Special offer for El Paso Inc. Best of El Paso: Get 25% off of the regular annual and two-year rate. Subscription includes:

Sign up and receive a free 7 day trial subscription to elpasoinc.com.

Free for 7 days
Get Started 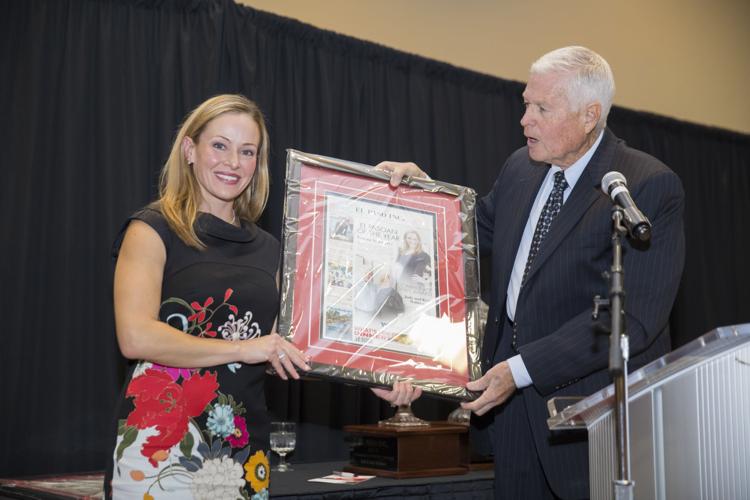 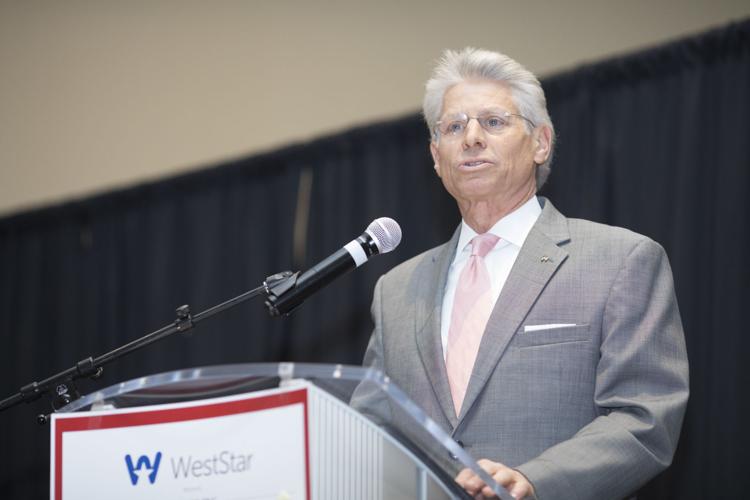 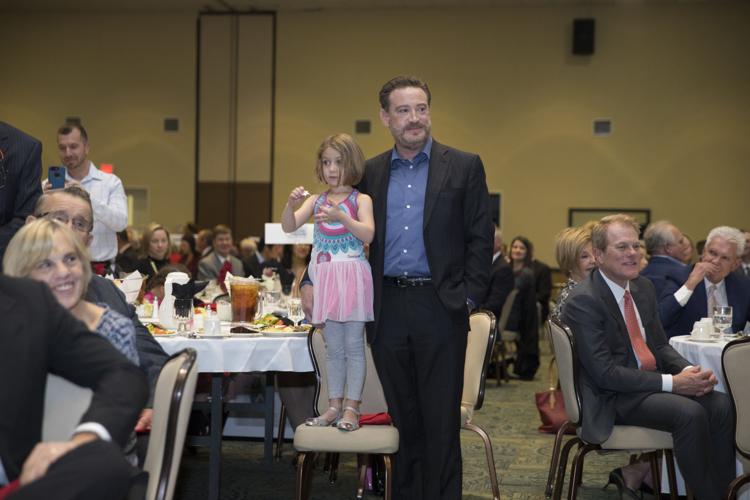 “We stand here today because of her tremendous success,” said Francis, who is chairman and CEO of WestStar Bank and the 2009 El Pasoan of the Year.

At 41, Schwartz has been president and executive director of the Medical Center of the Americas Foundation since its creation in 2009. She oversaw the design, construction and operation of the $27 million Cardwell Collaborative on the MCA’s 440-acre medical campus.

While overseeing the Cardwell Collaborative project, and raising a family, Schwartz has stayed busy on more than a dozen community boards and committees.

She is also a founder of Progress321, a new nonprofit leadership group that aims to make the region a more desirable place for young professionals.

“She’s not only a leader of the next generation who has made a difference in many people’s lives, but will continue to do so for decades to come,” Francis said, introducing Schwartz to an audience of more than 530 during the award ceremony Thursday at the Centennial Conference Center.

“I can’t think of a more important honor than this,” said Schwartz, who’s married to developer Doug Schwartz. “El Paso is my home. It is where I was born, lived my formative years, built my career, my family and my network of friends.

“Making a difference here in El Paso is more important than anything else I could imagine.”

Schwartz said she has had a lot of help along the way and called on more than 70 people in the audience to stand – friends, family, teachers and associates – who mentored her and supported the MCA effort.

They included Loretto Academy’s Sister Helen Santamaria and a long list of teachers and her pediatrician, Dr. Alan Alpard. He gave her resume to Mark Fry, head of Sierra Providence Hospital at the time, leading to the job that got her career going.

“Now, please look around the room and see how many people it takes in a community to make a vision a reality,” she said. “The point is that we all need a lot of mentors, being leaders and creating leaders.

“I challenge each of you to be inconvenienced by becoming a real mentor, and you will see the great rewards it returns to you.”

She also called on the audience to imagine the next vision for El Paso: partnering with Juárez’s thriving medical device industry, creating a supportive environment for high-tech startups and a robust clinical trials industry.

“As they say, the vision is free of charge, but the hustle is sold separately,” she concluded. “So let’s get back to work!”

Sharon Butterworth, a community leader known for her work in mental health, applauded Schwartz for her leadership and dedication.

“It just goes to show what a wonderful young generation that we’ve raised to lead this community,” Butterworth said. “She’s quite an example for the rest of the young population.”

Jonathan Macias, who meets that definition and is with Insight Consultancy, said Schwartz’s story is one of those encouraging examples of “the culmination of so much hard work.”

“I also love that perspective, that it really takes a village – or the community of El Paso.”

Businessman Leonard “Tripper” Goodman, who received El Paso Inc.’s Community Spirit Award in 2012, said he has worked closely with Schwartz and appreciates her energy and intelligence.

“I see so many things that she’s going to do for us, and I’ve had the wonderful experience of working with her,” he said. “I feel very fortunate.”

“She’s a smart and very beautiful and represents the up-and-coming women of El Paso who have a vision and the resources to be able to execute something like this and be a representative of all the women of El Paso.

“It makes me proud.”