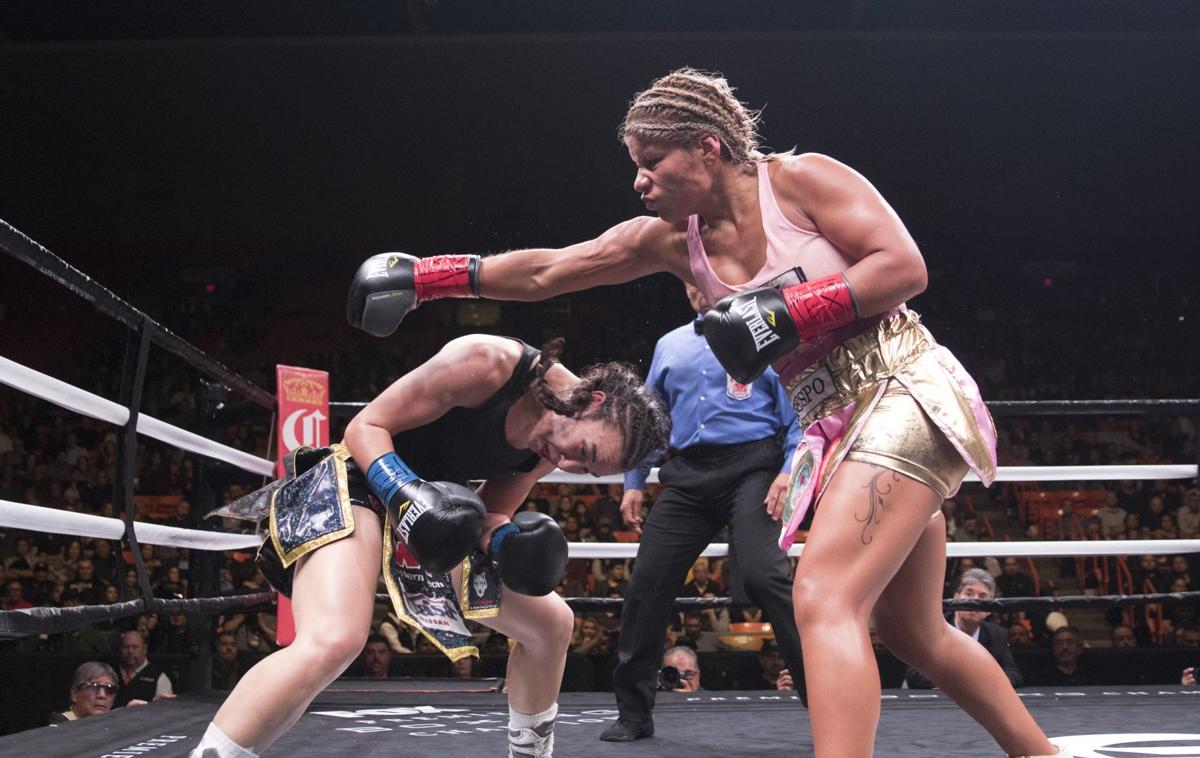 Jennifer Han, left, defended her title against Lizbeth Crespo in 2018 and returns to the ring on Feb. 15. 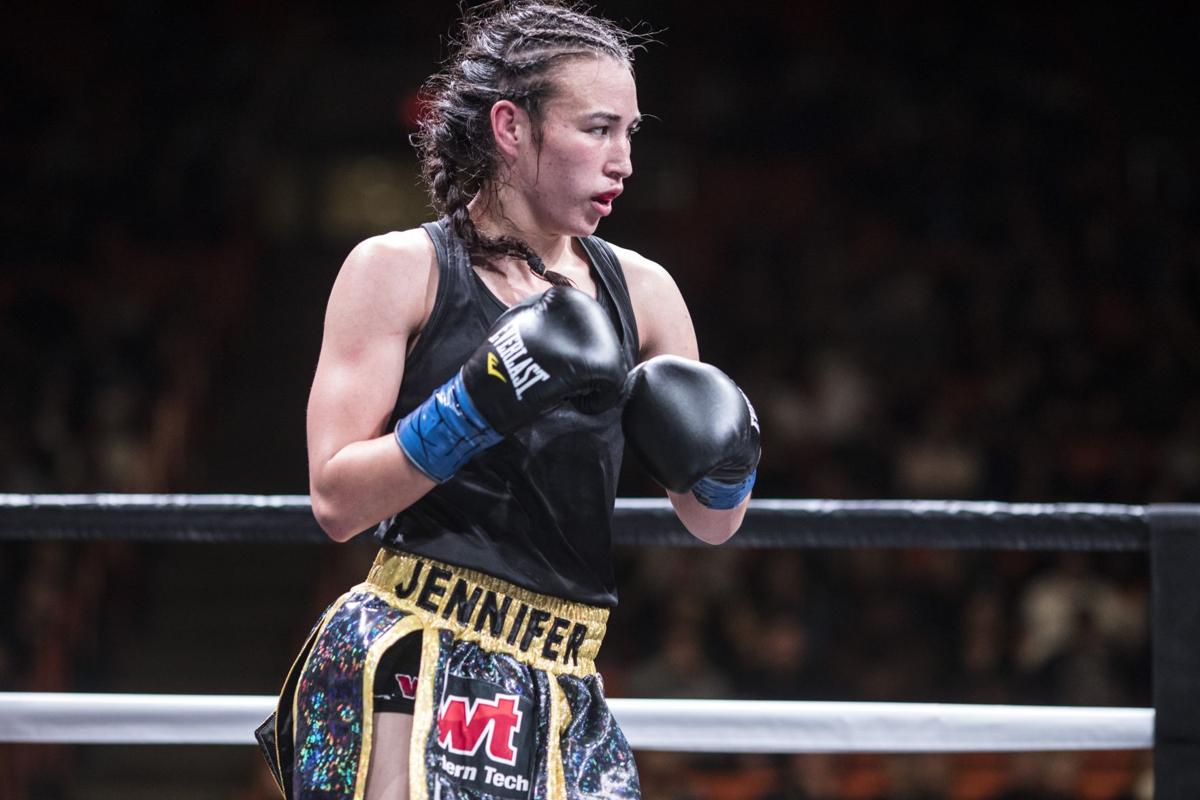 Jennifer Han, left, defended her title against Lizbeth Crespo in 2018 and returns to the ring on Feb. 15.

It’s been nearly two years since Jennifer Han, aka El Paso’s Sweetheart, has put on a pair of boxing gloves in a competitive bout.

She was busy with more important things – giving birth to her first child.

Little Ryan Moses, who made his way into the world just eight months ago, is the reason she’s been out of the ring.

And he’s the reason she’s getting back in.

The reigning International Boxing Federation featherweight champion, the 36-year-old Han (17-3-1), will make her long-awaited return to the ring to take on Jeri Sitzes in a non-title bout at the El Paso County Coliseum Feb. 15

Even though no title is at stake, this fight is considered a tune up for her next title defense.

“You have to be prepared every time you get in the ring, but I think the difference this time around is that I’m fighting at the heaviest weight (135 pounds) I’ve ever competed at,” said Han, who made her pro debut in 2009. “Usually I’m at 126, and even though it’s a non-title fight, I’m fighting one of the most experienced females I’ve ever faced.”

“Sitzes and I were in the Chuck Norris World Combat League together. We never fought each other but she’s an outstanding martial artist, kick boxing and boxer,” Han said. “After this bout, I will fight my mandatory title defense at 126 pounds. This match is meant to prepare me for my championship fight.”

Before preparing for any championships, Han had to prepare for her return to the ring.

And it wasn’t easy.

“After gaining 75 pounds during my pregnancy, it was much harder to lose the weight than I thought it would be,” said Han, a native El Pasoan and graduate of Irvin High School and UTEP. “Every person is different. My sister Stephanie had her baby and lost all the weight in about three months.

Han eventually lost the weight, but she gained something else in the process – new perspective.

“I think becoming a mother has made me mentally stronger,” she said. “Obviously I have a brand new set of eyes watching me now, and I want to be the best example I can be for him.

“He’s my future and everything I do now is not just for me, it’s for my family and for my son. My perspective has definitely changed for the better. It’s a new chapter in my life and I’m super blessed.”

Though Han’s just gone through a life-changing experience, it hasn’t deterred her passion.

“I want to fight as long as I feel at my best,” said Han, who was inducted into the El Paso Sports Hall of Fame in 2016. “I think the pregnancy gave me the rest that I needed, I feel rejuvenated. I’m 36 now, but I’m a very young 36, and there are still more title fights in my future.”

This will be eighth straight fight in El Paso for Han, and just like in any team sport, the home crowd makes a difference.

“I’ve fought all over the world but nothing beats fighting in El Paso,” she said. “I can feel all the positive energy coming from my fans and believe me, it makes a tangible difference. When I’m tired or feel like I can’t go on, the crowd helps me dig down deep and pull out things I never thought I could.”

“I want to make everyone proud of their ‘El Paso Sweetheart’ because I’m back,” she continued. “This is a new chapter in my life and I want everybody to be in it with me.”