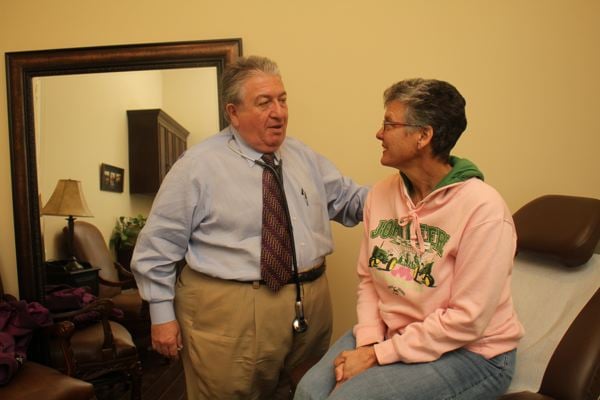 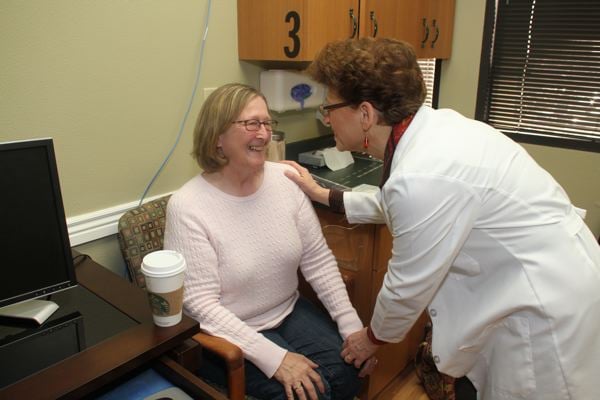 When it comes to doctor’s appointments, we’ve all been there at one time or another. Waiting forever in a room full of sick people. Feeling rushed through questions. Hoping he or she will return your calls. It’s just the way of the world, right?

Some doctors – and patients – say it’s not. A growing number of doctors are drastically reducing their patient load – for example, from 2,500 patients to 500 – so they can spend more time with each patient, making a long-term commitment to managing their medical conditions.

But a doctor can’t maintain an office, with all the equipment, staff and other expenses, with so few patients. So patients pay a fee in these size-limited practices, such as $1,500 a year ($125 a month, about the cost of some cell-phone plans) to receive the kind of in-depth and lengthy annual exams focused on prevention that are not traditionally covered by medical insurance. It’s a charge many feel is a real bargain.

You might want to think of this concept as “concierge medicine,” comparing it to the services you enjoy at luxury hotels such as scoring reservations or Broadway tickets. However, the program seems more comparable to one-on-one personal training, because to get the most out of it, you can’t just sit there and do nothing.

“I think of this as a partnership between patient and physician,” says Dr. Dwayne Aboud, a long-time El Paso internist who was recruited three years ago to affiliate with MDVIP, the Florida-based, market-leading corporation specializing in supporting limited-patient, personalized healthcare practices. The VIP stands for “value in prevention.”

After that comprehensive physical exam, including blood tests analyzed at the prestigious Cleveland Clinic, patients receive a wellness plan – and a new sense of accountability to their physician.

“I went into internal medicine years ago to prevent illness, but it’s very difficult to work on that when I was seeing up to 60 patients a day,” Aboud says. “It weighed on me that it was hard to spend more time with each person.”

Staying out of the hospital, where costs mount up fast, is an overriding goal. MDVIP practices nationwide saw a “79-percent reduction in hospital rates for Medicare patients (those over 65 years old) and a 72-percent decrease for those with commercial insurance between the ages of 35-64,” according to statistics published last month by the peer-reviewed American Journal of Managed Care.

MDVIP medical director Dr. Andrea Klemes, who is based in Boca Raton, shed light on that statistic. You could think of it this way: if 100 insured patients end up hospitalized, only 21 in the over-65 group or 28 of the 35 to 64 year-old MDVIP patients would need to be admitted. Pretty dramatic stats.

In 2010, MDVIP calculated average savings of $2,551 per patient due to fewer hospitalizations.

Dr. Arianna Bender, El Paso’s other MDVIP physician, also sees the educational benefits of her practice. She describes a patient in her mid-90s, living at home and cared for by one of her children.

“Her daughter and I needed to work together to micromanage her mother’s medications,” she says.

Bender trained her patient’s daughter to ensure her mother was on schedule and hydrated, with her vital signs recorded.

“We texted each other frequently to stay in touch,” she says. “I am very happy with what she and I were able to accomplish to be proactive in her mother’s care.”

It was another patient’s daughter who got Bender involved with the personalized medicine approach.

“My patient got sick while visiting her daughter in Washington, D.C.,” Bender says. “Her daughter’s doctor was with MDVIP and when she got back to El Paso, she told me about it. My patient said ‘you are the kind of doctor who wants to take care of problems sooner than later.’ She said I should look into this.”

“Now I’m happy,” she says, “And my patients are happy, which is even more important.”

Who are these medical VIPs?

So who pays $1,500 a year to have a doctor who is available by phone or email 24/7? I figured it’s a perk for the person who drives a Mercedes and vacations at exclusive resorts. I was wrong.

The two physicians I interviewed found that their patients run the entire gamut of the socio-economic scale, from painters and pensioners to professors and presidents.

When Dr. Dwayne Aboud was going through the extensive evaluation process for MDVIP-affiliated physicians (only one in 12 applicants succeeds), he was asked to list 100 of his current patients that he considered most likely to transfer to his new practice. Amazingly, not a single one on his list (based in part on economic status) followed him over.

“It turned out to be not strictly a dollars and cents decision,” he says. “It became more a matter of a patient’s philosophy toward health care.”

Dr. Arianna Bender agrees, thinking of the variety of her patients, including whole families. Some have complex issues that need coordinating with different specialists, she said, but she also has healthy young people who have “family histories of illness who want to focus on preventative care.”

Whatever their reasons, once patients join these practices, they seem satisfied. Renewal rates are 92 percent nationally for MDVIP practices.

John Paben, CEO/partner with Mid-West Textiles, thinks his decision to join may have saved his life.

“I liked the idea of capping the number of patients and having an after-hours number to call,” he said. “My friend said you didn’t have to wait for your appointment and sometimes time is worth more than money.”

Within a few days of signing up, he had his comprehensive physical, as usual. But what happened next was not. He got a call from Dr. Aboud sending him to the hospital that day for blood transfusions. He was severely anemic, which led Aboud to explore internal bleeding. Aboud called in experts and expedited tests, which led to a timely diagnosis of Stage 1 colon cancer.

With Aboud’s help with scheduling and decision-making, in less than three weeks – and during the busy holiday season – Paben went from sign-up to surgery. Today, with the rapid treatment, Paben is well on his way to recovery. It is not surprising that he is now encouraging family and friends to become medical VIPs as well.