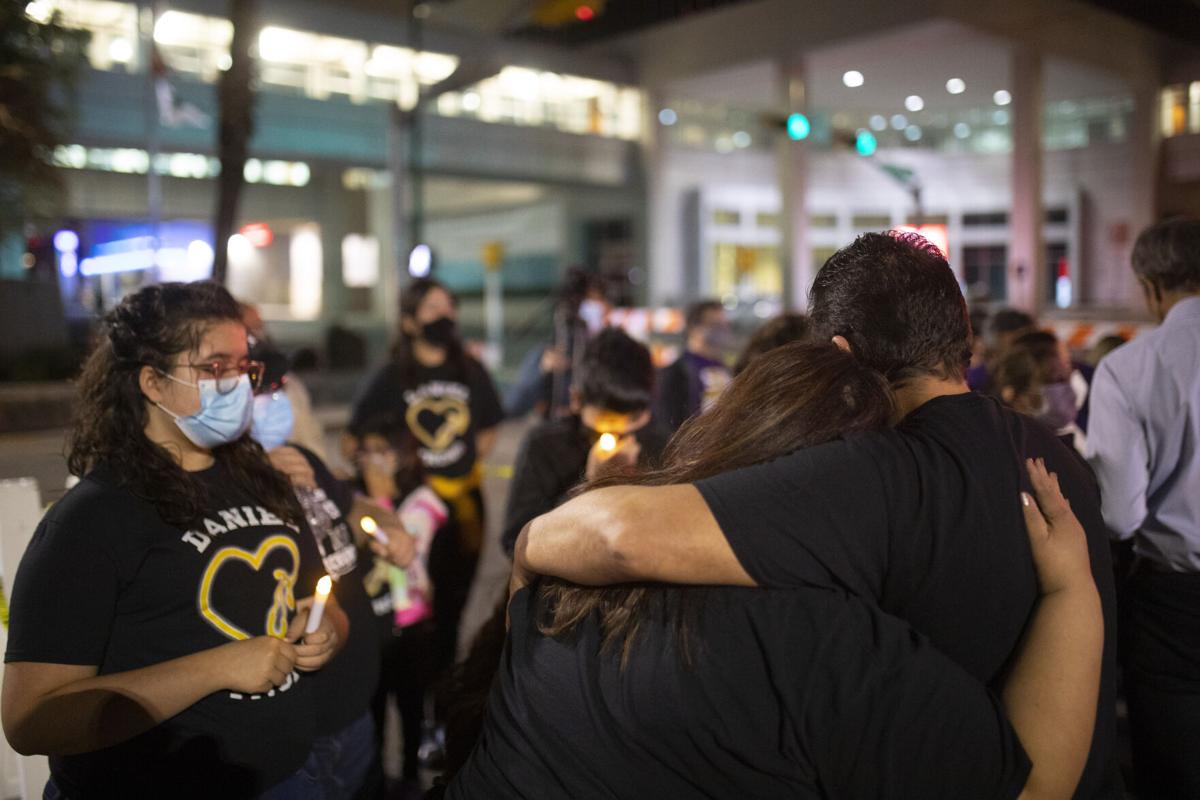 The family of Daniel Morales, a nurse died of COVID-19, embraces during a candlelight vigil honoring all those we have died of the virus. 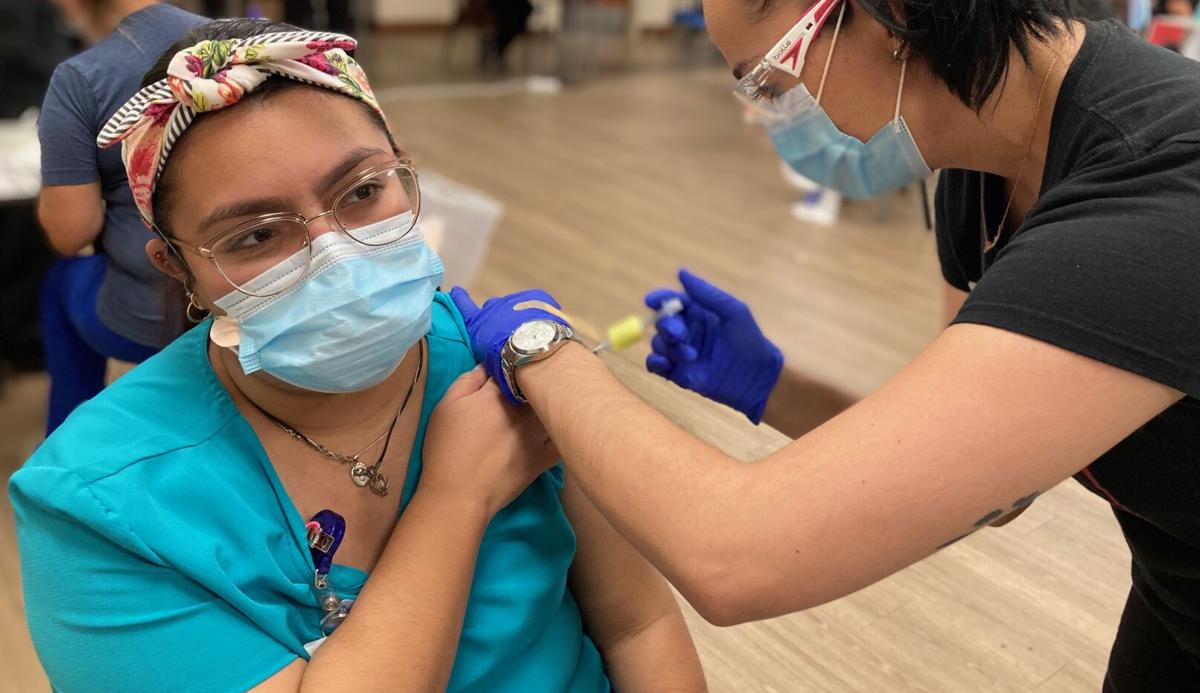 Healthcare workers at The Hospitals of Providence get their second dose of the COVID-19 vaccine in January. 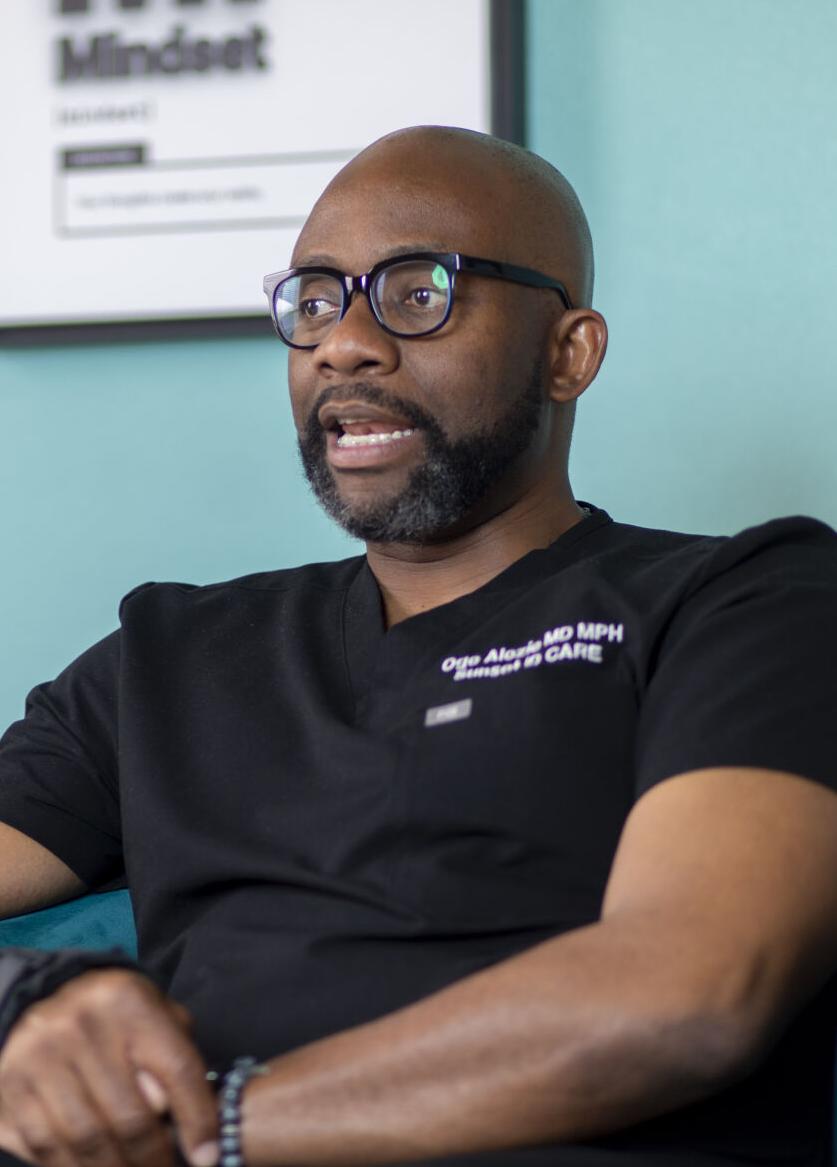 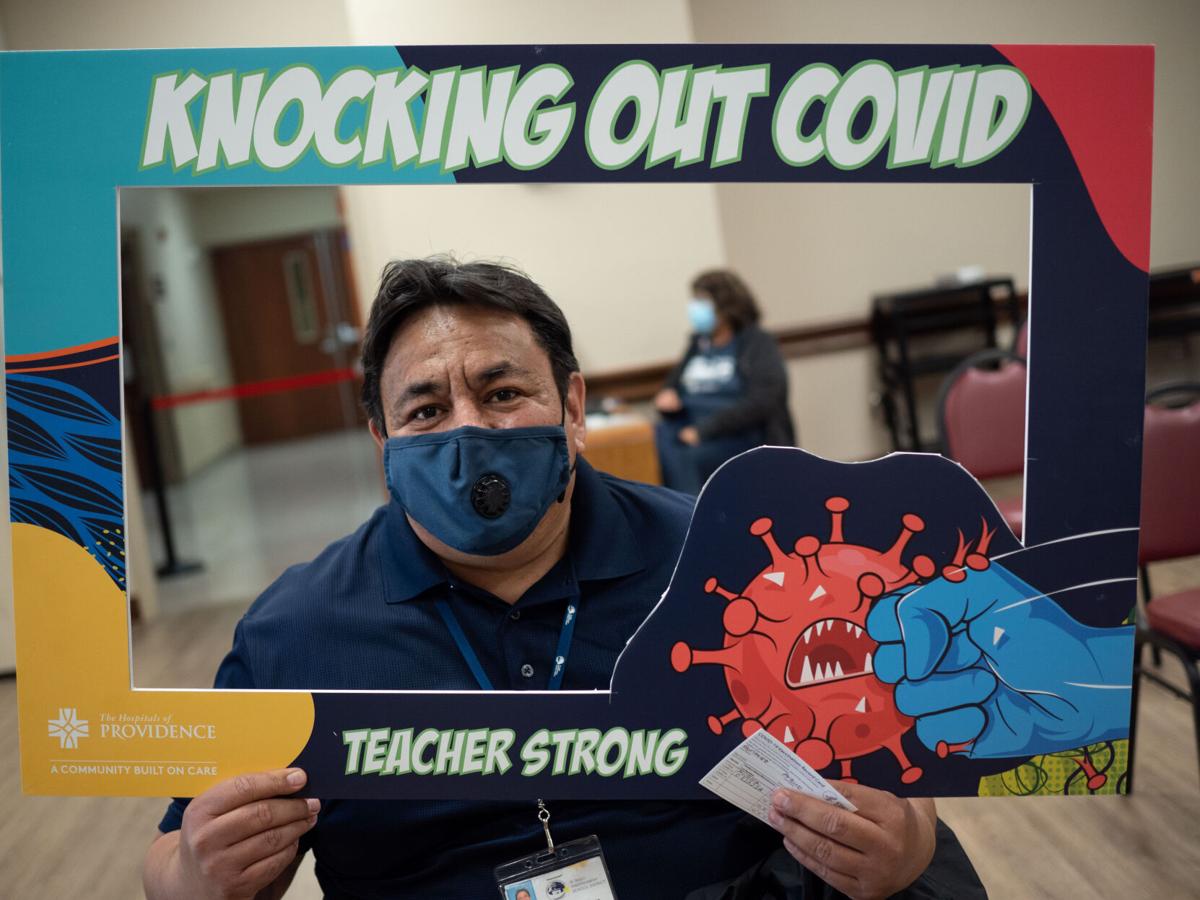 The Hospitals of Providence network has worked with nine school districts across El Paso, as well as some private schools, to vaccinate teachers.

The family of Daniel Morales, a nurse died of COVID-19, embraces during a candlelight vigil honoring all those we have died of the virus.

Healthcare workers at The Hospitals of Providence get their second dose of the COVID-19 vaccine in January.

The Hospitals of Providence network has worked with nine school districts across El Paso, as well as some private schools, to vaccinate teachers.

The world – and certainly the borderland – has experienced climbing death tolls since the World Health Organization declared COVID-19 a pandemic on March 11, 2020.

A year later – with 2.7 million deaths worldwide, 537,000 in the U.S. and nearly 2,300 in El Paso on record – the increasing availability of vaccines have provided a sense of hope that the spread of the deadly virus will be under control.

Despite the progress, experts warn that there’s still too many challenges and unknowns before we can reach herd immunity – including getting vaccines in the arms of more people, responding to variations of the virus now spreading, and controlling upticks in cases as more communities abandon mask mandates and open to normal operations.

Despite the complaints about how El Paso, its elected officials and major medical centers have handled the COVID-19 outbreak and the distribution of vaccines, one physician who’s been in the midst of it all says El Paso is on the road to recovery.

Since the first cases showed up in the U.S. a little over a year ago, El Paso has seen more than 2,500 deaths and more than 123,300 known recoveries, though medical authorities believe the latter number to be substantially higher.

“As a community, we have done well, and we have showed up very well as far as our vaccine percentages per capita are concerned,” said Dr. Ogechika Alozie, who was Del Sol Medical Center’s infectious disease specialist and co-chair of El Paso’s COVID-19 task force until Feb. 28.

Having said that, Alozie thinks “we failed” when it came to addressing the high levels of fear and vaccine hesitancy in the city’s African-American and Latino communities that COVID-19 hit the hardest.

Alozie, 48, was also one of Gov. Greg Abbott’s 11 appointees to the state’s Task Force on Infectious Disease Preparedness and Response.

It was all a wild ride that meant long days and included a bout with COVID-19 for both Alozie and his wife.

So what’s next in the anti-COVID campaign now? Especially given the increasing availability of vaccines showing themselves to be effective against COVID-19 and the several variations of the virus spreading across the U.S. and around the world?

“It’s important to understand that the whole point of going through a pandemic and letting science reign is to get to the point where you have vaccines that in this case have exceeded our wildest initial thoughts,” Alozie said. “That should be the focus.”

Alozie said the variant that we expected to be the most dominant in the United States isn’t increasing cases in Florida and has not shown any evidence that it escapes vaccines.

“If people just keep on masking and get vaccinated when they can, I think we’re going to have a Woodstock-esque summer and can let loose after being trapped for a year.”

“If you’ve been using a mask, keep on using a mask,” he added. “If you were not going into crowded areas a week ago, why would you change that now? We’re too close to getting better than for us to go backward.”

What about herd immunity, which occurs when so many people have been exposed to COVID-19 or gotten a vaccine that the virus effectively stops spreading?

El Paso’s getting there, Alozie said, and may already be close.

The El Paso Department of Public Health reports that more than 123,300 people have recovered from COVID-19 in El Paso County.

But, Alozie said that is probably only a third of the actual total.

Then, add the 284,000 vaccines that have been administered through mid-March, plus the hundreds if not thousands going into El Paso arms regularly. That could mean much of the county’s population has already had COVID-19 or been vaccinated.

COVID-19 will stop spreading when so many people are immune that the virus can’t spread, Alozie said.

“People forget that because our kids – up until the last decade – have been so well vaccinated that most school districts have never seen a case of measles – or chickenpox,” Alozie said.

Nearly a third of El Pasoans surveyed have coronavirus antibodies, according to preliminary …

What to know about vaccines, variants and herd immunity

(%) Percent of population 18 and older

Where to get the vaccine

Various entities across the borderland are offering the vaccine to priority groups, including people age 50 or older, health care workers, people with chronic health conditions, educators and childcare workers. They were to be available to all people 16 and older starting March 29. Here’s where to register:

Some private health care providers and clinics may also have smaller allotments of vaccines available; call your doctor for information.

COVID-19 Vaccine: What you need to know

protection (immunity) to the virus.

COVID-19 VACCINES WILL NOT GIVE YOU COVID-19

None of the vaccines in development or in use in the U.S. contain the live virus that causes COVID-19.

A common side effect is pain and swelling

at the injection site. Symptoms, such as fever, tiredness, chills and headaches are normal and are a sign that the body is building immunity.

It typically takes a few weeks for the body to build immunity after vaccination. That means it’s possible a person could be infected

with the virus that causes COVID-19 just before or just after vaccination and get sick. This is because the vaccine has not had enough time to provide protection.

CAN I STILL GET THE VIRUS LONG AFTER VACCINATION?

The goal of the vaccines is to teach our immune systems how to recognize and fight the virus that causes COVID-19. A vaccinated person can still be infected with or “carry” the virus while not having symptoms. Scientists are still learning how well it prevents people from spreading the virus.

*All given with shot in upper arm muscle

Does not contain: Eggs, preservatives

Does not contain: Eggs, preservatives, latex

Does not contain: Eggs, preservatives, latex