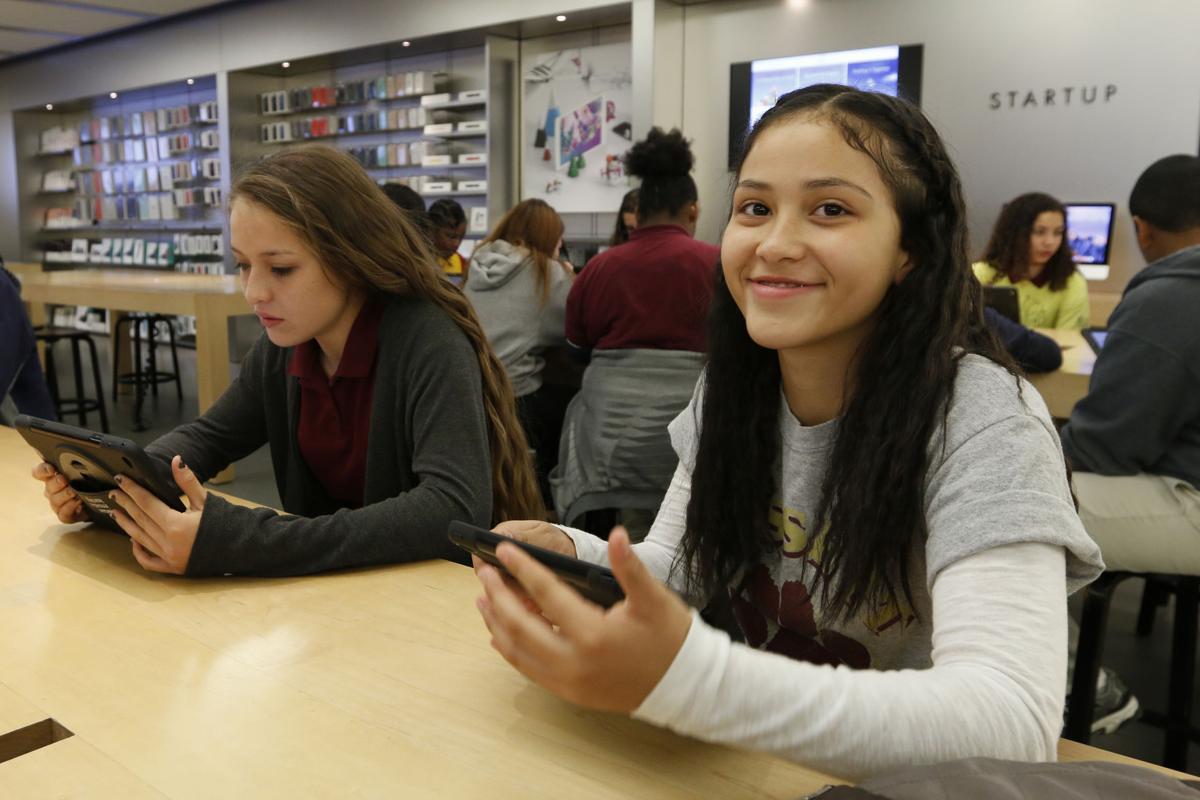 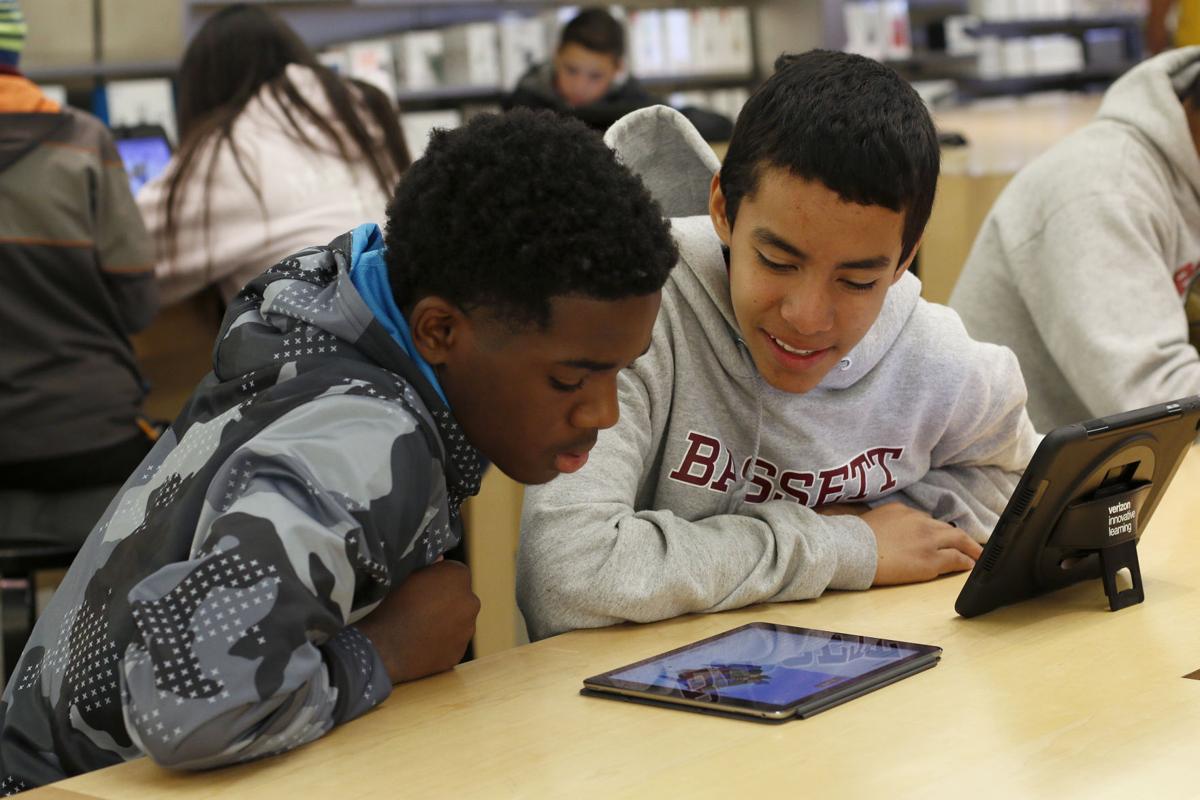 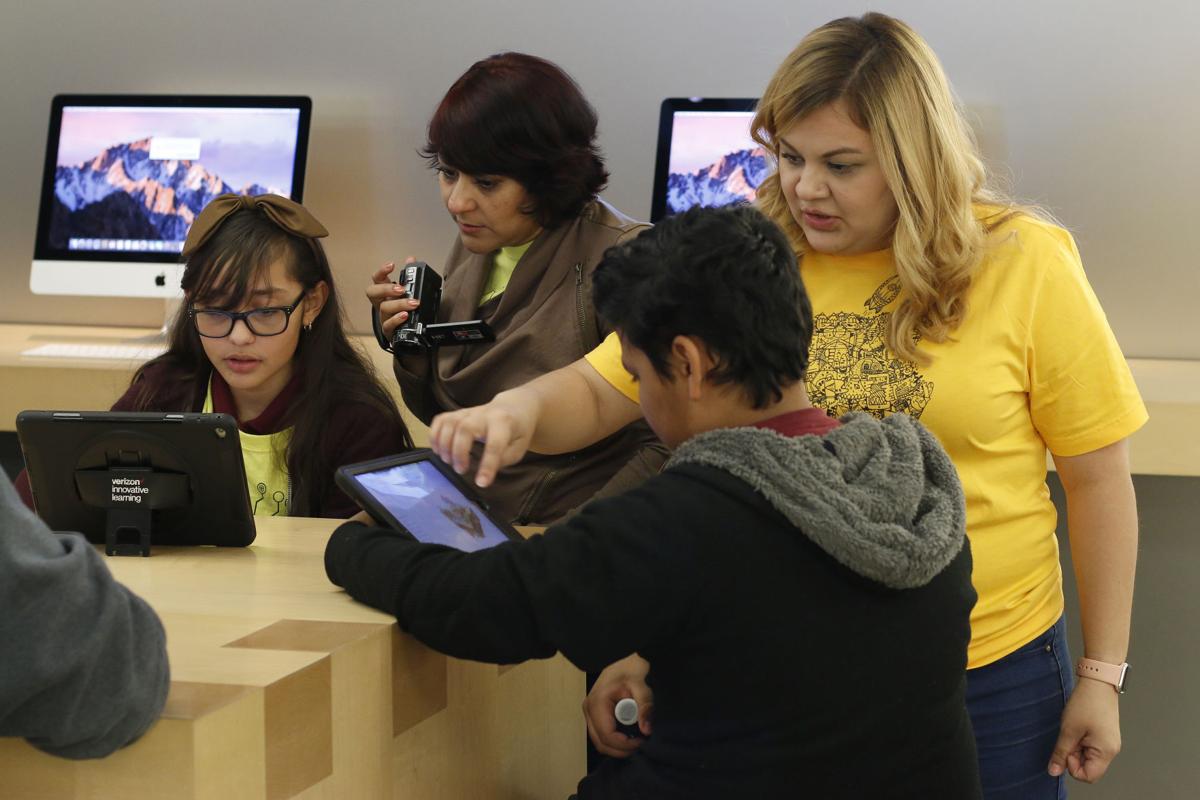 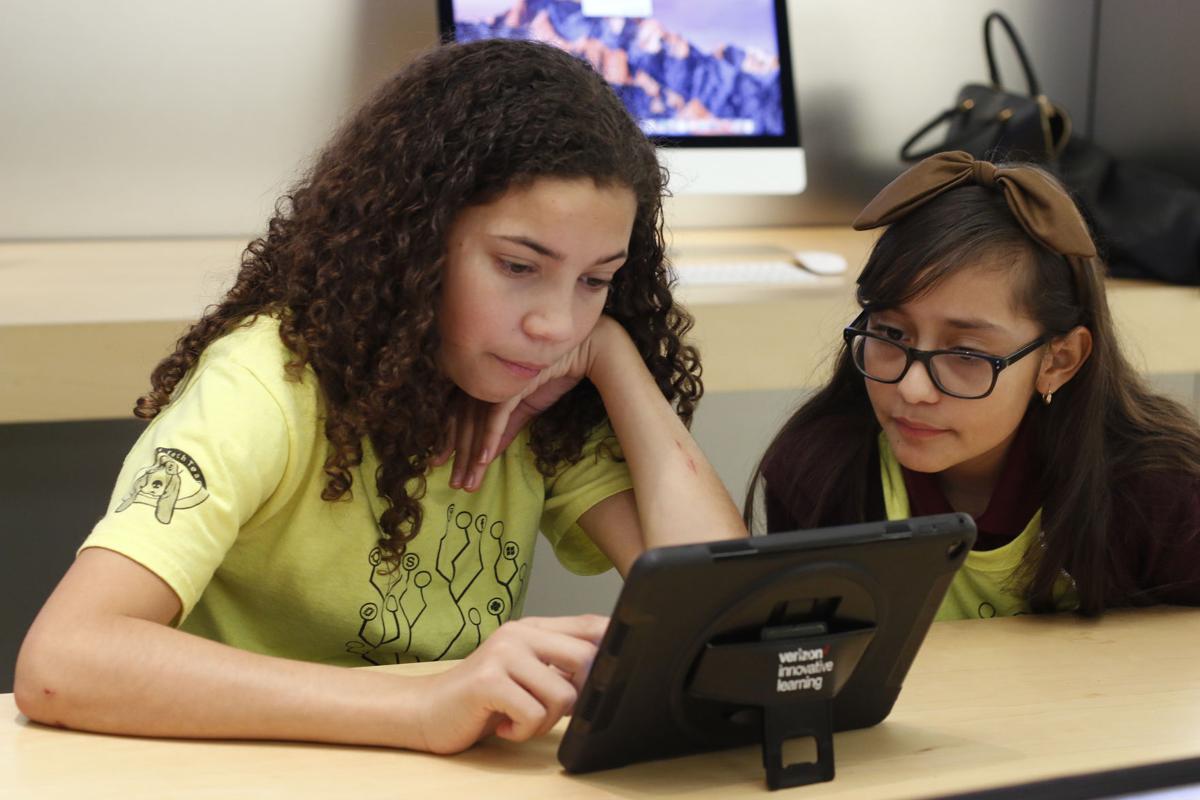 Coding is not the first thing that comes to mind when visiting the mall, but for EPISD middle school students Cielo Vista Mall became an extension of their classroom for an hour.

Bassett, Morehead, Armendariz, Charles and Henderson middle schools visited the Apple Store recently as part of the Verizon Innovative Learning Schools (VILS) grant and a push to introduce students to the fundamentals of coding.

“Coding is part of the larger STEM initiative that is happening all over the country to get kids interested in those areas that we are going to need students involved in,” said Timothy Holt, Executive Director of Blended Learning. “Some of these kids are already interested in coding, but others may have never tried it at all.”

Around 30 students from each school visited the store. Each group was slotted an hour to work with Apple trainers on coding using the Swift Playgrounds app on their iPads.

Using the app, which uses Swift programming language, students directed a character through a simple maze by creating code functions.

“The app works like a game. So they are learning actual coding language while playing the game,” Holt said. “This is a way of showing them they can be successful in coding. In the future there is going to be a need for more computer programmers not less.”

For eighth-grader Johana Lara coding is part of her family’s legacy. She started coding when she was around eight-years-old, thanks to her older brother who graduated from the Massachusetts Institute of Technology and now works for the software developing company MathWorks.

“I’ve worked with JavaScript and HTML. I thought it was difficult at first, but when my brother started at MIT he told me I should start coding,” Lara said. “I was intimidated by it, but once you start, it will start becoming more familiar.”

Although she was hesitant at first, Lara now understands the value of learning code.

“I think it’s important for kids to know coding because it is part of the future,” Lara said. “It’s really essential because a lot of jobs today require for you to know more about computers and how to do things with technology.”

Student Omar Mintz is new to coding but as an avid video game enthusiast, he is excited to learn more about it.

“I’m someone that really enjoys technology. I’ve always liked being part of a virtual world that you can get lost in,” Mintz said.

His favorite games of the moment are Star Wars Battlefront and Final Fantasy XV. As part of the VILS tech team, Mintz has started to learn more about the inner workings of technology – specifically the coding language essential to creating the games he loves.

“We’ve done coding in homeroom, and I’ve enjoyed it so far,” Mintz said. “I like the puzzle aspect that it has to it. I’ve actually put in personal time and effort to learn coding.”

Mintz hopes what he is learning will help launch his future endeavors in programming, and after seeing the sequencing involved in a simple app he has come to appreciate the amount of time that goes into making video games.

“I think that game developers put a lot of effort into making these games,” Mintz said. “Coming here has been a great experience. I am glad they allowed Bassett to come.”