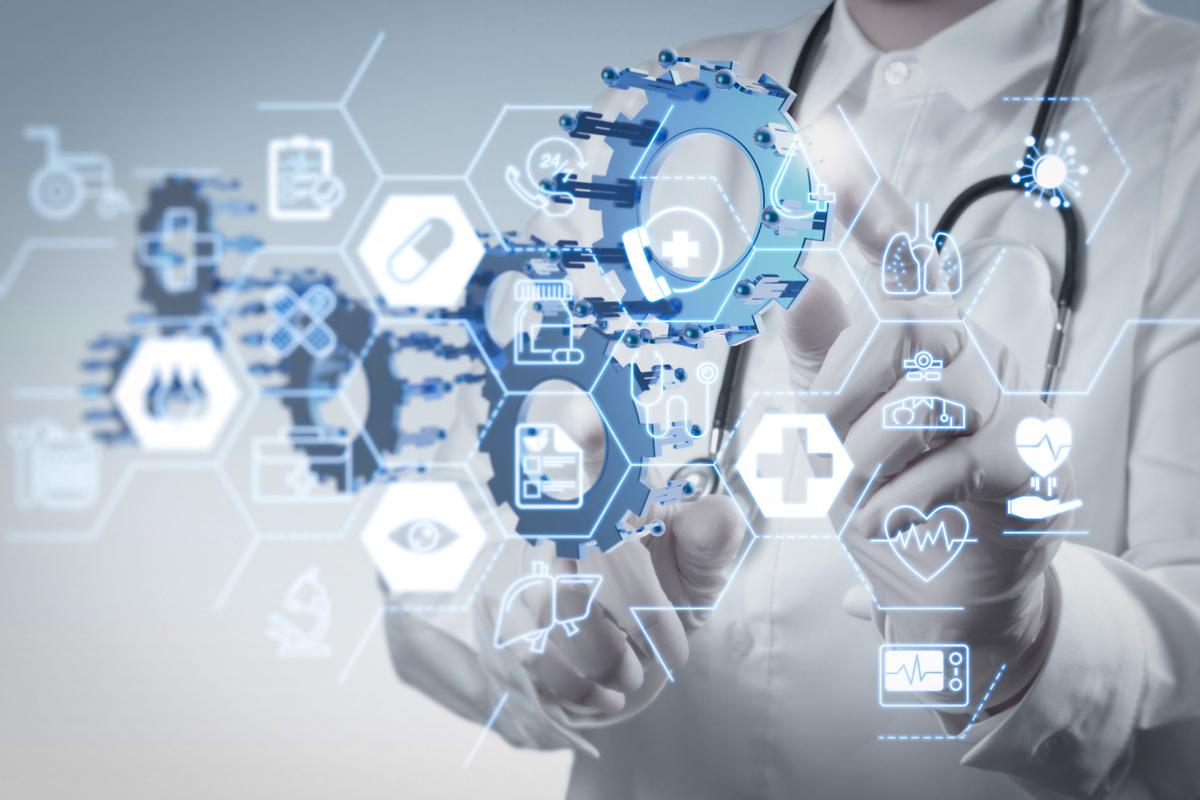 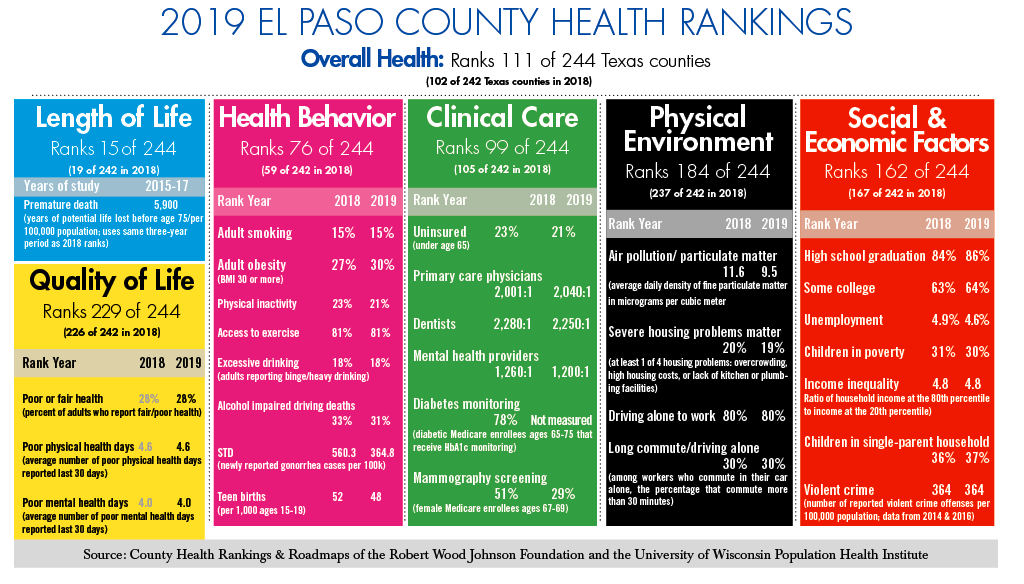 El Pasoans are living longer – but a lot less healthy in several areas – than those in most other Texas counties, a health study shows.

When compared to 244 Texas counties surveyed, El Paso ranks 15th in length of life but 229th in quality of life, according to the annual County Health Rankings and Roadmaps study. El Paso ranked 111th in overall health.

Those rankings show small drops over last year, when El Paso ranked 19th in length of life, 226th in quality of life, and 102nd in overall health.

A collaboration of the Robert Wood Johnson Foundation and the University of Wisconsin Population Health Institute, the study looks at an array of data, including some self-reporting statistics. That includes everything from how people rate their health to whether they smoke or drink to whether they have access to doctors, health insurance or recreational facilities.

In overall health, Austin ranked 40th; Dallas, 47; Houston, 184; and San Antonio, 121, the study shows. According to the rankings, Hartley County (in the Panhandle) is the healthiest in the state, while San Augustine County (far east Texas) is the least healthy.

Among the study’s goals is to look at health disparities – differences in opportunities and resources for better health among groups, particularly minorities, people living in poverty, those with physical or mental disabilities, women and LGBTQ persons.

Here’s a glance at some of the key rankings in the study for El Paso County.

For a full report, visit countyhealthrankings.org.