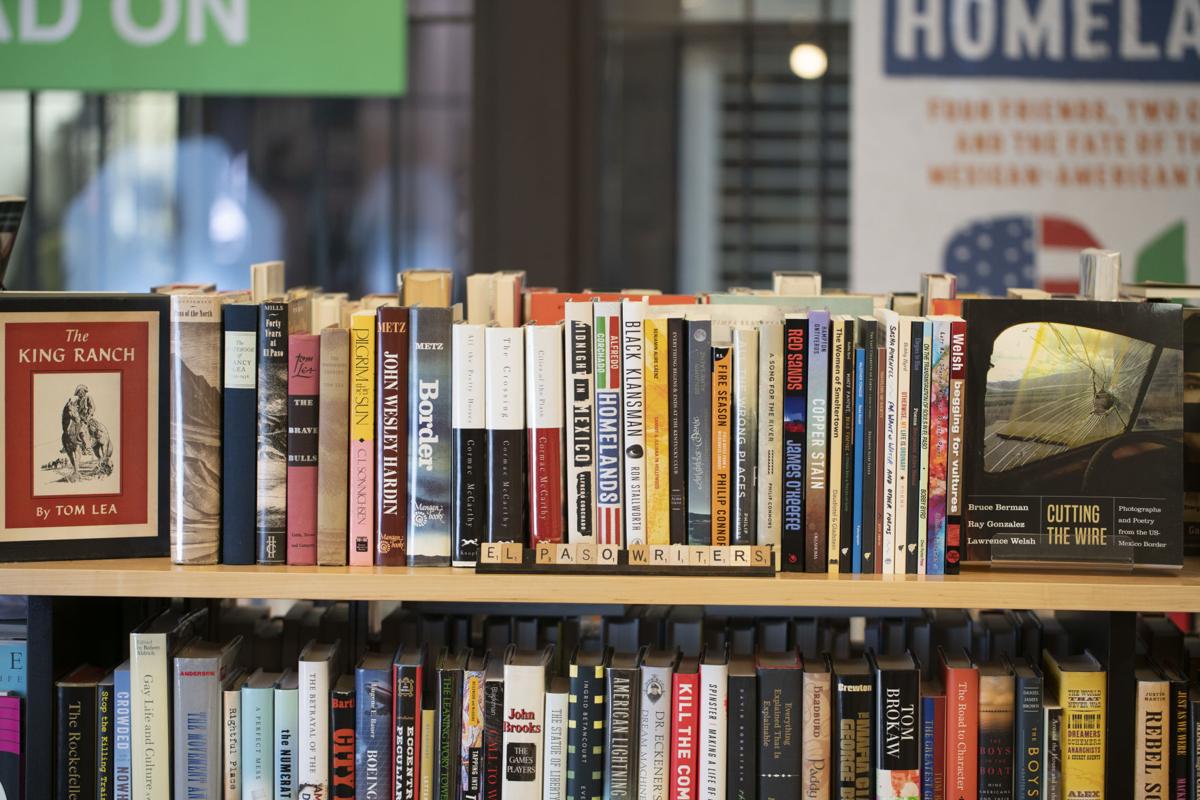 A collection of books by El Paso authors, past and present, at Literarity Book Shop. The books range from classic works of history to contemporary nonfiction, novels and poetry.

We hear that a chain of seafood restaurants with a Cajun twist is coming to El Paso. The Crazy Crab will open first in the Fountains at Farah, very soon, then followed by a location on Yarbrough.

The owners, who are from Michigan, plan to open a franchise called Kung Fu Tea, a national boba tea chain, also in the Fountains at Farah.

And there’s more news about Dutch Bros. coffee coming to El Paso. In addition to a location near West Towne Marketplace in Northwest El Paso, they will also open in the former Bush’s Chicken restaurant on North Mesa.

When they open, ask them about their secret menu items.

We’re happy to report that El Paso’s own Literarity Book Shop made AAA’s list of 10 great independent bookstores in Texas.

Literarity was opened by Bill and Mary Anna Clark in Pepper Tree Square on North Mesa in 2017. Their store comes in at No. 3 in Texas, after shops in Austin and Archer City.

The Clarks are known for their laser focus on local and regional authors, plus a great selection of collectibles, used books and new releases.

As Bill Clark says, “We guide people to the books we love and care about.”

You may recall during El Paso Inc.’s El Pasoan of the Year festivities mention of a special short film this fine publication was co-producing with the El Paso Community Foundation. We’re pleased to report that “Health Care Heroes” has made it out of the cutting room floor and is queued up to show on the big screen during the Plaza Classic Film Festival.

The short film is a gift to the El Paso community and honors the region’s frontline health care heroes, this year’s El Pasoans of the Year honorees.

A big thank you to everyone who helped make the project possible.

Got a Whisper? Email ford@elpasoinc.com

Whispers: House built by golf legend hits market, along with one with a dark past

Whispers: Winefest is back, The Iveys on tap and food news

Whispers: Amazon hiring, El Paso in the news and the most fun states

Whispers: Stand by for news, it's a sign, and Laura Tate Goldman nominations