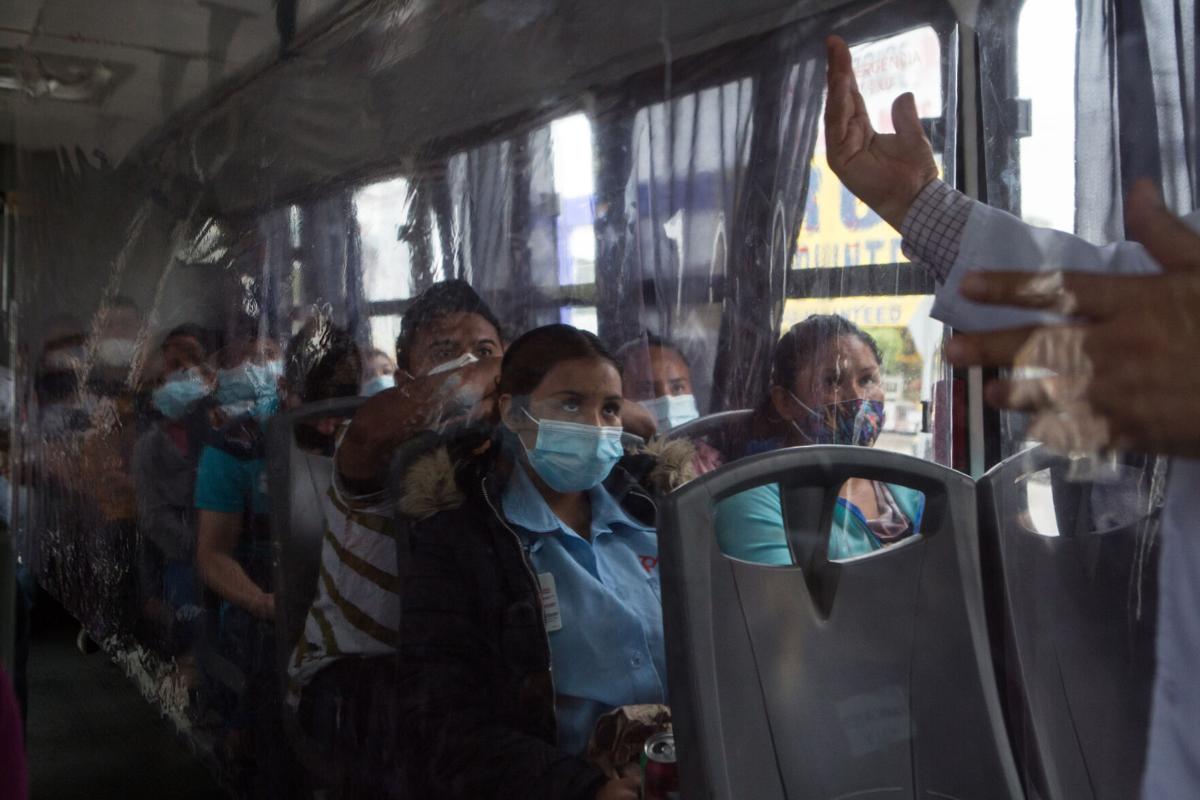 An organizer with a vaccination program explains to Poly employees and family members in Tijuana, Mexico, on June 29, how the vaccinations would be administered. Workers in factories that produce goods for the U.S. are getting American vaccines and officials in both countries hope the program will help reopen the border and restore their economies. 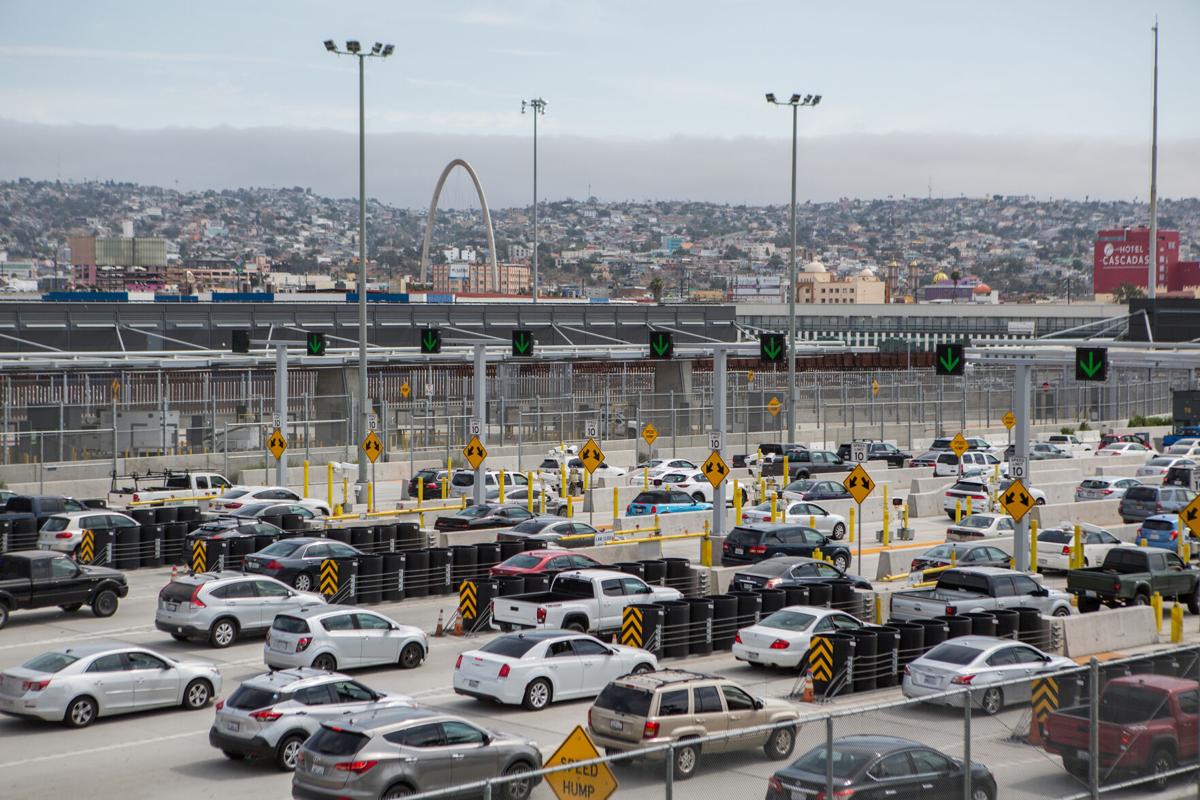 Traffic along the border crossing into Tijuana, Mexico. 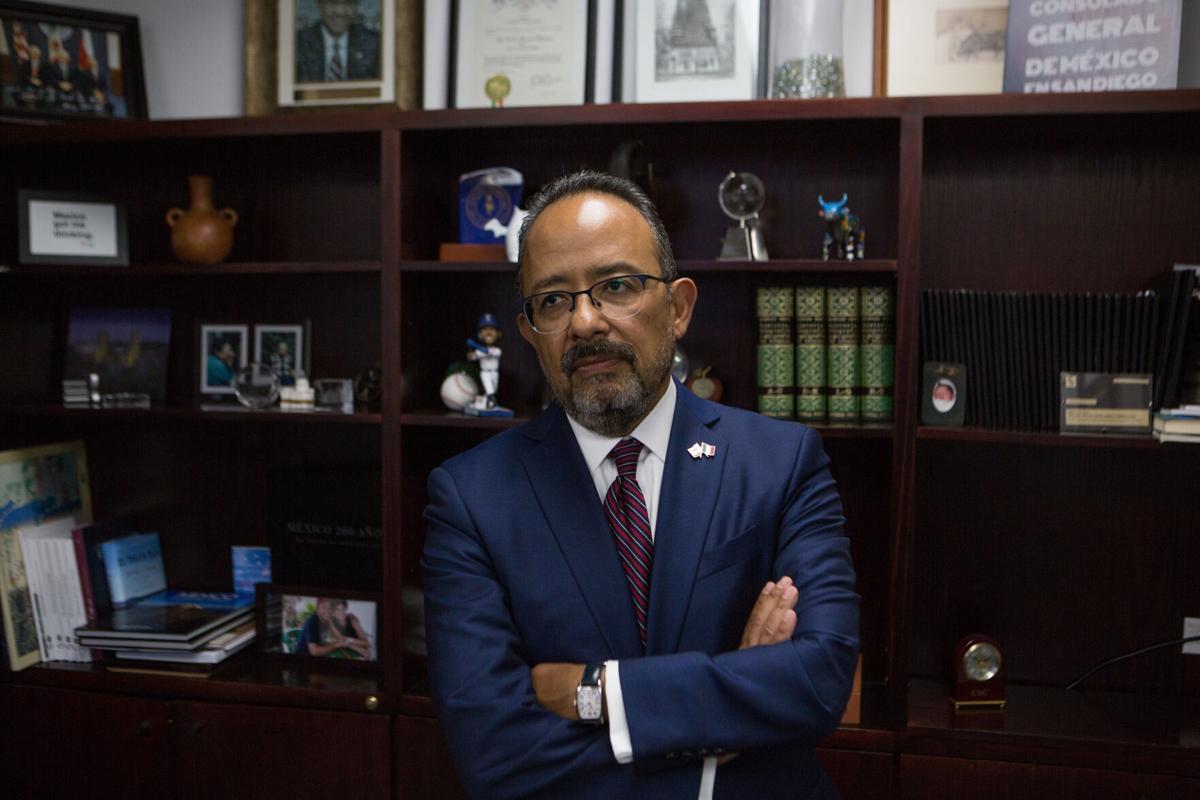 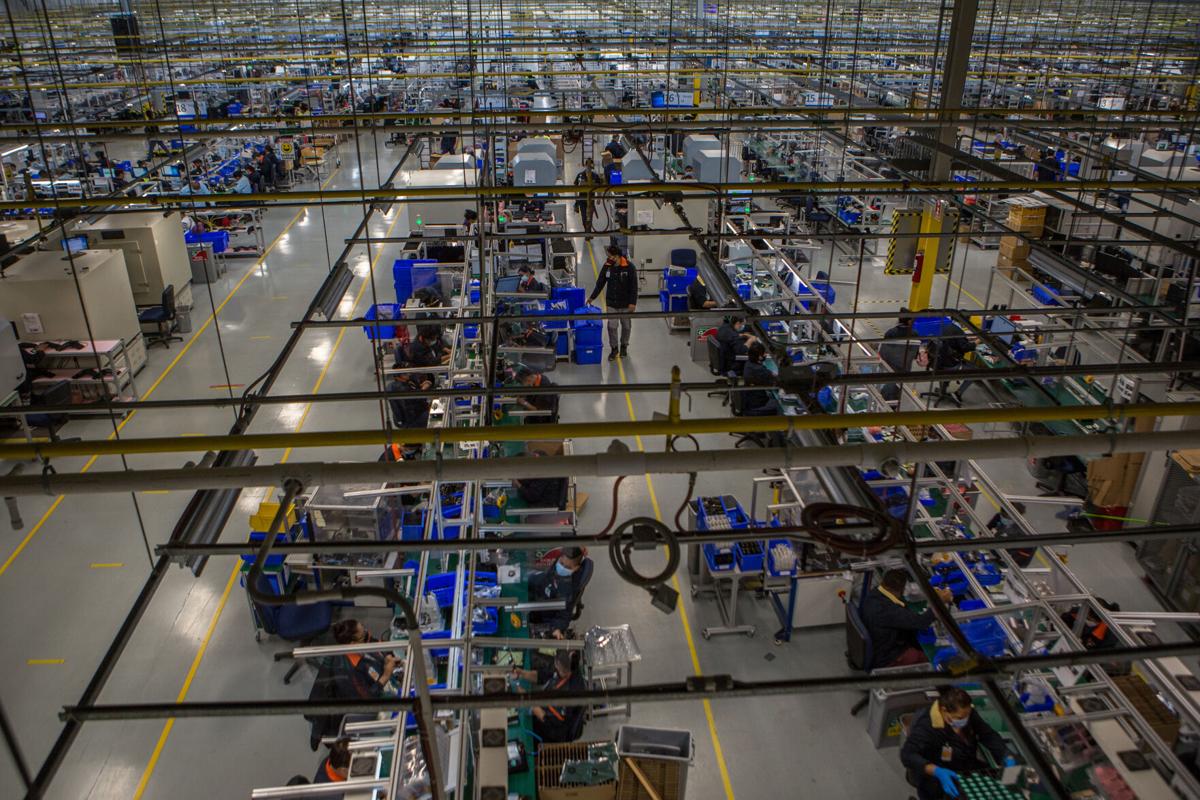 Assembly lines at the Poly factory in Tijuana, Mexico.

An organizer with a vaccination program explains to Poly employees and family members in Tijuana, Mexico, on June 29, how the vaccinations would be administered. Workers in factories that produce goods for the U.S. are getting American vaccines and officials in both countries hope the program will help reopen the border and restore their economies.

Traffic along the border crossing into Tijuana, Mexico.

Assembly lines at the Poly factory in Tijuana, Mexico.

TIJUANA — They labor in factories in Mexico producing goods U.S. consumers enjoy. But where American communities are awash in unused coronavirus vaccines, Mexican workers are often hard-pressed to find a single shot.

On one recent morning, however, hundreds of workers from the factories known as maquiladoras were waved across the border into San Diego, without visas or passports, and rolled up their sleeves to be vaccinated. An hour later, they were back on production lines in Tijuana.

The goal was to protect not just the workers, but also the closely intertwined U.S. and Mexican economies.

“If the maquiladoras can’t operate, then we don’t get our Coca-Cola,” said Lydia Ikeda, senior director of COVID operations at the University of California San Diego Health, which is helping run the program. “We cannot be isolated.”

In El Paso, county officials recently announced the start of their own program, which seeks to donate up to 50,000 vaccines to factory workers in Juárez.

The cross-border vaccination effort is meant to remedy the kind of disparity in vaccine access that economists have warned could hurt all countries: Unless privileged nations like the United States share their wealth of COVID-19 vaccines with poorer nations, experts say, a robust global economic rebound will remain out of reach.

The Biden administration has pledged to share 80 million doses, including 4 million for Mexico.

But along the U.S.-Mexico border, where a pandemic border closure and the lack of vaccines in Mexico threaten to keep local economic recovery at bay, officials from both nations have found a way to share surplus vaccines from Texas and California with Mexicans on the other side.

“We are divided by a virtual line,” Ikeda said, gesturing to the border. “To get them vaccinated is the only way for us to get out of the pandemic.”

For Ikeda, the prolonged pain of the pandemic has only strengthened her belief that to beat the virus and restore social and economic normalcy, nations must work together.

At the start of the pandemic, as governments closed their borders and hoarded masks and ventilators, it sometimes seemed globalization itself was breaking down. Supply chains dried up, consumers scrambled to find pasta and factories to find computer chips.

For Mexico and the United States, restoring cooperation is especially vital. Bilateral trade between the countries reached $612 billion in 2019. American companies manufacture billions of dollars worth of goods in Mexico, with maquiladoras assembling hundreds of thousands of Ford cars and Honeywell products every year.

The idea of sharing vaccines with workers just across the border first occurred to Carlos González Gutiérrez, Mexico’s consul general in San Diego, when he watched as college students and unauthorized workers plucking berries in California’s fields received the vaccine with relative ease while Mexico struggled to provide them for its elderly.

At the same time, as the number of Americans seeking coronavirus vaccines began to plateau in May, doses of Johnson & Johnson approached their expiration dates in San Diego County.

“There is something very unfair in the fact that my 22-year-old daughter could be vaccinated here while people in my country, over 60 years old, had to wait in line for their turn,” González said.

González reached out to San Diego County officials with a proposal: Why not give the vaccines nearing expiration to the thousands of Mexican factory workers just across the border?

Soon, Mexican and U.S. officials agreed that San Diego’s excess vaccines, all Johnson & Johnson, would be sold to American companies with factories in Mexico.

By May, San Diego County received permission from the federal government — which owns the vaccines — to sell the shots, and worked with the Department of Homeland Security to allow Mexicans without visas to cross the border to receive them.

The pilot program was launched in late May with American companies that included Coca-Cola and Poly, a California communications company that built the headset that Neil Armstrong used to transmit news of his moon landing in 1969. The companies bused their factory workers to the border, where health care workers from UC San Diego administered the vaccines in a controlled area.

The companies also committed to providing vaccines to their employees’ families and to front-line workers in the state of Baja California, where Tijuana is, administering 26,000 shots by early July.

“The two cities are very interdependent,” Alex Bustamante, a senior adviser to Poly, said of Tijuana and San Diego. “It’s not just about the numbers of people who cross every day for school or shopping or visiting family. You have fields here in Baja California that feed the U.S. The cities can’t be de-linked.”

The success of the pilot program led to its expansion.

Officials in Hidalgo County, Texas, announced this month that hundreds of Mexican factory workers would be bused in for vaccinations from Reynosa, a city in the northern Mexican state of Tamaulipas, where some 188,000 workers manufacture goods for the global economy.

Mexican and local U.S. officials hope the maquiladora vaccination program will encourage the United States to reopen the land border with Mexico. Its closing dried up the flow of shoppers who used to cross over to the United States.

“As much as we think Mexico may depend upon us, we depend a lot on Mexico,” said Nora Vargas, a supervisor on the San Diego County board.

Nearly 200 San Diego companies along the border have gone out of business in the past year, Vargas said.

Families living on both sides of the border no longer crisscross to attend weddings and birthdays, or to meet up for dinner and a movie. One of the last vestiges of the thriving, interconnected life that once straddled the border are the Mexican schoolchildren who still cross into the United States daily to attend private schools, lunchboxes swinging in hand, exempt from the restrictions.

While Mexicans cannot enter the United States for nonessential travel, U.S. citizens can travel to Mexico, where many go for less expensive dental work or because it is cheaper to live in Tijuana and commute to San Diego, a 30-minute drive.

On a recent day on the San Diego side of the border crossing, a woman carted a wagon stacked with boxes of Hot Pockets into Mexico. An older American veteran walked from San Diego County back to his apartment in Tijuana while complaining aloud about illegal immigrants and the cost of living in California.

On the Tijuana side, José Alejandro Aguilar Cervantes boarded a bus at the Poly factory, prepared to head up to San Diego with some 400 others for a vaccine. After years of unsuccessfully applying for a visa to the United States, he said, he was finally being allowed entry, albeit fleetingly.

“I often look across the border, imagining what life is like there,” Cervantes said. “The vaccine will make me feel like we are kind of like them.”