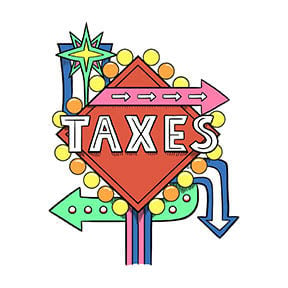 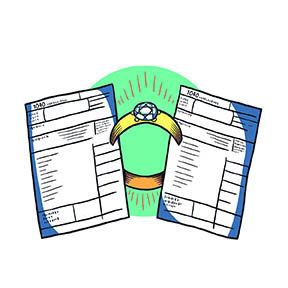 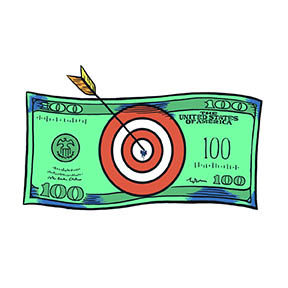 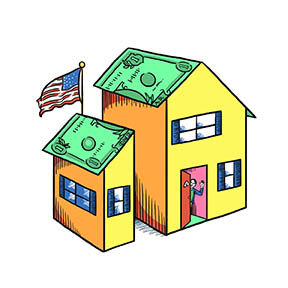 Whittling your taxes to the legal minimum and avoiding traps isn’t always easy, but putting in some effort may save you money.

Taxpayers this year still have to navigate the 3.9-million-word Internal Revenue Code and may also have to deal with several new factors. They include the Protecting Americans From Tax Hikes Act that President Barack Obama signed in late December, a landmark Supreme Court decision last June upholding same-sex marriage, continuing confusion over health care legislation, and tax complications that have arisen with the emergence of services like Uber and Airbnb.

Even if you have your return professionally prepared, finding the right data can be quite a paper chase. Employers, banks, brokerage houses and other payers issue you forms W-2 and 1099 and sometimes Schedule K-1 and report the same information to the Internal Revenue Service, which matches tax returns with the payers’ reports.

If you overlook a deduction or credit to which you are entitled, you won’t run afoul of the IRS, but you will be overpaying your taxes. These tips from tax professionals may help you cope with all this.

For most people, the Affordable Care Act requires only that they check a box on their returns saying that they had health insurance all year, said Bob Meighan, a vice president at Intuit for TurboTax software. But for others the health care law has created a blizzard of tax forms.

People who qualify for advance tax credits that lower the cost of monthly premium payments must file Form 8962, for example. If you claim that you were exempt from health care coverage, you must file Form 8965. Tax software can help because it asks questions and uses the answers to fill out the forms.

About 70 percent of U.S. taxpayers qualify for the FreeFile program, which is generally for people whose adjusted gross income is below $62,000, said Barbara Weltman, a lawyer and tax expert in Vero Beach, Florida.

Then there are the 1095 forms, which come in three versions. Many employers send Form 1095-C to employees, including those who may have opted out for reasons like coverage by a spouse’s plan. “Just keep the form,” Weltman said.

It is not necessary to file it with your return. A variation, 1095-B, is issued by smaller companies with health reimbursement arrangements and other self-insured plans, she said.

People who bought coverage through HealthCare.gov receive Form 1095-A, and recipients will need to use 1095-A when they fill out Form 8962. The IRS website, www.irs.gov, has plenty of information on this.

Want to bet this is easy? You lose. Winnings are reported on the front of Form 1040 on Line 21, other income, but losses go on Schedule A as a miscellaneous itemized deduction, said Julian Block, a tax lawyer. One does not directly offset the other as trades in stocks, bonds or other assets do on Schedule D.

Whether fantasy sports amount to gambling is being argued in court, but winners will receive a Form 1099-MISC, to be reported on the 1040, said Greg Rosica, a tax partner at Ernst & Young in Tampa, Florida.

Susan Sommer, director of constitutional litigation for Lambda Legal, said the ruling meant that same-sex couples, like any other married couple, were legally required to file their tax returns as married filing jointly or married filing separately.

Generally joint returns result in a lower overall tax for couples, but depending on individual circumstances, two separate returns may be beneficial. If this is the first time a couple files as married, it could be beneficial to calculate what the results would be both ways, then decide how to file.

Sommer said the decision applied retroactively and to all states. Some people might benefit from filing amended returns for previous years when they had to file as single, she said.

Certain tax credits for education have been extended, as have deductions for teachers who use their own money to buy supplies and books for students. The child tax credit has been enhanced, and a provision allowing people who itemize deductions to deduct the higher of state income taxes or sales taxes has been made permanent.

Another provision allows those over age 70 1/2 to make charitable contributions directly from an individual retirement account.

It will count as a required minimum distribution or part of one, and because the money goes directly to the charity, the distribution will not raise adjusted gross income, avoiding a possible increase in tax liability, said Sidney Kess, a certified public accountant and lawyer in New York.

This change isn’t retroactive, so people who made charitable contributions last year can’t go back and characterize them as having come from their IRAs.

The overall audit rate for 2015 was less than 1 percent of individual returns, but for those with incomes of more than $1 million the rate was 7 percent, said Mark Nash, a tax partner at PricewaterhouseCoopers in Dallas.

“The IRS focuses on high-net-worth individuals,” he said.

Personal use of corporate aircraft and big charitable contributions were often cited in audits, he said. To win in an audit, he said, “make sure you have documentation” to substantiate your tax return. That includes financial records, receipts and even personal journals for business expenses.

Uncle Sam’s take on this is straightforward: The Treasury gets its share. So if you rented out your house or a room or two through Airbnb or earned some money as an Uber driver, you may be liable for taxes, Rosica said.

Companies like Uber issue 1099s for non-employee compensation, and recipients may need to file Schedule C as self-employed contractors, which allows them to deduct expenses incurred. Some states, including New York, are questioning whether people who drive for Uber are contractors or employees, but for this tax season participants must file based on the forms they receive.

Airbnb sends out 1099s for rental income, which is reported on Schedule E, where deductions for expenses can also be taken. Less than 15 days of rental income can be excluded, Rosica said.

The IRS is intensifying efforts to combat identity theft, which has been increasing. It said that in 2015, through November, it had rejected or suspended the processing of 4.8 million suspicious returns and had stopped 1.4 million returns totaling $8 billion in which identity theft had taken place.

Block advises taxpayers who are worried about this to file early in the hope of getting their returns in before a thief can file a false one. Another strategy is to file a new Form W-4 with employers to reduce withholding. That way, you will have a small balance due next year so that if a thief has claimed a refund, you will not have to wait for yours while the IRS sorts it out.