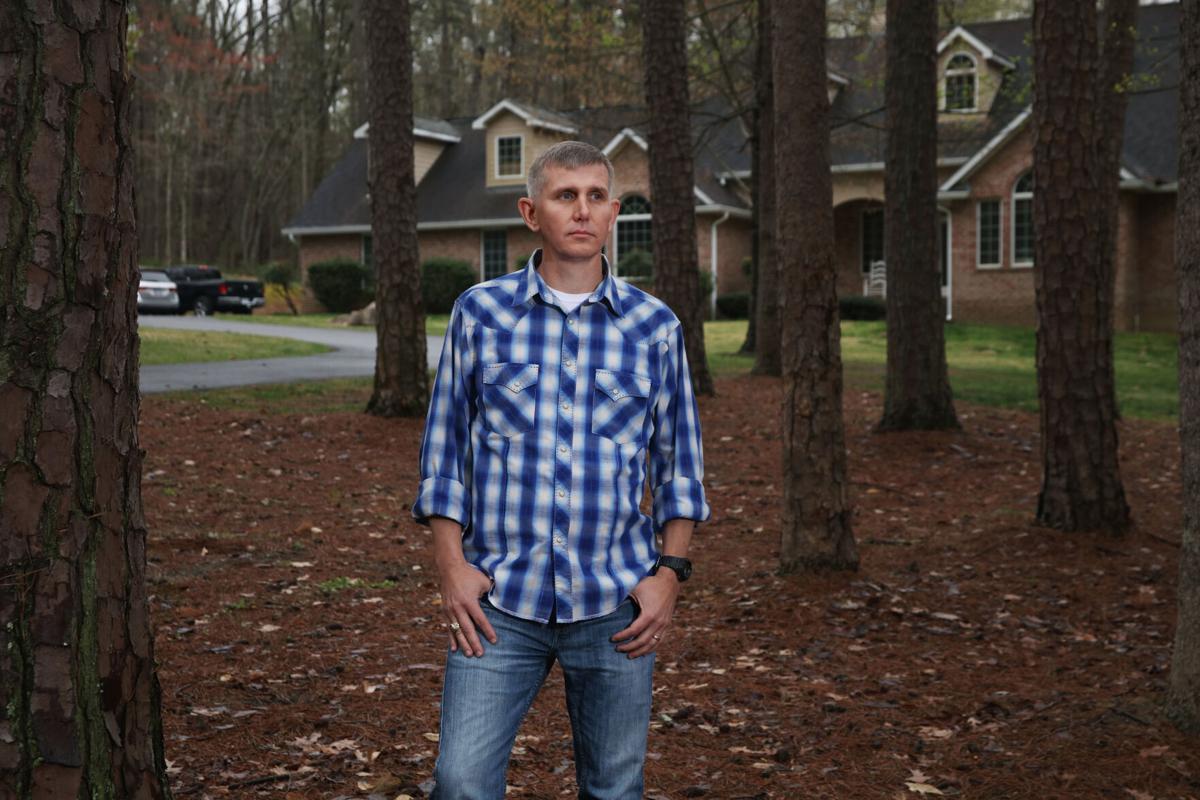 Dr. Ty Bullard, an anesthesiologist in Chapel Hill, North Carolina, created a program on personal finance for medical residents at the University of North Carolina. 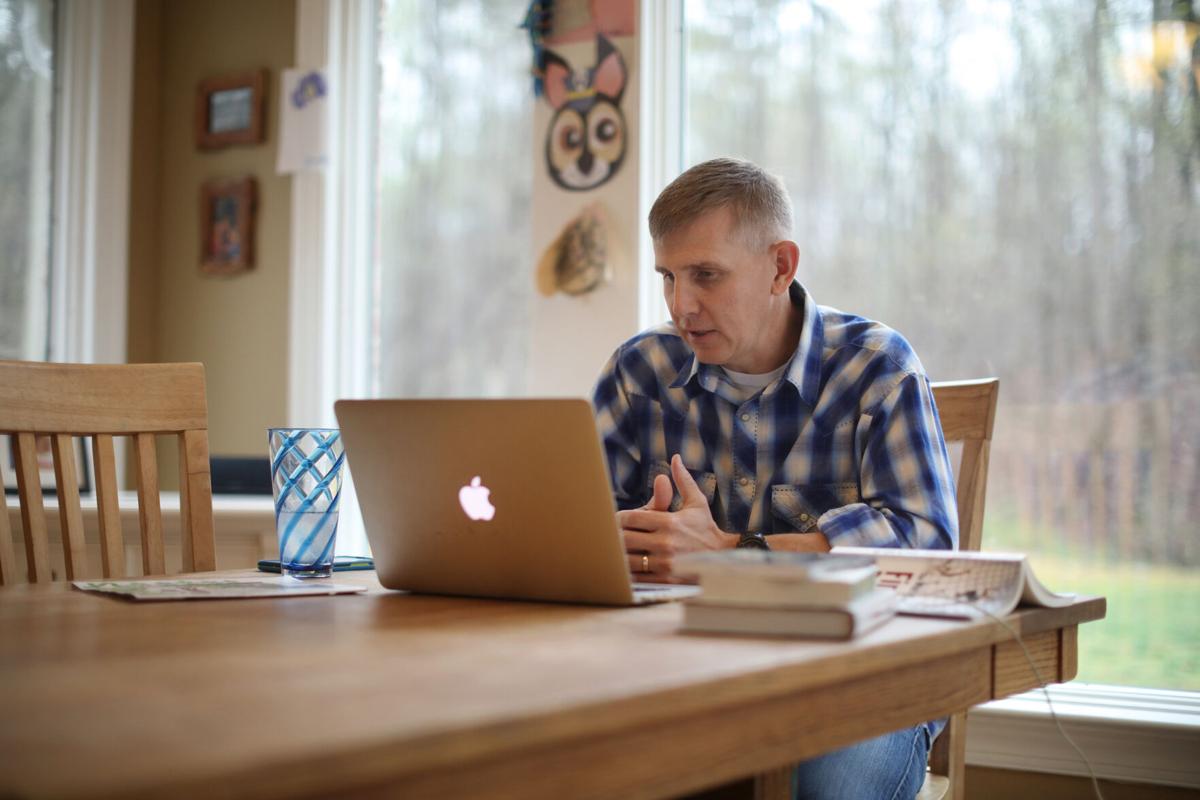 Bullard led a remote question-and-answer session for residents from his home.

Dr. Ty Bullard, an anesthesiologist in Chapel Hill, North Carolina, created a program on personal finance for medical residents at the University of North Carolina.

Bullard led a remote question-and-answer session for residents from his home.

When the pandemic was declared in March and the U.S. stock market plunged, Dr. Bryan T. Whitlow was surprisingly sanguine about his retirement investments. Unlike many Americans, he didn’t radically cut his spending, check his balances constantly and yank money from the market.

“I have not even looked at my IRA since this happened,” said Whitlow, a fellow in pain medicine at the University of Kentucky.

But that kind of detachment didn’t happen by accident. Whitlow, 29, had talked with his father — and with a colleague who has become something of a financial mentor to him. They reassured him that he had little cause for concern about his retirement investments losing value in the short term. (An emergency savings fund helped, too.)

At a time when companies are devoting significant attention to helping their employees plan for retirement, some workers are turning to their peers and colleagues for more personal guidance. Seeing the choices made by a friend or co-worker can help demystify investment options and offer an example to follow amid turbulent markets and a contracting economy.

Whitlow was benefiting from a project that his instructor, Ty L. Bullard, had begun at the University of North Carolina School of Medicine, where Whitlow attended medical school, to encourage residents to start thinking about and planning for retirement early in their careers. Each year, Bullard schedules lectures and quarterly panel discussions for doctors to share some of their financial decisions, divulge mistakes and discuss investing.

Bullard has taken it on himself to help educate younger doctors by sharing what he has learned and start a longer-term financial conversation — he was available for residents’ questions, for example, when they received their $1,200 stimulus check and wondered what to do with it.

“Our residents now have a place they feel they can get unbiased, nonconflicted information and they feel comfortable asking those kinds of questions,” he said.

The very act of selecting a financial mentor can be motivating, according to Sarah Newcomb, a director of behavioral science at Morningstar, who has studied financial mentors. Her findings suggest that people who admire and emulate someone’s choices or habits — such as frugality or financial security — rather than focus on a specific monetary goal, can actually be more successful in reaching their own targets.

Alannah NicPhaidin, a consultant in international trade compliance who lives in Aurora, Colorado, has become an accidental adviser to her friends. She loves crunching numbers and reviewing investments, and eagerly shares her experience. “It made me realize the importance of financial security, particularly for women — particularly making sure you have that protection for yourself,” she said.

Questions from friends tend to crop up when NicPhaidin, 32, declines invitations to expensive outings — if she can’t afford them, she isn’t shy about saying so, which often prompts a discussion about saving and investing. If her friends are still interested, she helps them scour their financial statements, showing them the kinds of accounts she herself has set up for automatic investing.

NicPhaidin tries to make the conversation more palatable by serving wine or chocolates before getting into the spreadsheets. “If you’re excited about providing them with their financial security, and you’re able to show how you needed it and what it could do for them in the future, then they get pretty excited too,” NicPhaidin said. “And it doesn’t just have to be some boring thing of some old guy telling you, ‘You have to budget better.’”

NicPhaidin’s enthusiasm for saving and investing was hard to resist for Juliet Swanson, a landscape designer in her mid-20s from Falls Church, Virginia, who says NicPhaidin helped her turn her finances around.

When the two met in 2018, Swanson had just been evicted from her apartment — reeling from news that her roommate had collected her rent money but never paid their landlord. NicPhaidin not only took her friend in but also combed through Swanson’s financial documents and shared her own.

“I would tell her how I handle money and she would kind of say, ‘OK, this is just my experience, and why don’t we get together with a cup of tea and have a quick chat,’ and saying it all with her lovely Irish accent and I would say ‘Of course,’” Swanson said. “She would go over the books and she would give me a good plan.”

Choosing a peer role model whose goals match your own is crucial, Newcomb said. First, make sure your prospective mentor has knowledge and skill — and values that align with yours. As social creatures, she said, people tend to compare themselves to others — especially a friend and family. She found a trend: If a person compared herself to someone who seemed to be doing better, the person tended to report lower savings and higher spending. But people who compared themselves to a financial role model broke the negative pattern and tended to save more.

“Regardless of income, in one sense who you compare yourself to may really have a strong impact on your emotional well-being,” Newcomb said.

Bullard, 43, sees a strong need for doctors to get solid financial advice because they usually start their careers later than most and typically carry high student loan debt. And they can be vulnerable to bad advice: It’s only in retrospect that he sees how he and his wife mistakenly thought their best investment choice was a high-commission, permanent life insurance policy. But that misstep served as a warning to fellow doctors and residents about the pitfalls of not focusing on their financial acumen.

To that end, Bullard has developed and helps oversee a financial curriculum for students at the University of North Carolina, Chapel Hill. He is the division chief of ambulatory anesthesia at UNC Hospitals and instructs residents, but he also schedules regular money talks given by fellow doctors. The intention: to help residents and their peers start saving for retirement while protecting them from being pressured into buying high-commission products that might be wrong for their needs.

Hearing from more experienced friends or colleagues in anesthesiology made financial planning more meaningful for Whitlow.

“When you hear it from someone who’s in the same situation,” he said, “I think it’s more impactful because you know they just came from where you were.”