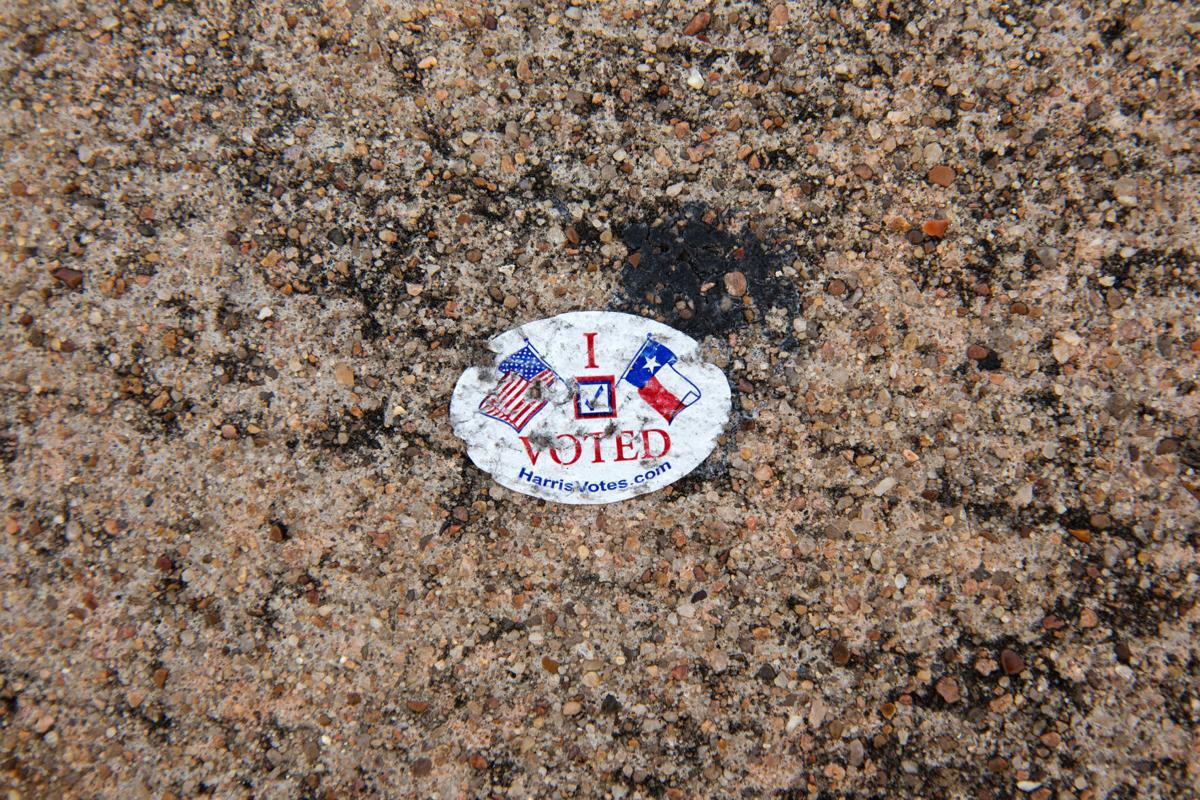 An "I voted" sticker outside a polling place in Houston on Nov. 4, 2020. A Republican-backed bill to overhaul the state’s voting system cleared a key House committee in the legislature on Sunday morning, July 11, after nearly 24 hours of testimony. 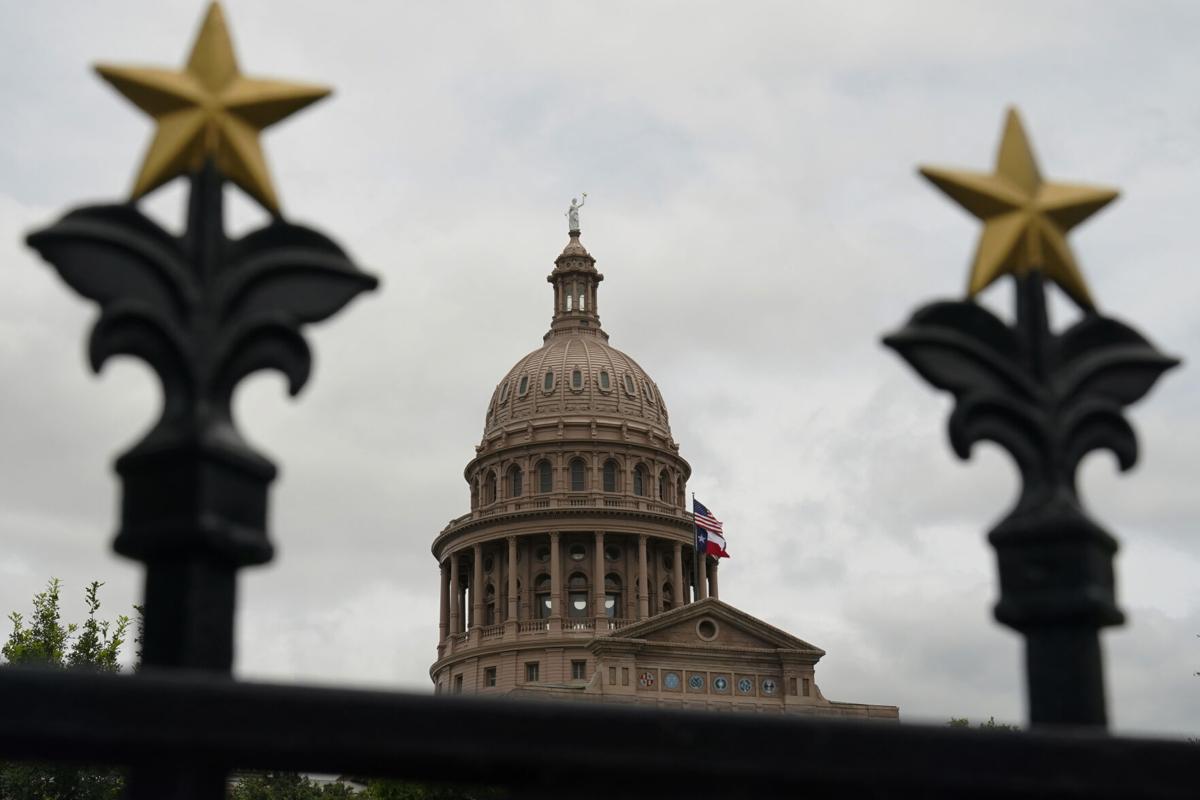 Democrats in the Texas Legislature left the state in another revolt against a GOP overhaul of election laws. 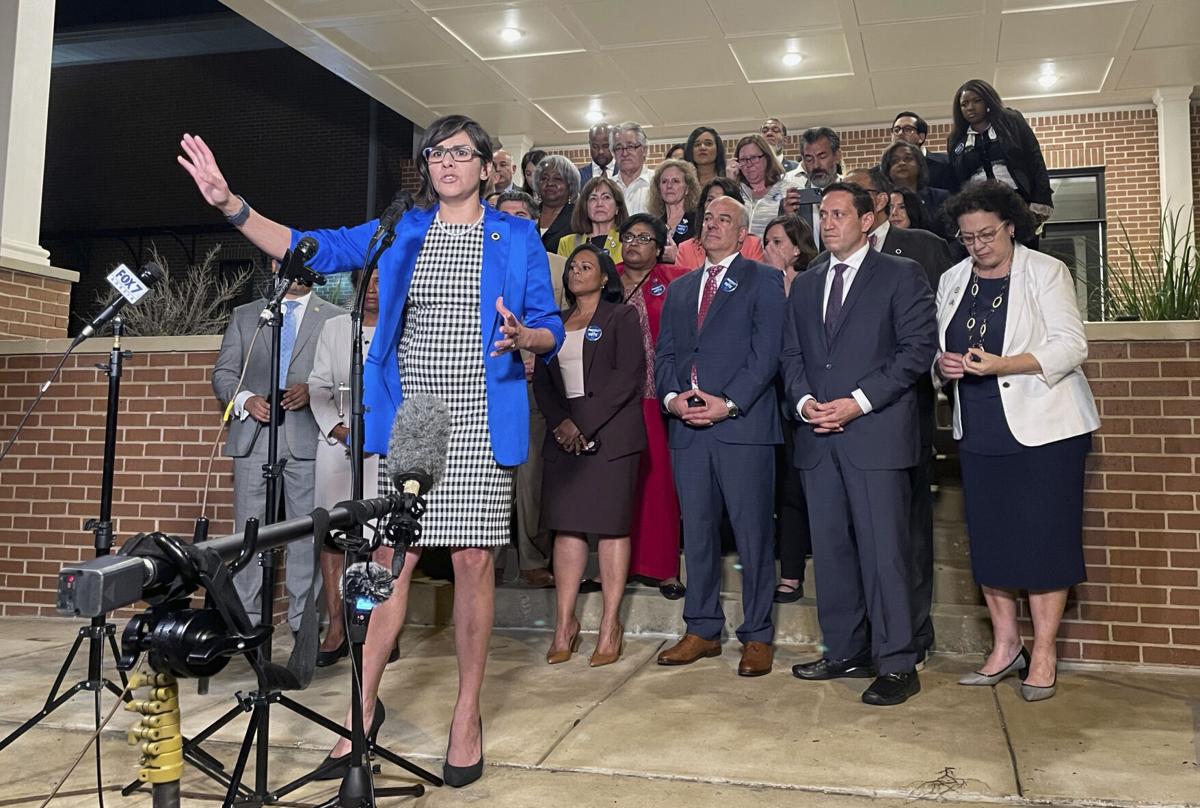 Texas state Rep. Jessica Gonzalez speaks during a news conference in Austin, Texas, after House Democrats pulled off a dramatic, last-ditch walkout in May.

Texas statehouse Democrats fled Monday to the nation’s capitol to try and block the GOP’s sweeping elections overhaul bill that makes it harder to vote in the state. A similar move successfully killed an earlier version of the bill on the last day of the legislative session in late May, and lawmakers are hoping for a repeat during the 30-day special session called by the state’s Republican governor, Greg Abbott.

Here’s an explanation of what the Democrats are trying to do, and how likely it is to work.

Democrats have two main objectives. First, they hope to deprive the Legislature of a quorum — the minimum number of representatives who have to be present for the body to operate. Without a quorum, the Legislature can’t vote on the voting proposal — or other GOP-backed bills on abortion, transgender athletes and teaching about racism in U.S. history — and nothing will pass.

The second goal has probably already been achieved — drawing attention to the Republican push to tighten Texas voting laws. Many Democrats in Congress have hoped their own sweeping elections bill that liberalizes voting laws nationwide could counter pushes in the opposite direction in Texas and several GOP-controlled states. Texas state Democratic lawmakers have been pleading for that bill’s passage in Washington for weeks. But congressional Democrats so far have been reluctant to change Senate filibuster rules to overcome GOP opposition in that chamber and allow it to pass with just 50 votes.

Has this happened before?

A minority party walking out of state legislatures to block a bill’s passage is rare, but has plenty of precedent.

One of the more dramatic instances occurred in Texas in 2003, when 50 Democratic state lawmakers fled to Oklahoma to block a Republican redistricting proposal that would cost Democrats five seats in the House of Representatives. That move inspired Wisconsin Democrats eight years later to flee to Illinois to stop a Republican bill targeting government workers’ unions. Indiana Democrats followed the same playbook that year to try to stop a right-to-work bill there. Republicans have tried it, too. In 2019, 11 GOP legislators in Oregon fled to Idaho, blocking a Democratic bill fighting climate change.

Does this ever work?

Not often. In 2003, Texas’ then-Republican governor, Rick Perry, called a special session. Democrats fled again, this time to New Mexico, but eventually came back and the redistricting plan passed. Wisconsin Democrats were also unable to stop the GOP bill stripping public sector unions of collective bargaining rights — the Republicans amended the measure so it didn’t need a quorum to pass — and the fugitive lawmakers returned after three weeks in Illinois. In Indiana, Republicans eventually withdrew the right-to-work bills. But they passed them the following year, with no walkout.

Oregon is one exception: Democrats eventually withdrew their climate bill, but it was not guaranteed passage even before the GOP flight to Idaho.

In Texas, you could say Democrats won the first round with their walkout last month. When Republicans who control the legislature tried to rush a revised elections bill through at the final hour, Democrats walked out and the session ended and the bill died. But Abbott called them back last week for a special session and this one lasts a month. It will be much harder to run out the clock.

That’s in part because lawmakers are people, too — with families to feed and mortgages to pay. Extended stays in other states tend to drain household budgets, not to mention political goodwill with voters. In some cases, they can be threatened with losing their state legislative pay or even potentially be sued, as Oregon’s Democratic governor threatened to do to the absent GOP lawmakers. Abbott has already docked lawmakers’ pay.

Abbott has other cards to play. For example, he could continue to call special sessions, until Democrats relent.

Why go to Washington?

Generally, state lawmakers flee to neighboring states to avoid the police at home. Home-state police can be empowered to round up the AWOL lawmakers and force them to fulfill their legal duty to be present for the legislative session. In Texas, for example, House rules say that any members absent during a quorum call can “be sent for and arrested” by a simple majority vote of those present. The House sergeant-at-arms is empowered to carry this out.

In May, the Texas Democrats didn’t have to travel out of state because they only needed to gum up the statehouse floor for a couple of hours to kill the bill before the midnight deadline. They will need to stay off the floor for far longer this time.

The decision to fly to Washington highlights Democrats secondary goal of winning attention for their cause. The move will put them in front of the national media and Democratic powerbrokers so they can intensify their push for federal action on voting.

How is this legal?

It really isn’t — state lawmakers are generally required to attend their legislative sessions. But walkouts have been used almost like the filibuster in the U.S. Senate — as a way for a minority to grind things to a halt.

Ironically, the Texas Democrats will be agitating for Democrats in Washington to end the filibuster, at least for election bills.