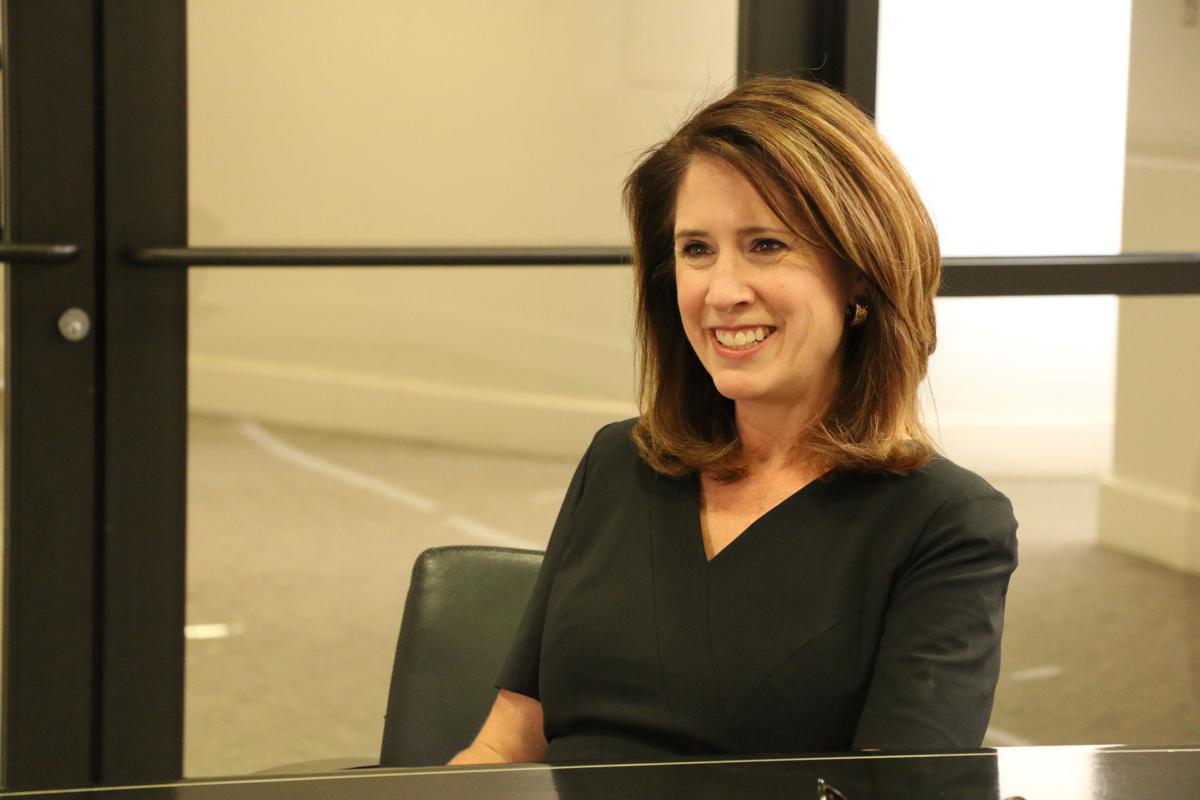 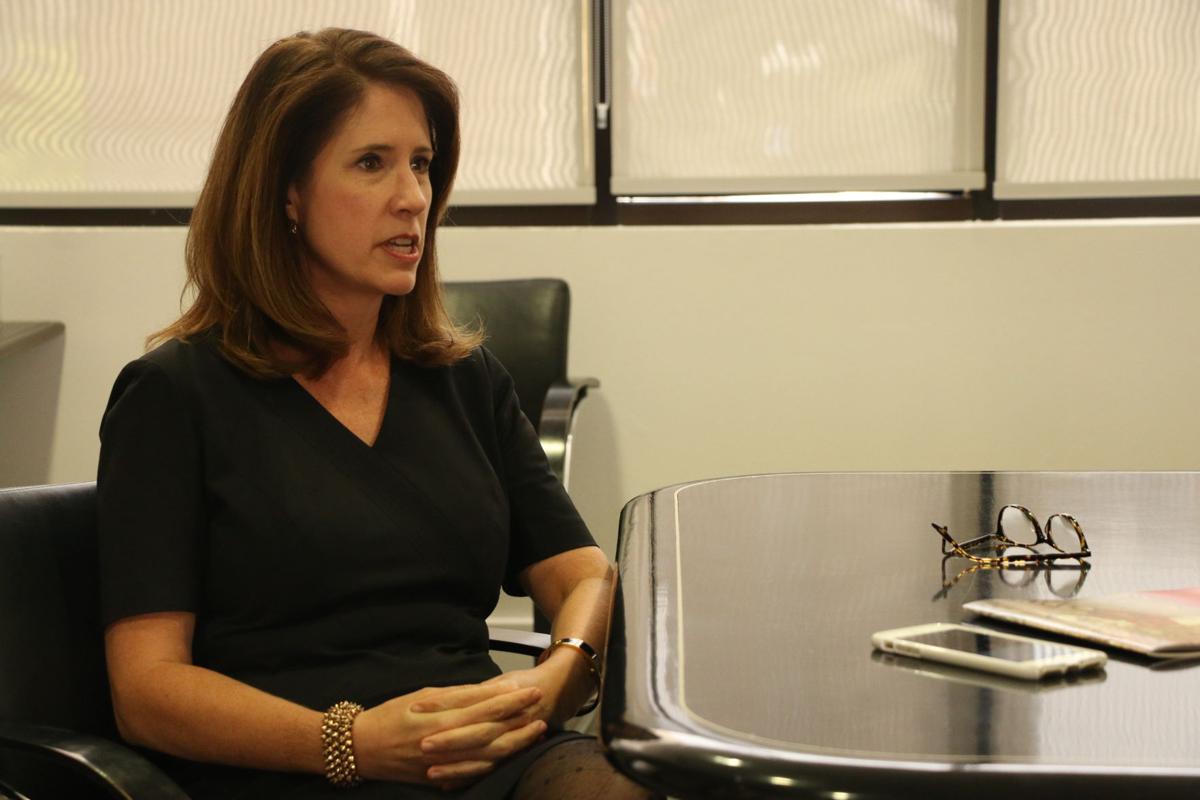 After nearly two years without a director at the El Paso Museum of Art, local arts enthusiasts were glad to welcome Victoria Ramirez in January – and the staff was happy, too.

Ramirez, 47, comes to El Paso with experience from prestigious museums and a passion for education. Most recently, she was director of the Bullock Texas State History Museum in Austin, one of the largest state history museums in the country.

Born in Cleveland, Ohio, to a homemaker mother and a father who worked in clothing manufacturing, Ramirez developed an interest in art at an early age. In elementary school, she liked drawing and painting and by high school, she was visiting the Cleveland Art Museum and taking art and graphic design classes at the Cleveland Institute of Art.

She considered majoring in studio art in college, but at the University of Maryland’s College Park campus, near Washington, D.C., and some of the finest art museums of the world, her focus shifted. She graduated with a degree in art history instead.

Next she earned a master’s degree in museum education with a minor in art history from George Washington University. The program, which emphasizes using museums as classrooms, influenced Ramirez’s thinking and career.

After graduation, she served as curator of education at the Georgia Museum of Art at the University of Georgia in Athens from 1996 to 1998.

From 1998 to 2013, Ramirez served as the director of education at the Museum of Fine Arts in Houston and earned her doctorate in education from the University of Houston in 2006. She became deputy director of the Bullock Texas State History Museum in Austin in 2013 and was appointed director in 2014.

Ramirez accepted the position at the El Paso Museum of Art in November and started January 24. The museum director position is a complex one that involves academic scholarship, educational programming, outreach, development, business management and leadership.

Ramirez and her husband, George, bought a 1940s-era house in Kern Place. The couple, who met while working at the art museum in Houston, have been married 13 years. George, a web developer and programmer, works remotely for a small software company in Houston.

In her new role, Ramirez says she made getting to know the art museum staff and filling the large number of vacancies her first priority. Another major focus is scheduling travelling exhibits and locally curated exhibits from the museum’s collection.

The next couple of years bring major milestones for the art museum, including its 60th anniversary in 2019 and major expansion in 2018.

Victoria spoke with El Paso Inc. while touring the museum’s current exhibit, “The Red That Changed the World.” She talked about her plans for the museum, why she was so taken by the museum’s collection and turning virtual visitors into actual visitors.

Q: The Bullock Texas State History Museum has a $10 million budget, a staff of 80 and about half a million visitors a year. What made you want to leave and move to a museum with a budget of less than $3 million, a staff of 20 and fewer than 100,000 visitors?

I’ll tell you a story from a couple of years ago. At the Bullock Museum, we had a large exhibition on our schedule of art by Tom Lea in 2015-16. I knew about Tom Lea, but did not know his work very well. So we started working with the Tom Lea Institute and that was my first introduction to El Paso.

What struck me, working with Adair Margo and other people from El Paso, was how much support from the community, hundreds of miles away, this project was getting. There were donors who stepped up and financially supported the exhibition, and I will never forget attending the opening and meeting Mayor Leeser and his wife and a school district superintendent and his wife. All these people had come from El Paso for this opening, and it was wonderful. That really showed how much El Pasoans value culture.

So when I got the call about the job opening in El Paso, the more I started talking with people, the more excited I got about the opportunity.

I had a great experience at the Bullock. It is huge. It’s one of the largest state history museums in the country. But for me, it’s not about the size of the budget or the size of the staff. It was really the opportunity to work in an art museum and to create something that could be really extraordinary.

Q: What were your first impressions of El Paso and the art museum?

My husband and I both are struck by how warm and welcoming people have been. We’ve had invitations for dinners and have really gotten a chance to see and learn about El Paso.

It started with the Kress Collection and the caliber of the paintings and the artists that are represented in that collection. It’s really top notch. There are many museums that have Kress Collections, but ours is really one of the better ones. Then I was looking at how the museum has been able to show regional art and balance that with a more national and international look. That is really important.

There’s a canon of art history that so many people hope to see when they come to an art museum, but you can get some of the most inspiring surprises when you see that canon alongside regional and local artists. For me, to see artists like Tom Lea and Manuel Acosta and contemporary artists like James Surls, it’s just been a smart way to build a collection.

Q: What did you think about the museum building?

So many museums are not able to grow in the direction they want, and they’re not able to show the art that they want or increase their programming because they don’t have the space or the facilities. However, we have over 30,000 feet of gallery space, we have a museum school with classrooms, we have an auditorium and a museum store.

The more I have learned about the collection and seen what we have in storage, the more we’re starting to think about exhibitions from our own works. We’re also thinking about reinstalling some of the galleries and putting new works on view.

For us that means more than just repainting and rehanging; it means really looking in the museum collections. The El Paso Museum of Art has 7,000 works of art and only 3 percent are on view. We’ll be seeing what hasn’t been on view for a while and coming up with some new groupings.

When you re-install, you rethink the story the paintings tell. We’ll also be writing extended descriptions. We have a grant from the Kress Foundation and plan to hire a graduate student in art history for ten months to help with that scholarship and writing.

Q: What are your immediate plans?

First off, getting our exhibition schedule locked down. For some museums, that means planning ahead two or three years in advance. Given where we are, we’re looking to plan 18 months to two years in advance. We want to design an exhibition schedule that celebrates local and regional art and illuminates what’s around us in the visual arts. I hope that anyone who watches us closely will be able to start to put together the pieces of art history for themselves.

But then we’re also bringing in pieces that people wouldn’t have had the chance to see otherwise. We’ll bring in national and international artists and new and unique opportunities. For example, in February 2018, we’re hosting “Papel Chicano,” an exhibit of works on paper from the collection of Cheech Marin. We hope that he’ll be able to visit during the exhibition.

Q: With your expertise in museum education, what might we expect to see in the near future?

The exhibits are the first step in education. We want to be sure that we have exhibitions that are varied and that can appeal to different people. They say that you can’t be all things to all people, but it doesn’t matter, we’re still going to try.

The other part of our educational goals is to expand the museum school – the classes for adults and children, the camps during school breaks, the “making” part of the museum.

At any given point, we’ll have four to six classes during a six-week session. We have core classes, such as painting and drawing, and an active ceramics program with a well-equipped ceramics studio and two kilns. We have a printmaking studio.

Some classes are tied to exhibits. For instance, in July we open an exhibit of works by animator Don Bluth, so we’re having an animation class.

These are not craft classes, but are classes that explore the techniques that artists use to create art. We have some phenomenally talented artists who teach for us.

Q: I can tell that the museum collection has inspired you. Where else do you get your ideas and plans?

I’ve been doing a lot of listening to try to get to know the community well enough so that, as we put together plans for the future, we will feel like we’re offering something that the community will be open to – and then sprinkling in some surprises here and there. We’re fortunate to have this enormous circle of people who care about this museum, including our members, current and past donors and supporters.

I continue to be inspired by the museum foundation and city leadership. There’s a genuine commitment to the museum, and a lot of people recognize how special it is and how fortunate we are as a community to have it.

One of the really freeing things about a new job is that they don’t know you very well and you don’t know them very well, so you can throw out big ideas. One of the big projects that I had proposed to the foundation was that we rebuild the museum’s website and all of our social media strategies. I’ve been so happy how supportive they are with that idea.

When you talk about changing something as radically as we are proposing that we change our website, it’s a scary proposition and it’s costly. Yet they see the value and they understand the importance of the museum having a digital presence that reflects where we’re going.

We talked at length about how there are more people who visit the museum virtually than visit us physically. How are we going to get them to move from being virtual visitors to actual visitors? How can the museum, working with the other cultural institutions in town, start to put El Paso on the map?