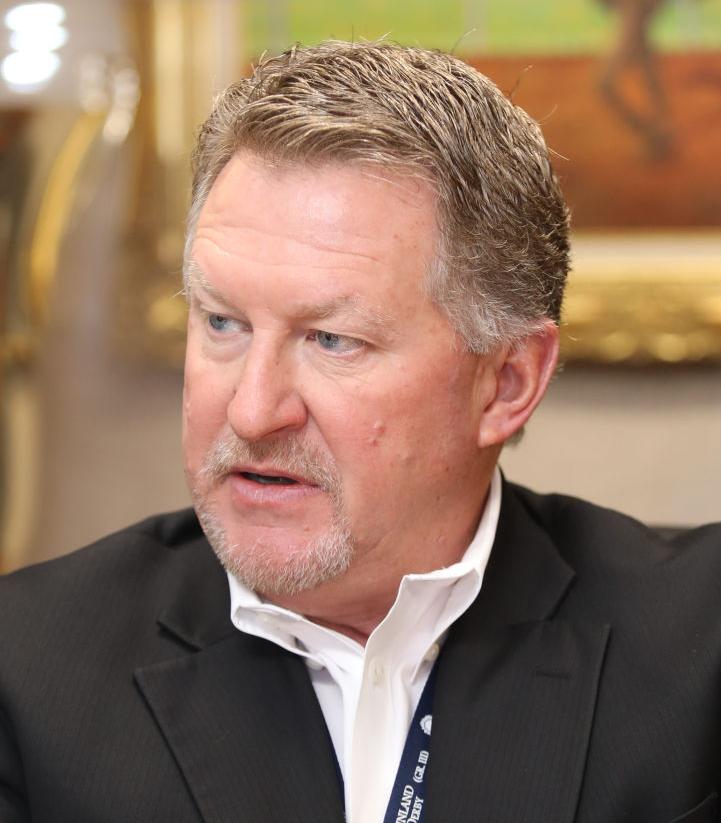 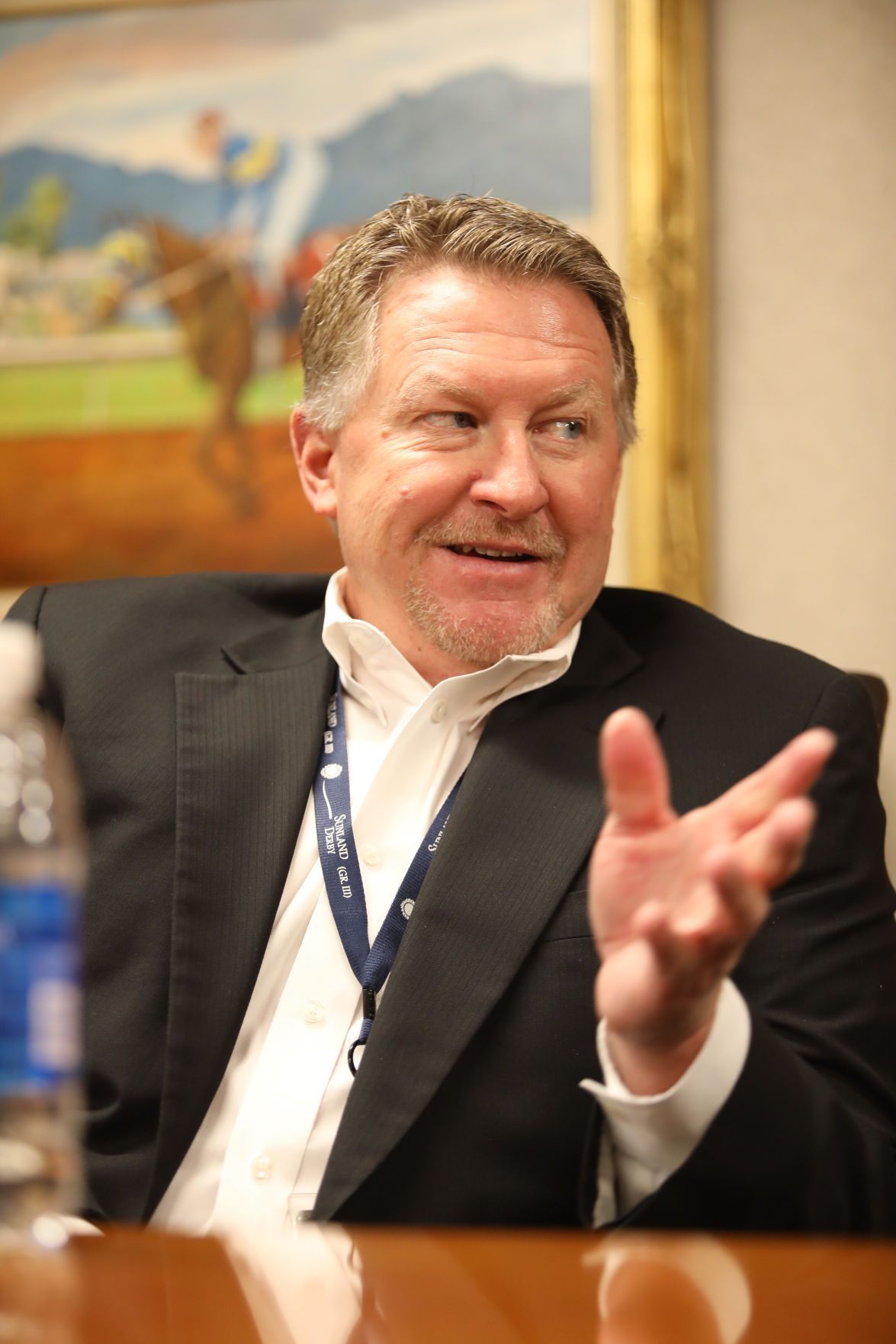 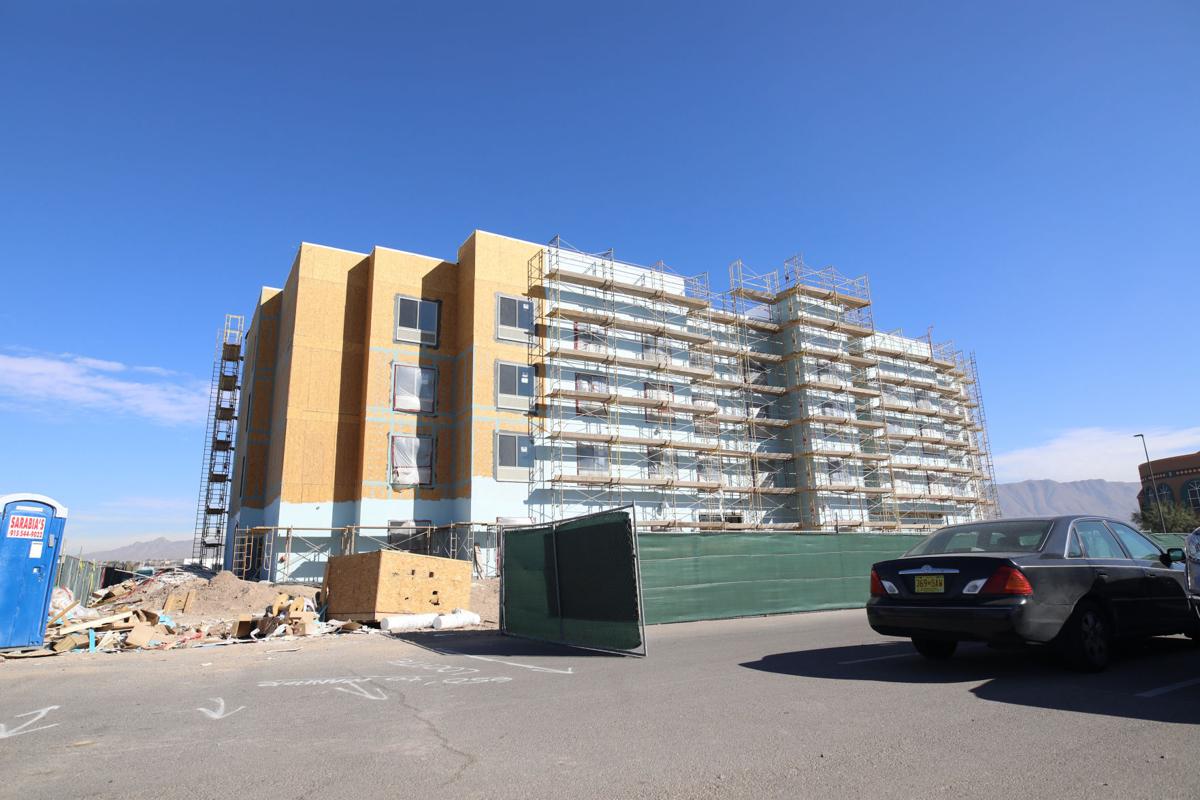 A new hotel is being built at the racetrack and casino, scheduled to open next February.

A new hotel is being built at the racetrack and casino, scheduled to open next February.

Rick Baugh, who was named general manager of Sunland Park Racetrack and Casino in 2013, came to the Upper Valley track with a wealth of experience. He had served in the same capacity at Ruidoso Downs for 16 years and had a shorter stint of five years at Zia Park in Hobbs, New Mexico.

He helped R.D. Hubbard build Zia Park and at one point was in charge of the racing operations at both tracks.

His experience served him well as he faced many challenges at Sunland Park Racetrack and Casino. The economy had gone sour, Interstate 10 construction had started and then last year, an equine virus struck the industry.

But Baugh has succeeded in not only facing those challenges, but he has also boosted business and economic development, spearheaded game changing strategies, upgraded facilities, continued philanthropic causes and has even overseen the building of a hotel on the premises.

The track and casino have been a healthy boost to the economy of the El Paso area. Together, they employ up to 400 people, most from El Paso, and distribute up to half a million dollars to charities in the region each year.

And that doesn’t include the several million dollars that owner Stan Fulton has contributed to different organizations on a personal basis.

A lot has gone into preparing for horse-racing operations this season, which resumes live racing on Friday, Dec. 16 and is highlighted by the Grade III $800,000 Sunland Derby on March 26.

Live racing will be held on Fridays, Saturdays, Sundays and Tuesdays through April 18, except for two Wednesdays in December because of the Christmas holidays.

Baugh sat down with El Paso Inc. sports columnist Ray Sanchez to talk about big changes coming to the Sunland Derby Gala, improvements on the way, and why he wants to see thoroughbreds racing at Sunland, as well as quarter horses.

Q: Let’s start at the beginning. Where were you born and how did you get into horse racing?

I was born in Whitesboro, Texas, on Sept. 16, 1958. I’ve been around horses just about all my life. I was too big to be a jockey, but I participated in rodeos, did some bulldogging and breaking of horses. Then I went to work for the Phillips Ranch. Actually, I became more interested in the facility end of the business there and I dedicated myself to it. I just seemed to like that more.

Q: How did you wind up at Ruidoso Downs?

I had met owner R.D. Hubbard and he gave me a job. Eventually I became general manager. When Zia Racetrack and Casino opened in 2005, I was busy managing both Ruidoso and Zia. It was quite an experience.

Q: How did you wind up at Sunland Park Racetrack and Casino?

It was because of Harold Payne, who was general manager at Sunland at the time. One day, out of the blue, he asked me if I wanted to take over his position. I said yes. I didn’t hear anymore from him for a long time, but then I got a call. He said, “The job is yours.” I’m sure he had recommended me to owner Stan Fulton.

I love it here. I’m living in El Paso now, which may surprise my New Mexico contacts. I was told once that it might be a problem because Sunland Park Racetrack and Casino is in New Mexico. When I retire, I’m going to live in El Paso. Harold and I used to kid that when we both retired we would open a fruit stand in El Paso, like the one a fellow had in Ruidoso.

Q: You say your main interest is in facilities. Was installing an elevator from the parking lot to the building your idea?

Yes. I proposed it to Mr. Fulton and he told me, “That’s why I hired you. I hadn’t thought of that.” And he gave me the okay. I’m always looking for ways to improve things.

Q: Was the hotel that’s being built on the premises now your idea, too?

Yes. And it should be ready to open next February.

Q: Tell us what it was like going through the equine virus last year. Some races were cancelled and it became a sore on the horse racing industry.

It was very difficult for the horsemen and the track. We tried to help the horsemen by distributing some of the purse money to the owners so they could share it, and we added some races to the programs. I never want to go through something like that again. We’ve put on some new restrictions for horses entering our grounds.

Q: Can you give me a figure of how much it cost the track financially?

Q: You’ve made so many improvements I can’t see how you can improve much more.

Oh, sure we can. That’s our whole thing. We eventually want to take the track to a totally thoroughbred racetrack. That’s our goal. Times have changed so much that if you don’t become one of the top tracks, then you’re going to go away. It’s inevitable. We know we can make the thoroughbred product work and work well.

On the other hand, we don’t want to hurt the quarter horse product, either. That’s part of the history of New Mexico. We want to take one step at a time so the industry can adjust. There are a lot of regulatory things to be put in place.

Yes. There are a lot of regulatory steps to be taken to clean up horse racing. Over 90 percent of our bad tests are coming from quarter horses. So the change to thoroughbred racing is coming. The technology is there. Quarter horse racing has some challenges right now. It really does.

Q: What do you think of horse racing fans and the media here?

Q: Do you think the media has treated you right?

Oh, yeah. You know how I am, Ray. I can live without this (the interview). I’m more focused on the business end of it. That’s why I have Ethan Linder, (director of marketing) and Eric Alwan, (longtime information director) and everybody like that to do those jobs and they’re good at it.

I’m really looking forward to the meet this year and all the things that Ethan and his team have got going with festivals and all. On opening weekend we have a Christmas festival and we’ll have a wine festival and other types of festivals.

Q: Of course, the highlight of the season will be the Grade III Sunland Derby, which is a good stepping stone to the Kentucky Derby. Do you have any special plans for that?

We’re also bringing in a gentleman who worked with Frank Sinatra and he’s coming in to perform Old Blue Eyes music.

And we’re actually going to hold the gala in the Turf Club this season. We can have more of a theater-style setting there. We’ve already tested the area and set up a stage to make sure it will work. It’s going to be a lot of fun.

You can always make it more but it’s that now. We put up $300,000 from our operating funds, the purse account puts up $410,000 and the rest comes from nominating fees.

Q: You’ve done some remodeling of the Turf Club, haven’t you?

We’ve painted the area, hung up photos of all Sunland Derby winners and are hanging up photos of other notables. And we’ve installed some big television screens. We’re always looking to make improvements.