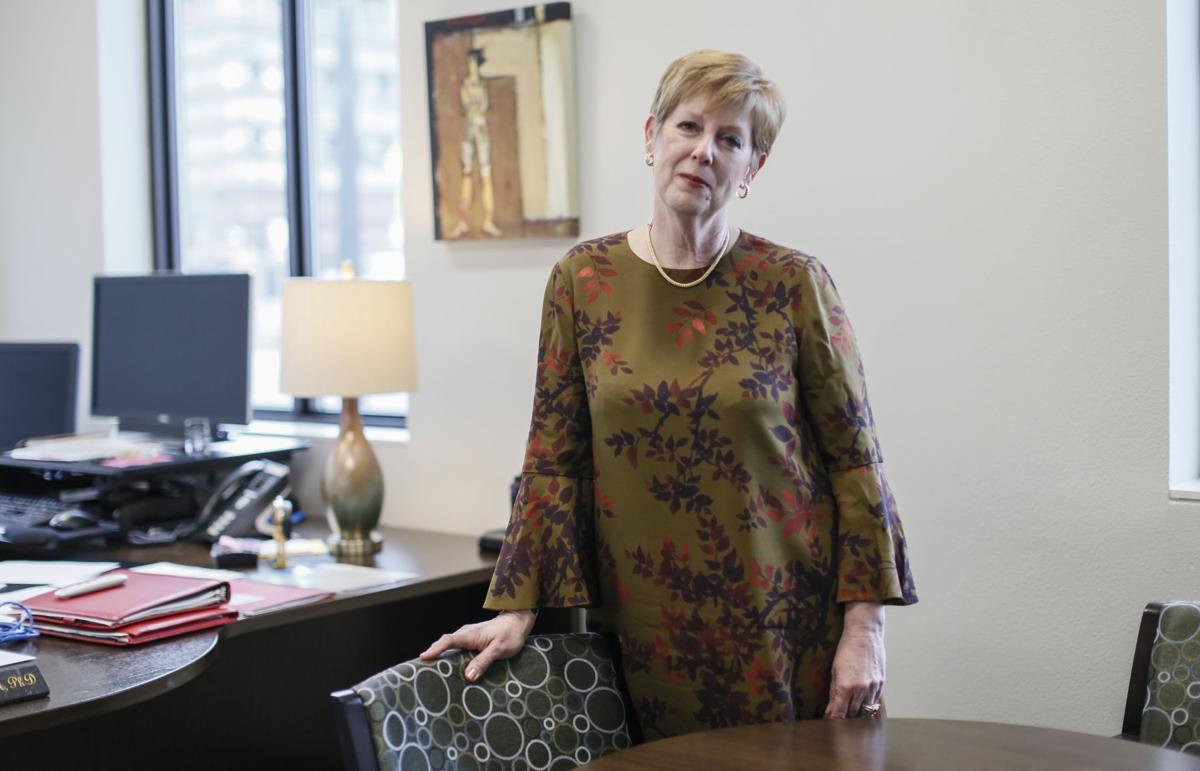 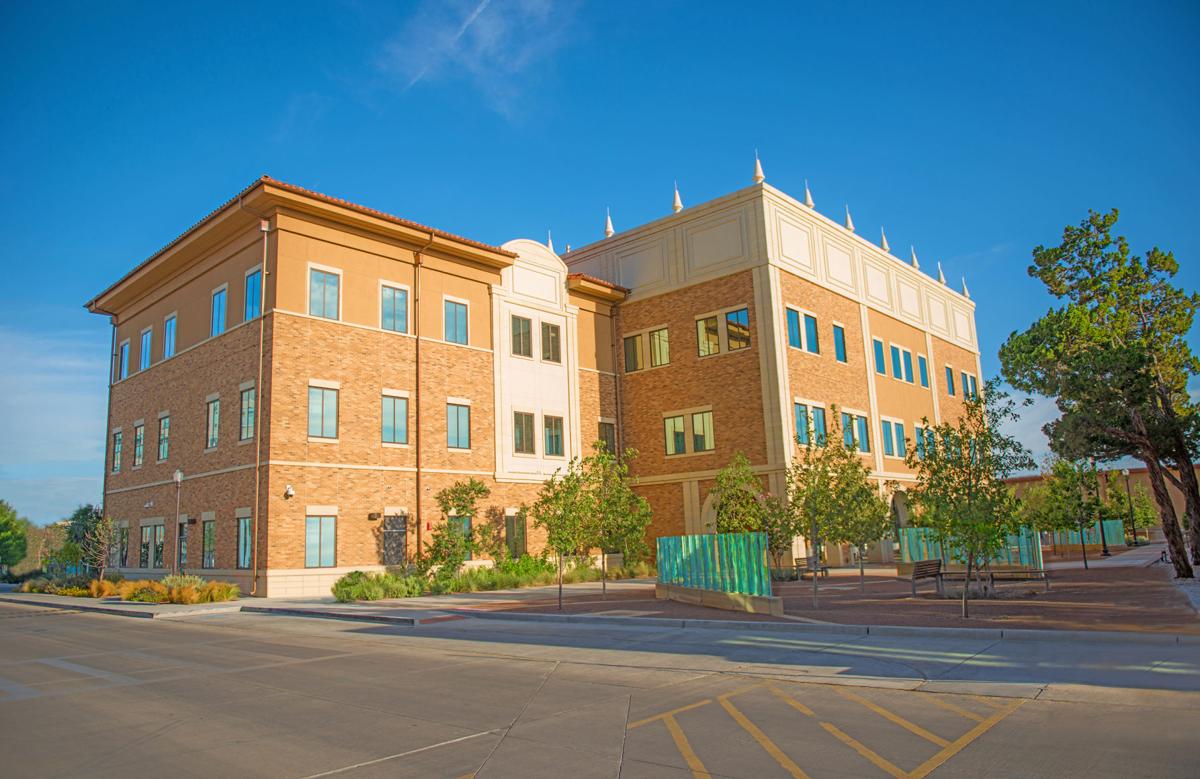 Stephanie Woods remembers reading a children’s book called Nurse Nancy when she was a kid. It came with Band-Aids, and she’d put them on her grandfather who’d play along.

Her childhood play became a decades-long career in nursing. And now, Woods is dean of the Gayle Greve Hunt School of Nursing at Texas Tech University Health Sciences Center El Paso. She’s been on the job for six months.

“Life is short and beautiful,” she said. “If you don’t take the right path, you really waste time. So I always felt that I had a compelling reason for being a nurse and also that I was blessed enough to have found what I wanted to do early on.”

Woods, 61, earned her nursing degree at Texas Woman’s University and landed a job at Parkland Hospital in Dallas, one of the largest county hospitals in the state. Two years later, she joined the Air Force, where she worked in general surgery caring for as many as 24 patients at a time.

Before coming to El Paso, Woods spent nine years as associate dean for nursing at the Houston J. and Florence A. Doswell College of Nursing at Texas Woman’s University.

“Many people don’t really know what they want to do,” she said. “So I will tell you that I’m blessed to be incredibly decisive, and that is probably a genetic trait. If you met my mom, you would understand that better.”

Woods channels her passion for nursing and education into overseeing the operation of the school in South-Central El Paso. She has much to share with her 260 students and wants them to be active in the community.

Woods sat down with El Paso Inc. and talked about her vision for the school, how technology is changing nursing and the region’s acute nursing shortage.

Q: Do you remember your first visit to El Paso?

The first time I came to El Paso, I was part of Leadership Texas. I was one of the participants in the leadership development program. It was 2001 or 2002. You visit four cities, spending two to three days understanding the issues of each region.

I came to El Paso, and the welcome reception was held at the Museum of Art. What I was immediately struck by was the commitment to this community.

It was very apparent to me that the members of the community understood that no cavalry was going to ride in with every bit of economic development, educational development or everything that this region was going to need. So they were committed to bringing it here. It left an incredibly positive impression.

I think if I had not had that very positive perception when I came with Leadership Texas, I might have just said, “El Paso, that’s a long way,” you know.

Q: Were you confident you’d get the job?

There are rare times in life when you just know, crystal clear, this is it. Interviewing for the job was one of those times.

I left that first round of interviews thinking I was going to have a very hard decision to make because I was at Texas Woman’s University where I’d been for nine years.

In round two, the interview was one of the most beautiful experiences I’ve ever had. You sit in an interview and you’re usually at a table with people asking scripted questions that they’ve asked every candidate.

What was different was each person was leaning in – they were making eye contact – and it felt more like we were having a high-quality conversation.

I really felt that this was the place for me to be. It’s been an amazing first six months. It’s easier to work hard when you know it’s for a good reason, and in El Paso, it’s for a very good reason.

I love the city. I am trying to venture out and learn more. I am very exasperated with myself that I’ve lived my entire life in Texas and I am not fluent in Spanish. I will work on that.

The people here are so welcoming. There’s one thing: Often when I introduce myself I’ll say, “I am new to El Paso.” And people always say, “Where did you move from?” I’ll say, “Dallas.” And they will always say, “You moved from Dallas to El Paso?”

And, yes, I am a Cowboys fan, but my middle name is “ever hopeful.”

Q: What trends are you noticing in nursing and health care?

The health care environment in El Paso is different from Dallas. The competition was absolutely fierce. The population was growing so rapidly that the hospitals were adding towers and additional beds. It was constant.

The trend nationally is more in alignment with what’s happening in El Paso. The trend is that we need services to keep patients in their homes. In particular, the chronically ill patient and elderly patient should not have to spend their life in a facility or a hospital bed.

So one of the most impressive and important trends is the ability to do health care by telehealth – for patients and families to be able to access what they need using an iPad and be able to connect to a nurse or a physician or whatever else they need and not have to always go to a doctor’s office.

What that does for us is immense. It allows us to save those precious appointments at a clinic for those who really need to come in. So helping the students acquire some new skills in that area is very important.

Q: El Paso’s doctor shortage is well known. Is it the same for nurses?

It is worse. The West Texas region is projected to have a shortage of 5,000 registered nurses by 2030. Granted, West Texas is huge, but we are disproportionately affected by the nursing shortage because it can be challenging to recruit to the area.

While it can be challenging, we should not be daunted in any way by that. We should be talking more about what is important about this region. It’s the epicenter for where the nation is going in the future. We are already dealing with the issues that the rest of the nation is going to deal with.

We need to be talking about the low cost of living, the weather and the good things that are happening in this region.

We are also going to have to grapple with the fact that there is no way that the current number of nursing programs in this region can produce all we need. We are starting to see that we are getting nursing students from outside areas because it’s so competitive to get into nursing school.

It’s taking a 3.4 GPA or greater on average to get into nursing school.

Q: What might that mean for the El Paso area?

We’re going to start to benefit from that because students who couldn’t get into other nursing programs may be willing to come here. But we don’t need to sit here and wait till they just show up. We need to be out recruiting in those areas.

Another thing that we’re doing is that we are working with students who initially went to an associate degree program, a two-year program, where they want to come back and complete their four-year degree.

So we are tapping into students, in particular from the Dallas area right now. They do that virtually. They don’t come to us. It might lead them to consider El Paso in the future.

Q: Does that put Texas Tech in competition with Dallas-area schools?

I always tell people, really, nursing programs don’t at all compete with one another. There’s more than enough business for all of us to do. The need is so high.

Q: What does being on the border mean for your students or for nursing?

One of the places we can have an impact is in the hospitality houses that are trying to at least help immigrants while they’re awaiting processing – to encounter some of our med-students, nursing students and others.

So we’ll be looking for ways that our students can experience the challenges of what we’re seeing, learn from that and hopefully have it color in some way, their approach to at-risk populations.

Q: What challenges do you see students facing?

What we see is that oftentimes they’ve wandered across various degree programs because they weren’t sure what they wanted to do. They’ve repeated courses numerous times, and by the time they finally have achieved the maturity and the clarity that they know they want nursing, they are coming to us and they have already used a great deal of their financial aid.

Q: How important is it that colleges reach students before they graduate from high school?

There are two important reasons why we need to do that. One, if you have any criminal background, that is particularly troublesome. You can’t be a nurse, a doctor, a teacher or anything else that requires a license in the state of Texas.

We want them to stay out of trouble, but most importantly, we want them to connect with what they really want to be in a realistic way.

They are going to have to really apply themselves, and they’re going to have to do well in the sciences and other things. So high school is this pivotal time when you don’t want the student to wander around and think, “I don’t really know what I want to be.”

Now we have this beautiful opportunity with all the early college that students can take in high school. They can be through most of their prerequisites for the nursing program before they ever graduate.

Q: What are your plans for your students and the school?

We’ve been looking at a concept called grit. I don’t know if you’ve heard about how perseverance and grit are real important predictors for a student.

We’ve been using a book by Angela Duckworth called “Grit.” It’s all about not only knowing what you want to do, but when the obstacles show up and it looks like you’re not going to get to go, having the perseverance to get past that obstacle and just keep moving.

If I’m not hearing consistently that our students are distinguished in the community, then I’ll know that we’re not there yet. But it’s a beautiful thing when the student graduates and says, “OK, I fussed about everything y’all made us do the whole way through and I was absolutely convinced you were wrong in your approach, but now I am so grateful.”