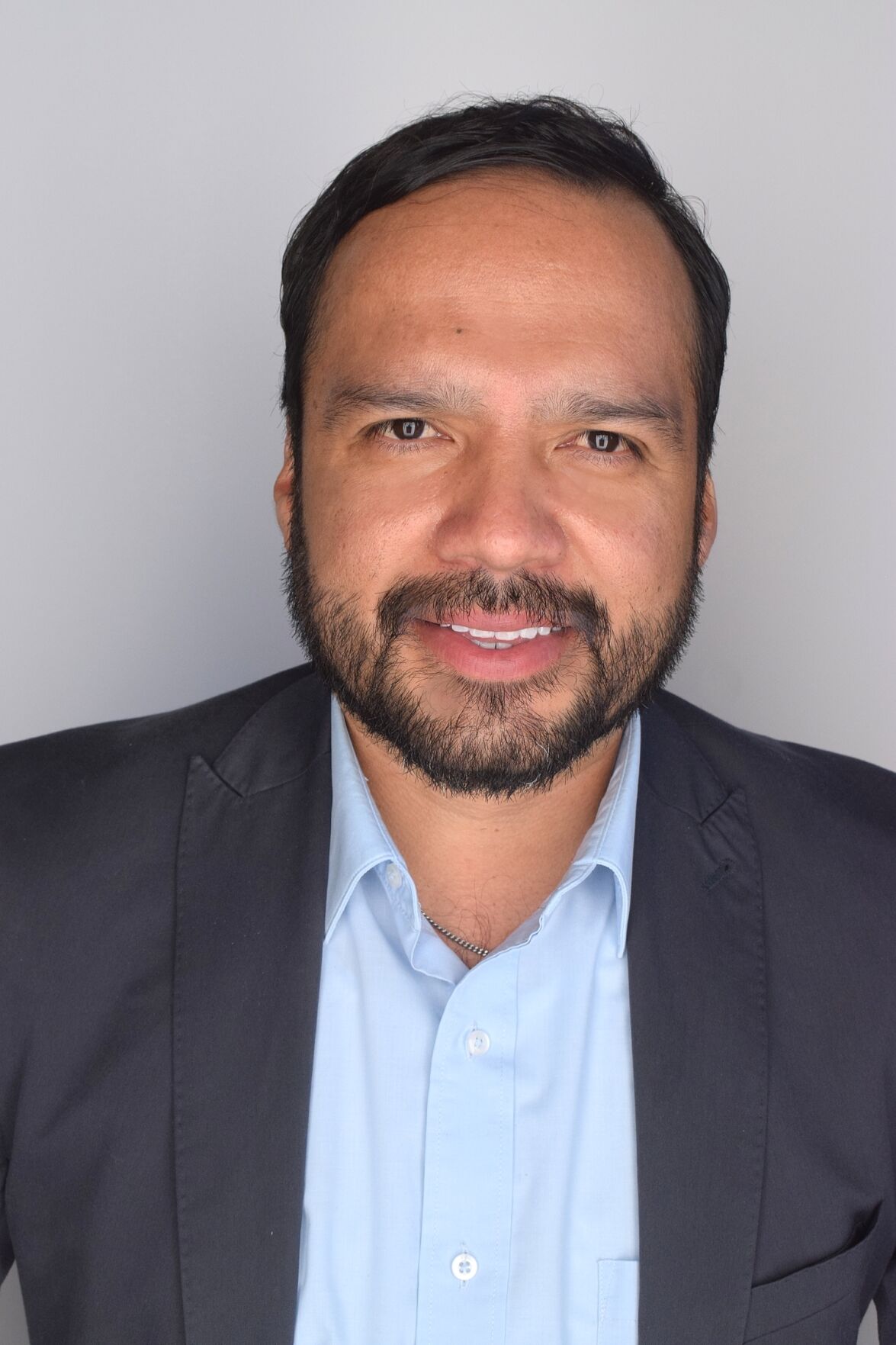 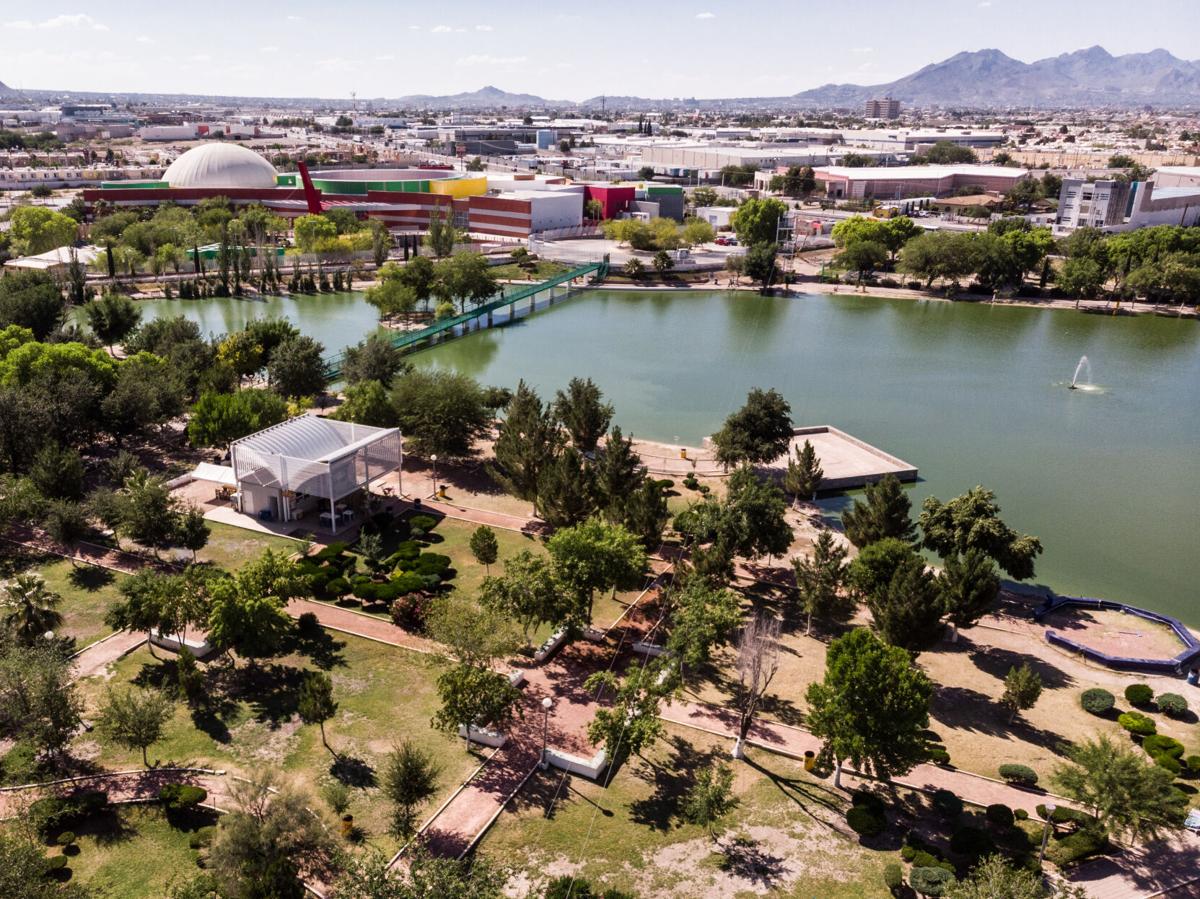 Technology seems to evolve at a mind-boggling pace, especially for anyone who can still remember how to dial on a rotary phone. It wasn’t even that long ago.

But there are people and organizations working to make sure that, amid rapid tech evolution, there are still opportunities for learning and reskilling to adapt to a new economy and workforce.

Omar Saucedo is one of these people. He is the Juárez community engagement manager for TechSpark, a Microsoft initiative that brings investment and technologies to local groups and schools.

Saucedo works on a wide range of projects for the Microsoft program, including reports on artificial intelligence, the Microsoft TEALS education program and the Bridge Accelerator, a training program for local supplier companies.

He started his role in February 2019. Saucedo said he’s inspired by the borderland and believes it’s a powerhouse region.

“We have very talented and hard working people in our region, and a lot of positive assets. It’s not easy to find this combination of assets in other places,” Saucedo said. “It’s not easy to have a binational location the way we do, with access to both countries and opportunities.”

Saucedo grew up in the rural community of San Pedro, Mexico, and is a graduate of Tecnológico de Monterrey.

He said his role at TechSpark allows for a lot of collaboration between local groups on both sides of the border, including Desarrollo Económico de Ciudad Juárez, the economic development organization in El Paso’s sister city.

He talked to El Paso Inc. last week about what’s going on with TechSpark, how the new USMCA trade agreement impacts the borderland and the trip to Los Angeles that changed the trajectory of his life.

Q: What was the path that led you to your role with Microsoft TechSpark?

I consider myself to be a very blessed human being. I was born in a rural community in central Mexico. In that rural community, there were very few chances to have a job and be educated.

Thanks to an academic contest in my elementary school, I had the chance to participate and win the regional contest. The prize was a trip to Los Angeles. I don’t know if you can imagine that, being in a very rural place, with dirt and very few exciting places like a library or a company or an airplane. I had never even heard someone speak English.

I was 11 or 12, and went to Los Angeles and saw a totally different world. I saw an airplane, an airport. I saw a computer for the first time in my life. I was so surprised and impacted by what I saw that I understood there was a different life to try to look for.

When I was sent back, I always looked for a way to keep studying and be educated. In high school, I studied programming and software, and became a programmer. I’ve always been convinced that tech can give us better opportunities in life.

I worked at Tecnológico de Monterrey in Mexico, related to the auto industry. When I started to work and develop projects, I went to different cities and states in Mexico. I had the chance to visit Juárez, and was so surprised and shocked by all the social challenges with young people and children. I couldn’t think of anything else but to establish in Juárez, where people were very similar to me when I was a child.

I want to help them reach a better type of life. I came here about 12 years ago and fell in love with the region. I started to have a chance to do activities in El Paso and in Juárez, and I learned that the more we work together, the better it would be for our population.

Now that I’ve had the opportunity with TechSpark, that’s accelerated the mission for me. Supporting Hispanics, giving them access to these types of opportunities, it’s like a dream come true. Whenever we have the chance to see a child or young person be equipped with this, they’re so excited to learn these types of skills. They have a lot of talent and just need an opportunity.

Recently, we’ve been preparing a binational tech council with some industry and academic players. We’re working to define how we can address current and future challenges. An (artificial intelligence) report for The Borderplex (Alliance) is one example of that.

We have the Microsoft TEALS (technology and literacy in schools) program. The idea is to support high school computer science programs. El Paso has been a great success thanks to JJ Childress.

In Juárez, we’re preparing to follow those steps. We want to enable students from high schools to improve their STEM capacities.

For the Bridge Accelerator, our region is very strong in manufacturing, but we also have many opportunities and challenges.

For example, the supply chain. We (in the region) import around $39 billion, but only 2% of that is locally produced and supplied.

We’re running our third Bridge Accelerator cohort. The objective is to support local businesses and increase local integration into the worldwide community.

Q: What’s been the COVID-19 impact on tech in the borderland?

We’ve seen a great impact in our region, especially in regard to the digital transition. I’ve been in this role for a year and a half. I had participated in some innovation projects in the region and had been talking to nonprofits for a while.

A couple of years ago we were struggling, needing to better prepare for the future. Maybe we thought this (digital transition) was going to take longer. But because of COVID, we had to change a lot of work habits, conduct, education, interaction. We’re still doing that and using remote tools.

It’s brought more awareness to the population, and I’ve seen that it’s also started to accelerate automation. It’s accelerated people to be more interested in preparing themselves for the digital economy.

Before COVID, we were releasing some educational programs for digital skills. Now, we’re starting a program next week and had expected 35 people to enroll. There are now over 250 enrolled. That tells me in general people are more open to the digital economy.

Because of other worldwide changes, our region is bringing a lot of opportunity. With the (United States-Mexico-Canada Agreement), we’ve seen many investments in Juárez. We’ve had other new investments recently in the region. We believe some are related to USMCA, and also bring new types of opportunities to access a better type of job thanks to digital skills.

Q: What do you mean by the digital transition and digital economy?

Our main economic areas here are related to manufacturing, logistics, health care and aerospace. All these areas are global and are being impacted by the adoption of new technologies that allow them to produce faster.

These areas are all going through the same path, and the auto industry as well.

We foresee that AI is going to impact our region. We will have a need to reskill our population. More than 50% of the jobs in the three cities will be affected in the next few years by AI and technology. It’ll be positive as long as we prepare our population.

Q: What else are you doing in the AI area?

We had the chance to collaborate and support the Center for Artificial Intelligence in Juárez. I think the inauguration is taking place in the next month. Its infrastructure is close to the border, and its objective is to support binational projects.

Thanks to the support of TechSpark, we’re working with around 400 people that will be tech trainers for the region. They’re already learning the internet of things, machine learning and artificial intelligence. They can help us deploy to more populations these types of skills and advance a more specialized training that’s already starting to be a need.

About three weeks ago, I was contacted by a company in El Paso and Las Cruces, a robotics company looking for talent in the region. We’re exploring how we can connect these talents so they can be competitive.

Q: What has been the impact of the new USMCA trade agreement?

When it was signed, some weeks after that, we saw the expansion of some companies. I talked to a manager of one of them, and he said it took place because of the agreement.

It’s also related to the U.S-China relations. Our region is becoming much more attractive, especially because of the relationship and collaboration we have in the borderplex – in El Paso, Las Cruces and Juárez. They support new types of investments.

Companies have had a lot of confidence for those investments to increase. In Juárez, that’s been happening especially in manufacturing. We’re also seeing interests in other things we haven’t had before in the region. We represent the gate to the USMCA.

If we follow the plans we have in the region of strengthening our three cities in talent development, we’re sure the jobs we need in quantity and quality will come to our region.

Q: How can the region keep moving forward?

When I have the chance to talk to people from different countries, and then come back to my region, I’m convinced that we have a powerful region. I consider that most of these opportunities and challenges can be solved and addressed within ourselves and within our region. I think the core for improving our quality of life is more in ourselves.

I tell people that El Paso and Juárez are like a single urban spot. The ones who have never been here don’t believe how close we are. I feel so happy when I show them the map, and they see that we’re truly urban. They get surprised by the geographical location we have.

Being here, so together with all these possibilities, I think we can do a lot together if we continue strengthening our collaboration. We have to keep on doing that and take advantage of the philosophy, but we also need to develop more initiatives. We’re preparing some other initiatives right now with other key players.

We invite our population to prepare themselves for the digital economy. They have access to different programs, in El Paso with JJ (Childress), and in Juárez with myself. We have a lot of opportunities to prepare our population.