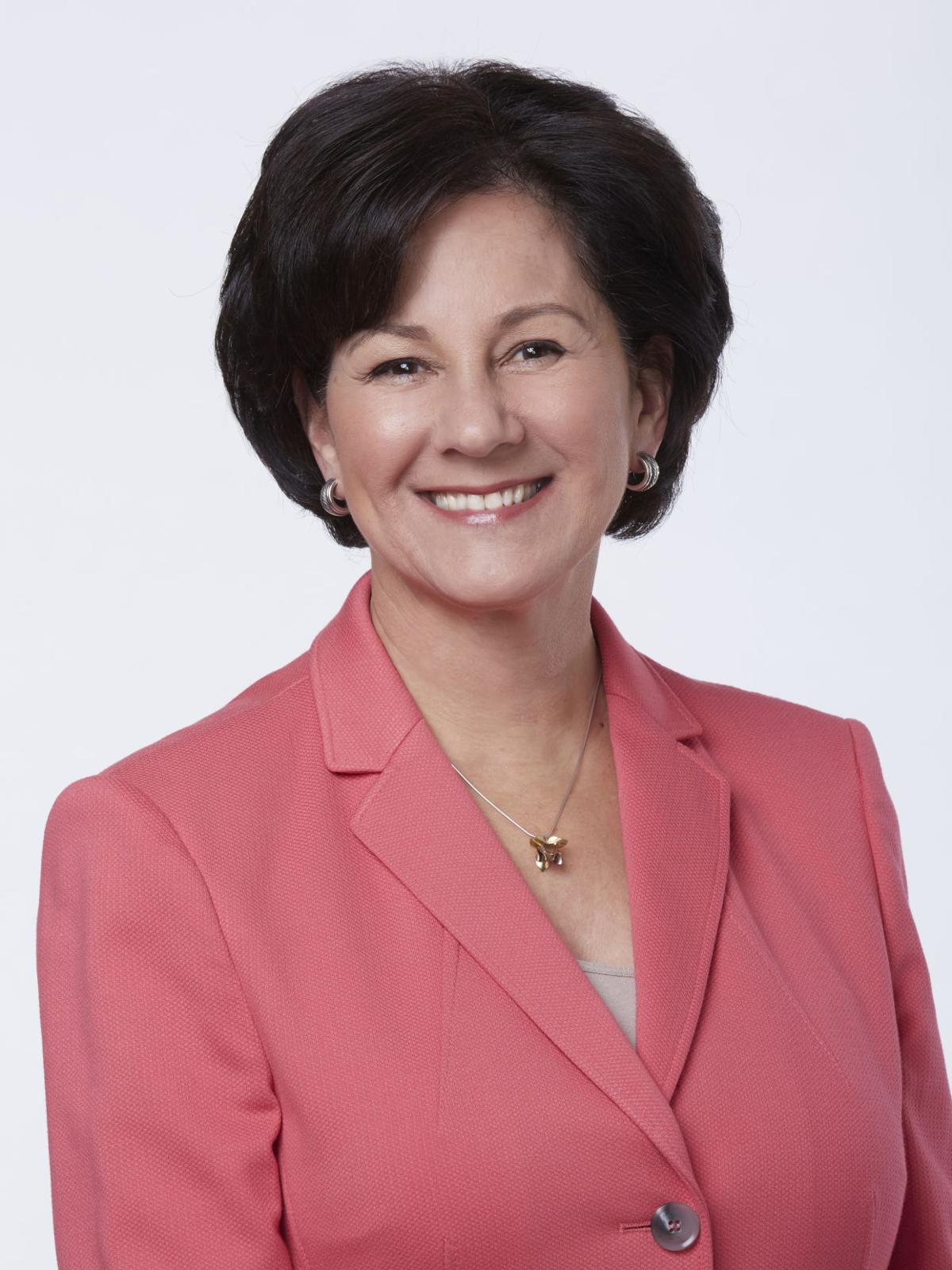 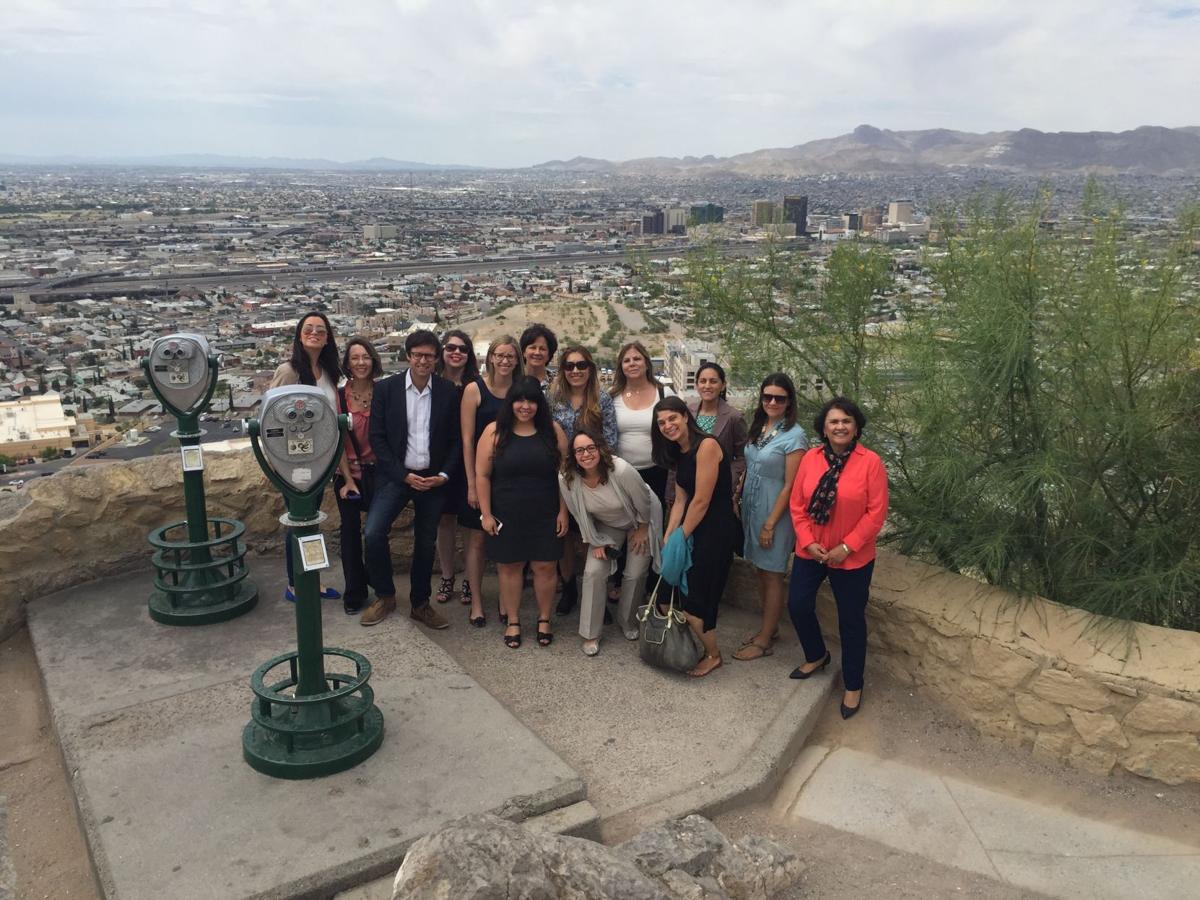 Monica Lozano, in the center back, stands with a group of journalists who visited El Paso in June 2015. They were accompanied by some El Pasoans.

Monica Lozano, in the center back, stands with a group of journalists who visited El Paso in June 2015. They were accompanied by some El Pasoans.

Hispanics are the youngest ethnic group in the United States. Nationally, more than 800,000 Latinos turn 18 each year – becoming eligible to vote and heading off to college or into the workforce.

With a population that is more than 80 percent Hispanic, in many ways, El Paso looks like the future, and there is a lot to learn from what nonprofits, businesses schools and governments in the El Paso region are doing to prepare Hispanics for success, says Monica Lozano, a Hispanic business leader and chair of the Aspen Institute’s new Latinos and Society Program.

The Aspen Institute, a nonprofit think-tank based in Washington, D.C., brought a group of journalists to the El Paso region in June 2015. Attendees included reporters with The Texas Tribune, Los Angeles Times, NPR and Reuters.

The Aspen Institute followed that visit with a three-day tour of the region for “thought leaders” in April 2016.

They were department heads and executives from major, global organizations, including the heads of the social responsibility programs at Google and Target, the senior director of Walmart’s global government affairs, and the former CEO of 7-Eleven.

In 2014, Lozano retired as CEO of ImpreMedia, one of the largest media companies serving Hispanic communities in the United States, and went to work for the Aspen Institute, which launched its Latinos and Society program last year.

The program, which aims to elevate issues of importance to Latinos, was supported in part by a donation from El Paso’s Hunt Family Foundation, established by El Paso businessman Woody Hunt and his wife Gayle.

Hunt, who has long been involved with the Aspen Institute, said he wanted to start a discussion about U.S.-Mexico border issues at the institute.

“There was almost no dialogue around the Hispanic demographic and its policy implications in the U.S., and absolutely zero about the U.S.-Mexico border and the impact of that,” Hunt told El Paso Inc.

It’s the border region that’s most impacted by many of the policies made in Washington related to immigration and U.S.-Mexico trade, so it needs to have a strong voice, he said. The region cannot afford to let presidential candidates and others who are motivated by getting votes define what the border is.

“As long as we let others define us on the border, there will be a huge gap between perception and reality,” Hunt said.

The visit by the thought leaders to El Paso and Juárez was an opportunity to help narrow that gap, he said.

Lozano spoke to El Paso Inc. about why El Paso is at the forefront of innovation, the preconceived notions she had about the region, and the connection between America’s future prosperity and the country’s growing Latino population.

Q: Why bring these groups to the border to tour El Paso and Juárez?

Part of our work is to break down stereotypes, and you can do that in many ways. We believe that these regional tours into different parts of the country can have a great impact.

People come away better informed and with a deeper understanding. That then influences their work, and they are then able to articulate, in their circles of influence, a more educated sense of what America today actually looks like.

Q: What was the response?

There was a lot of feedback. Overall, the response was overwhelming – that people had come in with a set of observations or expectations about what the region was like, and in particular Juárez, and came out understanding it is an economic engine, there is great integration and the region is very safe.

The El Paso region is a place where there is such an opportunity for real economic and social advancement that is tied to a large Hispanic community. This is a city that understands the need to invest in, to prepare and to develop Hispanics, and it understands the value of these regional cooperations.

By debunking some of the myths and stereotypes and changing perceptions, by helping people understand this is an area with enormous potential, it will advance not only the region but will shift the way people think about our population and our contributions overall.

Q: What are some examples?

What the University of Texas at El Paso has been able to do, in terms of not just enrolling but graduating large numbers of people in science, technology, engineering and mathematics fields. The Medical Center of the Americas. These are examples of ways in which this isn’t a community that is pulling society down; it is at the forefront of innovation.

Just look at the cooperation with the maquila industry in Juárez. It’s no longer about shipping jobs across the border; these are highly integrated economic engines that are advancing both communities.

Q: What are some of the stereotypes?

When you just think about the youthfulness of the Hispanic population and the need to ensure this is a community that is educated and prepared for the workforce of tomorrow – there is a demographic imperative. The average age of the Latino is 26. They are now eligible to vote. They are going to college.

We are coming to the edge of the baby boomer generation, which means the number of people who will retire out of the workforce is in the millions. That’s why we think this imperative exists to create better channels of understanding and create a sense of mutual interest in helping to ensure we are prepared and will take on the leadership roles of American society.

Q: What was your impression of the El Paso region?

I, like everybody, was enormously impressed. I also had certain preformed ideas of El Paso. It is a community that is taking its destiny in its own hands. These are people who are deeply committed. The business leaders we met are deeply engaged with issues of education. There’s just a sense of momentum in El Paso that I was impressed by.

Q: Why was the Latinos in Society program started?

The idea was to create a program within the Aspen Institute that would advance understanding and awareness of the growing influence that the Hispanic community has in America. Our premise is that America’s future prosperity is tied to the growing Latino population in a very distinct way, and we need to advance a greater understanding and policy solutions that will ensure the full participation of Hispanics in American life.

Q: Why now? What spurred you to leave what you were doing and chair the program?

The fact that an organization with the prestige and the caliber of the Aspin Institute recognizes how important the Hispanic community is to the wellbeing of American society – I thought it was an important statement in terms of a non-Hispanic organization elevating this to the very highest levels.

I do think it says a lot about how we need to come together in a non-partisan, non-threatening way and identify and respond appropriately to the great demographic shifts that are going on in our country.

Q: Right now, is that possible – to have a non-partisan, non-threatening debate about the border and immigration?

That’s part of the value of the Aspen Institute. Not everyone agrees what needs to be done around immigration or the economy, but pulling people into a room where they can have intimate conversations pulls it out of the political spotlight – removes the need to stand on a soapbox. Unfortunately, a lot of times, the conversation is not data based, and it’s not factual.