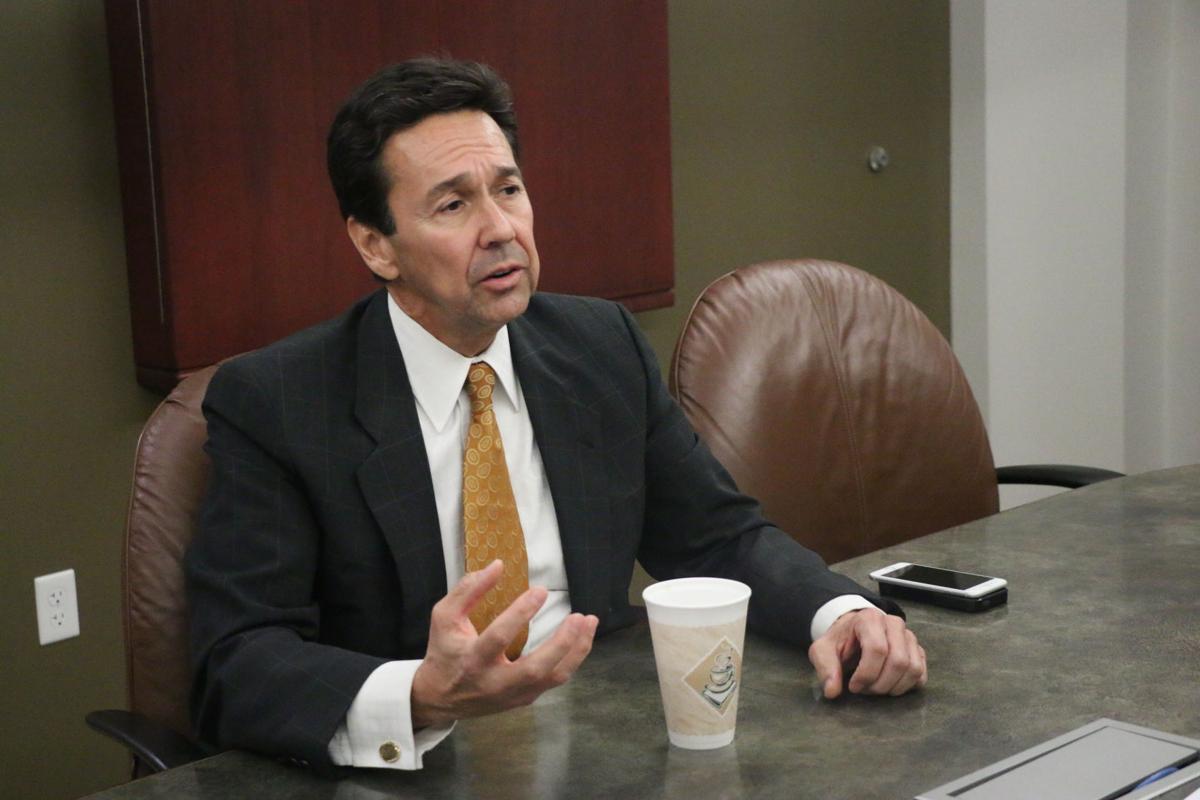 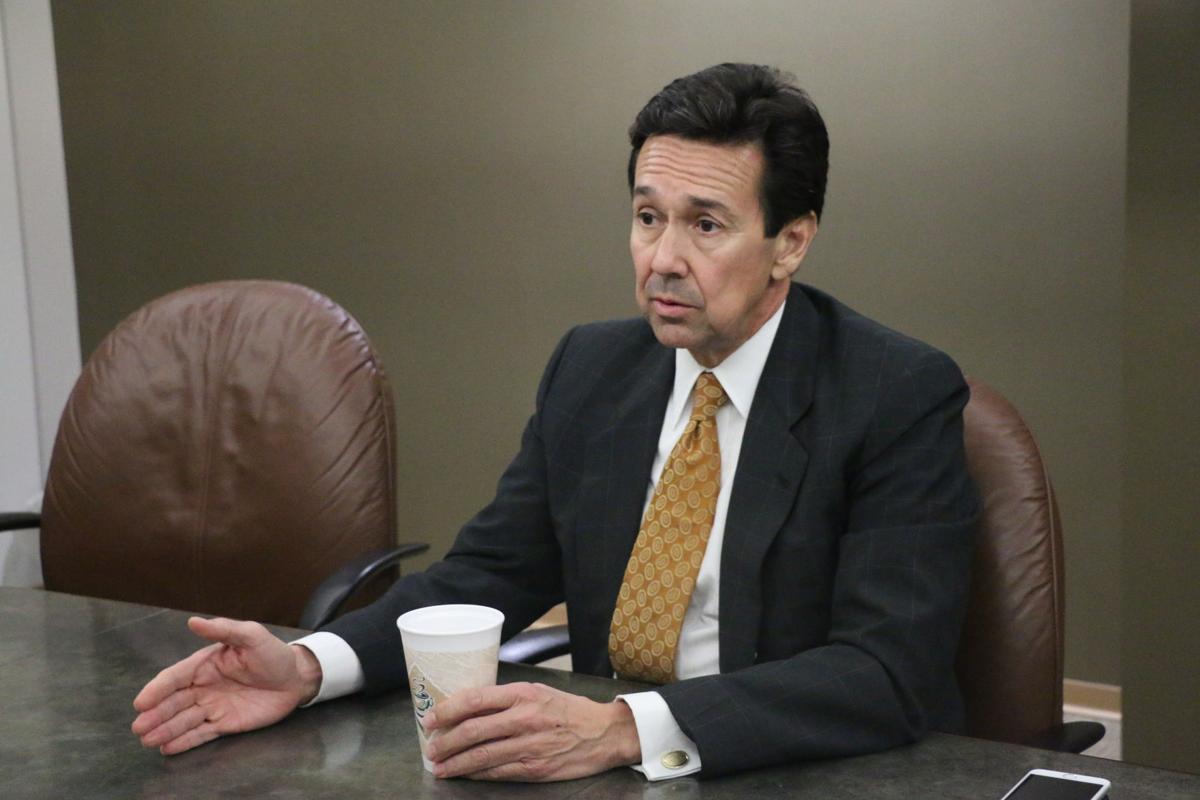 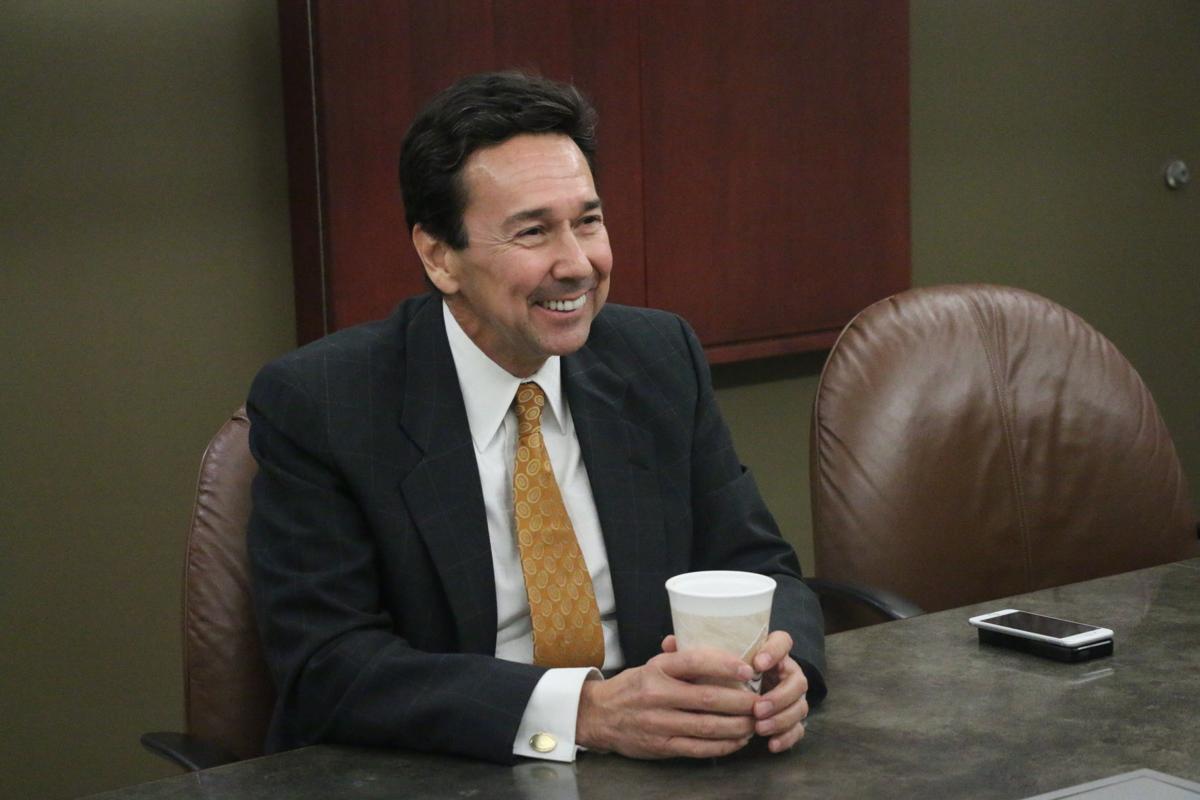 Of all the people that the Borderplex Alliance might have hired after the departure of its first CEO, Rolando Pablos, New Mexico’s secretary of economic development would seem unlikely.

But then Gov. Susan Martinez announced that Jon Barela, one of her longest-serving cabinet members, would leave on Sept. 30. The following day, he went to work for Borderplex.

Barela, 56, saw some major successes in his 5½ years in Santa Fe, like the $400-million Union Pacific rail yard near the Doña Ana County International Jetport, soaring trade figures and the wild growth of the area’s border industrial zone.

A Las Cruces native, Barela went to Georgetown University in Washington, D.C., where he earned a degree in foreign relations. Then he took night classes at Georgetown’s law school while working days on Capitol Hill for New Mexico Rep. Joe Skeen, a Republican.

Barela practiced law at a private firm in Albuquerque, served as an assistant New Mexico attorney general and worked at Intel Corp. before joining the Martinez administration in 2011.

Barela said he wanted to come home and spend time with his aging parents in Las Cruces – and he wasn’t looking forward to another Santa Fe winter – when someone suggested he look into the Borderplex job.

“The time was right,” said Barela, who has relatives in El Paso and ties to Juárez. He now lives in West El Paso.

He won’t discuss the details of his hiring or his compensation. He was making $124,000 a year under Martinez, and according to Borderplex’s 2014 tax filing, Pablos’ total compensation that year at $391,479.

“Growing up in New Mexico, I very much love this region,” Barela said. “It’s a blessing to be back home and working on behalf of the people of this wonderful region.”

The Huffington Post has already asked him to be a regular contributor on border issues, and his first column is now online at www.huffingtonpost.com.

Though his former boss grew up in El Paso, she adopted a New Mexico attitude about Texas, regarding it and El Paso as her state’s chief competitors for jobs and development, especially around Santa Teresa.

Borderplex was expected to improve those relations, but Pablos got off to a bumpy start with leaders on the New Mexico side. That didn’t improve as Santa Teresa’s industrial zone won over one new company after another. But Barela, who has the governor’s cell phone number and is ready to use it, said he has friends in Santa Teresa and has already made some headway there.

He sat down with El Paso Inc. at Borderplex’s headquarters in the Centre Building Downtown to talk about improving the region’s economy, the challenges of a Trump presidency and the advantage of having an El Pasoan work for the governor of Chihuahua.

Q: You’ve been at Borderplex since October. What’s at the top of your to-do list?

I think one of the first things we have to do, in light of the national rhetoric now that the national election has been concluded, is to tell our story. The current national folklore is that the border is a very violent, lawless frontier that is a gateway for unfortunate activity in the rest of the country.

In fact, the Borderplex region is the gateway of trade for the Americas. Our immediate priority is to tell the rest of the country, indeed the rest of the world, that we have the safest communities and that you have nothing to fear being here. In fact, this is an amazing place to invest, to live and to visit.

The FBI’s latest crime statistics, released Oct. 28, show violent crime is down another 7 percent in El Paso and 9 percent in Las Cruces, despite the national average going up 4 percent. If you look at the list of the 50 most dangerous cities in the world, Juárez is not there. But guess what, four U.S. cities are.

We have to unify as a region in order to push back on that false narrative.

Q: One big issue is President-elect Trump’s position on NAFTA. People here understand its significance but he wants to back out.

I think it’s incumbent upon us to inform the leaders in Washington and Austin about how effective NAFTA has been. In 1994, the U.S. was doing about $159 billion in trade between the two countries. Today that figure is close to $600 billion.

We can decide to become a protectionist nation that limits its goods to be sold to 350 million people rather than the 6 billion people around the world. These products are going to get manufactured somewhere.

When you put up barriers and walls, figuratively and literally, you concede the point that this nation can’t compete. That’s a concession I’m not willing to make.

Q: That’s what Trump said he wants to do.

I think we should give the new administration a chance. Let’s see where they go. It’s our opportunity to lay out our case to Washington and to Austin and let people know trade is a big deal to all of the country, but especially in the border states.

Q: There has always been talk about regionalism and how El Paso, Juárez and Southern New Mexico should work together. But it seems there’s been more competition than cooperation. Is it time for a new approach?

I have worked very closely with the Border Industrial Association and Jerry Pacheco there in Santa Teresa. We will be reaching out to integrate policies and seek advice and counsel from the BIA and certainly will be very respectful of their efforts and opinions.

In my first weeks, there have been a number of Santa Teresa businesses that have joined the Borderplex Alliances’ investors.

I won’t say right now, but we’ve had at least three.

Q: Where does Borderplex’s $2.2-million budget come from?

It’s a membership-driven organization and investors.

Q: What does Borderplex Alliance do?

The Borderplex Alliance serves two functions and two missions. No. 1 is to work in the three-state, two-country region to align major policy priorities and to encourage and promote regionalism when it comes to particular issues. They could include workforce development and infrastructure planning. We have nine task forces operating right now that address a variety of those regional topics.

Borderplex also helps promote cooperation in those nine areas. It’s based on a strategic plan that was completed 18 months ago or so. That process that we’re in now with the task forces is called Borderplex 2020.

The second function of Borderplex is to promote the creation of jobs and economic opportunity for the citizens of this region by promoting this region with investors from outside of this area.

Q: What is uppermost?

The notion that we have to have a trained and trainable workforce is very important. Once a company decides to expand or relocate, the next question is, do you have the workforce that the company will need to fill those open jobs?

We need to realign some of the workforce training that occurs here because the employment base constantly evolves, technology evolves and businesses expand and sometimes become more automated.

Q What were you able to accomplish as New Mexico’s secretary of economic development?

It is something we needed to change, so we set about diversifying the economy. One success, and this was a bipartisan effort, was we were able to make a much more competitive place to do business.

We had one of the highest business tax rates in the country. Ernst and Young ranked New Mexico 51st, behind Washington, D.C. and California, with the least friendly tax system to business.

Fast forward, Ernst and Young now ranks New Mexico as the best place in the Western U.S. in which to manufacture a product. That’s the change we made. Texas made us better. We had to compete.

We came up with the border jobs initiative. I grew up in this area and Gov. Martinez is from this area. We knew there was some low-hanging fruit for which we could implement some policy changes for investments.

The result has been impressive. Close to 4 million square feet of office and industrial warehouse space was built in six years in Santa Teresa. Conservatively, close to 2,500 jobs were created statewide and hundreds of millions of dollars in investments were made.

Again, New Mexico became a leader in export-related job growth and in overall exports, a lot of it due to the investments we made in Santa Teresa.

Q: Santa Teresa and its industrial parks have been very successful in attracting new companies in recent years. What help did the state provide?

What the state did to help Santa Teresa was the border jobs initiative. Among the other things we did was to pass a diesel locomotive fuel reduction, which led to Union Pacific investing $400 million in their facility.

Second, we established an overweight cargo zone so Mexican trucks didn’t have to unload their products prior to entering the United States.

That zone was later expanded to encompass the new UP facility that led to companies putting in warehousing and logistics operations on our side of the border.

New Mexico has now invested probably close to $30 million in infrastructure related to water, transportation and other projects.

Q: What could El Paso learn from Santa Teresa’s success?

El Paso leaders understand very well the importance of binational dialogue and infrastructure improvements. You can witness right now what’s going on with Interstate 10 and some of the major arterials.

I think the challenge is political, or what I call policy evangelization. When we took over six years ago, a lot of people didn’t understand the border and a lot of critics had never been to the border.

I think the same thing can be learned from the situation that El Paso is in.

It’s remote, like Santa Teresa, and far from Austin.

I don’t think there is any malice behind the misconceptions in Austin, but it’s our job to go tell our story and invite members of the legislatures and business leaders here. That’s what we did in New Mexico.

Q: It seems that you and Gov. Martinez came to all the grand openings in Santa Teresa. What difference does that make?

It’s significant to have the governor’s support actively and behind the scenes. We also went to California and Arizona, because I thought that was a very fertile ground for expansion in New Mexico.

She made calls on businesses. They had no clue what we could offer. It was that kind of individual engagement that was so vital in locating these projects.

Q: Are Texas officials missing an opportunity to tell the story about the border region?

I don’t think we’ve ever seen the governor or state official come to El Paso for an event like that.

The best way I can answer that is to say communication is a two-way street. My objective is to make sure that we tell our story to leaders at the state and national level. That process has begun.

And I have to tell you the new leadership in Ciudad Juárez – including Alejandra de la Vega, the new secretary of the economy for the state of Chihuahua – gets it. So I’m very optimistic that the communication will be as good as it’s ever been.

Yes. She was just tapped. It’s a tremendous service that she’s doing and she obviously understands this area. What a golden opportunity we have to align the communication and coordination of policy with Mexico. This is ultimate service. She didn’t have to do that. She’s going to bring a dimension to that job that I doubt has ever existed.