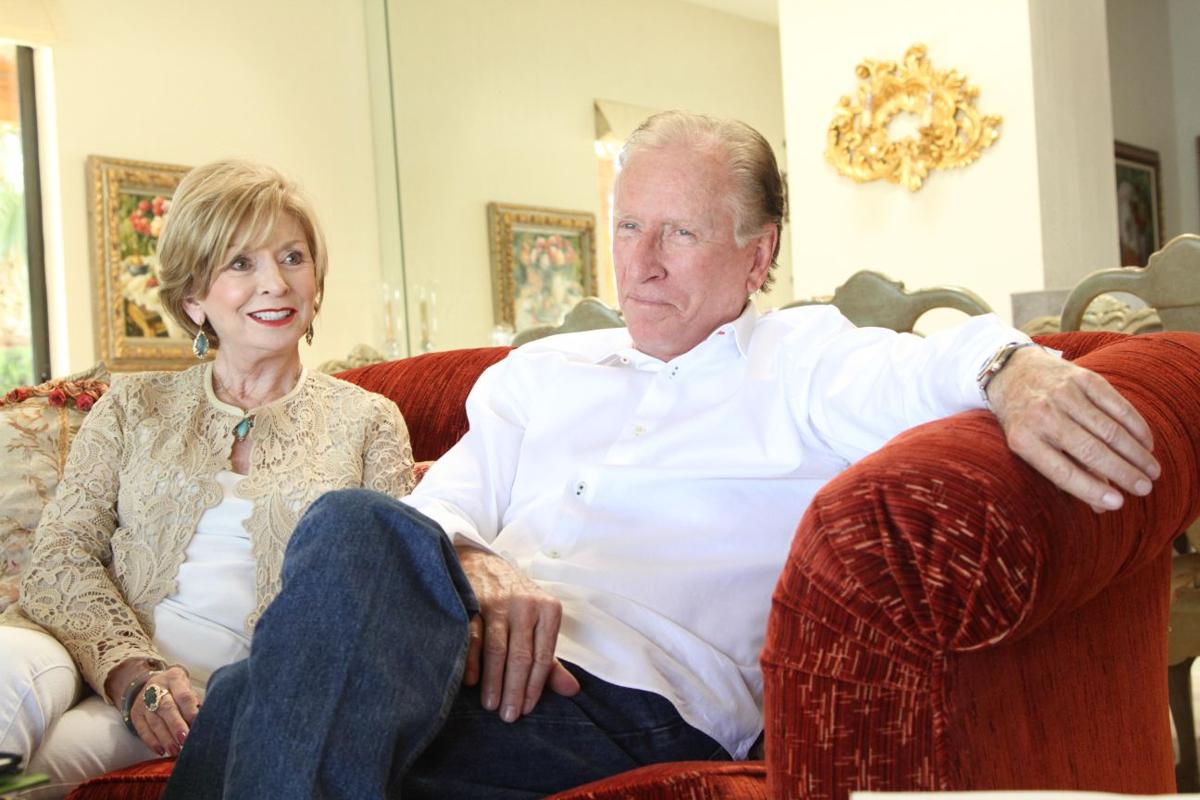 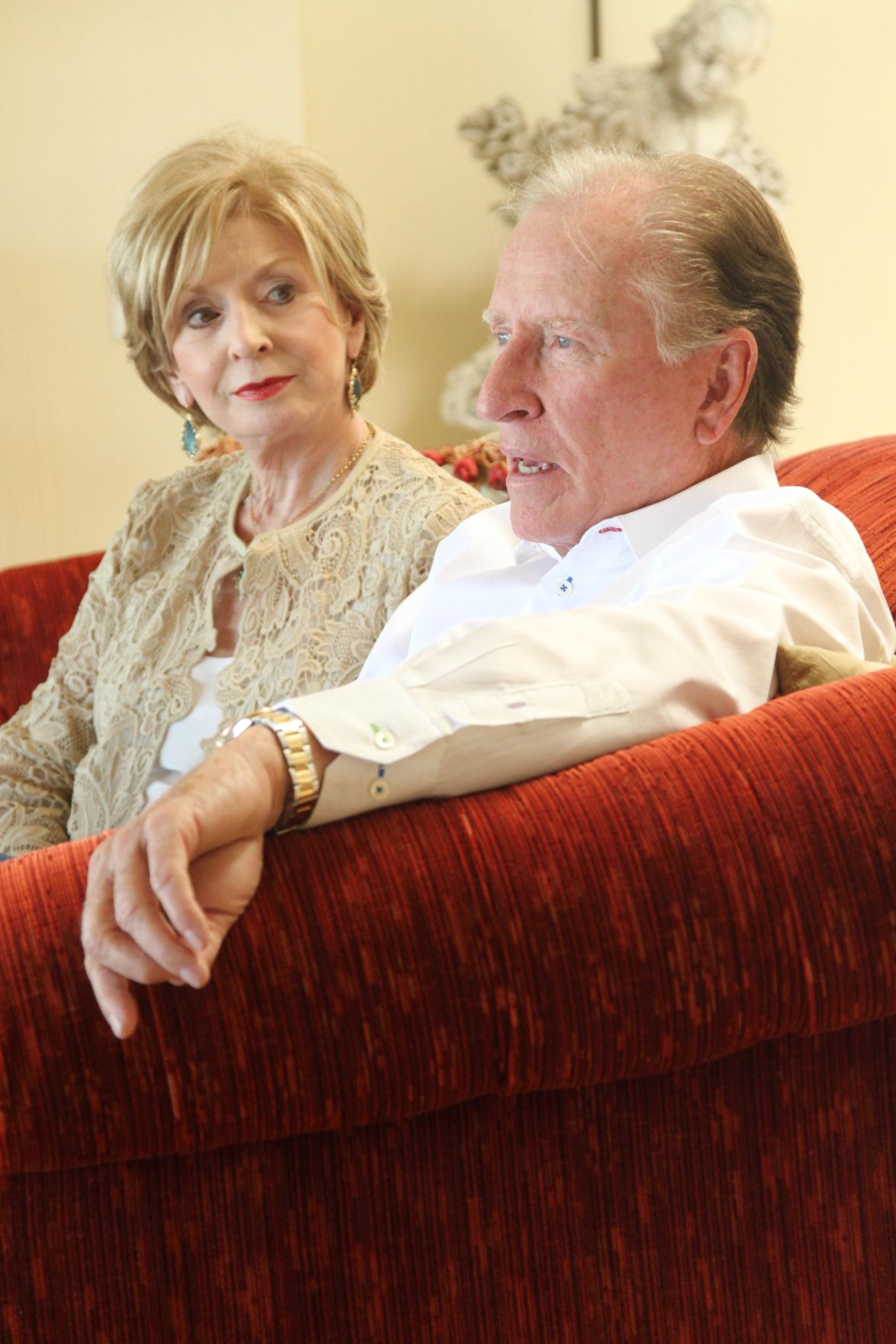 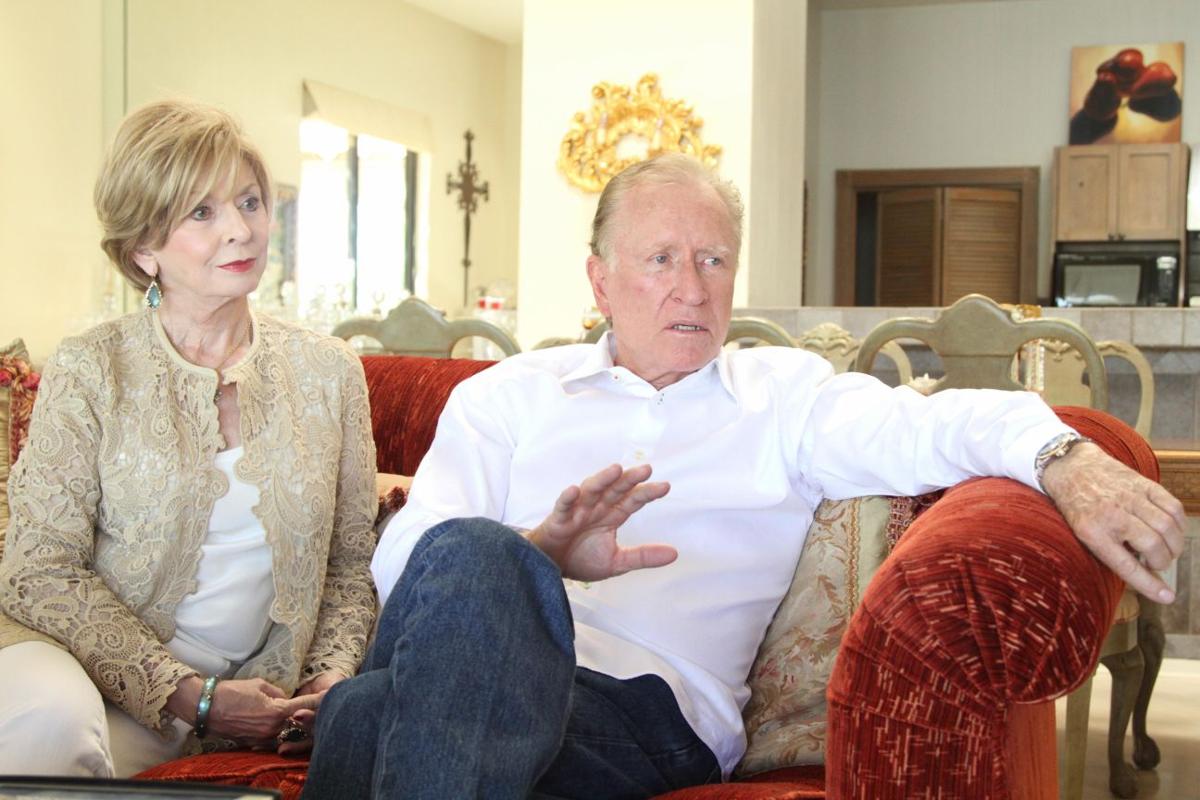 It was an unusual move: The El Paso Symphony Orchestra dedicated the 2014-15 season to longtime symphony supporters Marlene and J.O. Stewart Jr.

Ruth Ellen Jacobson, the symphony’s executive director, said their support was much more than financial.

“It’s their leadership, their advice, their time and their relationships with the staff and orchestra. They are among the very, very few donors who know all our musicians in the orchestra.”

J.O., an El Paso native, met Marlene, who was born in Scotland, in Detroit, where he had gone to direct Christian music program. He heard her singing in a church choir and fell in love.

They married in 1965, and moved to Los Angeles where J.O. worked on a master’s in music at the University of Southern California. Marlene was accepted into the Hollywood School of Dance, but decided to study opera at USC. When James O. Stewart III was born, they returned to Texas and went into business.

Last spring, the Stewarts discussed their many years of support for the arts with El Paso Inc.’s arts columnist, Cindy Graff Cohen. As she arrived, J.O. was playing Debussy’s “Claire de lune.”

With the passing of J.O. Stewart on Jan. 27, El Paso Inc. is sharing excerpts from that interview.

Q: Would you have believed back when you first began contributing to the symphony that you would become among its longest-tenured, most generous sponsors?

M.: We never thought about it; we just kept doing it because we thought the symphony was important and we love music. We didn’t feel like we should have a business here and not give back to the community.

Q: You both are passionate about music, and music brought you together when you were young. Is music a part of your daily life now?

J.O.: I practice daily and one of the main reasons is because I have read articles that say that as we get older, we need to do things to stimulate our minds. So I read material that I’ve never read before and I try to practice music that I’ve never played before.

M.: I have music going all-day long at home – I listen to NPR all day. I don’t like the feel of a house without music.

Q: As part of your musical life here, you have a wonderful recording studio. How did you acquire El Adobe Recording Studios?

J.O.: When I came back to El Paso, I had three things that I wanted to do. I wanted to start a conservatory of music, be involved with music at church, and have a recording studio – and I’ve had the studio for years. Never made any money from it; I don’t think any studio does. But it’s been interesting.

When I bought the property in 1980, it wasn’t a recording studio. It had been built in 1934 and it was going to be a nightclub, a dance hall and a restaurant, and when Prohibition came, it just killed that business. Then it was used for all kinds of things.

The first group who came to record was Lynyrd Skynyrd. They spent about two months in El Paso after the car accident that killed some of their members and crippled others. They wanted to see if they could recover from that tragedy and they did some rehearsing and some recording. Juan Gabriel also recorded there.

A number of musicians in the symphony, like Sam Trimble and Kenny Capshaw, have played in the studio. I really got better acquainted with many of the symphony members when they came to do studio work.

Q: Have you recorded some of your own music there?

J.O.: I’ve done some keyboard in some sessions and Marlene made a CD there, mostly for family.

M.: I really did it for my parents. I sang a lot of my Dad’s favorite gospel songs.

Q: People say that you know the musicians and have friends among the musicians. How do these relationships influence your support?

J.O.: So many of these musicians, we’ve done music with them, we’ve done church work with them, we’ve sponsored scholarships and more. We genuinely appreciate the players because they give so much time and get paid very nominally. If it hadn’t been for their generosity and unselfishness, we would not have the ongoing symphony that we have.

M.: We care for them and respect their talents. When you think about what it takes to be a good musician, you just have to appreciate what they’ve done so that we could enjoy this gorgeous music.

Q: What would you tell young people today about the importance of supporting an orchestra in our city?

J.O.: I don’t know the source of what I’m going to say, but studies have found that students who study music do better academically across the entire spectrum of schoolwork.

M.: I used to go out and raise money more than I do now, and I would have people tell me, “No, I’m not interested, I don’t want to put my money there.” And I would say, “For a month, don’t play any music in your home or office, don’t read a book, take down your art and tell me how you would feel, without having any of that stimulation.” Of course, I always got a check!

If you think about that, I think people would just feel empty without the arts.

J.O.: Think about the conditions in Europe in the years under communism. Their architecture was dull, the music was third rate, dance was suppressed. We see the results of not recognizing and supporting the arts when you look at communist-ruled countries.

J.O.: I think we need to recognize that there are so many over the years who have contributed so much time and so much money and have done as much as we have done. They should be recognized for their contributions.