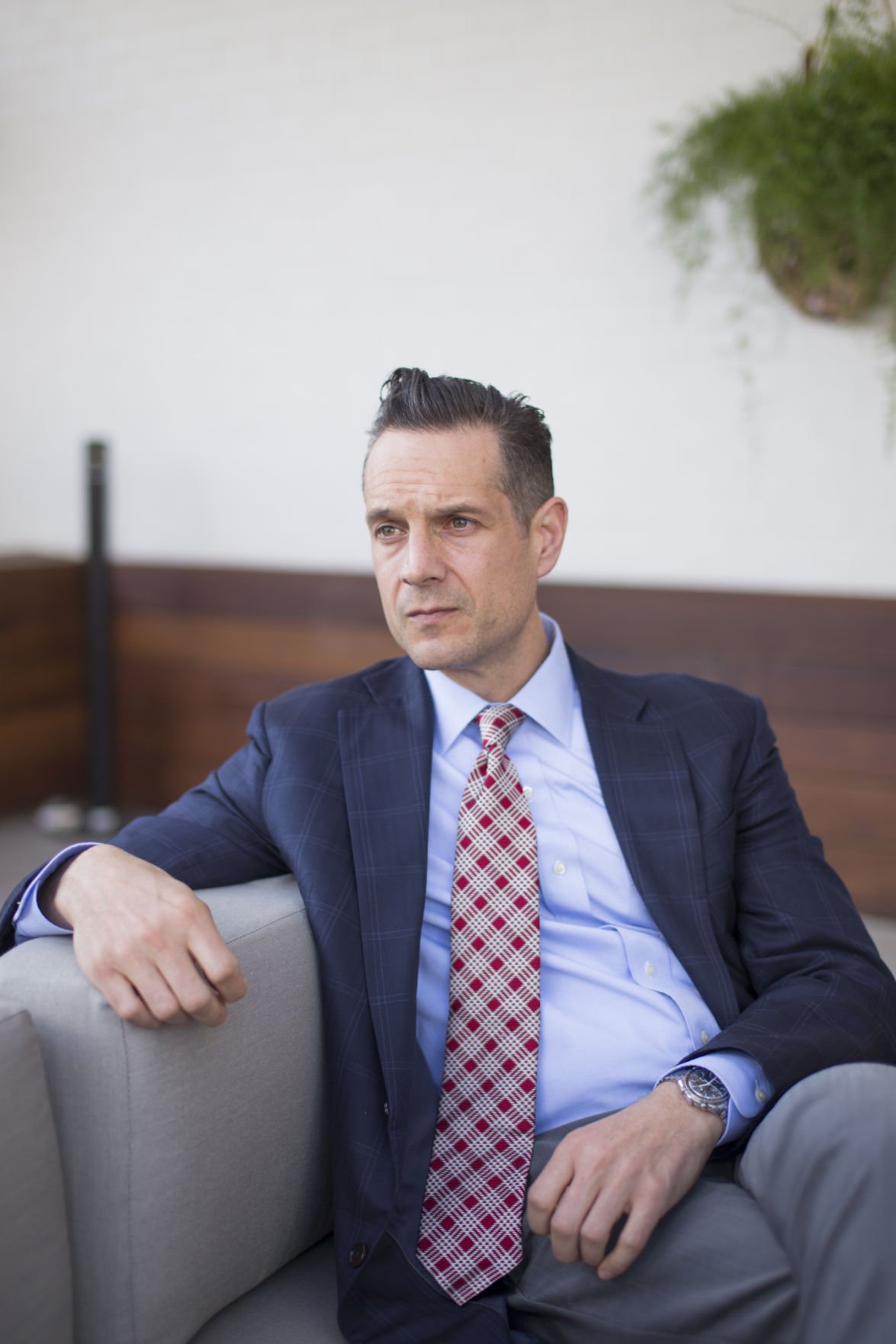 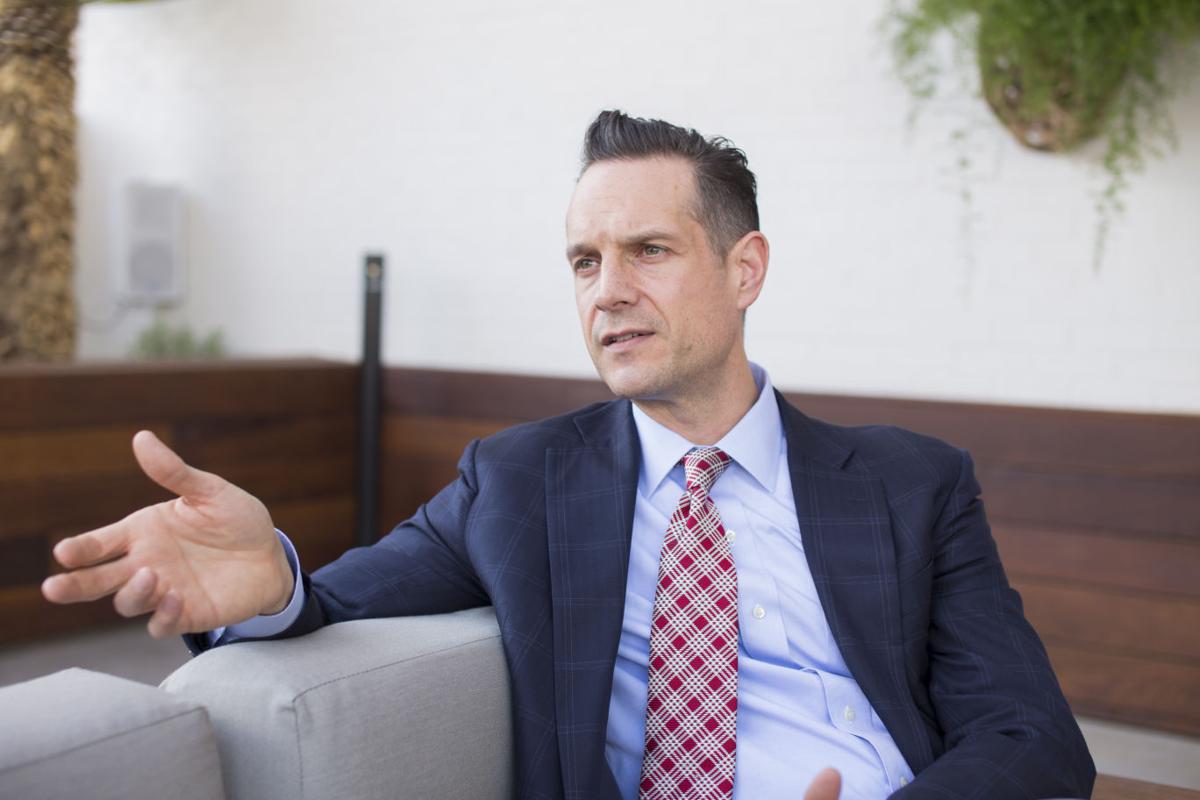 In the process of sending man into space, NASA has developed thousands of technologies – everything from asteroid mining robots to software – that have potential uses here on Earth.

Daniel Lockney, who grew up in El Paso, is the space agency’s leading authority on those technologies and their earthly applications. As the Technology Transfer Program executive at NASA headquarters in Washington, D.C., it is his job to try to get as many of them as possible into the hands of private industry.

Lockney was in El Paso last week to promote NASA’s Space Race, a competition the space agency has launched here in partnership with El Paso-based Medical Center of the Americas Foundation and the Center for Advancing Innovation, or CAI, a non-profit based in the Washington area.

During the competition, entrepreneurs will present plans for turning 10 selected NASA inventions into high-growth startup companies. Winners will be given $2,500.

Lockney, 39, was born in Michigan. But shortly after, his father, who was in the military, was stationed in El Paso at Fort Bliss.

“We moved around a lot when I was a kid,” Lockney said.

The family lived in El Paso for 10 years in the 1980s. Lockney attended Polk Elementary and Morehead Middle School. His parents earned their doctoral degrees at New Mexico State University.

“I spent a lot of time as a kid running around that campus and exploring,” Lockney said.

He earned a degree in American literature at the University of Maryland and a degree in creative writing at Johns Hopkins University. Before going to work for NASA, he taught journalism and technical writing.

Lockney and his wife, Sara Makris, live in Baltimore, Maryland, with their dog, Astro.

Lockney sat down with El Paso Inc. during his four-day visit and talked about the technology NASA is bringing to El Paso, how entrepreneurs can get involved and what the biggest rocket ever built has to do with skyscrapers.

And if you sometimes confuse the legislation that founded NASA with the opening lines of “Star Trek,” don’t feel bad. So does he.

Anytime NASA launches space missions, the agency develops technologies that never existed before because this stuff has never been done before.

So we try to figure out who else can use them and what other applications the technologies might have. We then try to offer them to industry.

Q: NASA has a long history of finding uses for its space technology here on Earth. That’s always been one of the arguments put forward for funding the agency.

NASA has been doing this for 50-plus years – getting these mission-based technologies into the hands of other folks.

It was written into our foundational legislation in 1958. Congress said don’t just take all this money and blast it off into space, but have it come back to earth in practical forms.

Q: How much technology does NASA have with commercialization potential?

We have thousands of technologies that are available for people to use, including a thousand-plus software codes and about 1,500 patents available for license. In addition to that, we have data that has potential for use elsewhere.

Q: Why doesn’t more of the technology make it off the shelf?

A lot of it does. One of the challenges we have is that the technologies we develop for space missions are made for very specific activities, and they require additional research and development to get them market ready. NASA is not creating a product for market, but a device or capability.

Q: What is the opportunity for startup companies in particular?

In October, we launched the Startup NASA initiative, which is a no-cost, non-exclusive license for three years. So you take the technology and if you can’t get it off the ground, everybody walks away and there is no harm done.

But if you are successful, you pay royalties to NASA, which go to the inventor. Our offer to the startup community is no licensing fees and proven technologies.

Q: I understand from those who work in the startup world that the terms are particularly generous.

NASA has kind of a “white hat” reputation. Our mission, written into our founding legislation, is bold and dramatic.

Q: I take it the legislation doesn’t begin, “Space, the final frontier…”

No, but the legislation literally says that NASA’s activities in space will be devoted to peaceful purposes for the benefit of all mankind.

NASA is this bold and beautiful organization. We really are exploring the universe and trying to understand our planet better. It’s for everybody, so it is not out of character for NASA to do something like this.

Q: How successful have you been bringing space tech to earth?

President Obama called on all federal agencies to accelerate their technology transfer activities and see what they could do to help industry. So we set about minimizing the bureaucracy, so we could spend more time interacting with people and get out more.

We’ve had a 250-percent increase in annual patent licensing and doubled the rate at which we release software to the public.

Q: What are the actual numbers?

Q: Where can these NASA inventions be found?

Our website is technology.nasa.gov and you’ll find the technologies there.

Q: What is a recent example of a NASA technology that was commercialized?

So NASA is building this thing called the Space Launch System. It will be the biggest rocket ever built and is going to take humans to Mars.

One of the design flaws NASA ran into was it was shaking on the launch pad so much that it would have been catastrophic to the crew.

If it was on Earth, you’d strap it down or cover it in concrete – just add mass. But you can’t do that to a vehicle you are trying to lift off the Earth.

But engineers found a way to use the weight of the liquid fuel to hold it from vibrating, using complex physics. So we started thinking about ways others might use the technology. What else is kind of small and skinny and can shake around, we asked. Skyscrapers.

We approached the builders of several skyscrapers in New York City and asked them if they were interested. In April, a new apartment building in Brooklyn is going to have our new vibration dampeners installed.

Q: How many technologies were commercialized last year?

Q: What are the technologies you are bringing to El Paso?

We’ve got several. One of my favorites is remarkably simple. It’s this liquid galvanic coating you pour onto concrete and it soaks into the concrete and strengthens the rebar.

It extends the useful life of concrete structures. NASA developed it out at Kennedy Space Center, which is out at Cape Canaveral, Florida.

The launch facilities are built by the beach, which is nice, but it is one of the most corrosive environments you can find with salt and wind and sand and hurricanes.

We have another technology for asteroid mining. It’s this little robot that can be used in other mining applications.

Q: What is the Space Race?

It is a contest that merges together a slice of NASA’s technology portfolio with mentoring and business plan development and seed funding.

It’s kinda like a business plan competition, but you can come in without having full knowledge about how to do this and there are training programs.

We supply the technology. And the blue meatball – NASA’s logo – is a powerful coalescing force. It brings people together.

Q: How has it been to return to El Paso?

It’s been fun. A lot looks the same, which is reassuring. I love the climate. Stores change, but the mountain is always here, which is the most incredible feature of this place.

Q: You studied literature and writing in college and then taught journalism. Why writing?

Originally I was going to go into engineering.

Q: Which is usually considered the opposite of things like writing and literature – the humanities.

I’m kinda neurotically organized; I like things in order, and math and engineering seemed like a good way to exercise that. But I took a class called metals. It was horrible.

“Who wants to know all this stuff? I want to build things,” I thought. And they don’t let you do that right off the bat.

But the classes that I liked were the reading and writing classes, so I pursued that. I finished with an English degree and it’s like, “What are you going to do now? Teach, I guess.”

So I got my graduate degree, did some teaching and freelance writing. I apprenticed as a carpenter. I thought about being an electrician, and I was enrolled in culinary school.

“I’m going to write cookbooks. That’s what I’ll do,” I thought.

Instead I applied for a job at NASA and got it. It was 2003, and I worked my way up to the position I am in now over the course of 12 years.