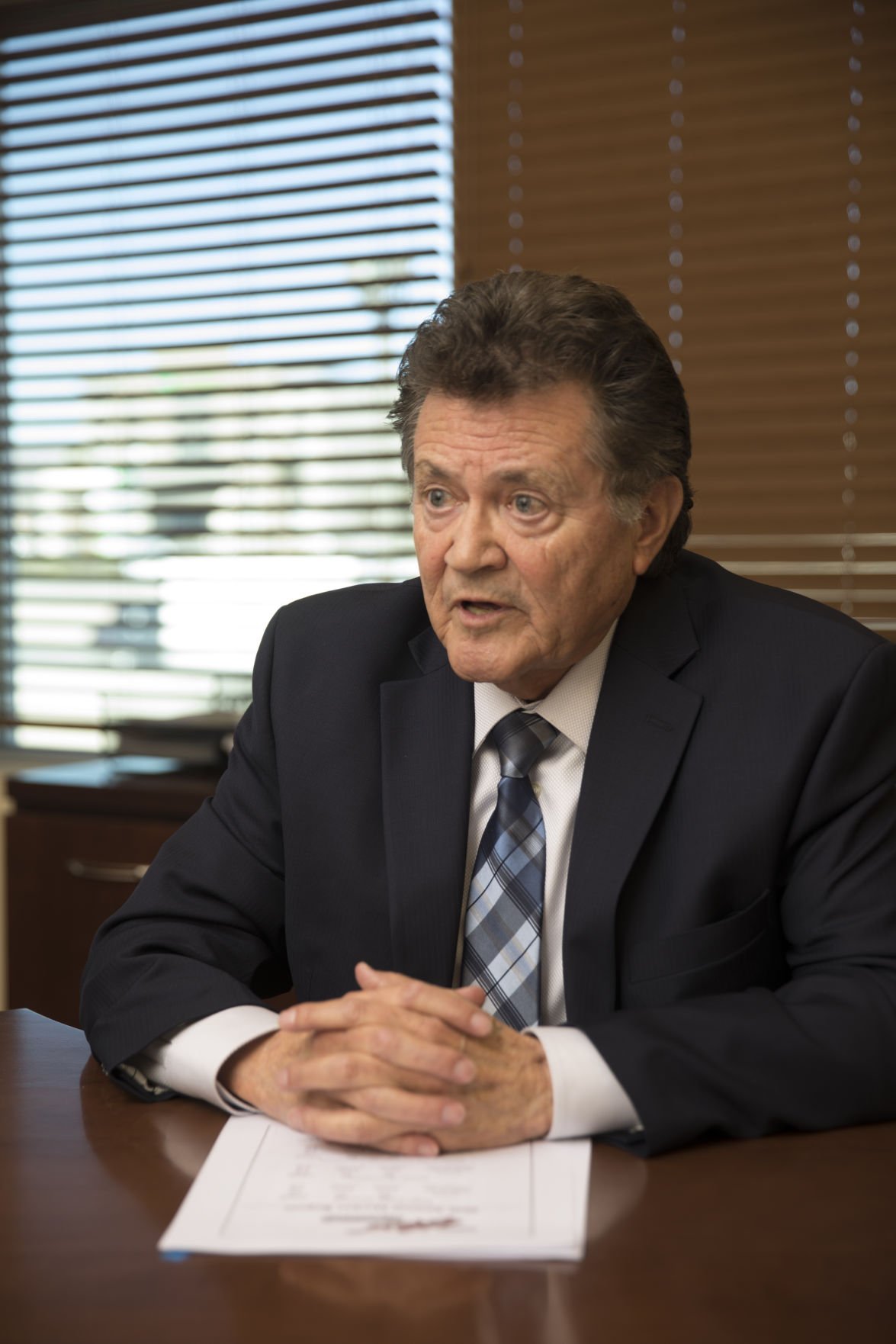 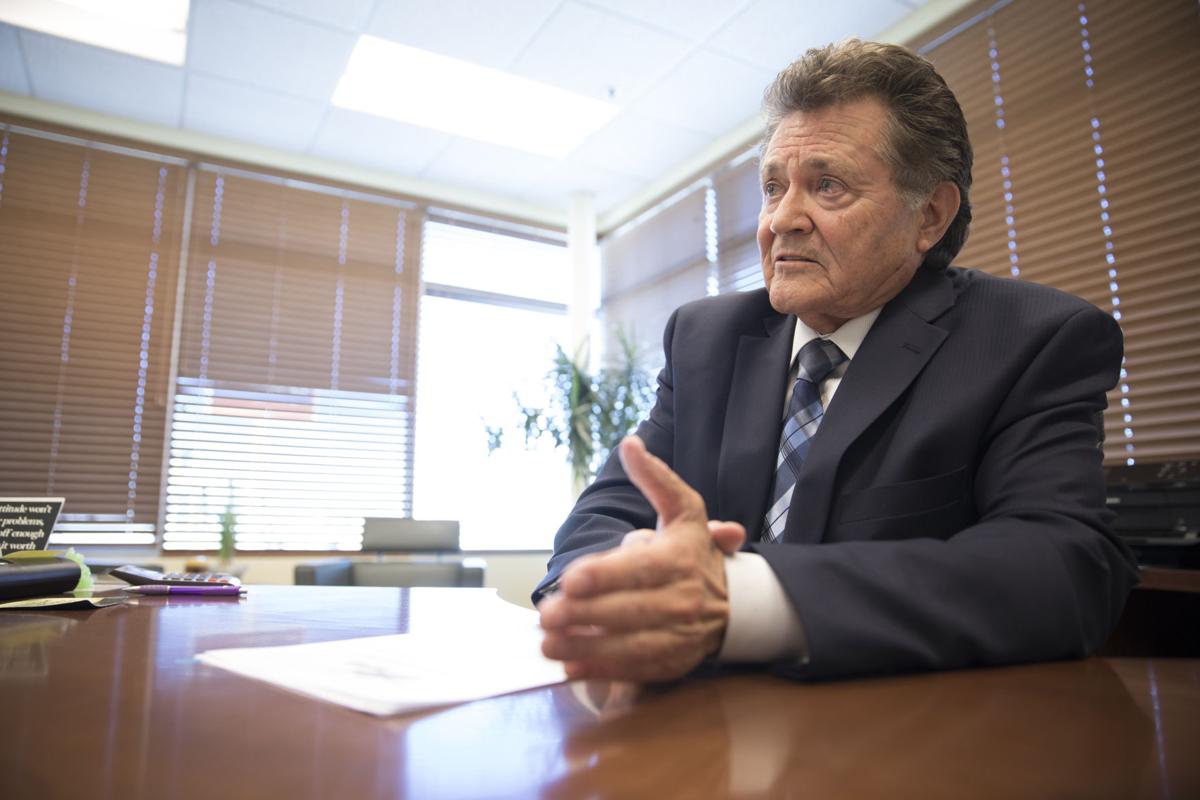 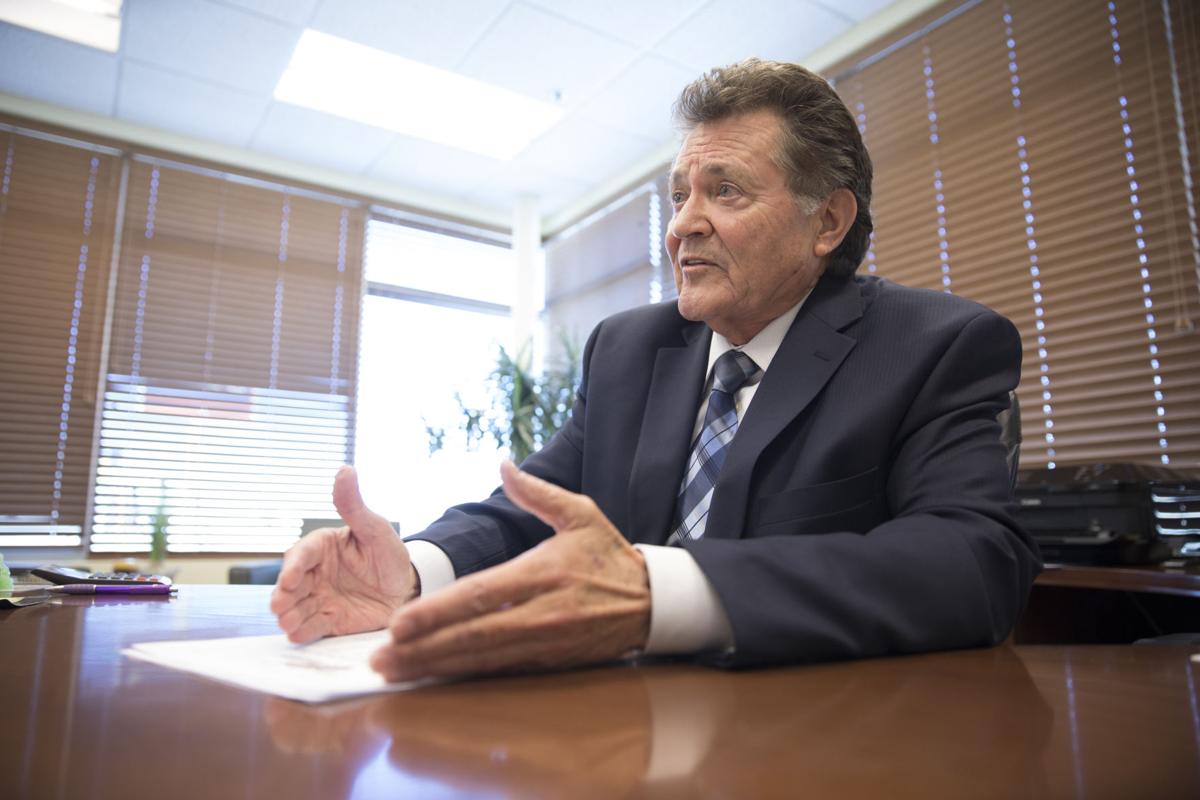 The last time Dan Olivas was president of the Greater El Paso Association of Realtors, the nation was deep into the subprime-mortgage crisis.

While El Paso dodged the worst of the housing market collapse, buying and selling homes in 2008 wasn’t easy as prices fell.

Nine years later, the housing market looks much different as Olivas embarks on his second tour as president of the Greater El Paso Association of Realtors – called GEPAR – one of El Paso’s largest and oldest trade associations.

While falling home prices aren’t a concern anymore, Olivas says there are new things to be concerned about, like the instability in decision-making at City Hall and poor educational attainment levels in El Paso. He hopes the association can take a more active role in those issues and others.

Chartered on Jan. 28, 1916, GEPAR has 2,100 members. Not all real estate agents are Realtors, so the total number of agents in the market is even higher.

Olivas, who isn’t related to El Paso-born astronaut Danny Olivas, operates Dan Olivas and Associates in El Paso with his wife, Patti. He has worked in real estate here for 35 years, and has helped more than 6,000 people move in and out of the region.

Olivas was born in Los Angeles and grew up northern New Mexico. He used to own a commercial landscaping business and got into real estate when he came to nearby Santa Teresa to landscape a property owned by golfer Lee Treviño. He liked the area and was ready for a change, so he sold the company and got his real estate license.

“It has been the best thing,” Olivas says. “I would never move out of El Paso.”

A longtime community advocate, Olivas serves as board chair of the Rio Grande Cancer Foundation, Avance and Project Amistad in El Paso.

He also serves on the board of CREEED, a nonprofit founded by local business leaders to improve education in the region, and he is a founding member of the civic group Community en Acción, a network of Hispanic community leaders working to improve El Paso by promoting education, arts, culture and economic development.

When Olivas sat down with El Paso Inc., he talked about the hot neighborhoods and local foreclosure rates. But he kept coming back to problems in city government, and what we’re missing in education.

Q: What do you hope to accomplish as GEPAR board president over the next year?

We need to play a bigger role in advocacy.

I want to set a foundation for this association going forward to be a major player in the big things going on in El Paso.

Q: What are some examples of how the association can be more involved?

We need to take stands on different issues. The Downtown arena is one. Educational attainment levels is another.

This organization also has a role to play about getting the word out about what is happening in El Paso and how the border really works here.

Q: How are local politics impacting the market?

We have a City Council that seems to be very fractured and seems to be unable to vet a particular project (the Downtown arena) and then stick to it.

It seems like if they receive any pressure at all, they are all over the place.

That does not send a good message to investors in the community and those looking to come to El Paso to invest.

There are a lot of things in motion in El Paso that bode well for the future of El Paso. However, there are things that are in play that could derail that.

Looking back over the 35 years I’ve been in El Paso, it seems like we’ve had a propensity to shoot ourselves in the foot.

It varies depending on what side of town you are in or what price range you are looking at, but overall it is trending upward.

Prices are going up, and there are an increasing number of units sold.

Q: How many foreclosures are there these days?

Q: What area of the city is most popular?

The most movement is on the Eastside. In part that has to do with home pricing in that area, which has hit a sweet spot.

There was a time here in El Paso that you pretty much had to tell a buyer that was coming from out of town that if you buy a home in El Paso and you are going to sell anytime in the next five years, don’t expect an increase.

That is not the case today. The trend is upward.

Q: Has all of the highway construction impacted the housing market on the Westside?

I don’t think it has impacted where people ultimately decide to live, but the frustration level has certainly been expressed.

People mention it, but we haven’t seen any serious moves.

Q: Home building continues at a rapid pace on the fringes of the city. How is that impacting the home market?

The El Paso real estate market is driven by several factors. One that people might not directly associate with real estate is educational attainment.

This organization has not only an opportunity but also a responsibility to get involved with that issue.

Another factor is stability. You’ve got to have stability in government decision-making – in this case at the city government level.

It’s one piece of the puzzle. It takes leadership in government that inspires.

When government is seen as unstable, that impacts how people make decisions about investing in projects or certain areas. Unfortunately, we have that lack of dependability in our local city government right now.

What happens at Fort Bliss, in Mexico and to the border also have a significant impact. The reality of the border is much different from how it is viewed outside of this area.

Q: How is El Paso doing in the area of educational attainment?

When you look at the data over the past few decades, El Paso has fallen behind.

We’re dead last in the state for the number of eighth graders who go on to earn a postsecondary credential within 11 years. Students aren’t college ready.

This isn’t a matter of pointing fingers at our education system; this is about pointing the finger at us and saying we need to solve this at the local level.

We have an abundance of people who will never reach the goal of homeownership because they can’t come up with a down payment or their credit score is low.

Obtaining a mortgage is challenging – much more so than it was a few years ago.

There are a lot of things that need to be worked on here, but I think it starts with education.

Q: How healthy is the GEPAR organization?

We have more than 2,100 members. There have been times when we have been higher than that, but certainly over the last few years it has trended upward.

We did drop to about 1,700, but now the trend is upward. Every month we have 25 to 30 people going into the business.

Q: What are some of the keys to being successful as a new realtor in El Paso?

This is a business of building relationships.