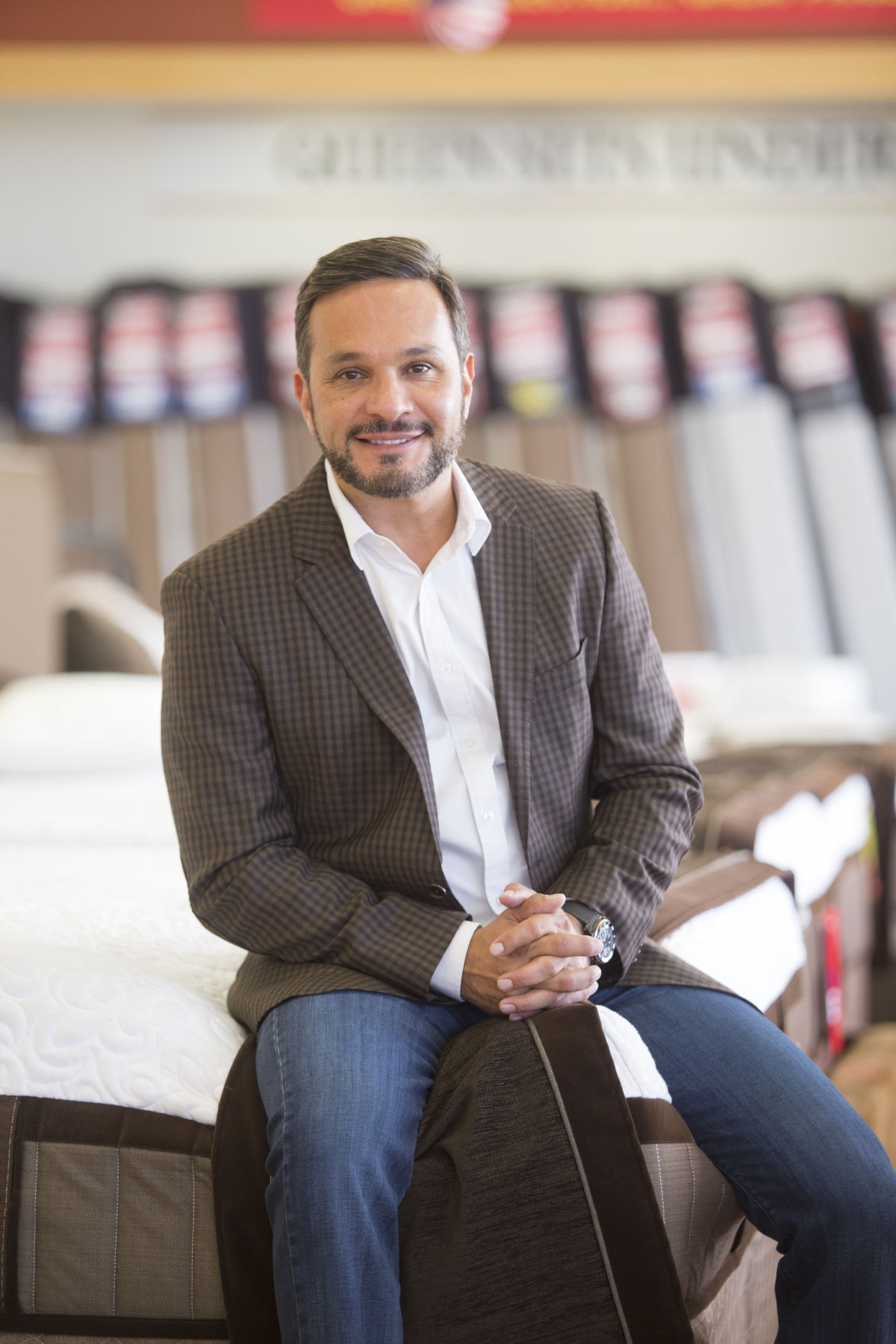 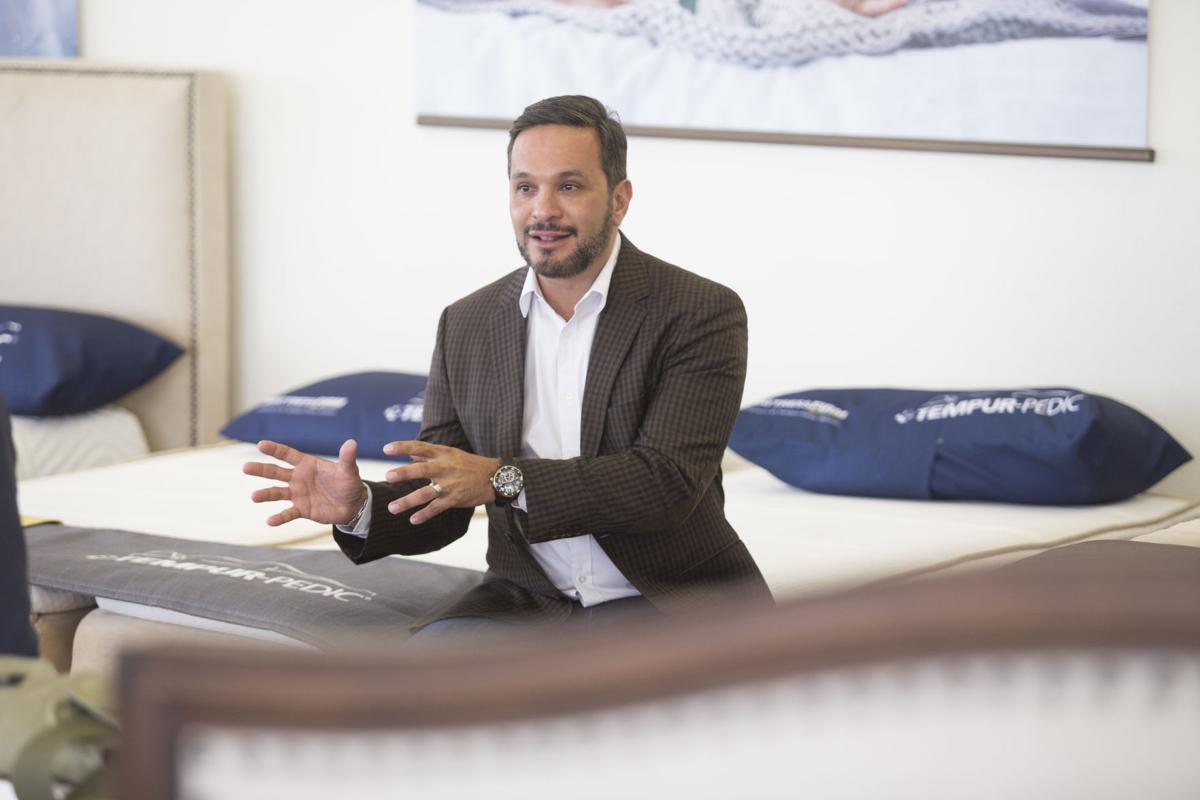 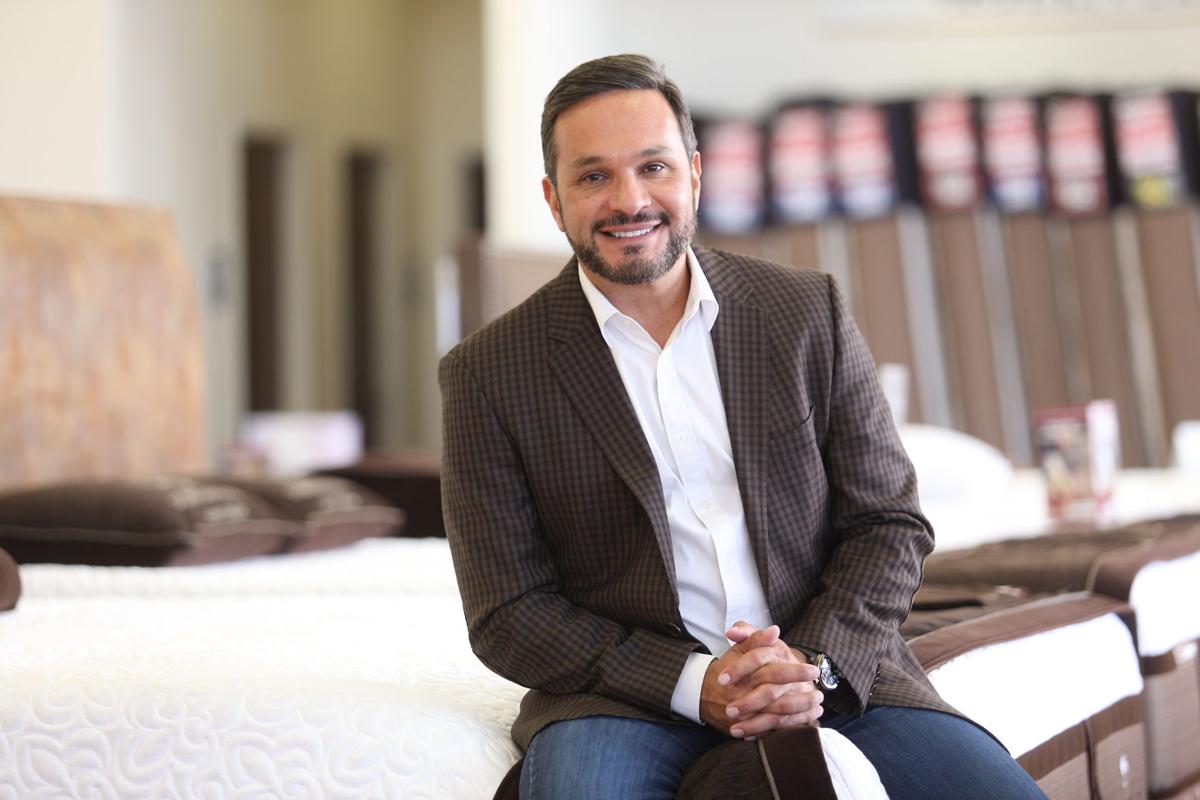 Dan Longoria knows what a good night’s sleep is worth.

He’s lost count of how many mattresses he has sold since opening his first Mattress Firm stores in El Paso 19 years ago, but now he sells thousands each month.

He operates 28 locations in El Paso and New Mexico.

Longoria is moving forward with an expansion that will double the number of Mattress Firm locations in El Paso, from six to 12 by the end of the year. The mattress business in El Paso is far from sagging and competitors have crowded into the market, a good sign for the El Paso economy.

It’s easy to put off buying a new mattress – they aren’t necessary like food or fun to shop for like a new gadget. So when mattress sales are good, economists generally considered it an indicator, albeit a quirky one, that consumers have money to spend and are confident in the future.

“The city is in growth mode,” Longoria said.

Longoria was born in El Campo, Texas, a small town southwest of Houston. After graduating from high school, he moved to Houston where he became a salesman for Mattress Firm. At the time, the chain had fewer than 30 stores. Twenty-five years later, it has more than 2,000 nationwide.

But the job surprised him. Longoria become one of the company’s top salespeople and moved into management. Eventually, Mattress Firm offered him the El Paso and New Mexico region – to open his own stores.

In 1997, Longoria and his wife Joann left Houston for El Paso, where they opened their first two Mattress Firm locations with business partner Alberto Estrada – a Westside store and Eastside store.

At first, their focus was on growing the business, but it has since turned to charitable giving.

The company has been a major sponsor of many charitable events in town, including the Neon Desert Music Festival, YWCA’s Walk a Mile in Her Shoes and Generation 2000. They support El Paso Pro-Musica, the El Paso Symphony Orchestra and Boys and Girls Clubs of El Paso. They also periodically donate mattresses to local shelters.

For more than 10 years, the company has been the presenting sponsor of Komen El Paso Race for the Cure.

Longoria sat down – on a mattress, of course – at his Northwest store to talk with El Paso Inc. about why they’re expanding in El Paso, what the greatest threat to their business is, why he’s not losing sleep over internet competition and how there can be so many mattress stores.

Q: How is business?

Of the six new stores we have planned, three are open and business is fantastic. We think El Paso is exploding right now, at least retail-wise. We are excited to be a part of El Paso’s growth.

The growth has been slower here in El Paso than it has been for the Albuquerque, New Mexico market. We pretty much opened a new store every few years here. But opening six stores overnight, we have not had this kind of growth in El Paso in 19 years.

We’re also considering the Mexico market to do some expansion.

Q: In Juárez or further south?

Q: Any idea how many mattresses you’ve sold since you opened your first store 19 years ago?

People have asked us that for years. We really don’t look at that. We do sell a ton of them, but we measure our success by our profitability and how well our salespeople are doing.

Q: How many do you sell a month?

Q: What has given you the confidence to double the number of stores in El Paso?

In the 19 years we have been here, we have never opened up this many stores in this short amount of time.

The economy in El Paso is awesome.

In 10 years from now, El Paso is going to be a different city. It’s going to look different. It’s going to feel different. You can see it now with the influx of all of this new retail – Alamo Drafthouse Cinema, The Fountains at Farah shopping center, Whole Foods.

Just down the road from here on Artcraft, River Oaks is going to break ground on a 500,000 square foot retail center. The outlet mall, owned by the Horizon Group, is one of the most successful outlets in the country that they have.

Q: How has the mattress business changed over the past two decades?

The quality of the product. When I started 25 years ago in Houston, our most expensive mattress was $1,500. Now it’s what I’m sitting on – the Tempur-Pedic GrandBed, which costs around $13,000 for the king size. It’s just a better-made product.

Our advertising has changed with the influx of social media. And everybody is doing everything on their cell phones. We are getting ready to launch a mobile campaign. We looked at that in Albuquerque and El Paso, and El Pasoans actually use their cell phones more to purchase products.

Q: Why are there so many mattress stores? You aren’t selling electronics or gasoline.

If you go into the Houston, Dallas or San Antonio area, you’ll notice there are a lot of mattress stores, sometimes on every corner of an intersection. That’s because the shopping patterns of customers have changed. Customers want to be catered to. Driving, they are often going to stop at the place closest to them.

There is a big push today for sleep and rest. And there is more emphasis on sleep than there ever has been before. The sleeping pill business is a multimillion-dollar business.

Q: You could say you are in the same business.

(Laughs) Except we put you to sleep naturally.

Q: Any guess as to how many mattress stores there are in El Paso overall?

Q: Where in the city are you seeing the most business?

We see the most growth, population-wise, on the Eastside. We are also seeing a lot of growth in Northwest El Paso. This is one of my biggest stores. When it opened here on Interstate 10, there wasn’t much out here.

Q: There are so many different types of mattresses now and picking one is daunting. Any advice for weary shoppers?

You really need to take an hour or so to come in and lay down on mattresses. There is so much emphasis on pillows now, so grab a pillow and lay on several mattresses. Really, it all boils down to what is comfortable to you.

People ask me all the time what mattress I sleep on. I’ll tell them. But in the end, it really doesn’t matter what I sleep on. I’ve seen people buy a product and hate it while we love it.

Q: Have to admit it is awkward, walking into a store and getting cozy on a bunch of mattresses. Mattress shopping is never high on my list of fun things to do.

We’ve always said when a person comes in the door, they have a need – they haven’t slept well, their back hurts, they’re moving, having a baby, furnishing a guest room. The most important thing is helping people sleep better.

Q: What mattress do you sleep on?

We started with the Tempur-Pedic Allura and jumped over to the GrandBed. When Tempur-Pedic was first introduced they only had three models; now we are looking at 15 different models.

Q: Do people really need to replace their mattress every eight years as the advertisements say? Sounds like a good way to sell more mattresses.

We think the life expectancy of a mattress is 8 to ten years. But I’d also say if your mattress is still doing it for you, and only you know that, that’s fine, too.

Q: What is the greatest threat to your business right now? I’m guessing it is not your mattress that causes you to lose sleep.

Competition. El Paso is now being looked at by many, many organizations and franchises. I’m not afraid of competition. It brings more awareness to the product.

Yeah. There are rumors of others that are looking.

Q: Mattress shopping has been considered internet-proof, but there are some online startups now, such as Casper. How worried are you about them?

Not at all. Mattress shopping is a personal, touchy-feely type business. Mattress Firm is also in the internet business on the corporate side. But it is like buying a pair of shoes. You won’t know how comfortable they are until you have tried them on and walked around in them a little bit.

Q: How did you come to El Paso?

The franchise wanted to expand into the Hispanic market. They didn’t really know how to do it; these guys were from South Dakota. I had marched into their office a few times to ask when I could be a franchisee. They had the perfect market for me.

Q: You sponsor a lot of events in the city. Why is it important to be involved in the community?

We think it is our duty. Somebody sat me down 18 years ago when I started my business in El Paso and said, “Look, if you are going to make it here, you need to be involved in the community.” El Paso has been good to us.