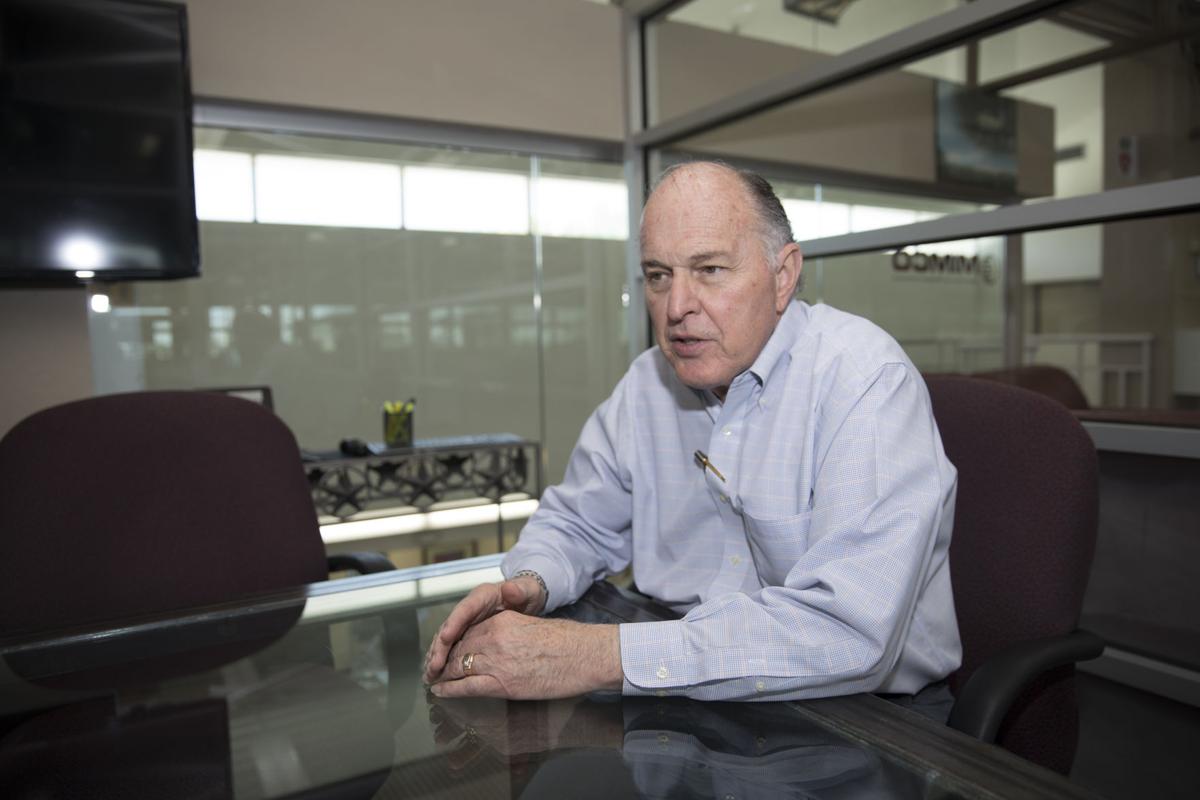 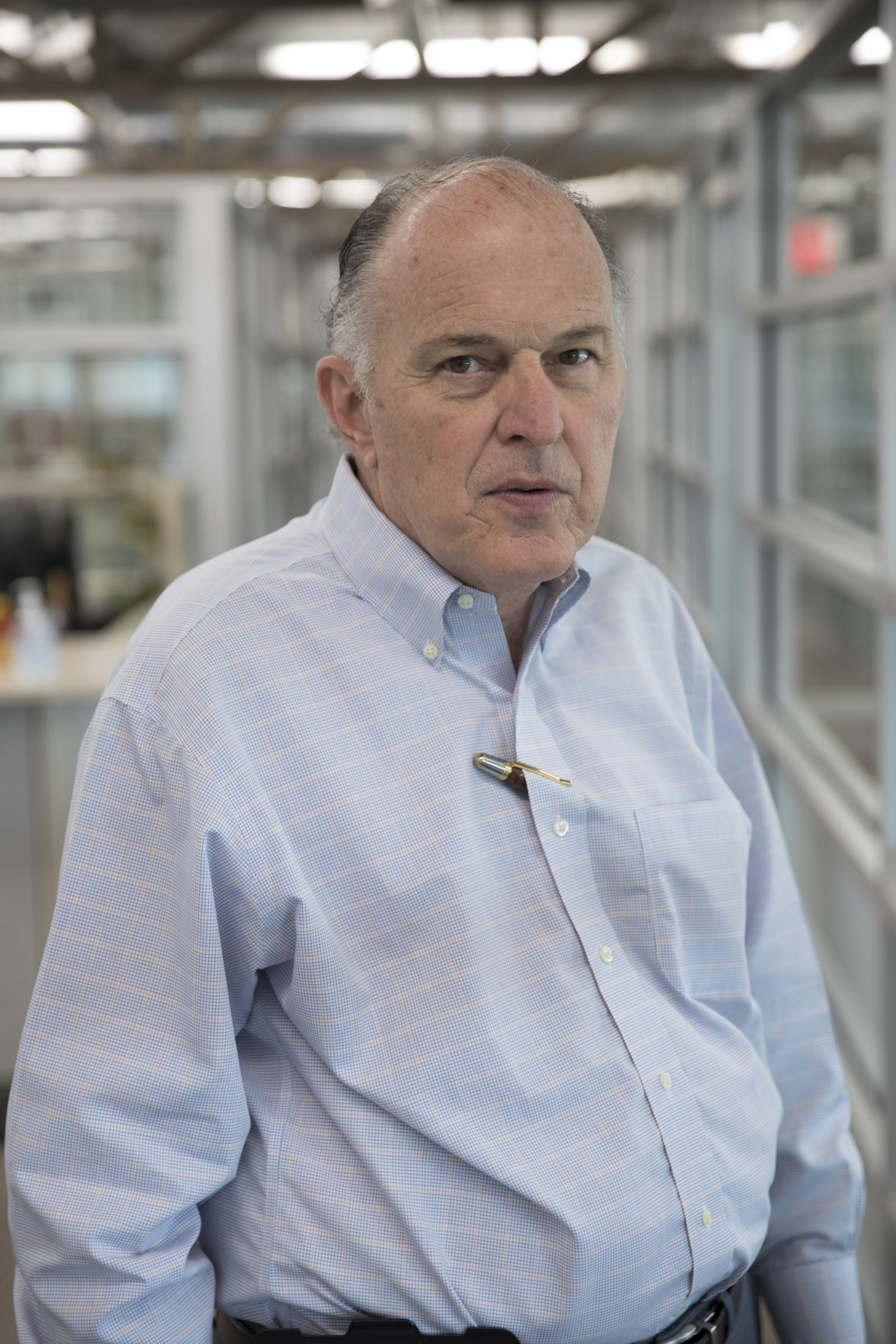 The retail business in El Paso has boomed in recent years, as new restaurants and shops have opened across the city, and so have the two companies that dominate the El Paso retail market, River Oaks Properties and MIMCO.

To better manage its growth, MIMCO recently shook up its executive ranks. Over the past 45 years, the real estate development and management company has steadily outgrown its home. And today, about 40 percent of MIMCO’s business comes from outside of El Paso.

For more than 20 years, Bob Ayoub was president of MIMCO. But in April, he was promoted to the position of chief public relations officer in an executive shuffle that brought Scott Walker into the executive vice president position. Troy Marcus is now president of MIMCO’s Central Texas operation.

Ayoub is a third-generation El Pasoan. His grandfather came to El Paso in 1902 from Lebanon.

“I went to Jesuit high school here and went to UTEP,” Ayoub says. “I grew up in the Lower Valley, around Tigua. We had a restaurant on Dyer, and I worked there while I went to high school.”

MIMCO’s first acquisition outside of El Paso was in San Antonio in 1998. The company now works in 17 markets and has about 1,800 tenants.

In 2011, MIMCO opened an Austin office. Troy Marcus, a nephew of company chairman Meyer Marcus, left his job at a private equity real estate fund in Dallas to head the office and grow MIMCO’s presence in Austin, Dallas-Fort Worth, San Antonio and South Texas.

MIMCO was founded in 1972 by Troy Marcus’s grandfather, Morris Marcus. Born in Aleppo, Syria, Morris came to El Paso in 1922 on his first birthday. The company was originally operated as a family-run grocery business, which grew to include small retail properties. After Morris had a heart attack, he decided to sell the grocery business and focus on his real estate investments.

This year, the retail sector in El Paso County is projected to become a $12-billion-a-year enterprise, growing 4.7 percent this year and 4 percent next year, according to the latest Borderplex Economic Outlook.

National chains such as Cabela’s, Ruth’s Chris Steak House and Dave and Buster’s have elbowed into the market along with new local restaurants and shops.

Ayoub, along with Walker and Marcus, sat down with El Paso Inc. in MIMCO’s Eastside offices and talked about the executive shakeup, the future of retail in El Paso and what makes a successful deal.

Q: Why has MIMCO shaken up its executive ranks?

Bob Ayoub: Part of it is succession planning. We’ve got 45 people in the office now. We’ve grown tremendously since the day that I started when it was basically Meyer (Marcus), me and a secretary or two. We’ve expanded our portfolio. Originally, we were 100 percent El Paso. Now we’re about 60 percent El Paso.

The world of commercial real estate is more complex; the deals are more complex. There’s more regulation everywhere. We used to do a one-page contract to buy a piece of property, and that was it. Now the contract is at least 14 pages, and it usually has addendums.

Basically, I’m still doing what I’ve been doing – acquisitions and dispositions and working with the city. Nothing really changed there. But it was important that the message was out there that we were growing and we have a succession plan in place.

Q: How many properties do you think MIMCO has bought and sold over the years?

Ayoub: A lot. Maybe 500 or 600 – maybe. It’s hard to say. For years, Meyer was death on pushing the total button; he just didn’t want to know. We worry about each deal – the tenants, the rents, the vacancies. We’re not looking at the total.

Q: What has made MIMCO successful?

Ayoub: One deal at a time. Meyer has been the driving force behind it. We’ve been a very motivated group and very focused on what we are doing with our tenants.

Q: What makes a good deal? What do you look for?

Ayoub: We look for location; we look at the neighborhood. We are a neighborhood shopping center developer. We are looking for neighborhoods that have decent incomes and a stable population.

Even when we are in San Antonio, Dallas or Austin, the dynamics are the same. If there is a strong neighborhood behind you, your center is probably going to work. Traffic counts and demographics, we can do that pretty quickly. And driving by we can usually tell. We’ve just done it long enough.

Q: Was there ever a time you thought you all might not make it?

Ayoub: There was 1986 when the savings and loans failed and interest rates went through the roof.

Q: Right before the financial crisis and global recession.

Ayoub: If we hadn’t taken a conservative approach to the financing, we would have been in trouble. Those were scary times.

Q: How is retail development different today from when you started?

Ayoub: When we started, a lot of the shopping centers were driven by either grocery or neighborhood restaurants; most of our tenants were selling something you could carry out in a sack. That’s still strong. What’s changed is a lot of our centers are now occupied by dentists and doctors, insurance services and tax preparers.

Ayoub: Yes. We didn’t even think about a dentist until eight or nine years ago. They just didn’t go into a shopping center; they went into office buildings. Urgent care centers pretty much didn’t exist.

Scott Walker: Over the past five to seven years, the chains have started coming to El Paso – chains that have never been here before, and they are succeeding. They all follow each other. So you have The Fountains at Farah shopping center that was built and you get a restaurant like Kona Grill that does really well and then Ruth’s Chris decides to come in. El Paso is now on the map.

Ayoub: The El Paso population is growing. But you’ve also got us and other local retail developers at the national conventions telling people that El Paso has 800,000 people when the perception was it is a dusty little town.

That has been a huge change. When I first went to the ICSC (International Council of Shopping Centers) national convention in 1985, nobody knew where El Paso was. Now they know the market. That is the result of a lot of effort by a lot of people.

Q: El Paso is a unique market. Is there a learning curve for new retailers?

Walker: They have to learn about the Mexican shopper – how much of that business is coming to El Paso from Juárez. It’s hard to quantify that shopper, but it’s real.

Q: Online retailers like Amazon have disrupted the traditional retail industry. How has that changed the way MIMCO does business?

Ayoub: Retail’s not struggling; it’s just changing. It’s breaking up the market. It’s a moving target. Some of the online retailers are now opening storefronts. We’re very comfortable because we are in neighborhoods; we are going to have the center that is closest to the shopper’s house. That’s a huge asset.

Q: Are the days of the physical store numbered?

Troy Marcus: Bonobos was built online, and now they have stores. Amazon has signed leases with a bookstore concept and furniture concept in Texas. What you are seeing now is more “webrooming.”

Q: “Webrooming”? Is that the opposite of “showrooming”?

Marcus: Yes. Where you go online to browse products and then go into the physical store to buy them.

Q: Macy’s has closed at Sunland Park Mall and the mall has struggled. Any thoughts.

We’ll see what happens. Dillards is strong, but I think you may see Sears go away. It will be critical to see what they do to fill the Macy’s store.

Q: In El Paso, where are you seeing the most growth? Where are the hot spots?

Ayoub: The Far East and Northwest El Paso. Northeast is getting ready to. That’s where the growing populations are and the younger populations.

Q: What do the next five years look like for MIMCO?

Ayoub: We are expanding our retail portfolio. We are getting rid of things that are not retail focused – we own a lot of stuff that’s office and warehouse focused – and then intend to grow as much as we can. We’ve got the team to do it, so we are looking for opportunities. The market right now is very tight, and it is very difficult to buy anywhere.

Walker: El Paso has a strange dynamic, probably more so than any other cities of this size, in that there are very few property owners and they don’t sell. So you have long-term holders and very few transactions.

Q: Is that one reason why you all began seeking growth outside of El Paso?

Q: What are rents doing?

Ayoub: Rents have been going up, but that’s because the cost of construction has basically doubled over the last six or eight years, maybe 10 years. So rents had to go up. The other thing that has pushed rents up is demand. We have continued to build because our centers continue to fill up.

Q: What is the vacancy rate in El Paso?

Ayoub: It’s low. I’d say five to seven percent across the board.

Walker: There’s a lot – a lot – of retail product that’s going to hit the market here in El Paso pretty soon. It’s yet to be determined what that is going to do to the rest of the market. We just haven’t seen that before, and we’ll just have to see what happens.

Marcus: Rents have certainly not risen as high or as quickly as construction costs and property taxes. This business is tough right now because of property taxes.

Q: How was MIMCO founded?

Ayoub: It was started by Meyer Marcus’s dad. Basically, he was a grocer – one of the original Big 8 grocers. Those were eight independent grocers that banded together to buy and advertise together. He bought real estate, mostly apartments at that time. They were his retirement plan. When he had his first heart attack, he sold the grocery business and ended up living on the apartments.

Meyer and his brother had their own business, which was La La Imports. But like their father, they started investing in real estate.

Q: What was your first big retail deal?

Ayoub: The deal that was big for us was in 1993. We bought three properties from Property Trust of America. They were getting out of the retail business, and we bought Barley Square at Viscount and I-10, Plaza De Flores at the corner of North Loop and Zaragoza and then another building at 4300 Montana. That was a substantial transaction – almost 200,000 square feet of retail.