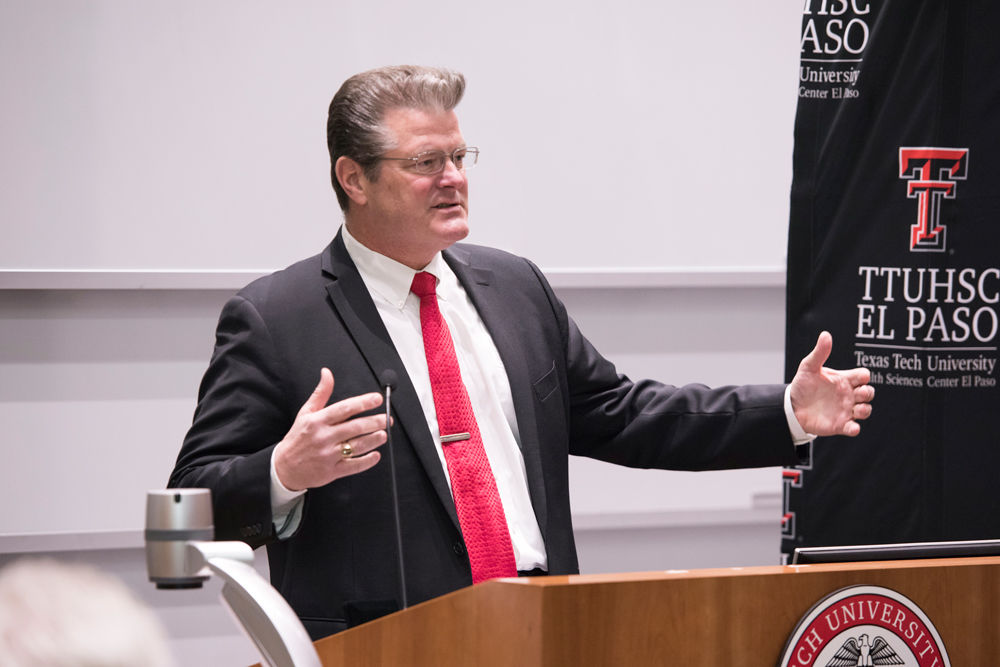 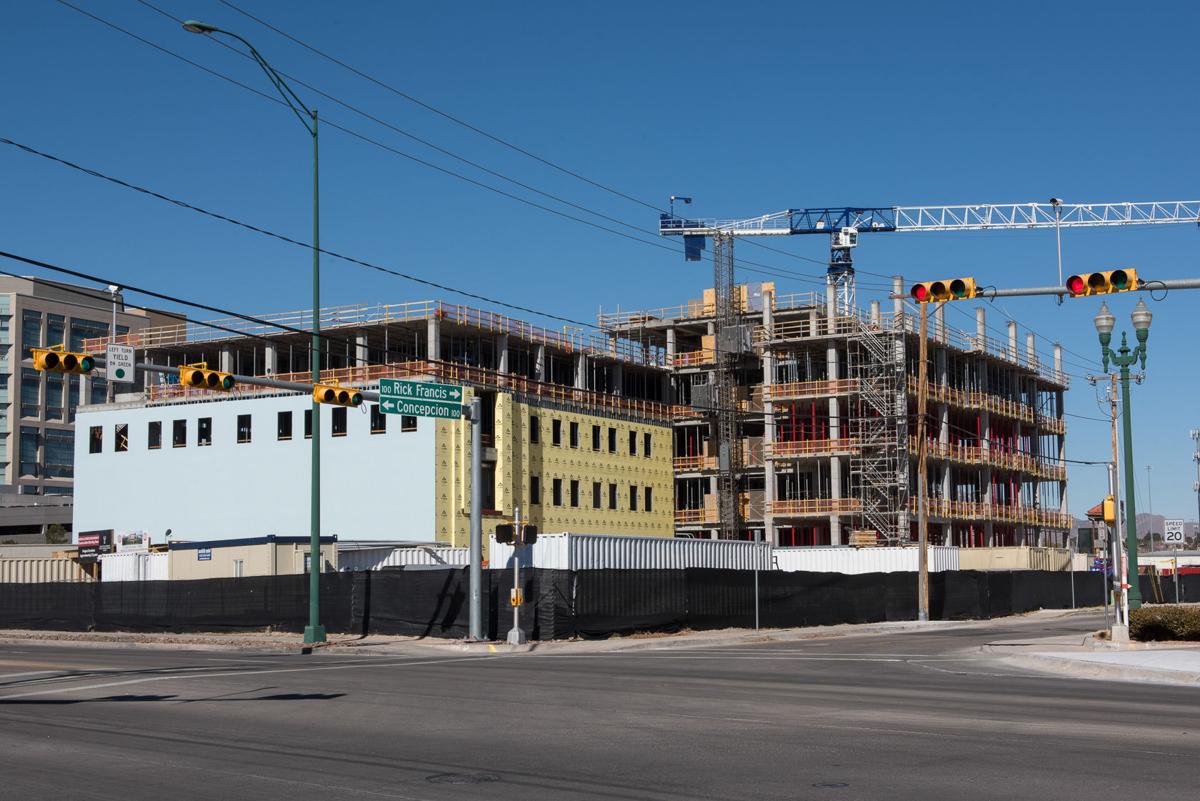 Three months into the job, the new leader of the Texas Tech University System faces his first major challenge: securing funding for a new veterinary school in Amarillo and a dental school in El Paso.

Removed from the centers of power in Austin, the Texas Tech System – and especially its university here on the far western edge of the state – sometimes has to work extra hard to get attention.

And with the legislative session underway, something that happens every two years in Texas, Dr. Tedd Mitchell will have a lot of work to do this year.

Since becoming a freestanding university less than six years ago, Texas Tech El Paso has become one of the city’s largest economic drivers, the culmination of a longtime effort by community leaders to alleviate El Paso’s doctor shortage and bring more high-wage jobs to the city.

The university now has a medical school, nursing school and the Graduate School of Biomedical Sciences. The $83-million Medical Sciences Building II is under construction and dental school under development. The school is supported by a $25-million gift from the Hunt Family Foundation and a grant from the Paso del Note Foundation.

Mitchell served as interim chancellor after the former head of the Texas Tech System, Robert Duncan, stepped down abruptly in August. He was named chancellor in October and also serves as president of Texas Tech University Health Sciences Center in Lubbock, a post he has held since 2010.

The Texas Tech System is a $2-billion enterprise with about 20,000 employees, more than 54,000 students and an endowment of more than $1.2 billion.

Q: Texas Tech is seeking funding for two big projects – the vet school and dental school. How are you approaching this legislative session?

Dr. Tedd Mitchell: It is an all-hands-on-deck approach.

Typically during legislative sessions the different state agencies and the colleges and universities all come to Austin with their base-bill funding requests and lists of exceptional items. Those lists can get pretty long. And then we all take turns sitting in front of the Senate Finance and House Appropriations committees to justify everything.

Everybody addresses each item as if it is the most important thing on the planet. After a while, the folks you’re speaking to, their eyes glaze over. Because if everything on your list is an absolute priority, then nothing is.

The tactic we are using is each of the four universities in the Texas Tech System has kept their request to one exceptional item. This approach is very, very different – very different – from anything we’ve ever done for a session.

We can’t stand out here in some sort of weird circular firing squad. We do not have the representative strength to do that. Every time we will lose if we don’t work together.

At the end of the day, this is going to be one of the most important sessions the Tech System has ever had.

Mitchell: The last time we had large schools like the vet school and dental school coming online was 1969 when the first medical school got started.

If you look at what has happened out here in El Paso, it is nothing short of miraculous the way this has all continued to grow in spite of periods of bad state budgets and everything else. A large part of that is because of the community, which always jumps in to help.

In El Paso, private citizens step up to help make it happen. It makes all the difference. There really is this West Texas can-do mentality about things out here that has been the secret weapon to keep things moving forward.

Q: What are the prospects for getting the funding?

Dr. Richard Lange: Our combined needs in El Paso are $20 million for the dental school and $30 million for the Paul L. Foster School of Medicine. That’s exactly what the House bill provides. The Senate bill provides $50 million in funding with the comment that it can be used for the dental school and medical school. So the base-bill funding in both the Senate and the House look favorable.

Q: What about funding for a dental school building?

Q: Work stopped on the $83-million Medical Sciences Building II when problems were found with its construction. What’s the latest on that project?

Lange: There is construction going on right now. There should be between 60 and 100 people out there. They are remediating the issues, and that will delay the project probably about nine months. It should be completed in December.

Q: It’s never been clear what exactly the dustup on the Texas Tech Board of Regents was all about and why Robert Duncan abruptly retired and El Paso businessman Rick Francis stepped down as chair.

Mitchell: Here’s the thing. Dr. Lange and I weren’t in any of their meetings. Anything I tell you would be speculation, and I’m just not going to do it. I know there were multiple conversations going on with multiple regents and (former Chancellor) Bob Duncan.

We need everybody helping. There is a tendency for everybody on the eastern part of the state to be dismissive of everything west of I-35. And I don’t mean that ugly. I grew up in Longview in Northeast Texas. Then, West Texas was never on my radar.

The first session I was involved in was in 2011. Here’s what you would get. They’d say Texas Tech’s catchment area is the state’s 108 westernmost counties. That’s 49 percent of the state’s geography but only 12 or 14 percent of the population.

So, they would say, how can the state afford to spend all this money for that, when you’ve got 85 percent of the population on the other side of the state.

On the surface that sounds reasonable. However, those westernmost counties provide the vast majority of the production of the state.

Q: Seems unlikely, but I once heard somebody speculate about a Texas Tech El Paso football team in the distant future.

Lange: (Laughs) Tedd and I joke about a lot of things, but one of the things we are very proud of is we don’t have sports teams. I don’t have to hire coaches and worry about athletes and boosters.