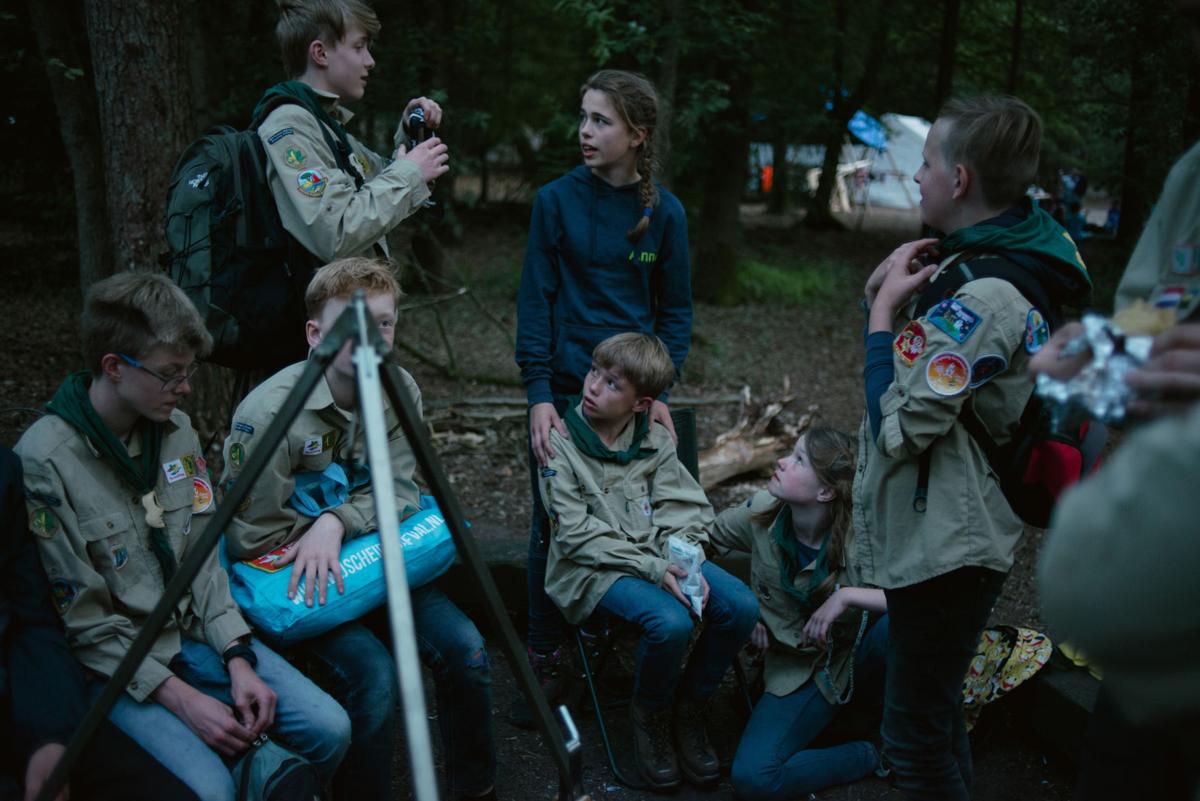 A group of scouts before the start of the dropping. 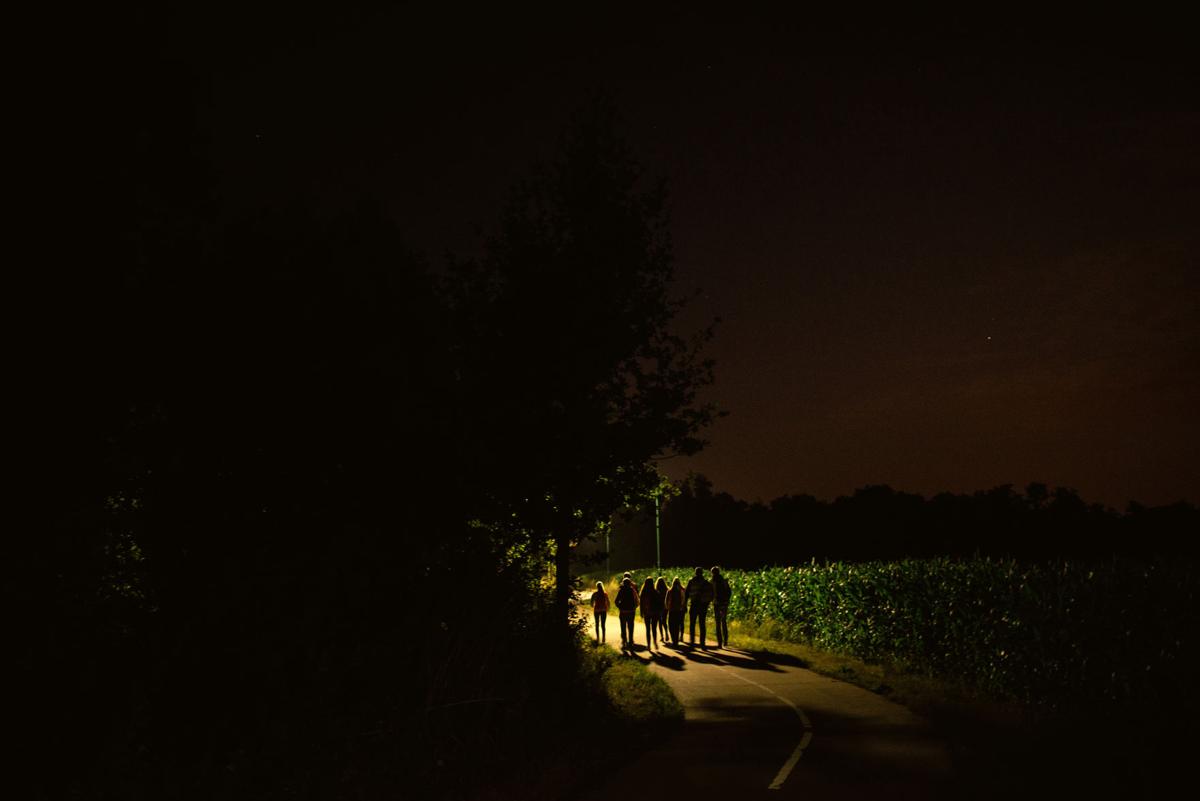 Droppings are such a normal part of Dutch childhood that many in the Netherlands are surprised to be asked about it. 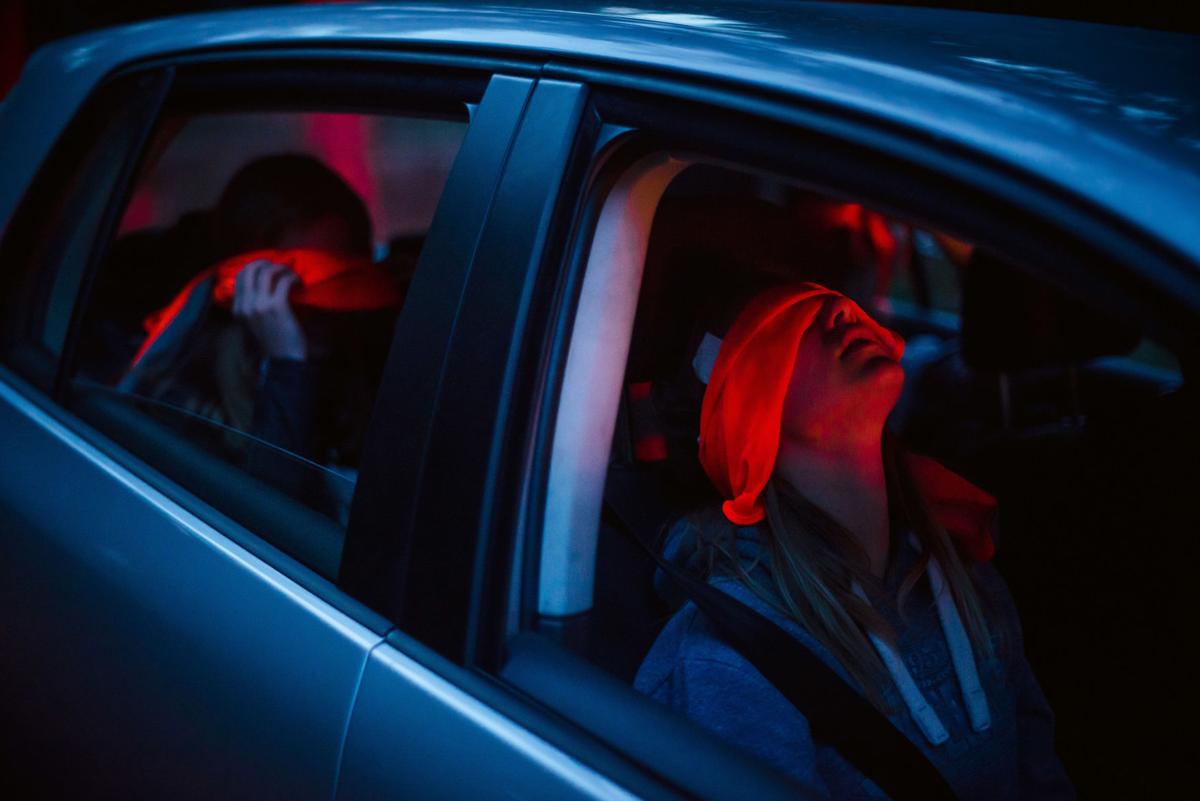 To make it more difficult, adult organizers may blindfold the children on their way to the dropping.

A group of scouts before the start of the dropping.

Droppings are such a normal part of Dutch childhood that many in the Netherlands are surprised to be asked about it.

To make it more difficult, adult organizers may blindfold the children on their way to the dropping.

Far from the land of helicopter parenting, getting ‘dropped’ in the forest is a beloved scouting tradition.

AUSTERLITZ, Netherlands — Shortly after 10 p.m. on a recent night, a car came to a stop at the edge of the woods. A door opened to release three children: towheaded boys of 12 and 15, and a 12-year-old girl with dark pigtails and an emoji-covered backpack. Then the driver threw the car into gear and sped away, gravel crunching under its tires.

They were tiny figures at the foot of the forest, miles from the summer camp they were attending, with only a primitive GPS to indicate the right direction. Darkness was falling. And they were alone.

They peered into the night: Was this the path?

And then, because there was nothing else to do, they plunged into the woods.

This is the Dutch scouting tradition known as a “dropping,” in which groups of children, generally preteenagers, are deposited in a forest and expected to find their way back to base. It is meant to be challenging, and they often stagger in at 2 or 3 in the morning.

In some variations of the challenge, loosely based on military exercises, adults trail the teams of children, but refuse to guide them, although they may leave cryptic notes as clues. To make it more difficult, adult organizers may even blindfold the children on their way to the dropping, or drive in loop-de-loops to scramble their sense of direction.

Sometimes, they hide in the underbrush and make noises like a wild boar.

If this sounds a little crazy to you, it is because you are not Dutch.

The Dutch — it is fair to say — do childhood differently. Children are taught not to depend too much on adults; adults are taught to allow children to solve their own problems. Droppings distill these principles into extreme form, banking on the idea that even for children who are tired, hungry and disoriented, there is a compensatory thrill to being in charge.

Certainly, many adults in the Netherlands look back on their droppings fondly. Rik Oudega, a 22-year-old scout leader, recalled being pulled over by police as he drove the wrong way on a one-way road on his way to a dropping. His heart sank, he said, “because what I did was against the law.”

The officers pulled up beside him and asked him to roll down his window. They peered into the back seat of his car, where there were four children in blindfolds, which, Oudega said, “is not really allowed either.”

Oudega tried to look wholesome. “I’m here on a dropping,” he told them, hoping for the best.

“They looked at each other, then they smiled at me and said: ‘Have a good evening. And try to follow the rules.’”

The children on the dropping in Austerlitz, not far from Utrecht, walked into the woods, and the smell of pine needles rose from the sandy earth. The forest floor was patched with ink-black moss. A half-moon had appeared in the sky.

For a few minutes, there was the sound of cars on a road, but then that, too, quieted. The woods closed in, becoming dense.

That night was the first dropping for Stijn Jongewaard, an 11-year-old boy with jutting ears, who claimed to have learned English from Minecraft video games and “Hawaii Five-O.” At home, he spends much of his leisure time planted in front of his PlayStation. This is one reason his parents have sent him to camp. He has never been lost in the woods before.

His mother, Tamara, said the time had come for him to take on greater responsibility, and the dropping was a step in that direction.

“Stijn is 11,” she said. “The time window in which we can teach him is closing. He is going into adolescence, and then he will make decisions for himself.”

After they had been walking for half an hour, the group turned off the path and into the forest, then paused, stood in conference for a few minutes, and reversed themselves. Ten yards off the path, a huge body leapt, thrusting, behind the leaves, and the children startled. A deer.

If you peruse the Dutch newspapers with sufficient attention, you will find evidence of droppings gone awry. In 2012, German news media reported that five Dutch boys on a dropping in Germany called local police to extract them from the narrow space where they had become stuck, between a rock face and a ventilation duct.

A “perilous adventure,” the Germans reported.

But Dutch journalists seemed unimpressed at all the fuss, mocking it as a “droppingsdrama” and “a bit romanticized.” “The dropping is often the most exciting part of a camping trip,” one follow-up article said.

Droppings are such a normal part of Dutch childhood that many there are surprised to be asked about it, assuming it is common to every country. But Pia de Jong, a novelist who has raised her children in New Jersey, said it reflected something particular about the Dutch philosophy of parenting.

“You just drop your kids into the world,” she said. “Of course, you make sure they don’t die, but other than that, they have to find their own way.”

Still, de Jong, 58, has begun to question whether droppings are really all that fun. “Imagine that you are lost and have no idea where to go,” she said. “It could be 10 hours, it could be the whole night, you just don’t know. It is late and long and people are a little frightened.”

She paused, in thought. “I don’t think it’s a nice thing to do to kids, actually,” she said.

In 2011 and 2014, children on droppings were fatally struck by cars while walking alongside roads. Since then, the practice has become far more regulated.

The dropping team does carry a cellphone in case of emergency, and the scouting association requires participants to wear high-visibility vests and distributes a long list of guidelines, mainly geared toward traffic safety. “Pushing boundaries is fun,” reads one recommendation, “but that, too, has boundaries.”

It was nearly 2 a.m. when Stijn and the other campers stumbled into camp. There was a crackling fire, and boiled sausages tucked into soft rolls. Owls were on the hunt, and their shrieks could be heard in the tree canopy high above.

The campers wolfed down the food, stared into the fire for a few minutes, and stumbled to their tents. When Stijn emerged the next morning, bleary-eyed, at 11 a.m., he considered himself a veteran.

He no longer missed his PlayStation. And he said that someday, when he had children, he wanted them to experience a dropping.

“It shows you, even in very hard times, to keep walking, to keep going,” he said. “I have never had to do that before.”