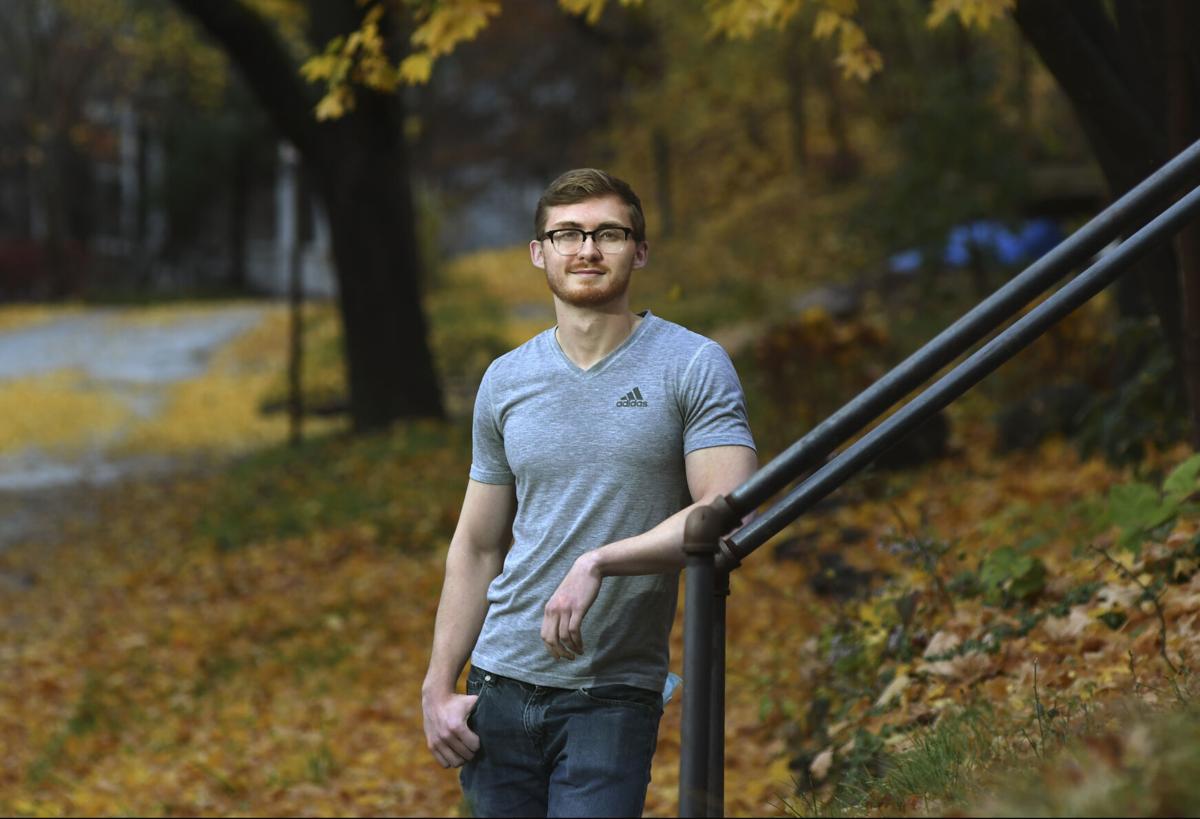 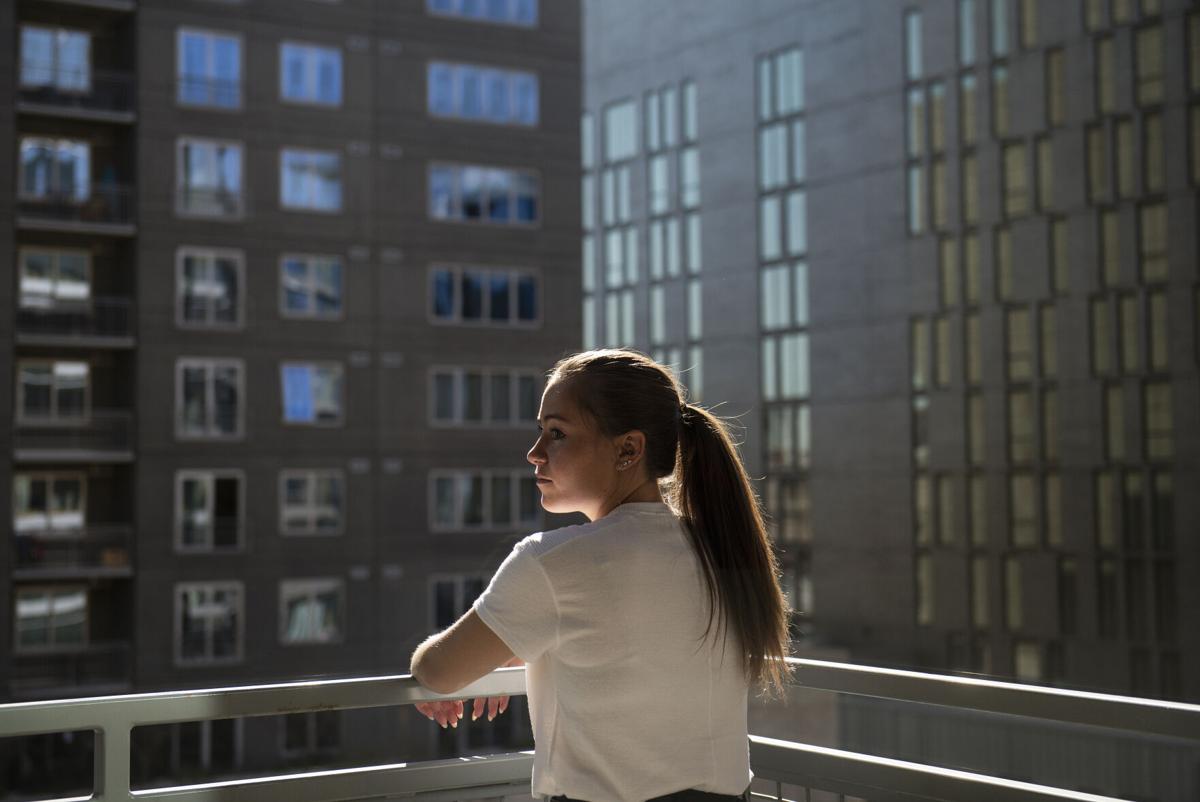 ‘I don’t like the idea of being financially beholden,’ said Kelly Edwards, 27.

‘I don’t like the idea of being financially beholden,’ said Kelly Edwards, 27.

When Dray Farley was 15, he watched a video his favorite gamer had posted on YouTube. But it wasn’t about Call of Duty.

“It was how to get rich in 22 years, and the general math and concept of compound interest, the snowball effect, and how eventually your gains are making gains,” Farley said. “And that’s what first got me thinking about retirement accounts.”

Farley, now 21 and completing his final semester at Cornell, knows his middle and high school gaming habit was an unlikely path to an interest in saving and investing. But after his own college experience and internship were disrupted by the coronavirus pandemic last spring, he said he valued saving even more.

“It’s really reinforced my motivation for it, and also the need to stay disciplined and persevere through any panics,” he said.

Ample savings can be the safest hedge against uncertainty. At a time when the nation’s economy is faltering and virus cases are surging, padding a rainy-day fund may boost confidence and ease anxiety.

For some 20-somethings who are developing saving habits early and starting to think about planning for retirement, the act of saving anything at all can create an immediate sense of security.

“If there’s a silver lining to some of the instability and uncertainty in the world — it might cause some folks to save more,” said Hal Hershfield, an associate professor of marketing and behavioral decision-making at the UCLA Anderson School of Management. “These are unquestionably bad things that are happening in the world, but to the extent that the recognition that income and job stability are not a guarantee, there may be awareness that things can change overnight.”

That was the case for many Americans last spring, when the coronavirus pandemic hit with little warning, sickening millions and causing jobs and incomes to vanish. With people compelled to stay home and spending less, the average saving rate jumped to 33.7% in April after hovering in the 7% to 8% range for the prior three years, according to the U.S. Bureau of Economic Analysis. It has since tapered to a more moderate, but still high, 13.6% in October.

Bill Gale, a senior fellow at the Brookings Institution, has been researching millennials’ response to the economic headwinds their generation faces, which for many started with the 2008 financial crisis. Those pressures on their personal finances may be somewhat offset by the fact that overall, he said, members of their generation are more highly educated than prior ones, and may be better equipped and inclined to work longer in less physically taxing jobs.

Yet even before the pandemic, the assets of young people were still scarred by the last recession. An examination of median net worth among households of 20 to 35-year-olds between 1989 and 2016 shows the shock the last recession had on resources, and the lingering effect it had almost a decade later.

One question now is whether, for those with stable jobs, the impulse to save will remain, and whether a sense of vulnerability means longer-lasting altered habits. Generation Z, those born after 1996, may encounter some of the same trends, Gale said, pointing out that there is a difference between how people deal with prospective uncertainty and current uncertainty.

“It’s natural to build up a stock of savings as a buffer and to either postpone major purchases or say, ‘We’re just going to do without,’” Gale said.

Some younger Americans have learned a few key lessons that are helping them save for retirement — as far away as that might feel.

Save big by not spending:Saving as much as possible has been a consistent goal for Mike Cassar, a 28-year-old insurance defense lawyer who became focused on retirement planning as soon as he landed his first job in 2017 in Michigan. Since then, he has managed to salt away a whopping amount: more than 70% of his income.

The key, he said, was keeping expenses low. He avoided taking on student loan debt by choosing a law school that offered him a scholarship covering 75% of his tuition and lived with his parents. After law school, he stayed on a tight budget, renting a small apartment in a building near the Michigan State campus, outside Lansing, filled mostly with college students. He drove a Ford Focus. And he socked away cash, watching his savings grow to more than $200,000 in retirement, investment and savings accounts.

More recently, Cassar has reached some personal milestones — some of them funded by those savings: He got married last September and bought a house in the Detroit suburb of Farmington Hills. He and his wife, Emily, 28, a nurse, save roughly half their income for retirement. And they feel secure.

But that sense of security was challenged. Last spring, as the coronavirus pandemic took hold, rocking job and capital markets, Cassar sold some investments, thinking he and his wife needed to increase their cash emergency fund.

“A few weeks later, I put all the money back in,” Cassar said. “I shouldn’t have done that — I was actually nervous and thought having a little more cash on hand would make me more comfortable with the situation, but at the end of the day, I didn’t need to do that.”

It was a lesson, and reinforced his faith in their ability to plan and save. “This is what the emergency fund is for,” Cassar said — theirs should cover six to nine months worth of expenses. “If we had lost our jobs, we would be safe.”

He sees the current economic uncertainty as a stress test — and it makes him feel fortunate to have savings to count on, especially when so many people have lost their jobs and are struggling.

“It was a test to see what could happen,” Cassar said. “We’ve gone through it, so hopefully it will help us going forward — we’ll keep it in mind forever.”

Clear away debt: Eliminating debt was the first step to building a sense of security for Kelly Edwards, 27, a manager in Ernst & Young’s technology consulting practice.

Edwards vividly remembers Super Bowl Sunday in 2018: She was holed up in a hotel room in Northern Michigan, in town to work for a client. A snowstorm swirled outside. Away from her friends at home in Denver, the solitude — and being stuck in a storm — caused her to reflect on her financial life. Between student loans and a car loan, she was carrying over $32,000 in debt. And her savings were insufficient.

“I felt powerless and thought, ‘What is it that I can do differently to change the situation?’” she asked herself.

So she made a plan: Pay off her loans — ahead of schedule — and automate her contributions to retirement savings. She drafted a personal balance sheet, recording her assets and liabilities.

“I don’t like the idea of being financially beholden,” Edwards said. “It gives me a feeling of discomfort, and having debt was as much of a mental block as anything.” She is now debt free.

Get an early start: Creating a savings habit early was the cornerstone of Farley’s financial plan. He has kept the instruction about compound interest from the video in mind, setting goals to save what he could from his summer jobs and, more recently, internships. He started slowly, opening his first brokerage account when he was 19, managing to save only enough to buy two shares of an S&P 500 index fund.

“Most of the time, I barely have any money to invest,” Farley said. But he earmarked his resident adviser stipend from one year of school and income from his internships the last two summers for just that purpose. “I have been fixated on putting in as much as I can, as soon as I can, into securities.”

He plans to continue saving after he graduates next month, and will start a job in February as a software engineer for a financial software company. If anything, living through the strained period of the pandemic has galvanized Farley’s plan to keep saving to protect himself — and the family he anticipates having one day.

“If something like the pandemic were to happen again, if I were to lose my job, it wouldn’t be a huge burden on me or my family,” Farley said. “Like who knows when it could happen, if I’m like 35, and have a house?”