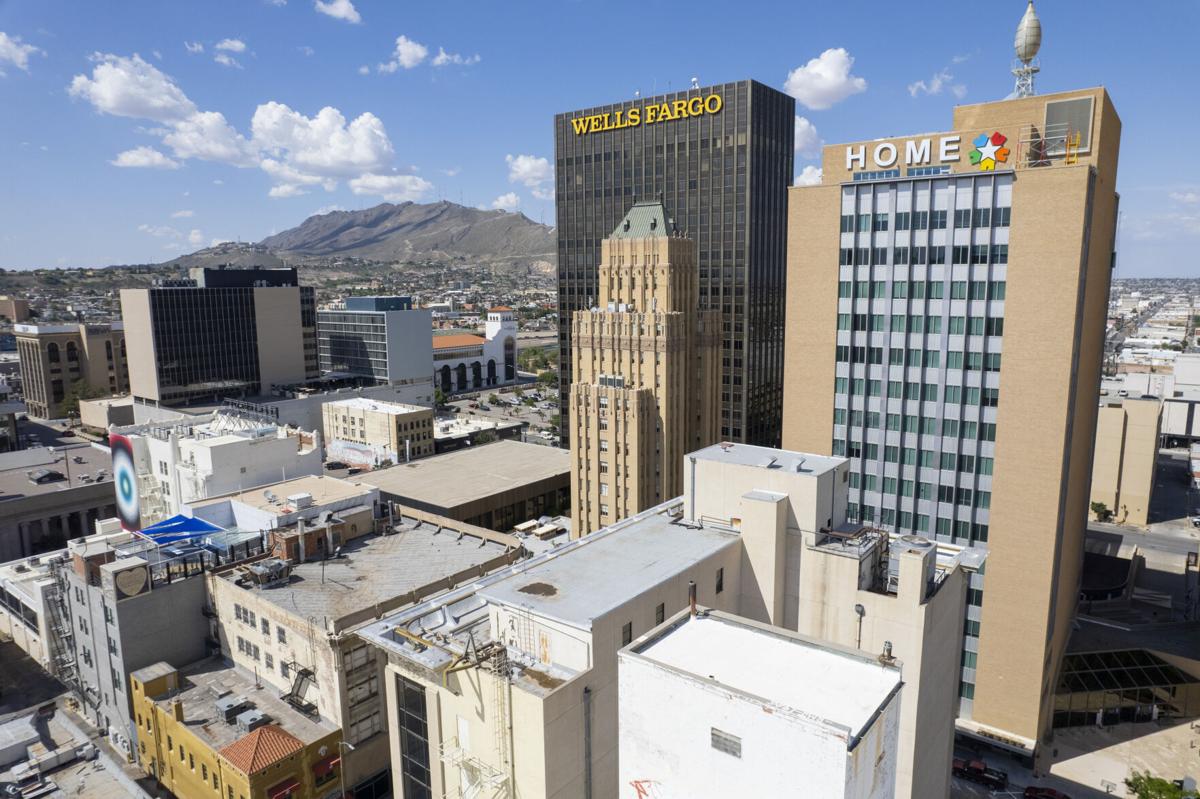 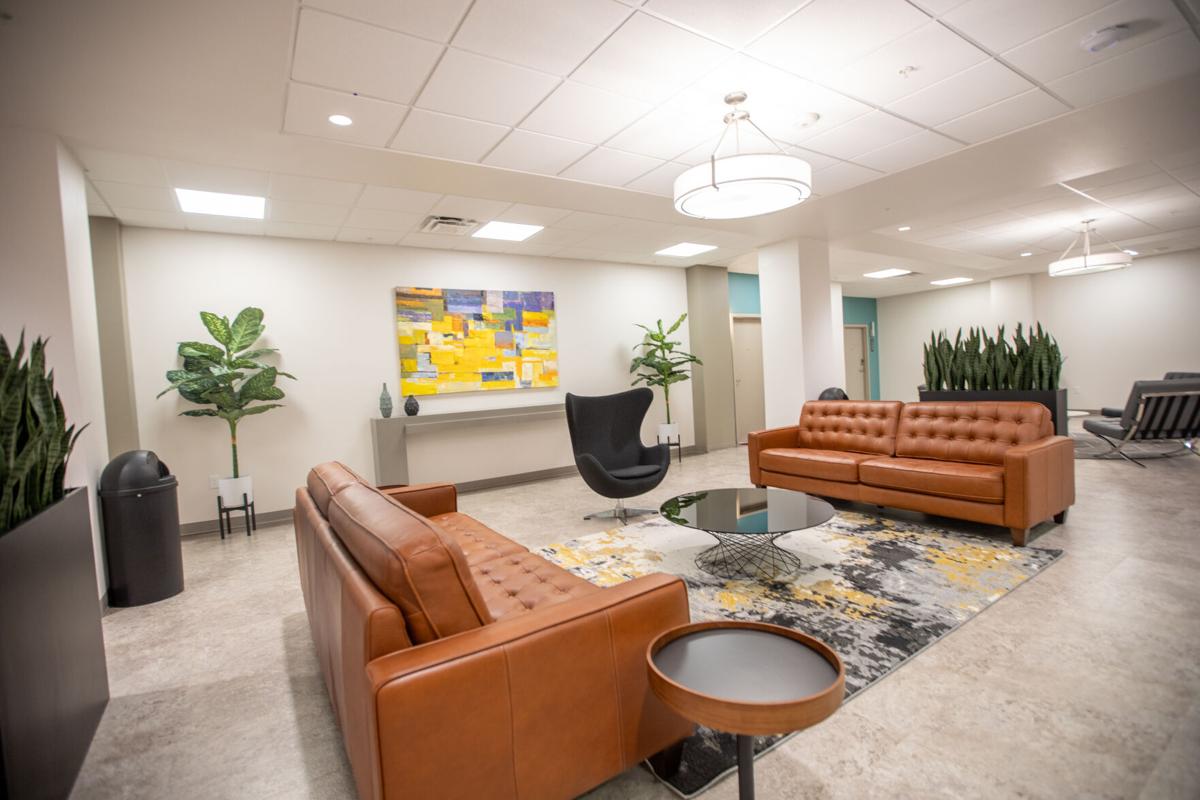 A lounge area for residents inside the Blue Flame building in Downtown El Paso. 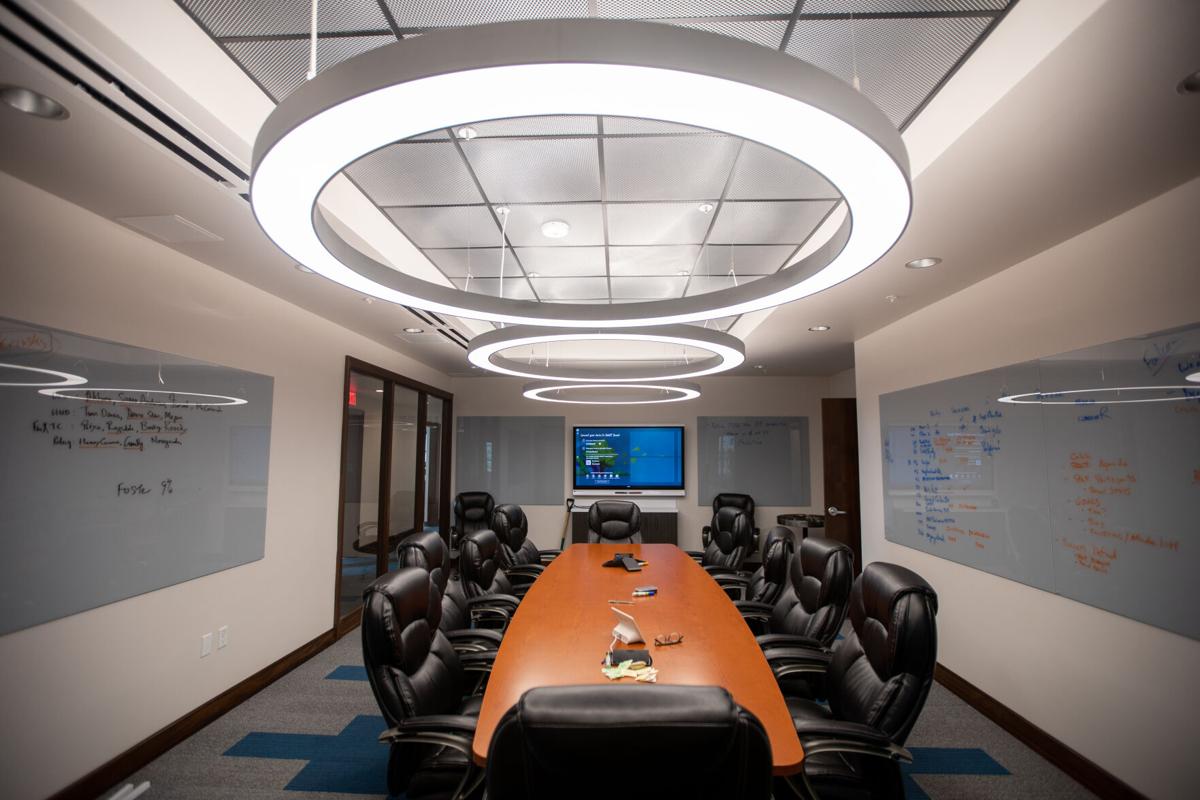 A conference room inside the Blue Flame building 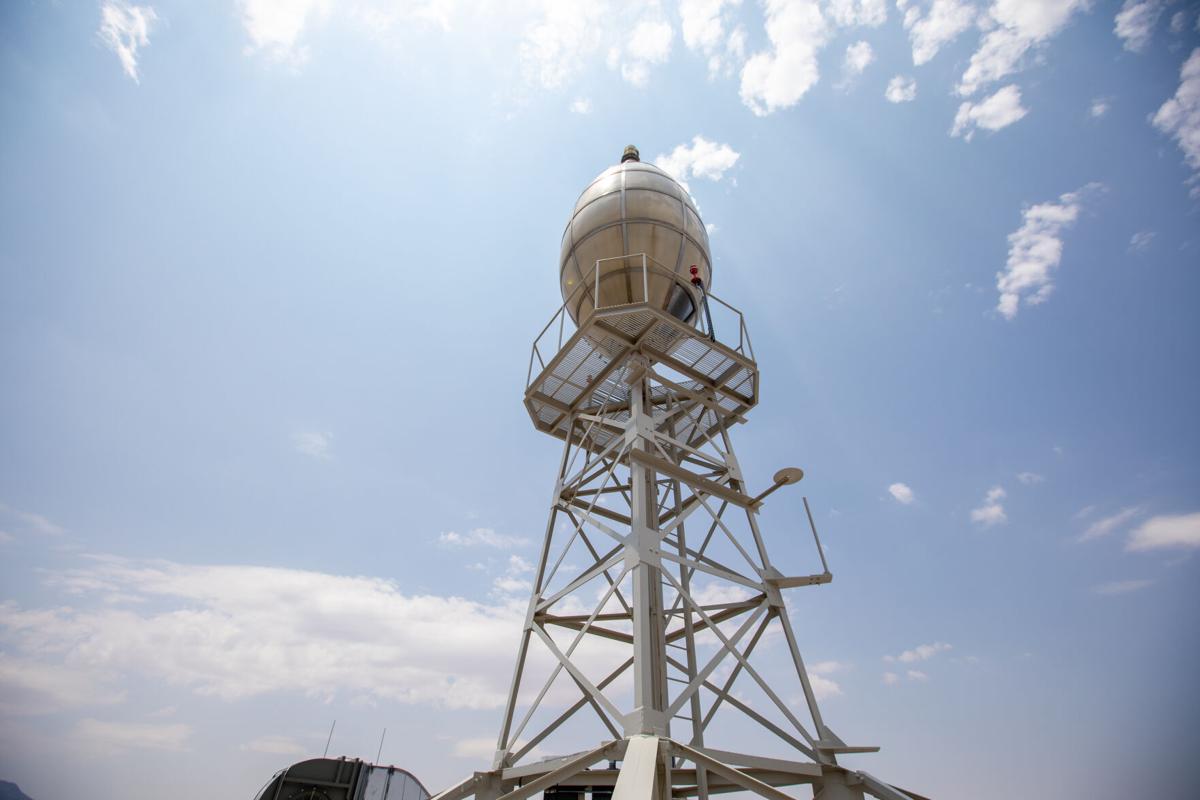 The weather flame at the very top of the building has been restored and now contains thousands of LED lights that light it up according to the weather forecast. 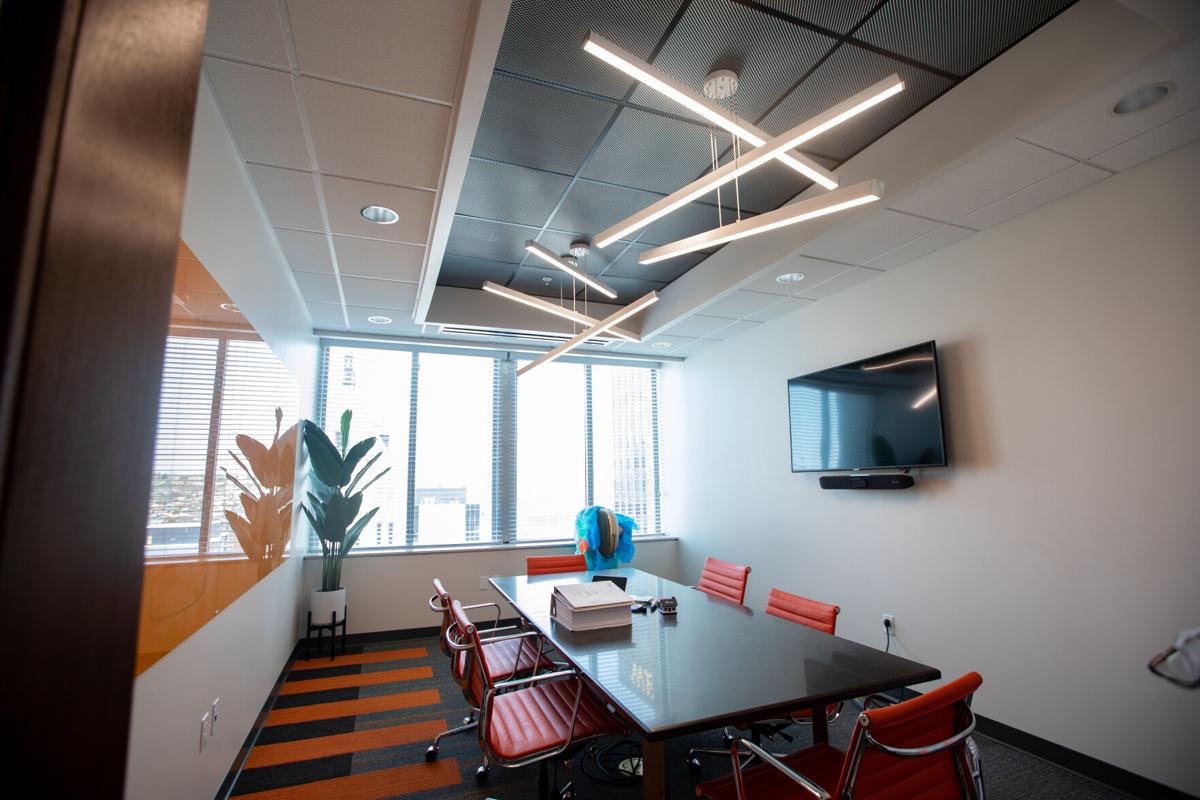 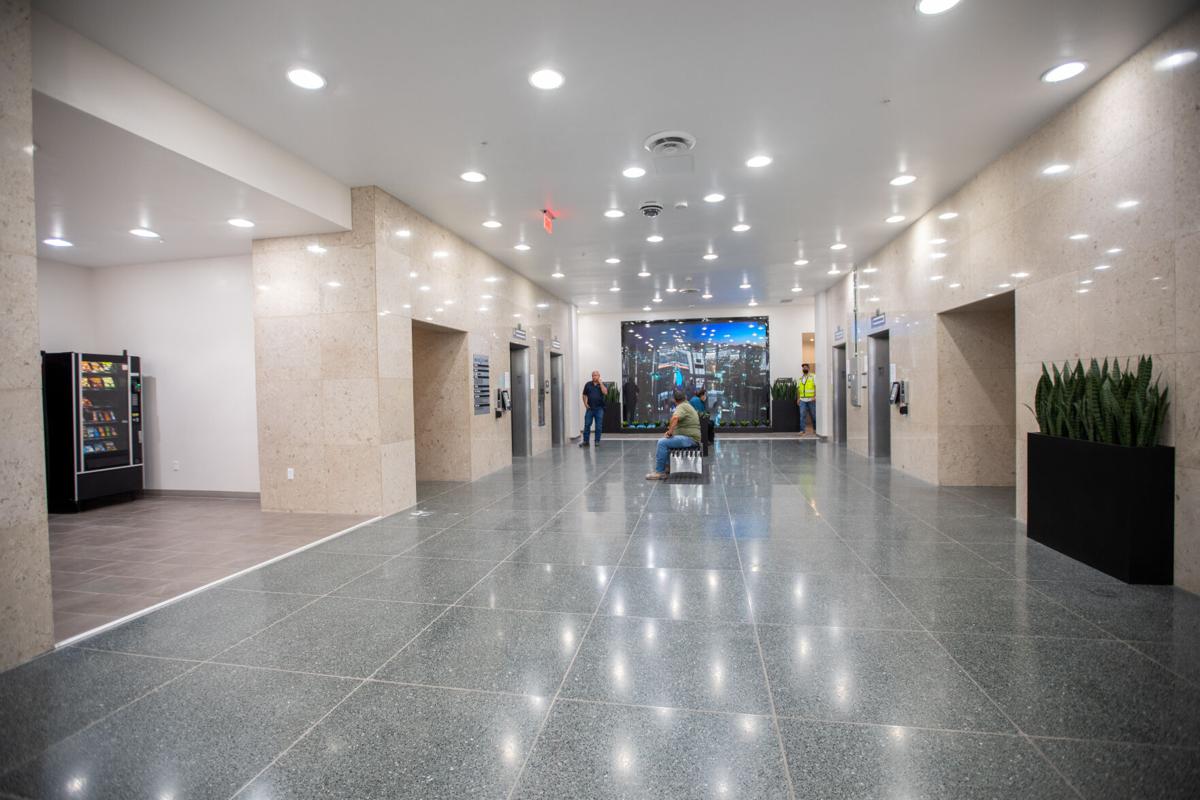 The lobby of the historic Blue Flame building. 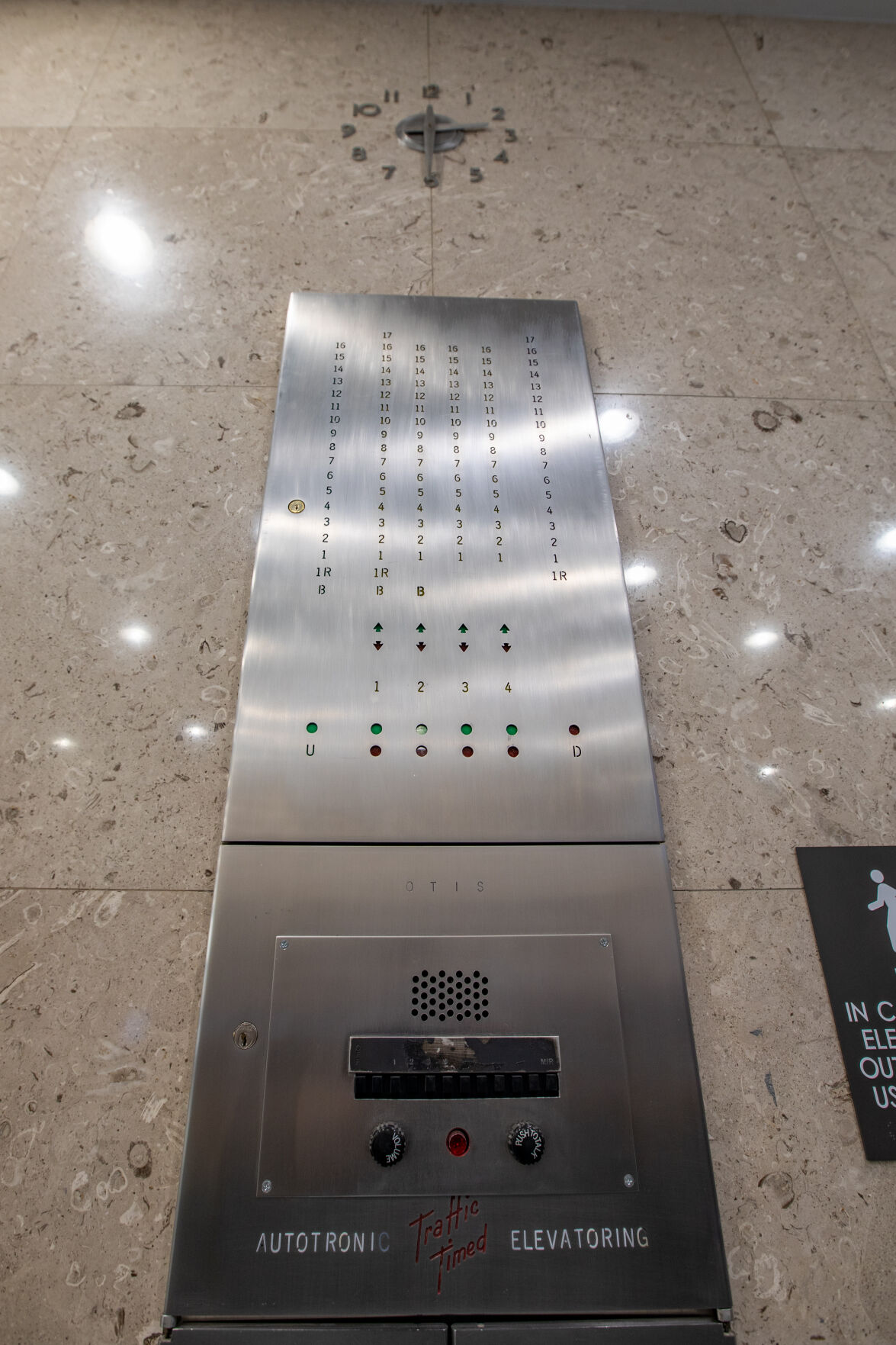 The renovation of the Blue Flame building preserved many of the original features. 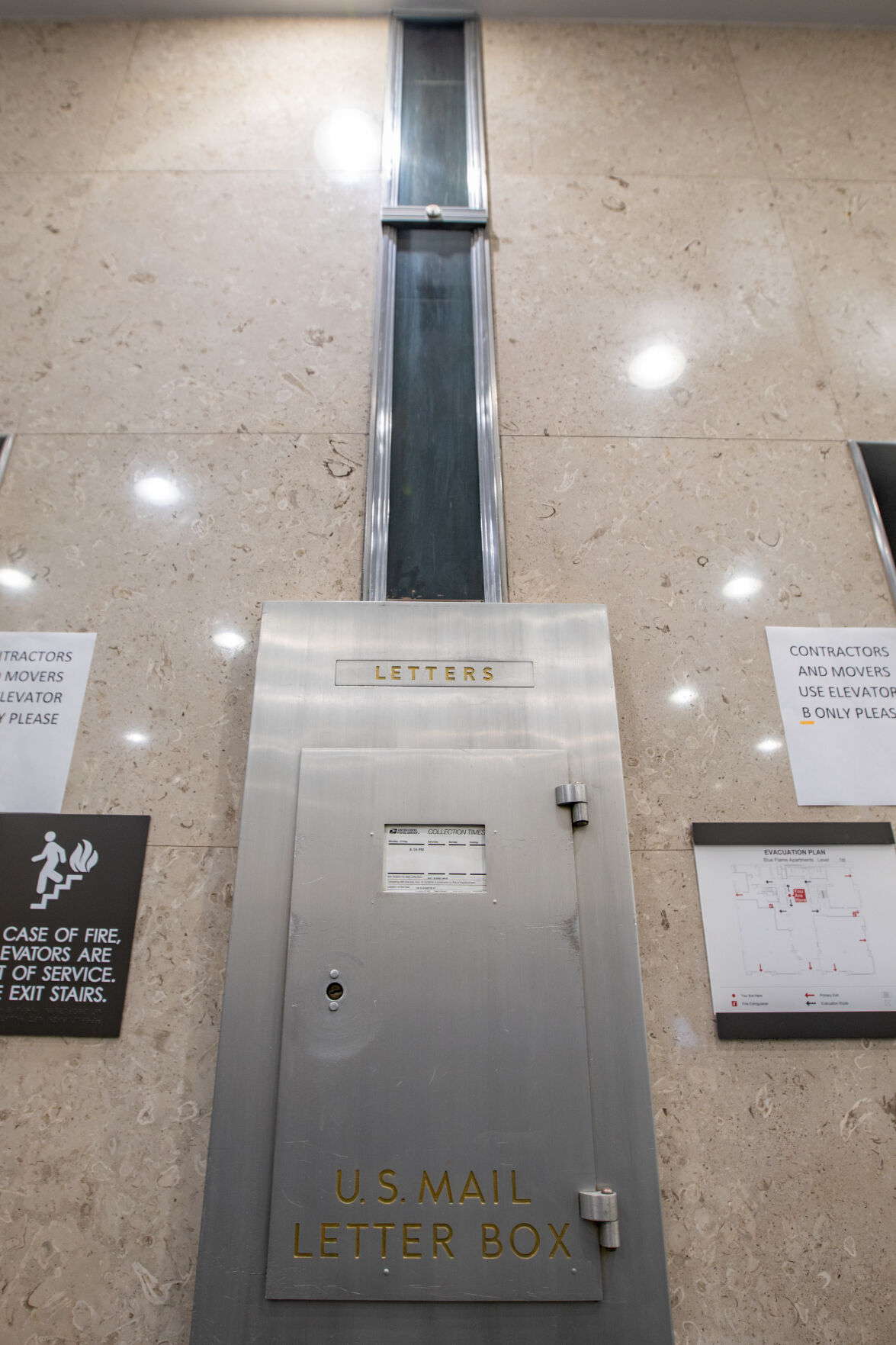 A letter box in the Blue Flame building.

A conference room inside the Blue Flame building

The renovation of the Blue Flame building preserved many of the original features.

A letter box in the Blue Flame building.

While the sign is fitting for the 120 families living in the recently renovated Blue Flame building, it also is announcing a new name for the Housing Authority of the City of El Paso.

“The housing authority has changed so much in the last 80 years that the name it was created under ceases to reflect what we do,” said Gerald Cichon, CEO of HOME. “As we looked at what we are, we started looking at words that characterized what we’re all about. There was only one word that made sense in the entire English language, which was home.”

HOME is the largest public housing authority in Texas and provides subsidized housing for about 40,000 low-income El Pasoans.

Through public-private partnerships and layered financial transactions, HOME has grown its assets under management from $150 million 10 years ago to $1.3 billion today, Cichon said, as it has remade public housing in the region.

He said the name change better reflects what the organization does, and also helps remove the stigma once associated with public housing.

The Blue Flame building is one of HOME’s signature projects. The organization bought the former El Paso Gas Company building from Paul Foster and spent years renovating the space.

El Paso Inc. got a tour of the updated Blue Flame last week, including a glimpse of the city’s Center for Civic Empowerment.

The building first opened in 1954. The lobby has been restored with its original flooring and travertine walls, including the El Paso Natural Gas logo at the entrance on the floor.

An old lithograph in the lobby has been replaced with a multipaneled wall TV screen, and officials said the building is 100% leased. The residential units are on the second through 13th floor.

There’s also a community room in the basement, and the old CEO’s office from El Paso Natural Gas days on the 16th floor has been restored.

The flame itself, at the very top of the building, has also been restored and now contains thousands of LED lights that light it up. Cichon said there will even be a new flame color code for the weather from Accuweather.

And if you have been lucky enough to have had a view of Downtown at night at just the right time, you may have recently seen the flickering light projections blanketing the top floor of the Blue Flame. HOME will officially ignite the flame at a ceremony Tuesday night.

The city is leasing the 17th floor of the Blue Flame from HOME for its Center for Civic Empowerment. The room is surrounded by a terrace with sweeping views of El Paso and Juárez, and an up-close view of the HOME sign.

The terrace is not being leased by the city, and belongs to HOME, said Nicole Ferrini, the city’s chief resilience officer.

“We don’t lease that portion, it physically belongs to HACEP,” Ferrini said. “It’s a very much a shared amenity we have with them.”

City officials have said the community room is not ready for public view, but that it’s being readied for a fall unveiling.

Ferrini said one example of how the community space could be used is for a civic series featuring different government leaders and elected officials.

“It’s about bringing information to the public about what’s going on in governing, whether it’s local, state, federal, whatever’s impacting them,” Ferrini said.

The room will also have digital connectivity capabilities to reach 3,000 people anywhere in the world, Ferrini said.

In addition to the residents living in the building, HOME has moved its offices from its longtime location at 5300 East Paisano to the 16th floor of the Blue Flame.

The organization has gone from more than 650 employees to just 60 over the last 10 years, Cichon said.

He said many of those positions were for things like master plumbers and carpenters, and that as HOME continued to update and build new units, there was less need for maintenance.

The funding structure of HOME is complicated. The quasi-governmental organization is part of the Rental Assistance Demonstration, or RAD, program from the U.S. Department of Housing and Urban Development.

Under the program, HOME is able to access different forms of funding, including federal low-income housing tax credits and private capital, to reinvest in its public housing stock.

Cichon said public-private partnerships have been an integral part of their years-long project to replace or rehab HOME’s aging units, as well as for projects like the Blue Flame.

The famous "weather flame" atop the historic Blue Flame building in Downtown El Paso was reignited Tuesday night. The high-rise, including the…

I like the new name for the El Paso Housing Authority! "HOME" which is now housed in the former. El Paso Natural Gas Building, the only downtown El Paso high rise built in the 1950's. 1954 to be exact, I was born in 1956 and this building has always been one of my most favorites. The Christmas and Easter Cross that use to light up the eastern side windows of the building was most impressing. But the main attraction as a young boy was at the very top, known as the blue flame. My grade schoolmates use to call it El Trumpo, the popular wooden toy "Top" that we could spin with a string on a flat surface. I'm glad to see this old building come back to life along with several other old downtown historical buildings. The Mills building, Plaza Hotel, Basset Tower, the Martin building, ETC! El Paso lawyer James Scherrer really needs to revitalize his Texas Tower and the American Furniture buildings. To continue on with the downtown revitalization process. But regardless, downtown is starting to look good once again.