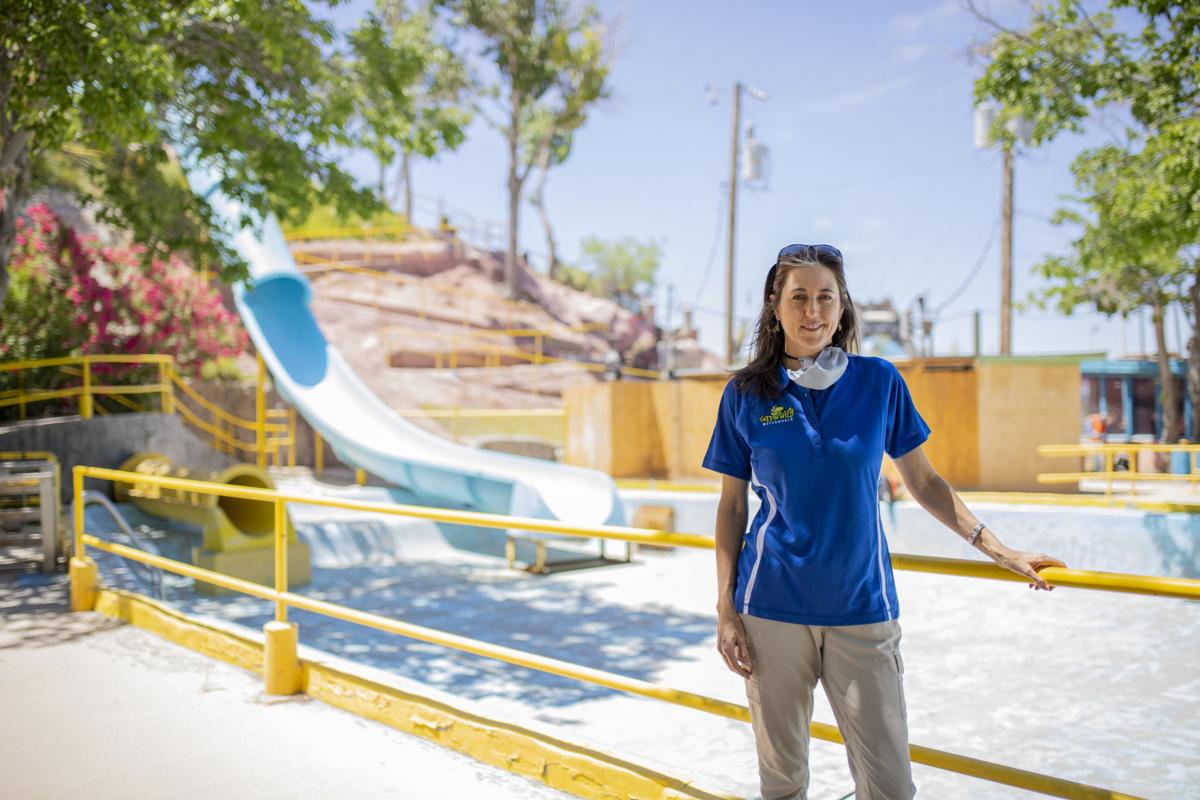 ‘When schools were canceled our revenue pretty much instantly dried up,’ says Chandra Edwards-Cottingham, president of Wet ‘N’ Wild Waterworld in Anthony, Texas. 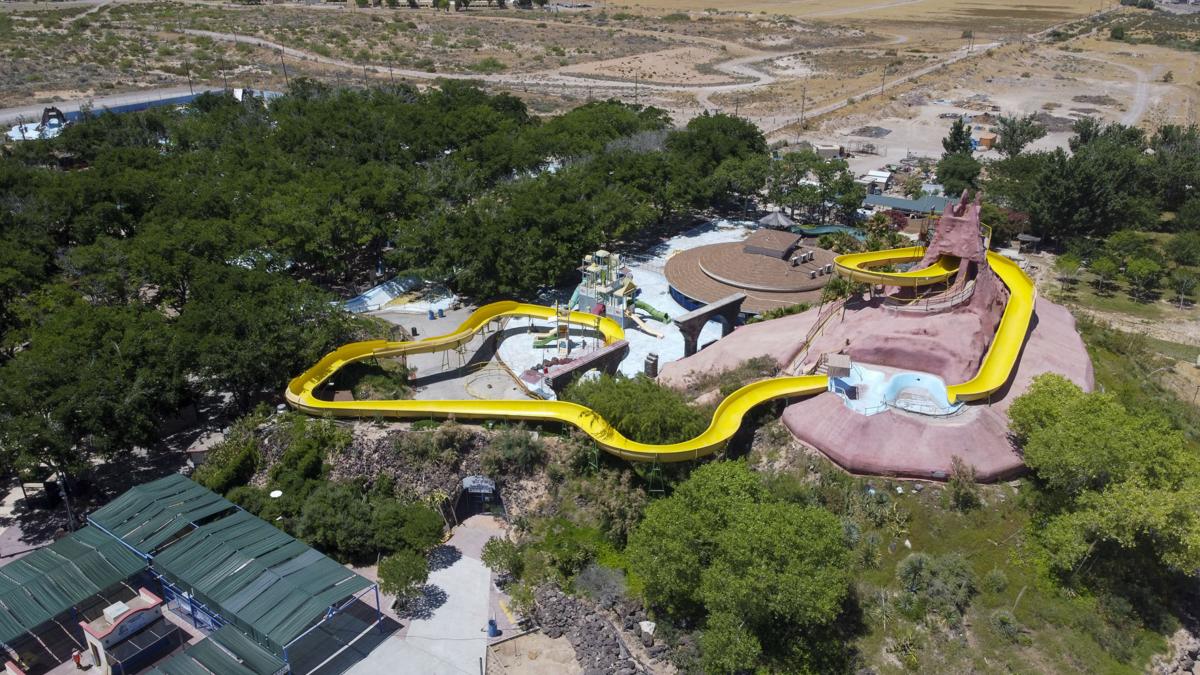 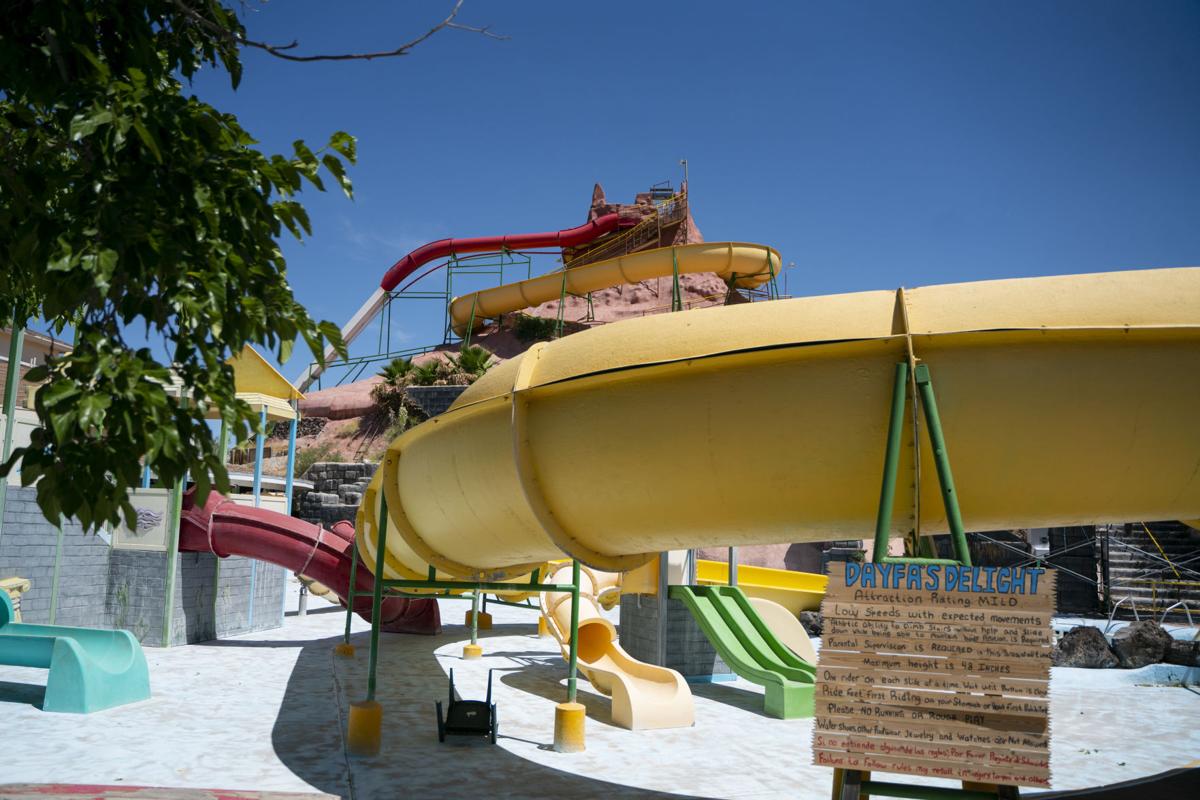 ‘When schools were canceled our revenue pretty much instantly dried up,’ says Chandra Edwards-Cottingham, president of Wet ‘N’ Wild Waterworld in Anthony, Texas.

There was no splash in the start of Wet ‘N’ Wild’s season this year as coronavirus-related closures eat into the start of summer.

“When schools were canceled our revenue pretty much instantly dried up,” said Chandra Edwards-Cottingham, president of Wet ‘N’ Wild Waterworld in Anthony, Texas. “We were selling more and more season passes, birthday parties, group parties, and so all of that instantly flatlined.”

The start of the season for Wet ‘N’ Wild would have been on the first weekend in May. More than three weekends later and the park remains closed.

The county’s entertainment and recreational venues have been shut down since mid-march, when city, county and state officials issued social distancing orders to slow the spread of COVID-19. Schools were also closed, and a ban on gatherings of any size was put in place.

Texas has begun reopening its economy, but El Paso’s opening has been delayed as the number of COVID-19 cases continues to increase. While bars across the state were allowed to open Friday, El Paso County bars must wait until May 29.

It’s unclear when Wet ‘N’ Wild will get the OK to reopen, but there’s still plenty of work happening at the park. Edwards-Cottingham said the pace is a bit slower and more strategic.

Workers last week were tiling and painting empty pools and adding improvements to the park. All the pools in the park take about two weeks to fill up, and it’s one of the last things that happens before the park reopens, Edwards-Cottingham said.

For now, the park is mostly quiet. There are a couple of squirrels wandering around, and big pieces of slides lie on the ground waiting to be pieced together. There are no tubes floating in the Little Rio Grande, or water.

Cottingham-Edwards said she and park operators have been studying the guidance that has been released for aquatic venues from the Centers for Disease Control.

She said the park is also anticipating having to run with a reduced number of guests, similar to how restaurants and other spaces can only allow 25% capacity.

CDC guidance for aquatic venues includes increased hand-washing, encouraging the use of face masks, and clear signage and messaging.

“I put myself in the shoes of if I’m bringing my family here, and what kind of experience we’d want,” Edwards-Cottingham said.

When Wet ‘N’ Wild does reopen, there will be some changes. Edwards-Cottingham said the park will hire additional staff to help maintain social distancing protocols.

“Our main objective is to be open in a way that’s safe for everybody who’s concerned,” Edwards-Cottingham said. “At that point, we’ll see what happens.”

While Wet ‘N’ Wild is in Texas, the region’s other amusement park, Western Playland, is in New Mexico.

New Mexico is on a different opening timeline than Texas, even though the line between the two states blurs near Sunland Park and the Upper Valley. The state has begun to allow some businesses to reopen in phases, with more announcements expected.

Patrick Thomson, Western Playland president, is waiting for the OK to reopen. The park had been briefly open for the start of its season but closed before spring break in March.

“We’ve lost half of our year’s income, so it’s going to be a difficult year,” Thomson said. “We’re hoping we get open and have people get out. We’ll probably do more evening than day hours because of the heat. It’s been a rough road because we still have to pay bills and things.”

Thomson said Western Playland was the recipient of a federal Paycheck Protection Program loan and was able to retain its 12 full-time employees, but had to furlough about 100 part-time ones.

Thomson said everything from workers’ compensation insurance to advertising has also been affected. He added that while the park has never gone through something like the COVID-19 pandemic, it has had to previously temporarily close.

Western Playland delayed its opening season by a few months when it was moved from Ascarate Park in Central El Paso to Sunland Park in 2006.

Thomson said the park is preparing for reopening by making sure they have enough sanitation supplies on hand for guests.

“I think more and more information is now coming out, so we’re kind of holding off to see what happens,” Thomson said. “We’re going to sanitize and do our best to make sure everyone’s safe.”

While some attractions are still waiting for the green light to open, other recreational areas are opening up, albeit with changes in capacity, hours and requirements for entrance.

The city’s state parks and recreational trails, including McKelligon Canyon and Lost Dog Trail, were allowed to reopen Saturday but with social distancing requirements.

“I think people are ready to get out of the house, and ready to have some fun,” Thomson said.