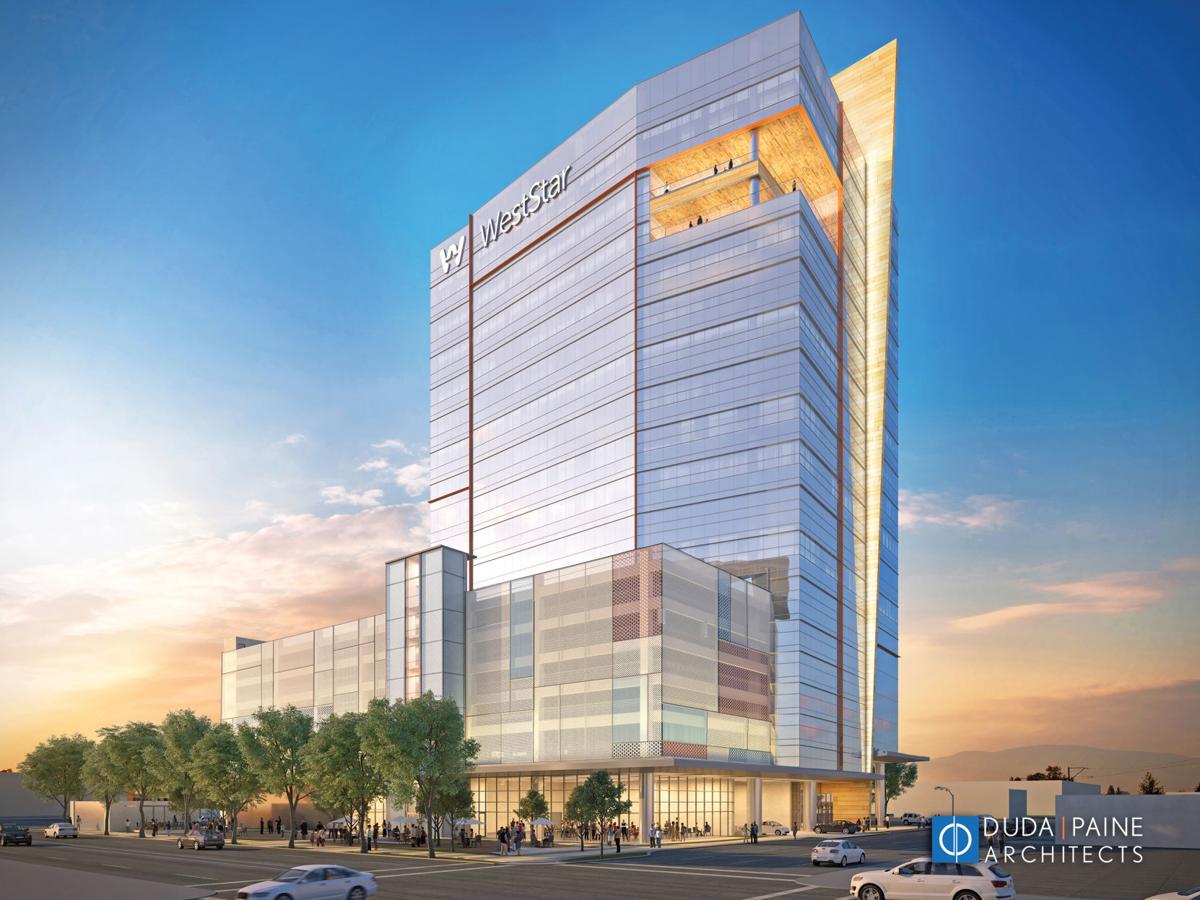 At 306 feet, WestStar Tower will be the tallest building in El Paso. 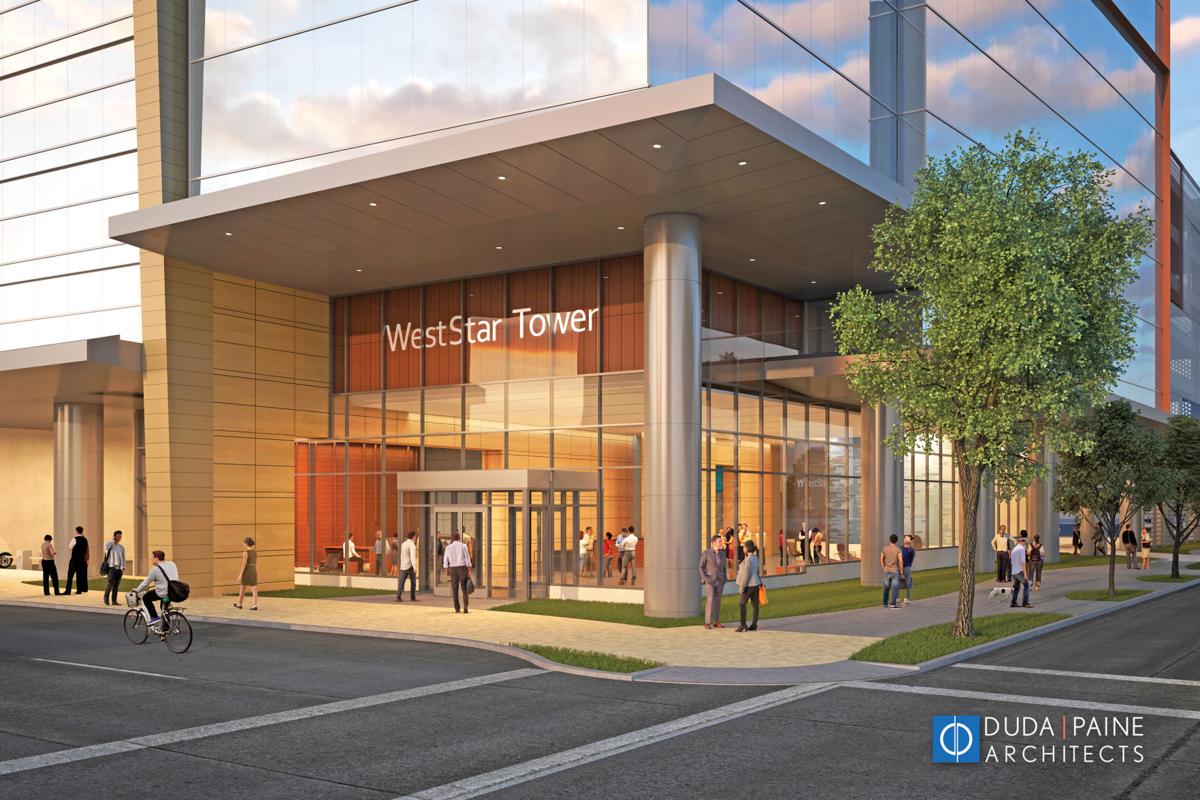 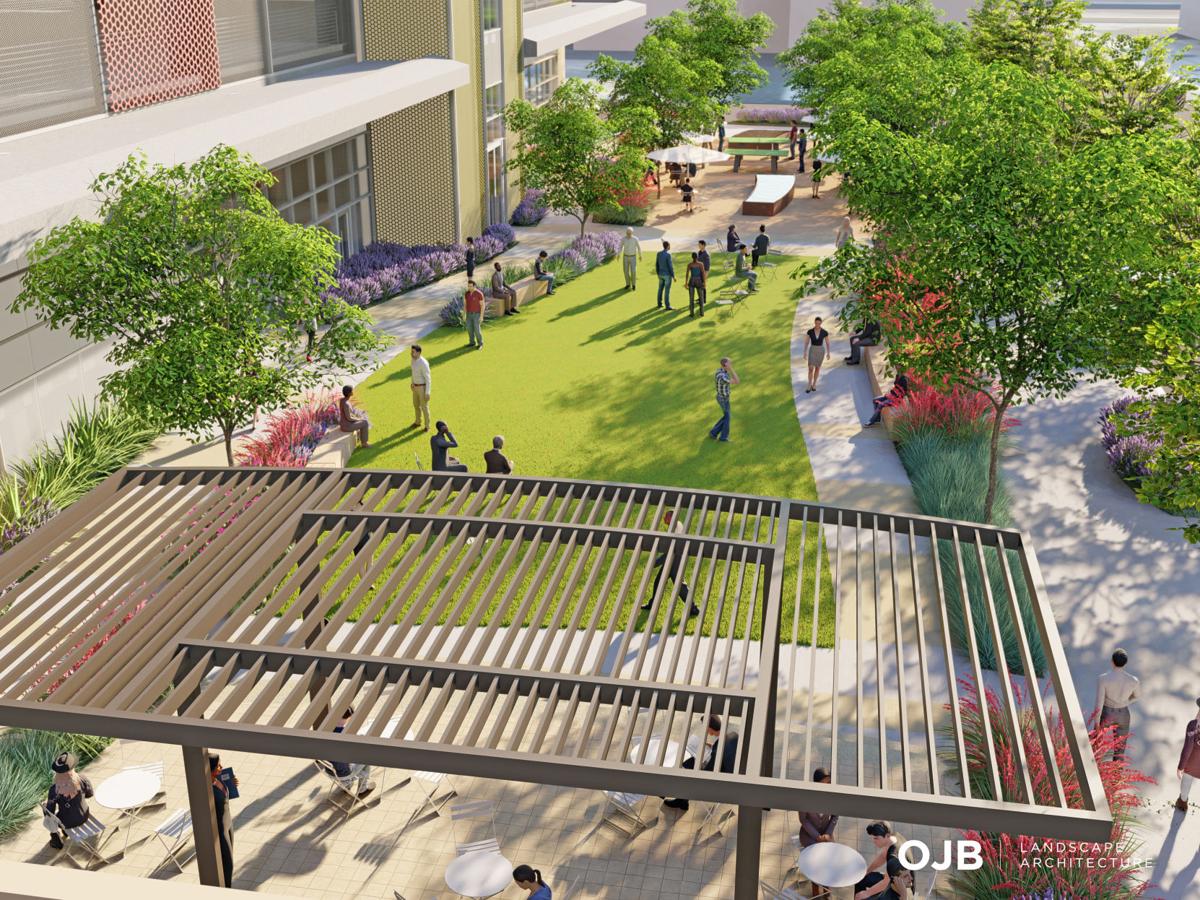 The architects say they wanted to design a structure that reflected the El Paso community. 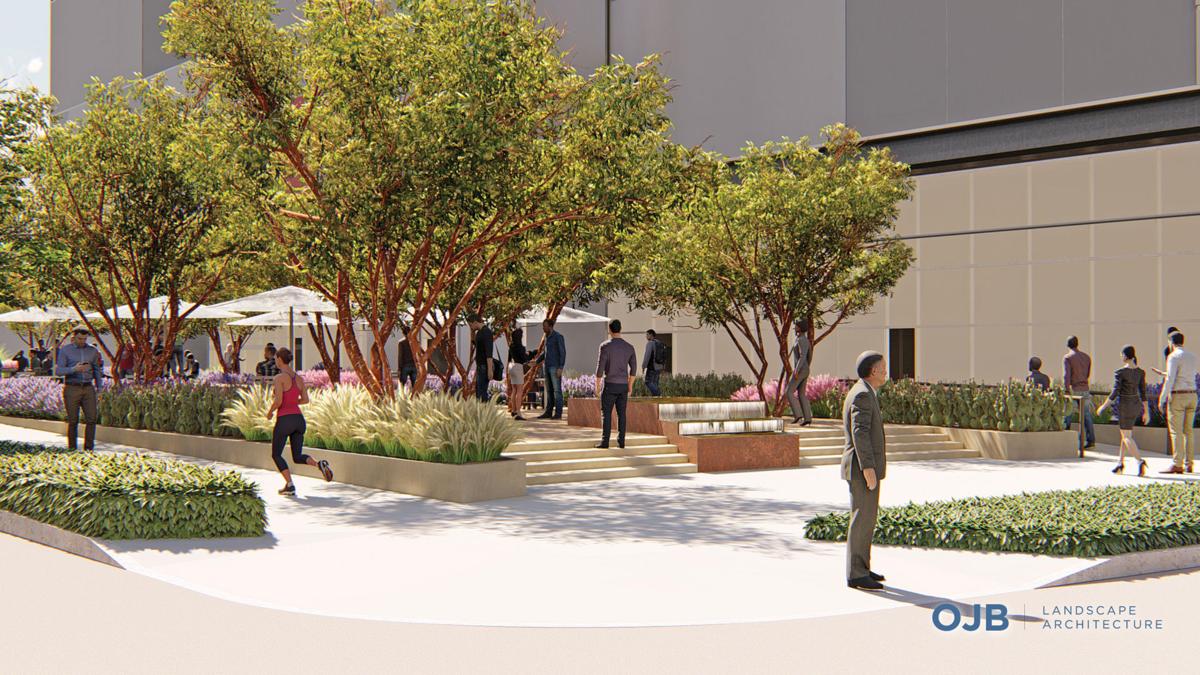 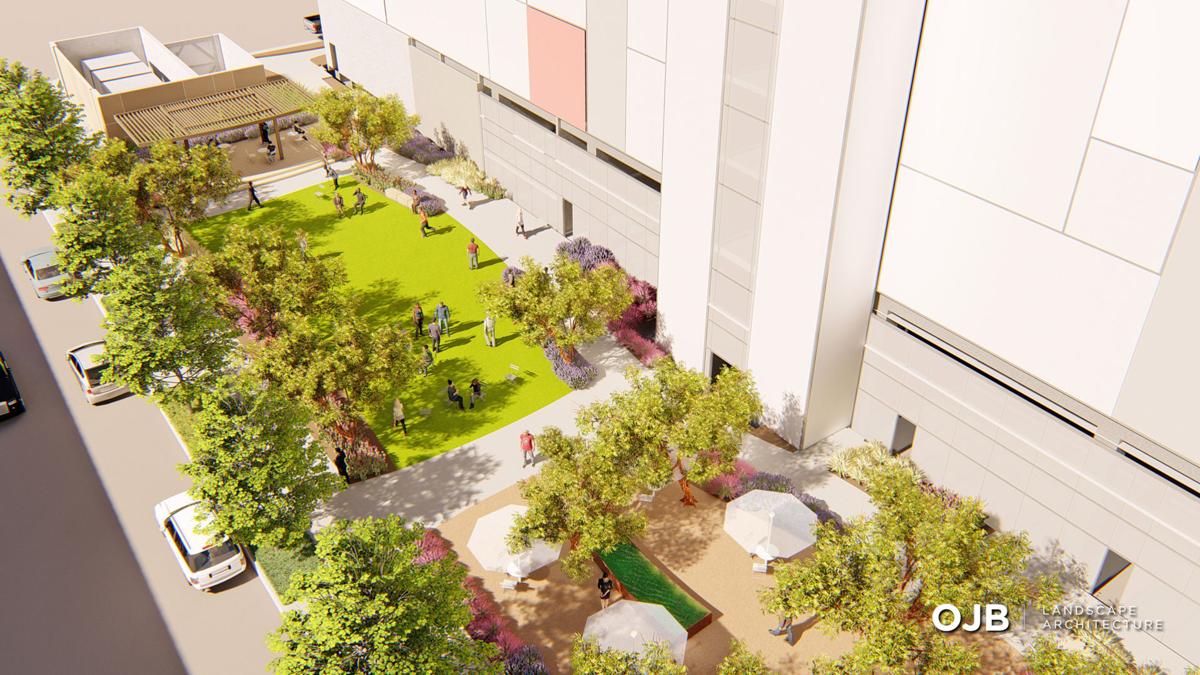 The development will include a community event space, park-like gathering areas and outdoor activities. 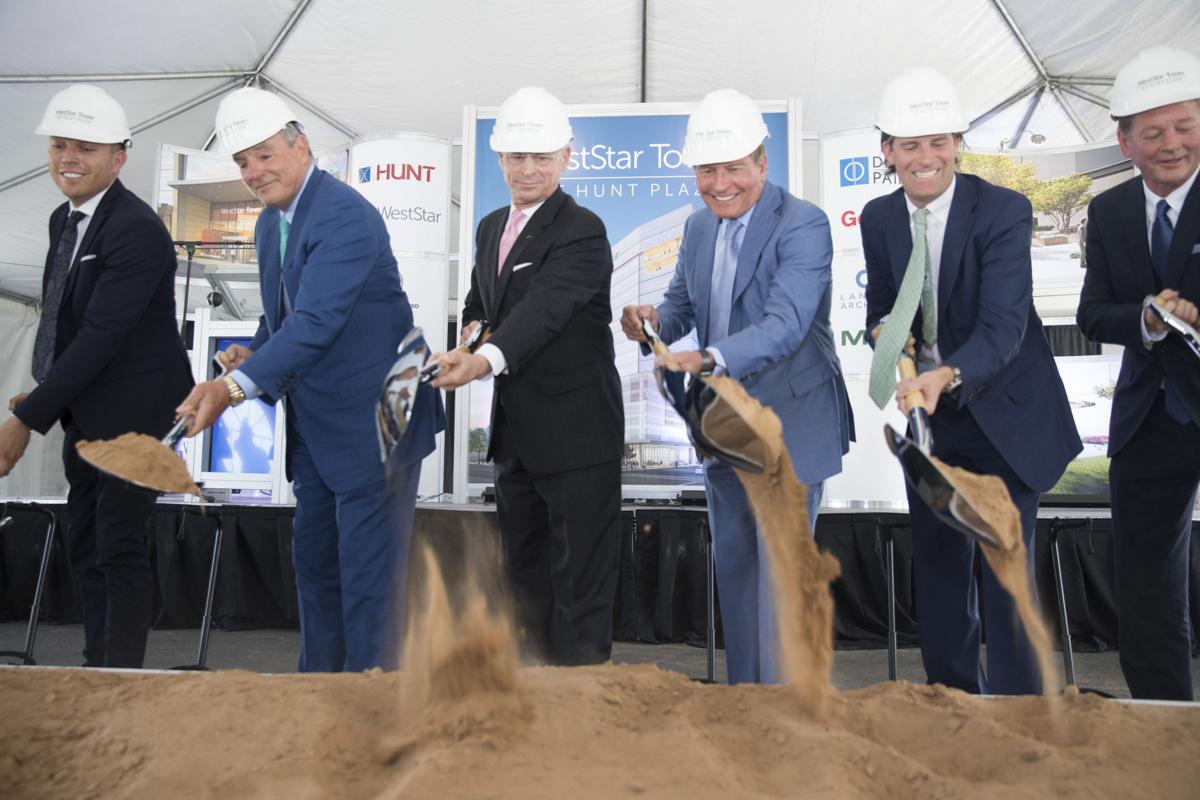 At 306 feet, WestStar Tower will be the tallest building in El Paso.

The architects say they wanted to design a structure that reflected the El Paso community.

The development will include a community event space, park-like gathering areas and outdoor activities.

The deal to build WestStar Tower, an 18-story high-rise that will be the tallest in El Paso and represents an $85-million bet on the resurgence of Downtown, came together over a series of bike rides.

“Woody and I do a lot of bike rides, and over the course of a couple of years of talking about things – obviously, there are a number of challenges in terms of cost – we came together on a vision,” Rick Francis, CEO of WestStar Bank, told El Paso Inc.

Woody Hunt, executive chairman of one of El Paso’s largest conglomerates, and Rick Francis, who heads one of the city’s largest community banks, settled on a partnership that would build the first commercial tower in Downtown El Paso in nearly 40 years.

Their deal on wheels done, Hunt Companies and WestStar Bank broke ground on the project last Wednesday. The building is expected to open in summer 2020 at 601 N. Mesa.

“Today, we honor the past as we break ground on what will become the symbol of El Paso’s resurgence as one of the most progressive regions in North America,” Francis said at the groundbreaking ceremony.

Hunt Companies will move its headquarters to the tower, bringing about 175 employees to Downtown. WestStar Bank plans to leave its four Downtown buildings and move about 225 employees into the tower, along with an additional 35 employees.

Francis said WestStar Bank owns the entire block where it’s headquarters is now at 500 N. Mesa. What will become of it after the company moves?

“There is a contract on my desk to see that another – I can’t really say. But it will be another building that will add value to Downtown El Paso,” Francis said in an interview after the groundbreaking.

As planned, WestStar Tower would not have as many floors as the city’s tallest building – the Wells Fargo office tower, which has 21 floors. But, at 306 feet, it will be taller – by four feet.

Hunt, who has grown Hunt Companies into an enterprise with 6,500 employees nationwide, said they began thinking about moving their headquarters to Downtown in 2007.

“We needed to be a participant in the revival – the economic recovery – of Downtown El Paso,” he said.

Then, in 2008, the global economy collapsed.

They looked for space in the historic Anson Mills Building, which had just been restored by El Paso billionaire businessman Paul Foster, but it wasn’t a good fit for their growing headquarters, Hunt said.

For several years, the company had an option to buy a piece of property on the north end of San Jacinto Plaza. But it was too small and “didn’t really work out,” Hunt said.

After conducting a design competition, the partners selected Duda|Paine Architects to design the tower. The firm, based in Durham, North Carolina, has designed large commercial towers across the country, including buildings in Durham that are anchoring downtown revitalization efforts there.

“This project is not simply an architecture project,” said Andres Serpa, a senior associate at Duda|Paine Architecture. “It means much more than that.”

Serpa said the hardest part of designing the building was creating the concept – creating something that reflected the El Paso community and didn’t look like an alien building that landed here from somewhere else.

“With WestStar Tower, Hunt Companies is bringing iconic architecture to mark the new energy and optimism in El Paso through the design and construction of this signature landmark building,” he said.

The project will include 262,000 rentable square feet of Class A office space, 13,000 square feet of ground-level office and retail space and 735 parking spaces. It will also include a community event space, park-like gathering areas and outdoor seating.

“This investment,” El Paso Mayor Dee Margo said, “will help attract corporate headquarters to El Paso, something we are way behind on compared to other Texas cities, and will add to our commercial tax base.”

“With this WestStar Tower,” El Paso County Judge Ruben Vogt said, “we are converting a parking lot into something we can all be proud of and creating a new chapter in El Paso’s story, which is one of progress and transformation.”