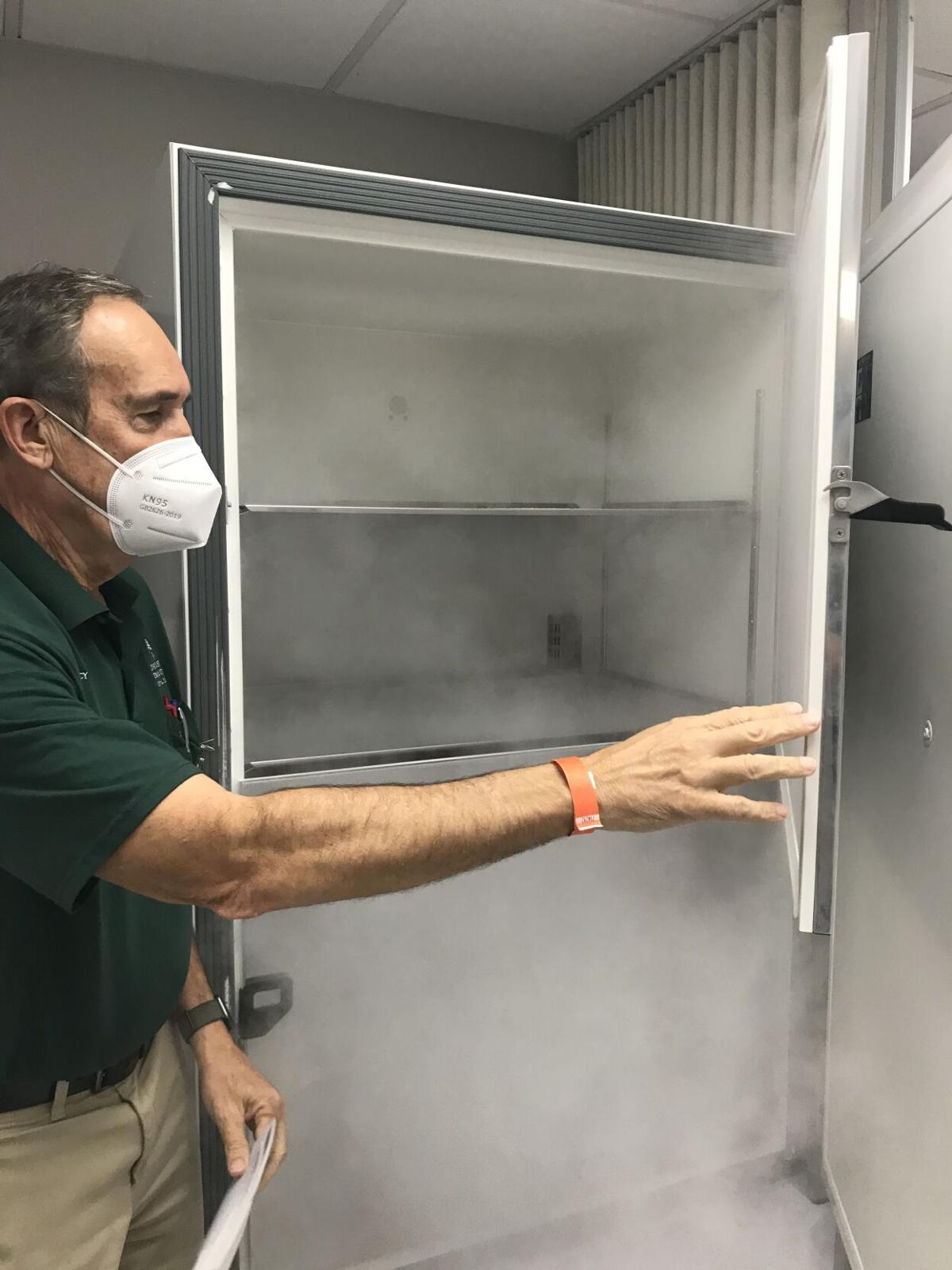 Fog rolls out as Myron Lewis opens the door to one of the three Panasonic Ultra Cold Freezers University Medical Center of El Paso has acquired to store coronavirus vaccines. 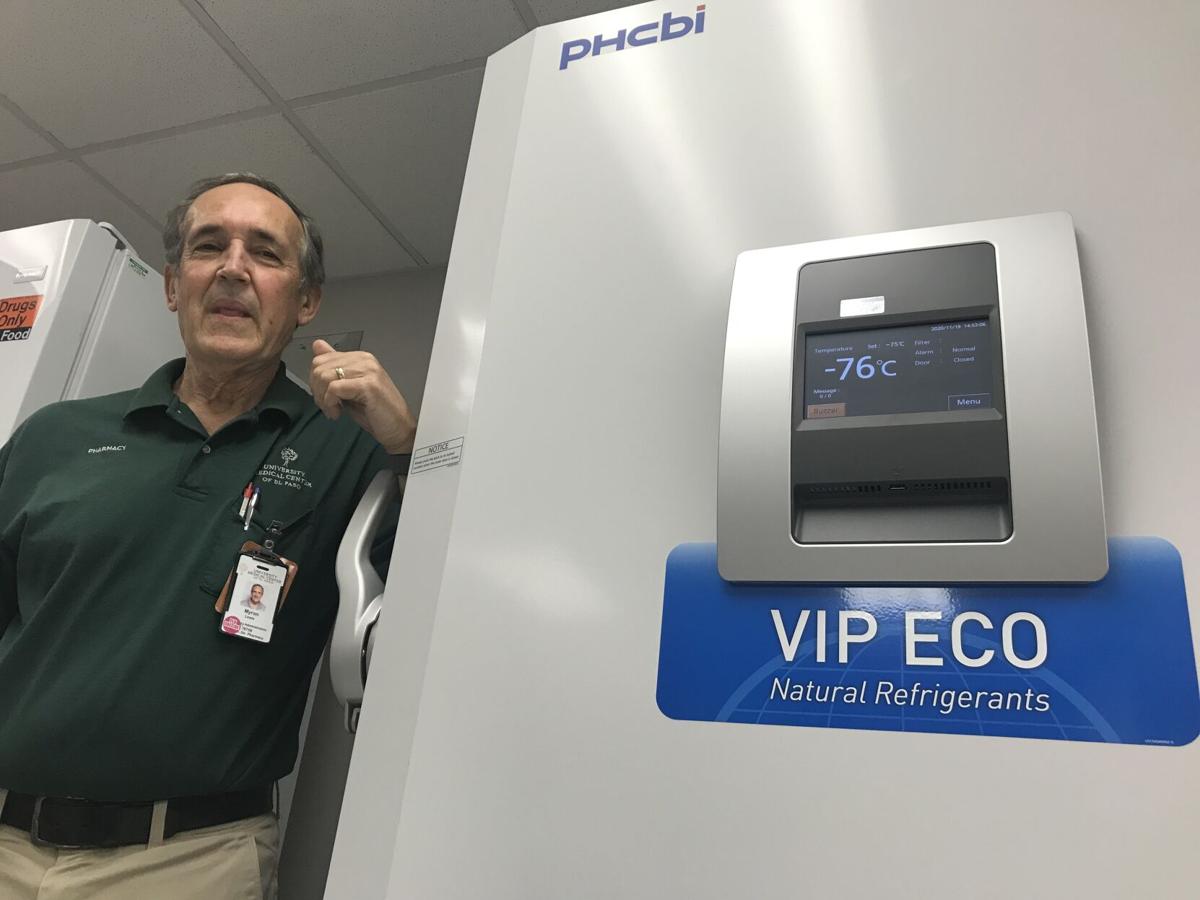 Fog rolls out as Myron Lewis opens the door to one of the three Panasonic Ultra Cold Freezers University Medical Center of El Paso has acquired to store coronavirus vaccines.

Three ultra-cold freezers needed to store tens of thousands of coronavirus vaccine doses have arrived at University Medical Center of El Paso, which expects to receive those vaccines in mid-December.

Each freezer is capable of storing 90,000 doses of the first COVID-19 vaccines likely to reach hospitals. The freezers cost $13,823 each, said UMC spokesperson Ryan Mielke.

Since the coronavirus outbreak in March, UMC has admitted 1,852 patients with COVID-19 and, while a single night in the hospital can cost thousands of dollars, Mielke said none of those patients has been or will be personally billed for the care they received at UMC.

The cost of treating a patient in the hospital for COVID-19 averages $21,868, he said. The patient’s health insurance company or other providers, such as Medicare, are billed first if they have that coverage. Then, what is not paid is covered by federal CARES Act dollars.

“There isn’t anything that’s going to be billed to them directly for their COVID treatment,” Mielke said. “I do know there are federal funds, CARES Act funding and others that are specifically for COVID patients.”

That goes for private hospitals too, he said, relieving their patients of tremendous out-of-pocket costs.

The primary source of federal funding is the $175 billion in the CARES Act appropriated by Congress, of which $30 billion is left. What happens when the availability of those funds runs out Dec. 29 is uncertain.

By then, millions of doses of the Pfizer vaccine as well as Moderna’s will be available, first to front line health care workers, first responders and people who are over 65 years old.

“The federal government has purchased almost all of the doses or will have purchased all the doses of these vaccines, and they will allocate them to the states,” said Lewis, who’s been with UMC for 33 years. “The states will allocate it to the local areas based on need, availability and storage capabilities.”

The Pfizer vaccine is kept at minus 75 degrees Celsius for transportation and storage and then brought up to a standard refrigerator temperature for up to five days.

With three of the super freezers, UMC will be able to store the Pfizer vaccines at the main hospital, as well as its clinics on Joe Battle Boulevard in Far East El Paso and North Desert Boulevard on the Westside.

Both the Pfizer and Moderna vaccines will require two doses, and the companies reportedly expect to have enough to vaccinate 25 million people in the United States by Dec. 31.

“They’re projecting that by this time next year, they’ll have 1.3 billion doses available,” Lewis said.

Vaccinations for younger and healthy adults should be available starting in April.

Also coming on line are the AstraZeneca and Johnson & Johnson vaccines, which use an older technology.

“I would imagine that all of them are probably going to have equal efficacy,” Lewis said.