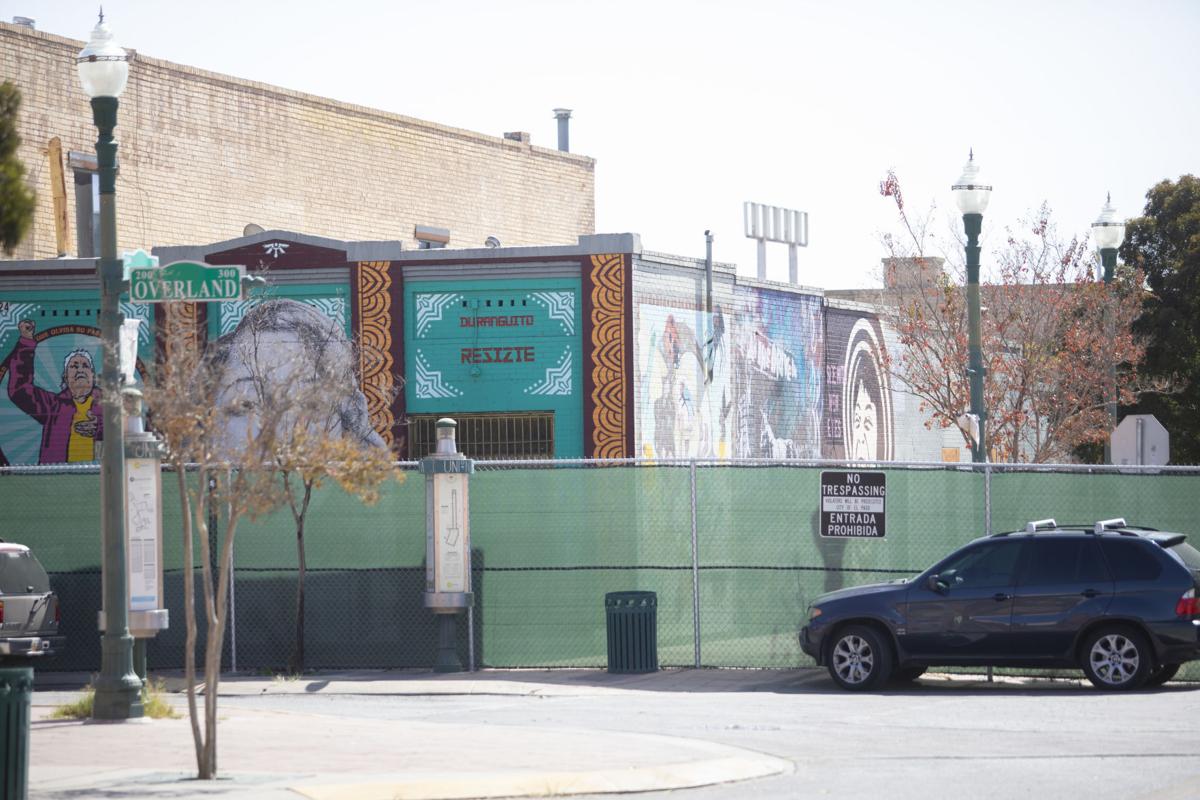 A fence surrounds the proposed arena site in the Duranguito neighborhood. 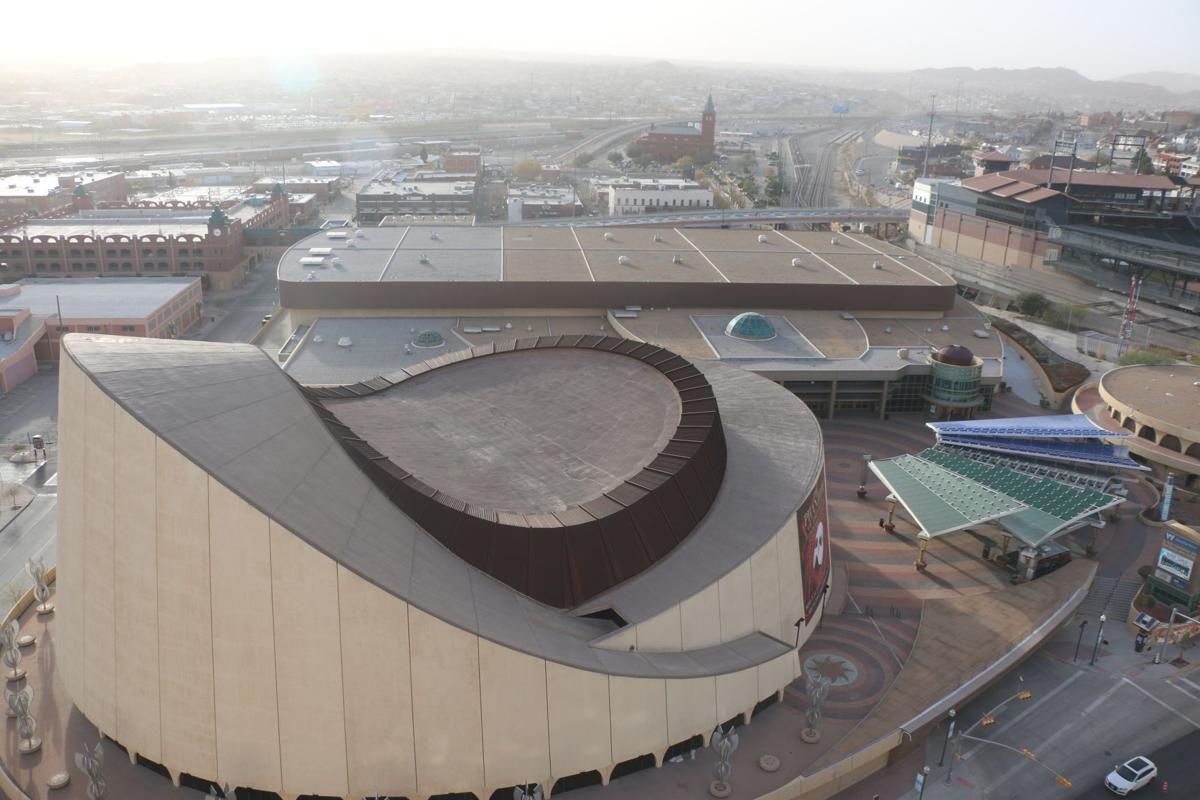 El Paso Mayor Oscar Leeser, who was sworn in as mayor Jan. 5, has said he wants to see the multipurpose center become part of improvements to Abraham Chavez Theatre and the convention center.

A fence surrounds the proposed arena site in the Duranguito neighborhood.

El Paso Mayor Oscar Leeser, who was sworn in as mayor Jan. 5, has said he wants to see the multipurpose center become part of improvements to Abraham Chavez Theatre and the convention center.

In a Saturday morning meeting, the Texas Historical Commission’s Board of Review voted unanimously to recommend that the U.S. National Parks Service establish a Downtown National Register Historic District as proposed by El Paso County.

Supported by the county but opposed by the city, the establishment of a Downtown National Historic District received the unanimous support of the El Paso Historic Landmark Commission on Monday, Jan. 11.

With little time for delay, the proposal went before the Texas Historical Commission’s Board of Review this Saturday, Jan. 16, after El Paso Inc.’s publication deadline.

If approved, the application will go to the National Park Service for consideration as a National Register Historic District.

Supporters say it would be disastrous if the state commission postponed action because the application deadline for getting the Downtown National Historic District approved by the state and sent on to the National Park Service would pass.

“I am very supportive of any movement to make sure that all of Downtown is included in our application for the historic designation with the National Register,” County Commissioner David Stout said. “This is a project we’ve been working on in my office since 2015, and we are now at the end.”

Opposition to the historic designation from the city, the Downtown Management District and Downtown business interests isn’t focused so much on the proposed historic district as it is on the inclusion in the district of the five-acre Duranguito neighborhood immediately south of the Judson F. Williams Convention Center.

That neighborhood is historic and seen as the spot where El Paso had its beginnings in the 1880s.

But it’s also the spot where the city has planned to build a multipurpose cultural and performing arts center, often called an arena, which voters approved as part of the 2012 Quality of Life bond election.

In 2016, when the city began planning to demolish the properties it had acquired in Duranguito, Max Grossman, a UTEP associate professor of history, along with a small group of the remaining residents filed suit to block the city’s plans.

Backing Grossman’s legal battle with the city has been J.P. Bryan of Houston, who made his money in oil and has spent a lot of it restoring historic hotels and buildings in other areas of Texas.

The major legal decisions have gone the city’s way, but one aspect of the opponents’ case remains active in El Paso’s Eighth Court of Appeals.

Critics of the city’s efforts say the chances of the arena ever getting built are slim because delays and inflation have pushed the original cost estimate of $180 million to $250 million or more for the 13,000- to 15,000-seat arena the city wants.

While the city’s Historic Landmark Commission is now on record as supporting the inclusion of Duranguito in the district, former El Paso Mayor Dee Margo, in one of his last acts in office last month, formally expressed the city’s opposition in a letter to the Texas Historical Commission.

Duranguito backers have been calling on Mayor Oscar Leeser, who defeated Margo in the Dec. 12, 2020, runoff, to override Margo’s letter with a letter of his own supporting the district and the inclusion of Duranguito in the National Historic District proposal.

When asked during his election campaign if he favored the preservation of Duranguito, Leeser never offered a yes or no, saying only that he wanted to see the multipurpose center become part of improvements to Abraham Chavez Theatre and the convention center.

Margo’s letter, Leeser said, “reflected a decision made by the City Council of El Paso on September of 2020 – and reaffirmed by Council vote in December – supporting the nomination, with the exclusion of the previously selected (multipurpose center) site, and asking for a postponement of the meeting in order to afford the city enough time to provide additional information.”

But the owners of the 169 buildings considered historic or contributing to the historicity of the district could be eligible for state and federal tax credits covering up to 45% of the cost of a restoration that meets the National Register of Historic Places’ rigorous conditions.

Foster, however, opposes the inclusion of Duranguito as does the Downtown Management District because of the economic impact an arena could have if built on the Duranguito site.

Among the speakers who addressed the city’s Historic Landmark Commission was Marilyn Guida, who recalled collecting signatures in support of the historic district.

She offered one of writer William Faulkner’s best-known lines: “The past is never dead. It’s not even past.”

Because the city’s arena plans threaten Duranguito and the entire proposal for a National Historic District, she said, “I regret my vote and I will never vote for another bond issue.”

Richard Dayoub, the former CEO of the El Paso Chamber who is now a business consultant and lobbyist for the city, said he represents several Downtown clients in asking the commission to deny the application in order to reach out to property owners in the proposed district and inform them of the proposal.

“It’s really surprising that there are so many property owners that are not aware of this nomination,” he said, asking for a delay “to explain what the impact will be on their properties.”

However, as one of the conditions for the historic district applications, every property owner was informed of the proposal. Addressing the commission, Grossman said the notifications prompted no expressions of opposition from property owners in the proposed district.

The last person to call into the remote meeting on Monday was Stout, who urged the commission not to hesitate because it will be too late for the county’s National Register proposal if they do.

“If we were to change the district at all, we risk the whole Downtown district because our survey will expire between now and the next time the (Texas Historical Commission) will have their review board,” Stout said. “This is something that would be completely thrown off the tracks if we are not able to get the THC to decide this coming Saturday.”

With that, the commission’s chairman, Donald Sevigny, called for a vote on the proposal, which the commission members supported unanimously.