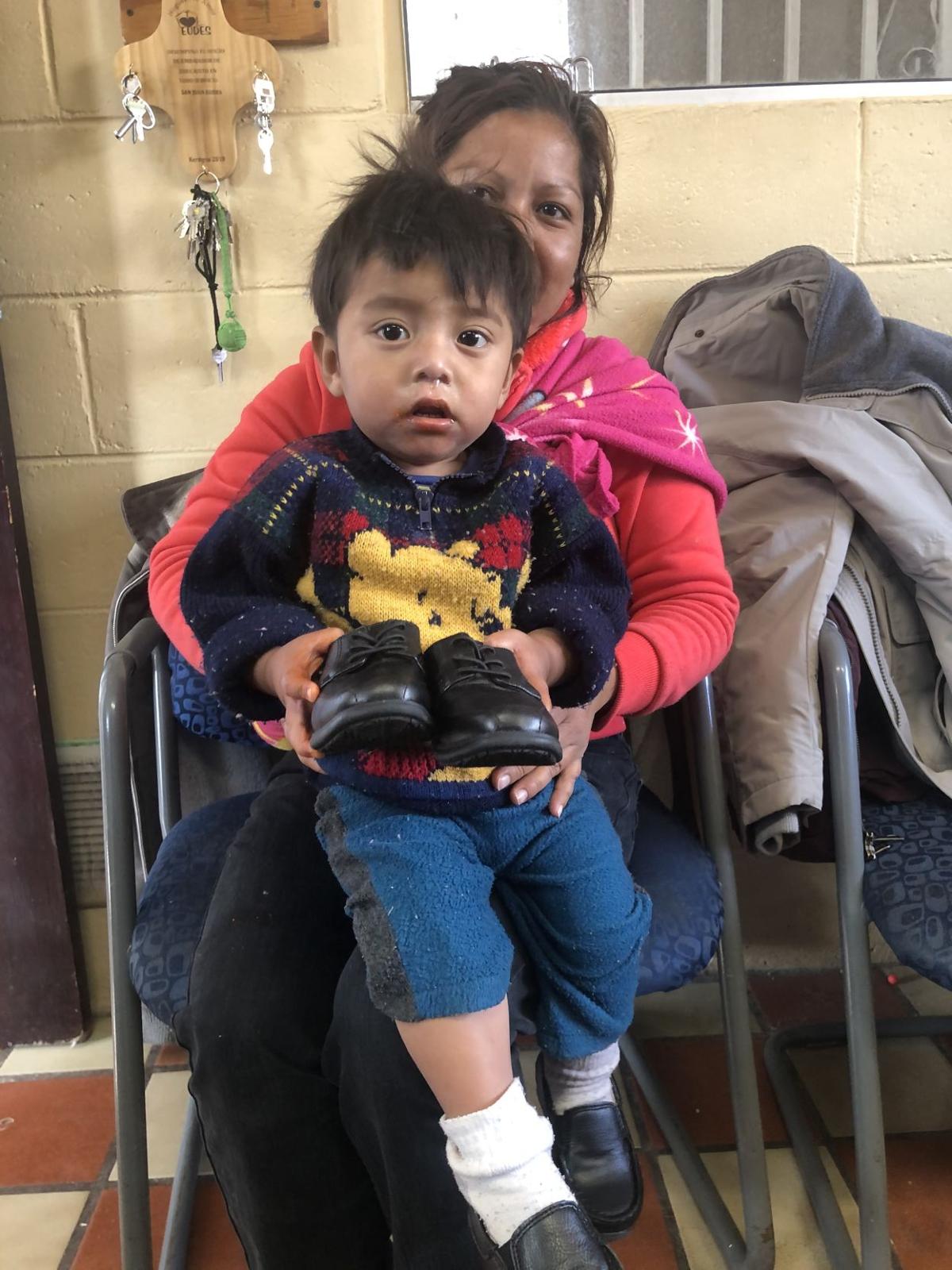 A boy from Honduras was one of dozens of migrants to receive new shoes at La Casa del Migrante in Juárez. 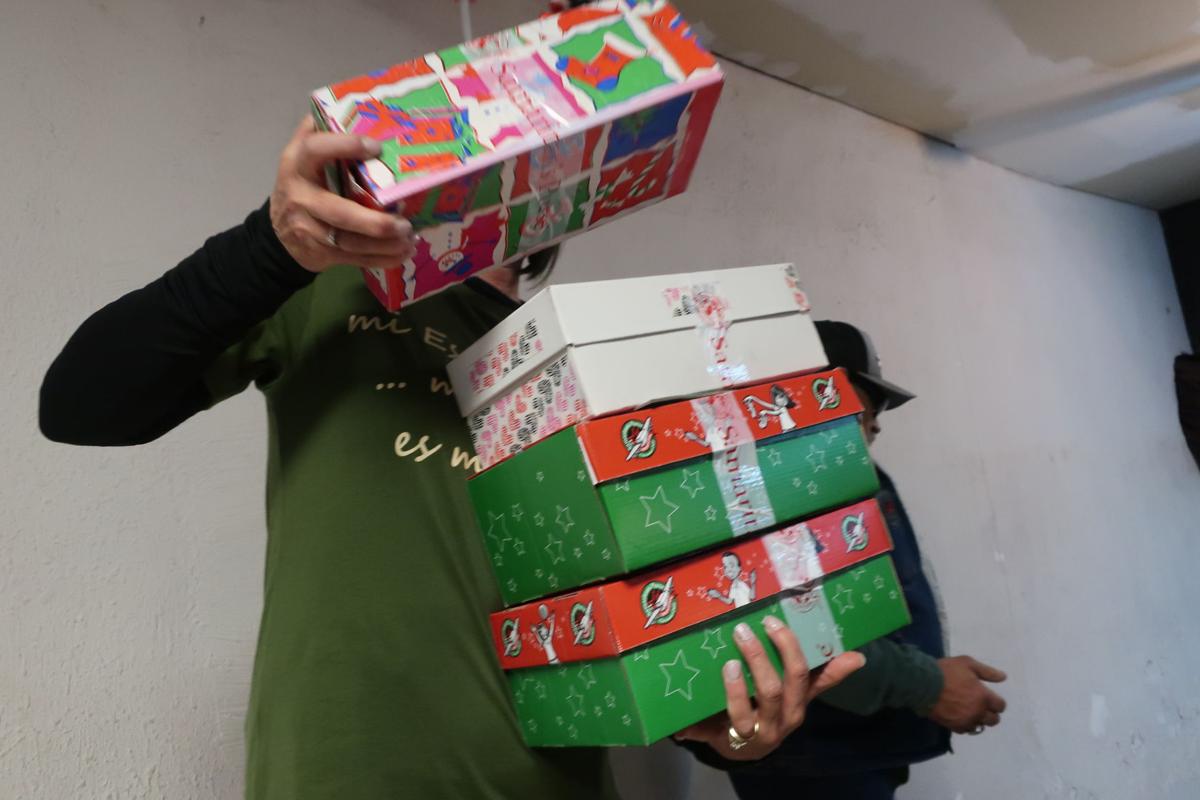 A boy from Honduras was one of dozens of migrants to receive new shoes at La Casa del Migrante in Juárez.

“You have a good heart,” a man standing behind me says in Spanish. It’s Friday, Jan. 10, and we’re at La Casa del Migrante in Juárez. Arrayed on the concrete in front of us are some 100 pairs of shoes. Dozens of migrants are standing in a big circle, waiting to pick shoes for themselves and their children.

His words make me think of the good hearts of those who made this possible: the many people in my hometown of Santa Fe, New Mexico, who provided the shoes and clothing.

That morning, 213 migrants were at La Casa waiting for their asylum hearings, none of which were scheduled until March. The vast majority had come some 2,000 miles from the much warmer Central American countries of Guatemala and Honduras, countries where the murder rate is more than five times higher than here in the U.S.

By the time they reached Juárez their clothing was in tatters and their shoes a wreck. The gratitude they expressed for the shoes and clothing was heart wrenching to me, especially knowing that every day the Trump administration makes the asylum process more dangerous and difficult.

Earlier we were in Palomas, Mexico, some 60 miles west of Juárez for the annual Christmas party of La Casa de Amor Para Niños, an orphanage established by immigration attorney Jim Noble and his wife, Pat, 20 years ago. About 300 residents of Palomas attended, enjoyed music played by nine talented young musicians from Ascención to the south, Frito pies and gifts.

The 12 volunteers from Santa Fe were joined by others from Durango, Colorado; Silver City and Las Cruces, New Mexico; Juárez, Mexico; and El Paso, Texas.

In addition to La Casa’s residential program for 12 young women, Pat Noble has raised scholarship funds for more than 100 children. Nine of them are now in college, fulfilling Pat and Jim’s belief that a high school degree isn’t sufficient.

One of these students is Miguel Angel Peredes. With Pat’s encouragement, I’ve sponsored him since 2014 but I had never met him. He is now 20 years old, going to college at the Instituto Superior de Nuevo Casas Grandes, south of Palomas, and studying computer engineering. It’s young people like him who will be the future of Mexico.

After distributing the shoes and clothing at La Casa del Migrante, I worked my way across Juárez to Anapra, the colonia on the west edge of the city. There I found a bright blue building where Operation Christmas Child was holding one of its distributions of Christmas gift boxes for local children.

Santa Fe businessmen and brothers, Carlos Garcia with Maestas and Ward Commercial Real Estate and Hector Garcia, owner of Aztec Upholstery, were both born in Juárez, have their own program there, Amigo Fiel, and are in charge of Operation Christmas Child for all of Mexico.

This involves putting together some 800,000 gift boxes in the U.S. and then having them distributed throughout Mexico. They themselves handle the distribution of these gift boxes at churches and community centers in the Juárez area. In this case, they were assisted by about 30 volunteers from the Flagstaff, Arizona, area. Most had never been to Juárez before.

Several hundred little kids came pouring into the building for music, clowns, food, laughter and, most important, the thrill of a Christmas gift. Most of the kids had parents or grandparents with them but the solemn little boy, Aldo, 7, and his sisters, Kenia, 5, and Sheri, 12, sitting next to me were alone. Where were their family members, I wondered? I thought of Anapra’s rutted, dirt streets, the dilapidated houses, the violence and a minimum wage of only $9.80 a day. I don’t ask questions and just make sure they get their gifts.

The migrant issue is a critical one, and my wife and I have been bringing food and clothing to La Casa del Migrante since 2018.

At the same time, it’s essential not to forget the human needs of those Mexican families who struggle to survive on the border. The leaders of La Casa de Amor para Niños, Amigo Fiel and Operation Christmas Child have been doing that for decades.

Thanks to them for bringing Christmas to the border.

Morgan Smith writes frequently on border issues and can be reached at morgan-smith@comcast.net.