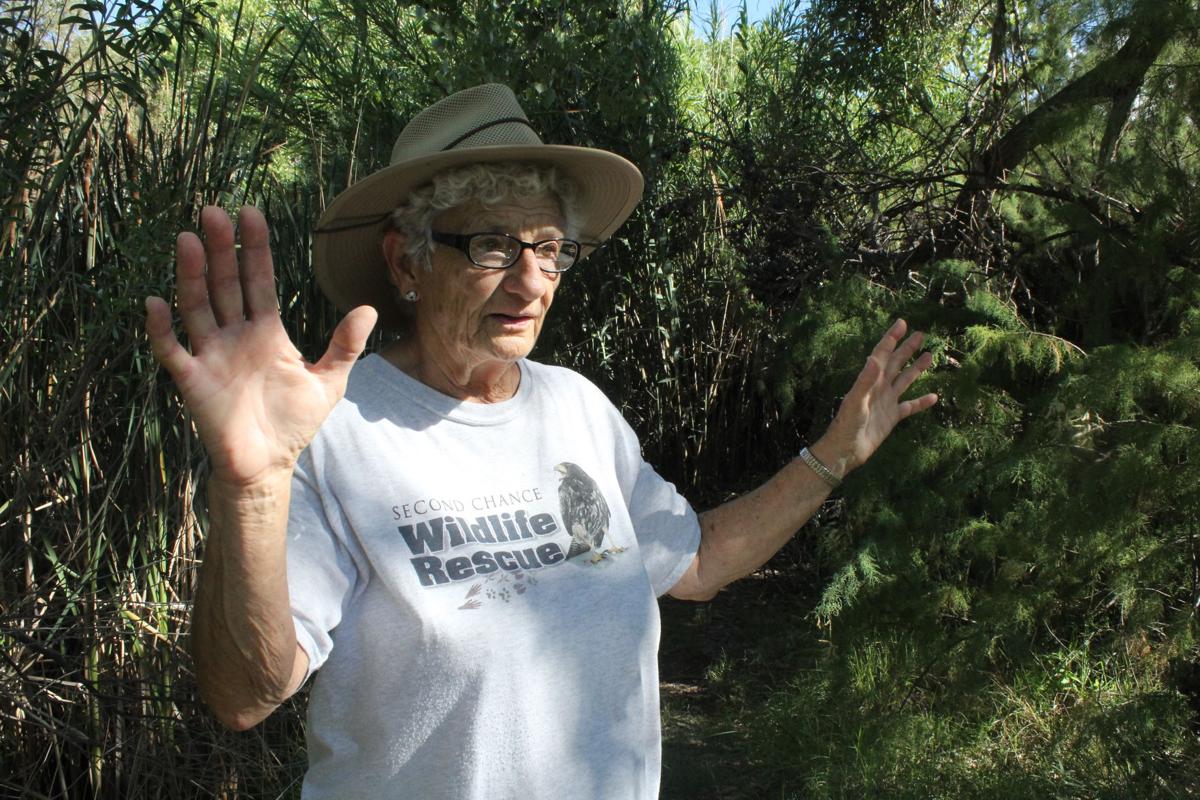 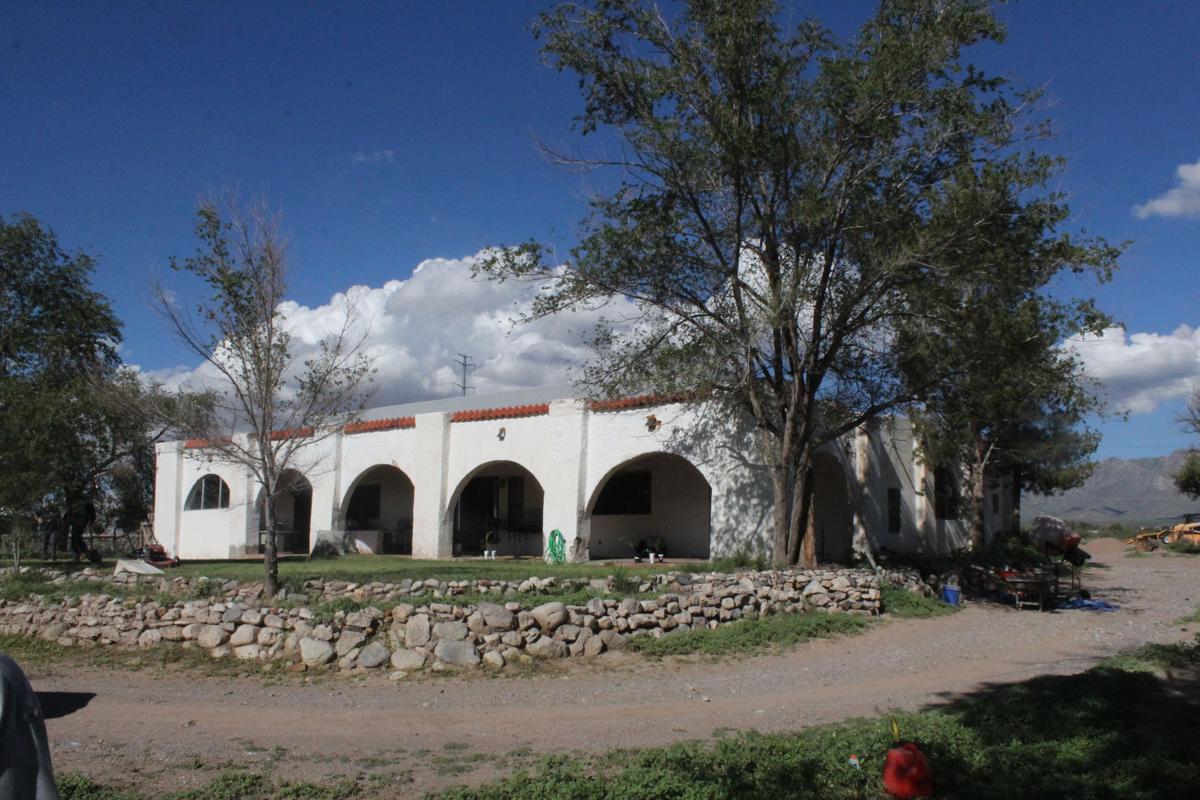 The property Second Chance acquired at 7800 Doniphan includes a 3,200-square-foot main house built in the 1900s.

The property Second Chance acquired at 7800 Doniphan includes a 3,200-square-foot main house built in the 1900s.

It’s already a little bit of paradise, a small wetland covered with trees and well-fed ponds. Now, Josie Karam and friends of Second Chance Wildlife Rescue are turning the seven-acre site into a wildlife refuge.

“It will be the first time in the history of El Paso that we will have a facility like this,” said Karam, who started Second Chance at her home 19 years ago as a refuge for sick and injured wildlife – birds and mammals.

The property Second Chance acquired at 7800 Doniphan in Vinton includes a 3,200-square-foot main house built in the 1900s, a 10-stall barn, a small house and a wooded area with ponds that’s a federally registered wetland.

Now permitted by Texas Parks and Wildlife and the U.S. Fish and Wildlife Service, Second Chance is the largest rehabilitation facility in West Texas and something El Paso has needed for decades, Karam said.

“The originators of Wildlife Rescue of El Paso probably go back 60 years and include people like Helen Bigelow and Cheater Bella and his wife, Carol,” she said. “They were some of the originators for what were always home-based facilities that are always so expensive to the owner.”

Karam and volunteers have worked for five months to turn the site into a rehabilitation facility. She intends to maintain the land as a natural preserve.

“We just took possession of this property April 1 and have accomplished a lot in just a few months,” she said. “It has taken tens of thousands of dollars to make this a rehab facility. We have to build flight cages and have built one so far. There’s a lot more to do.”

But they’re open for business, she said, and anyone who wants to bring in an injured wild bird or small mammal can do so between 7 a.m. and 7 p.m., though finding the driveway isn’t easy.

People can also call the Second Chance dispatcher at (915) 920-7867 with questions or for directions. Their website is SecondChanceWildlifeRescue.org.

The current residents are 18 injured and orphaned birds – doves, grackles and mockingbirds. They live in the first aviary of eight Karam wants to build.

They’re being nursed back to health or until they’re big enough to fly and fend for themselves by Marcia Wheatley Fulton, the official rehabilitator at the Doniphan site.

She was among the volunteers working there last week and at one point was reaching up in the aviary to feed a baby mockingbird with a dropper as a dove tried busily to perch on her head.

Meanwhile, another young dove sat on the wire roof outside pining away.

“We released him yesterday, and he wants back in for the free food,” Karam said.

The aviary has a large cage attached to an enclosed wood shed and together they provide a significant shelter for birds.

“It took us two months working totally with volunteers to do this,” Karam said. “All these birds were brought in by people who have found them injured in their yards.

“We also get babies that take us four weeks to raise, help them to fly and feed themselves. It’s very time consuming, but it is such a unique thing that we do that no one else in El Paso is trained or licensed to do.”

Karam has ambitious plans for an animal hospital that’s already started. She would also like to build holding spaces for mammals, six more small aviaries and turn a large, fenced arena into a very large raptor aviary.

“Now we take mammals and all birds except raptors,” Karam said. “We need some big benefactor to come in and say I’ll build you that aviary. That would be a godsend because we estimated the cost at $125,000 to $150,000.”

They also need about $7,000 to fix the windmill that would keep the ponds full without having to use the electric pump.

The refuge’s biggest financial supporter has been the El Paso Community Foundation.

“They’ve been wonderful to us,” Karam said. “We also have a lot of good, smaller supporters, and my brother, Ted, has been great and given us thousands of dollars.”

Lois Balin, an urban biologist with Texas Parks and Wildlife, said saving raptors is more important than most people realize.

“They’re very valuable because they eat lots of rodents and rabbits and keep those populations in check,” Balin said, adding that raptors are legally protected for that reason.

“Birds of prey are magnificent, good for the eco-system and for the soul,” she said.

Now, injured raptors found in the El Paso area are taken to El Paso Zoo, which stabilizes them and then ships them to the nearest raptor rehabilitator in the region, Silver City’s Gila Wildlife Rescue.

Balin said she agrees with Karam that it would save a lot of time, trouble and money if Second Chance could take those raptors and save them the trip to New Mexico. It would also keep those important birds in the El Paso area once they’re released.

Karam, who is 73 and still taking in birds and other animals at her home as she has for nearly 20 years, said she looks forward to retiring.

Balin said she’ll believe it when she sees it.

“She’s been threatening as long as I’ve known her,” she said. “She’s not going to retire.”