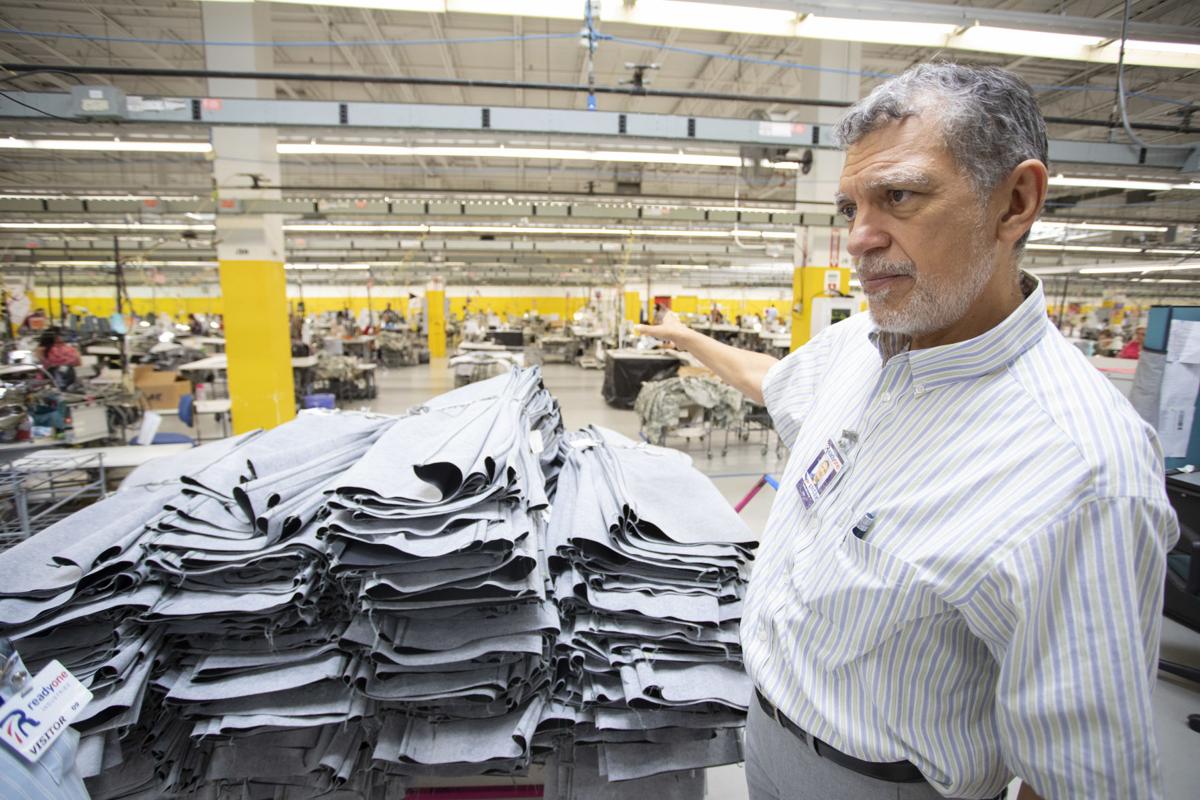 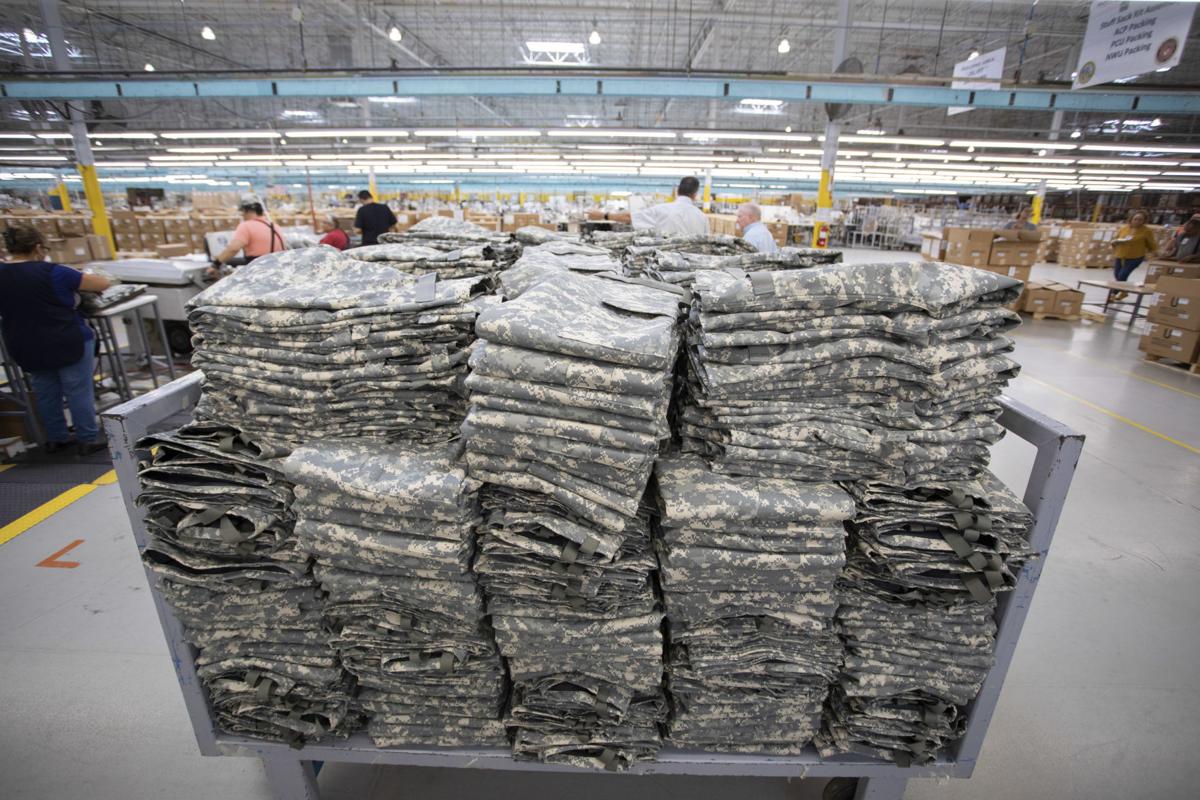 The CEO is implementing Lean manufacturing at ReadyOne

The CEO is implementing Lean manufacturing at ReadyOne

With 1,400 employees, many of them with severe disabilities, ReadyOne Industries is far smaller than it was in 2006 when it was at the center of a major scandal in El Paso that sent its CEO and at least four others to prison.

Known then as the National Center for the Employment of the Disabled, or NCED, the renamed company has a CEO, Luis Alvarez, who’s two years into the job.

He’s a quiet, easy-going man with a wealth of international manufacturing experience and some new ideas.

“When I came here, I wasn’t interested in the job,” he said in a recent interview. “I was enjoying my golf handicap, which was getting better.”

That is to say, he was retired.

“But they convinced me to come and visit,” he said. “I had never worked with the handicapped or sold to the government.

“But when I came here and saw the facility, I thought, ‘You don’t do it like this anymore.’ And I felt that unless somebody fixed this place up, it won’t be around five years from now.”

What he saw was a federally subsidized textile manufacturing operation primarily making military clothing that was not just years but decades behind the times – as well as the Chinese, the Vietnamese and others with state-of-the-art plants.

So, at 58, he took the job in 2017, becoming the chief executive of one of the region’s largest nonprofits.

Alvarez is from San Diego and speaks Spanish, which shows on the floor, where many of the workers speak little English.

“I traveled all over the world with that company, been to 53 countries and was in San Antonio half the year and overseas the other half.”

Most of ReadyOne’s 1,400 employees are part of a very old national effort to put the severely disabled to work. It was started under President Franklin Roosevelt in 1938 and came to be known as the Javits-Wagner-O’Day Program, or JWOD.

NCED started as a small workshop in 1977 and became the biggest and most lucrative operation in JWOD’s national network of 600 nonprofit corporations by the mid-2000s.

At its peak under CEO Robert “Bob” Jones, NCED employed about 4,000 workers. They made military uniforms, chemical warfare protective suits and boxes used for storing government records – all under no-bid federal contracts set aside for JWOD’s workforce.

Under JWOD rules that have seen little change, 75% of the labor that went into producing those goods had to be done by workers who qualified as severely disabled, mentally or physically, and effectively unemployable.

But at NCED, many were actually former garment workers displaced by NAFTA whose “disability” was their inability to speak English. That was just the beginning of the problems found at NCED.

The company had landed federal contracts totaling more than $800 million and Jones was having his way with the company’s money when NCED attracted the FBI’s attention in 2005, leading to a federal investigation that just got bigger and bigger.

In fairly quick order, NCED went from being the king on the hill among JWOD’s 600 nonprofits to the poster child for corruption.

Close to being shut down in 2006, NCED got new management, a new board and a name change, becoming ReadyOne Industries while the JWOD Program disappeared into AbilityOne.

In 2011, Jones was ordered to pay $68 million in restitution and to serve to 10 years in federal prison for his role in corrupting NCED, and was freed just last month from the Federal Medical Center in Fort Worth.

But that’s all ancient history at ReadyOne today.

It’s a significantly smaller company than before but remains El Paso’s largest clothing manufacturer with nonprofit and for-profit operations that Alvarez is working to modernize – and humanize.

“This company is turning around, and I think Luis is doing a terrific job,” said ReadyOne board member Adolpho Telles.

The company’s latest 990 tax return shows that total revenues doubled from $56 million in 2017 to $114 million last year and has grown its workforce by more than 250 employees.

Alvarez is pushing the manufacturing operations into the 21st century and trying to create a company culture in which disabled workers take pride in themselves, their work and ReadyOne.

He mingles easily, speaking Spanish with employees, many of whom are the same garment workers as before, but older now and with carefully documented mental and physical disabilities.

Alvarez is a professor of Lean manufacturing, the concept developed by Toyota in the 1990s that much if not most of the world has been adopting, but not so much in the U.S. because manufacturing has largely left the country.

“To me, the garment industry left the U.S. because of NAFTA, but then the new companies were setup the right way,” he said. “Here in the U.S., manufacturing was stuck in the 70s and 80s, and that’s where it stayed.”

Alvarez has seen Lean at work in Japan, Vietnam and Central America, and he sits on the board of a company in China that employs it.

He has injected Lean at ReadyOne to improve efficiency and, just as important, relationships.

“One of the biggest changes is how you treat people,” he said. “When I came on board, I asked management where value is created, and most of the executives went, ‘Well, I do. I’m the important person, blah, blah, blah.”

But in a Lean environment, he said, workers are seen as the ones creating value because they actually make the products people buy.

Before Lean came to ReadyOne, workers on the floor created individual pieces that were bundled and then they were paid by the bundle – the way manufacturing was always done.

“In a Lean environment, you never do that,” he said, “It’s the worst thing you can do. What’s best for the customer is how much the team finishes.

“So the mentality is changing from individual performance to team performance. It’s a huge change.”

Pay runs from minimum wage for low-skill positions to $12 an hour, with opportunities to make more for teams that improve their efficiency.

Teams that finish entire garments faster and better get their hourly wage plus bonuses and maybe lunch at a nice restaurant with Alvarez. But there are other activities aimed at keeping things friendly, like a softball tournament.

“Why this company never did that before I don’t know, but it’s part of the cultural change that we’re doing now.”

Robert E. “Bob” Jones, who was at the center of a sprawling scandal in El Paso more than a decade ago, was released from the Federal Medical C…