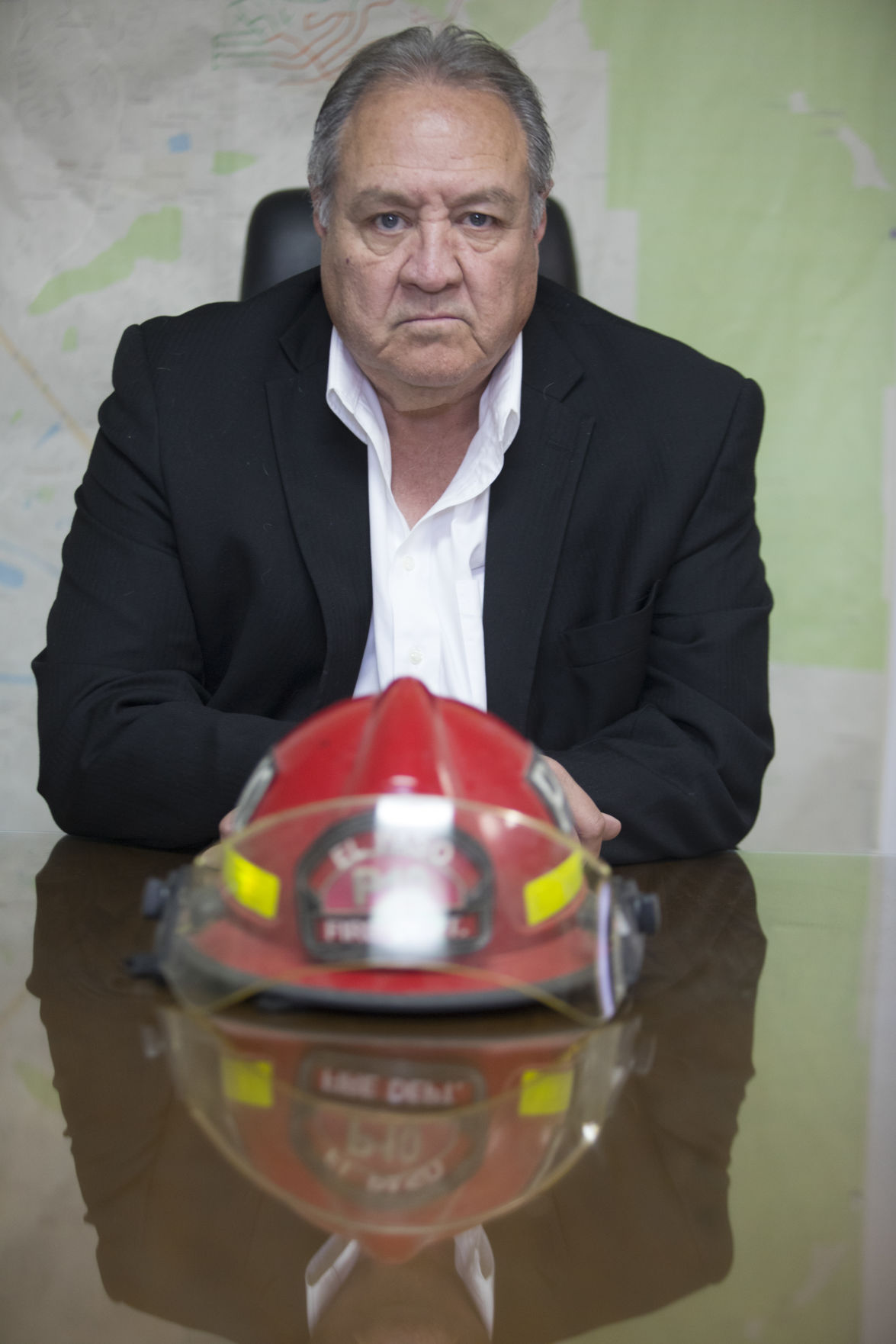 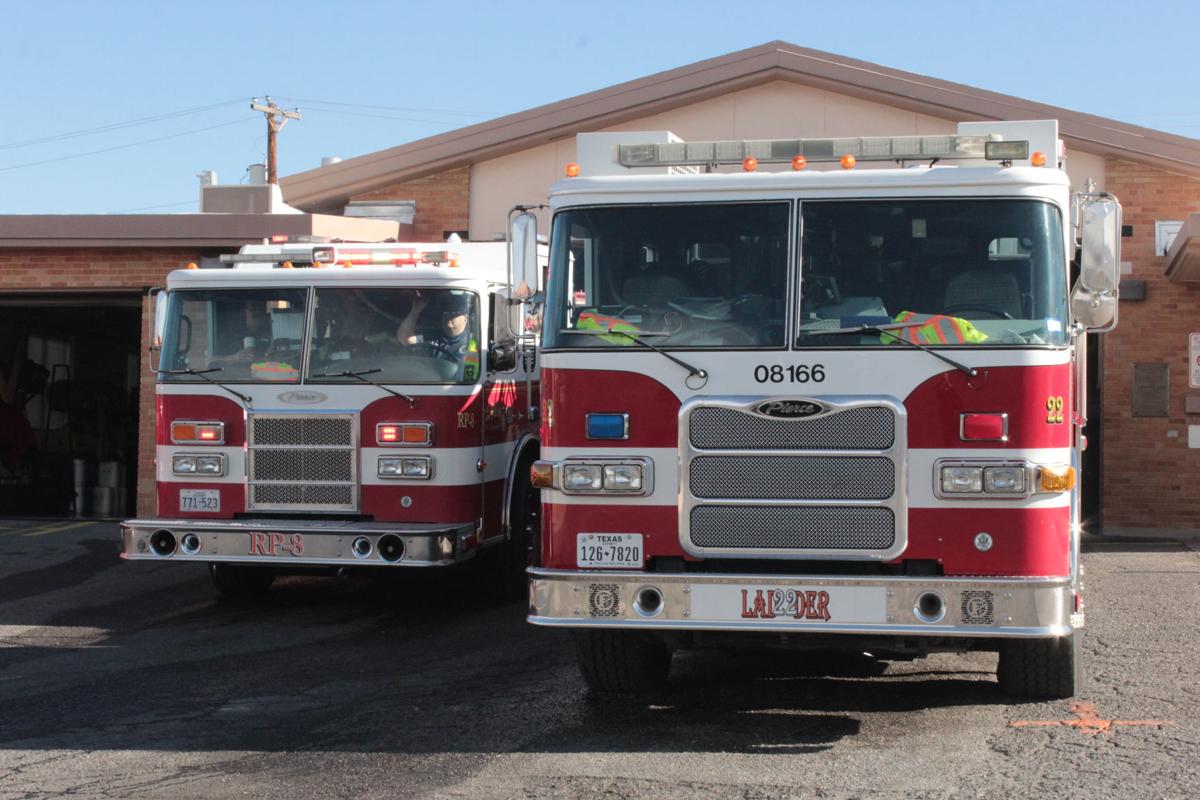 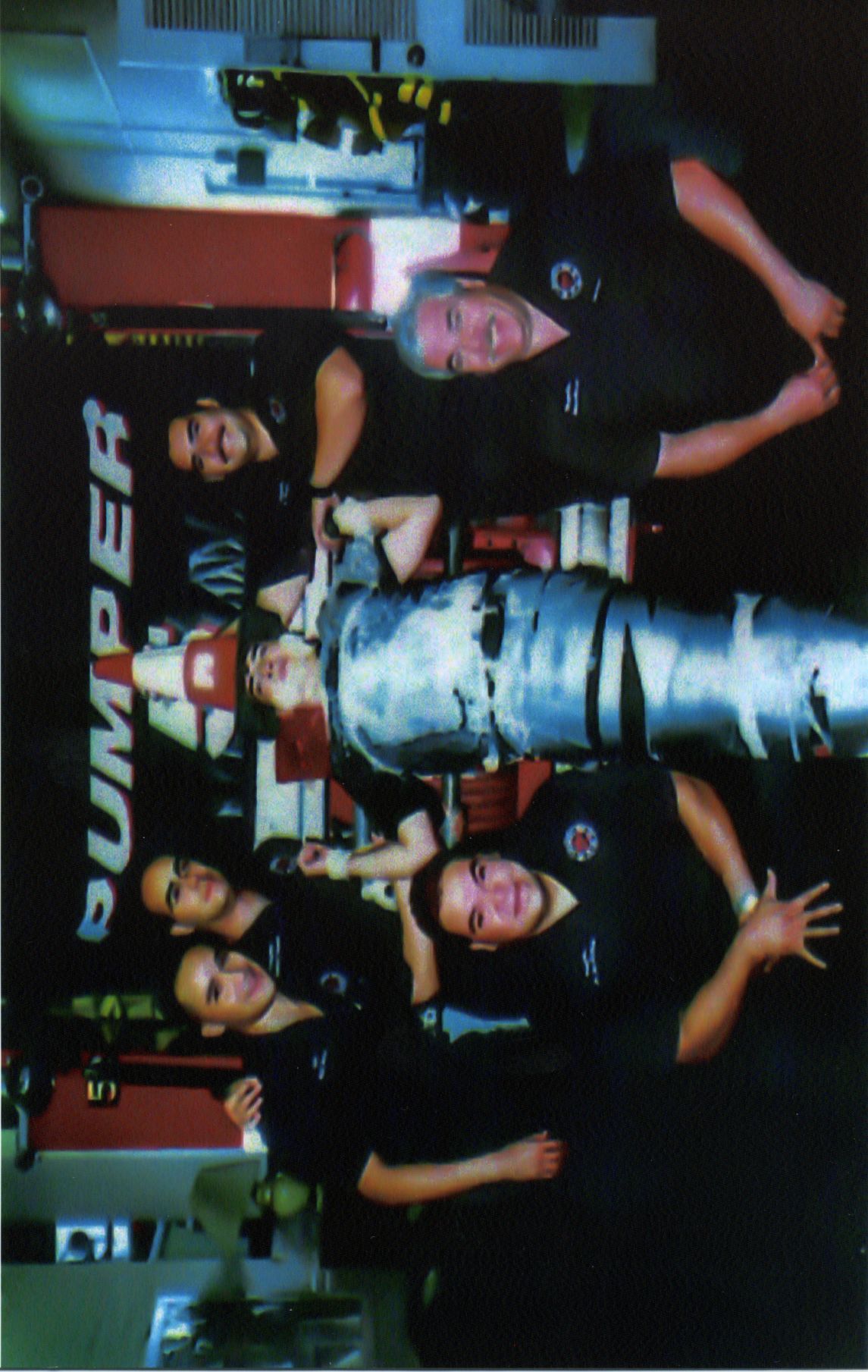 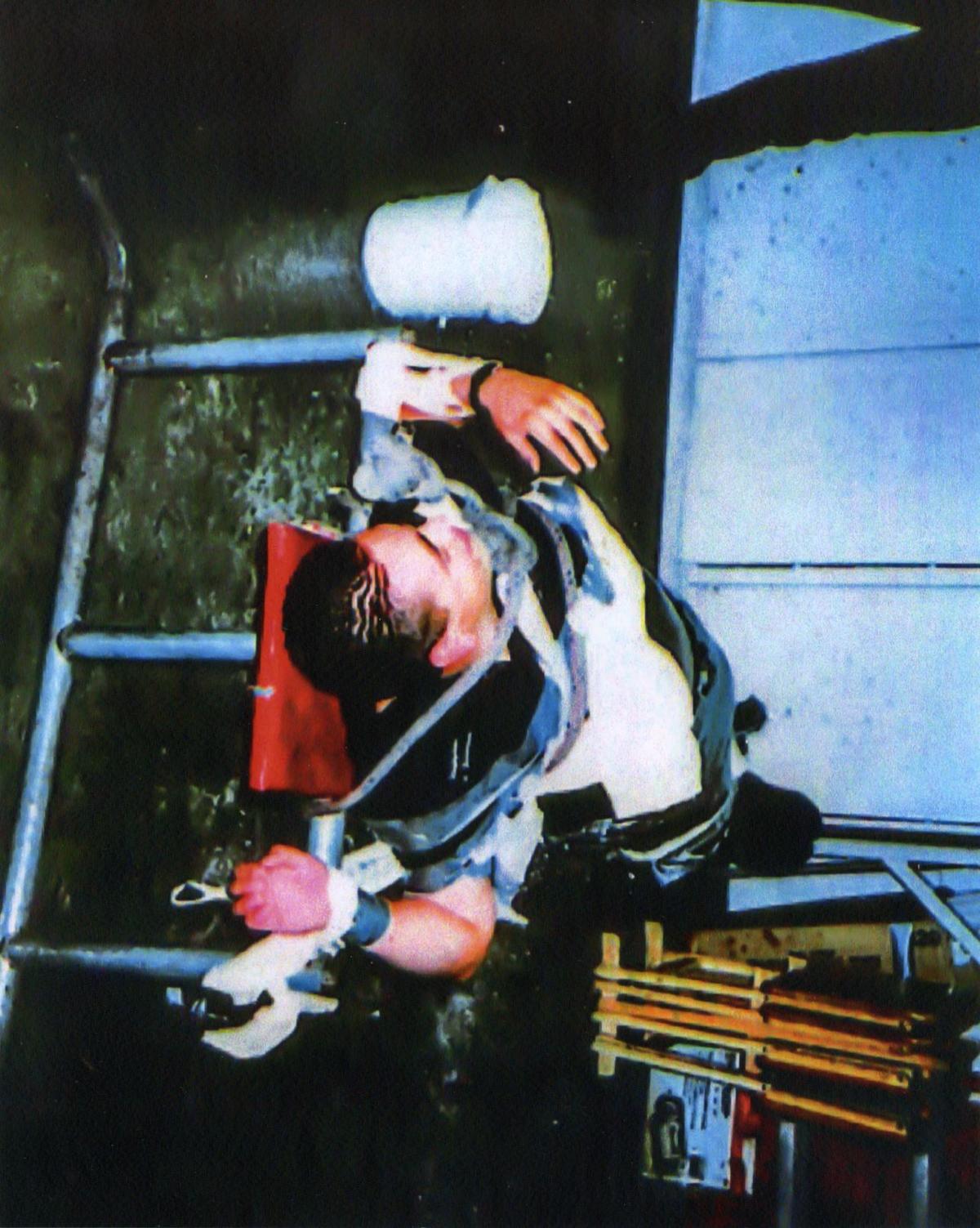 Elaborate and sometimes cruel forms of hazing were a common rite of passage for El Paso firefighters that strict new policies supposedly stopped years ago. But departments in other cities have found that those traditional practices can creep back into all-male fire stations where firefighters work and live together in 24-hour shifts.

Some retired El Paso firefighters are sure the worst of the old hazing practices died out years ago. So are the city’s fire chief and human resources director.

But one young firefighter who doesn’t want to be named told El Paso Inc. that one ritual that involves spray painting a firefighter’s genitals and then hoisting him up and parading him around the station still goes on.

Last August, two retired firefighters approached El Paso Inc. with their own accounts – and photographs – of what used to go on in the El Paso Fire Department.

The same day, one of them, Kendall Gutierrez, posted a message on Facebook that read, “Forgiving does not erase the past. A healed memory is not a deleted memory.”

Neither, however, has forgiven the El Paso Fire Department for what they say happened to them during their careers, and their memories are anything but healed.

Gutierrez, 60, and David Gonzalez, 62, are both on medication and under a psychiatrist’s care for diagnosed post-traumatic stress disorder and other mental health issues they say are linked to their experiences.

Gutierrez, who has shared his medical records with El Paso Inc., retired in 2014 and Gonzalez, in 2009.

They say their lingering trauma has less to do with their hazing experiences than what they experienced on-duty and the treatment they received – medical, disciplinary and from fellow firefighters.

Both say hazing was – and still is – part of a larger problem in a department where firefighters who have been injured or have difficulty coping with deaths and other traumatic events are badly treated, which magnifies their problems.

In their day, hazing was a big part of the job, and they both tell of several types of hazing that went on in fire stations.

In addition to genital painting, there was “cocooning,” which involves putting a firefighter on a backboard used to carry injured people and wrapping him tightly in duct tape from his feet to his shoulders.

Then, the immobilized firefighter is subjected to treatment that ranges from funny and maybe obscene to cruel.

“It’s a warning, and a rejection,” Gonzalez added.

“I spent about 20 years in the operations center working 24-hour shifts with the guys,” he said. “I spent time as a firefighter there. I spent my entire time as a lieutenant and as a captain on the line as well, and a couple of years as a chief on the line.

“I can tell you I never witnessed that,” he said. “I can tell you it’s not tolerated – horse-playing, sexual harassment, bullying – none of that is tolerated in the department or this city for that matter.”

Gutierrez produced two undated 8x10 color photographs that he’s had since about 2006 that he said show hazings in progress inside Fire Station 5, which has since been demolished.

One shows a cocooned firefighter tilted up with a traffic cone on his head and surrounded by five unidentified but smiling firefighters.

The second photo shows a water-soaked firefighter tied to an exercise bench with a towel on his stomach and a water bucket on the floor nearby. No one else is in the photo.

The two photos were put in his locker about 10 years before he retired, he said. He doesn’t know when they were taken or who the pictured firefighters are.

“When they painted me I decided I was going to start standing up for myself,” Gutierrez said. “I started filing grievances and learned the process. So guys would come to me for advice or drop off documents.”

City Manager Tommy Gonzalez declined to be interviewed for this story.

But the city’s director of human resources, Linda Thomas, said she had never heard of any such activities – even in several conversations with Gutierrez.

She was surprised to see the photographs.

“We never discussed those before,” Thomas said. “When we were conversing, there was nothing you could really put your finger on, but I did think it was important to talk to Kendall.”

She noted that the city policies prohibiting hazing, bullying and violence in the workplace have come during her tenure as HR director, which began in 2006.

She conceded that Gutierrez might have had a hand in those policies.

Around 2010, he took his complaints directly to Mayor John Cook, pressed him for action and appeared before City Council in October 2010 to speak for a proclamation designating Oct. 17 as “Freedom from Bullies Week.”

That proclamation read, in part, that “abusive work environments can create consequences for employers, including reduced productivity, absenteeism, turnover and employee health-related expenses.”

Gutierrez said his complaints to the mayor and the proclamation led directly to the June 15, 2011, creation of the city’s “Violence in the Workplace Policy.”

“It may have,” Thomas said. “The reason why I say this is because we have a proclamation. I say this because when issues are brought to our attention, what can we do?

Cook, who left office in 2013, described Gutierrez as a friend and remembers being contacted by him about problems in the Fire Department.

“I haven’t seen the pictures, but I do know that Kendall talked to me about the hazing he went through when they would paint people’s genitals and stuff like that,” Cook said.

He said he brought the issues to the attention of then City Manager Joyce Wilson and the fire chief at the time.

Cook said he also intervened with Wilson on Gutierrez’s behalf when she moved to fire him for violating the city’s chain of command by going to the mayor.

“I went to Ms. Wilson and said this guy has been through the mill. I said, if he calls upon me to testify, I’m going to do it, so you might you might reconsider whether or not they’re going to terminate the guy,” Cook said.

Gutierrez, Cook said, didn’t have a very good reputation among firefighters and the department’s leadership.

“Some like him and some can’t stand him because he’s sort of a maverick.”

In addition to Gutierrez and Gonzalez, El Paso Inc. interviewed seven retired firefighters who confirmed the hazing practices went on in their day, but most saw them as harmless rites of passage.

One was Joel Ramos, who retired from the department after 25 years on the job because of a serious motorcycle accident.

In his early days with the department, hazing was an everyday thing, though he never saw or heard of anyone being waterboarded, he said.

“I worked at a station that was known as one of the animal houses, and it was brutal,” Ramos said. “Talk about sexual harassment. I was sexually harassed 15 times a shift if not more and I gave it back.

“That was just the culture then. It wasn’t anything malicious. It was a rite of passage to get painted. They told us about that in academy. That’ll teach ‘em to straighten up and fly right.”

He described the hazing as a disciplinary tool in an all-male “high-testosterone” setting.

“I got painted at three different stations, and the whole time I’m laughing my ass off, you know.”

Ramos said he thought hazings ended around 1990 after one particular event that he took part in himself involving a young firefighter named Mark Smith.

“We spray painted the backs of his legs all the way up and whatever,” Ramos said. “He didn’t say a word, just pulled his pants and finished his shift.

“But when he went home and his wife saw that, she blew a gasket.”

According to Ramos, she took her complaint to the fire chief, who issued a new general order.

“Painting was strictly prohibited – that and any other hazing,” Ramos said.

Ramos emphasized that he always loved the El Paso Fire Department and didn’t want his words used to smear it or firefighters.

“Is the Fire Department perfect? Not by a long shot,” he said. “But it afforded me more opportunities than I would have had.”