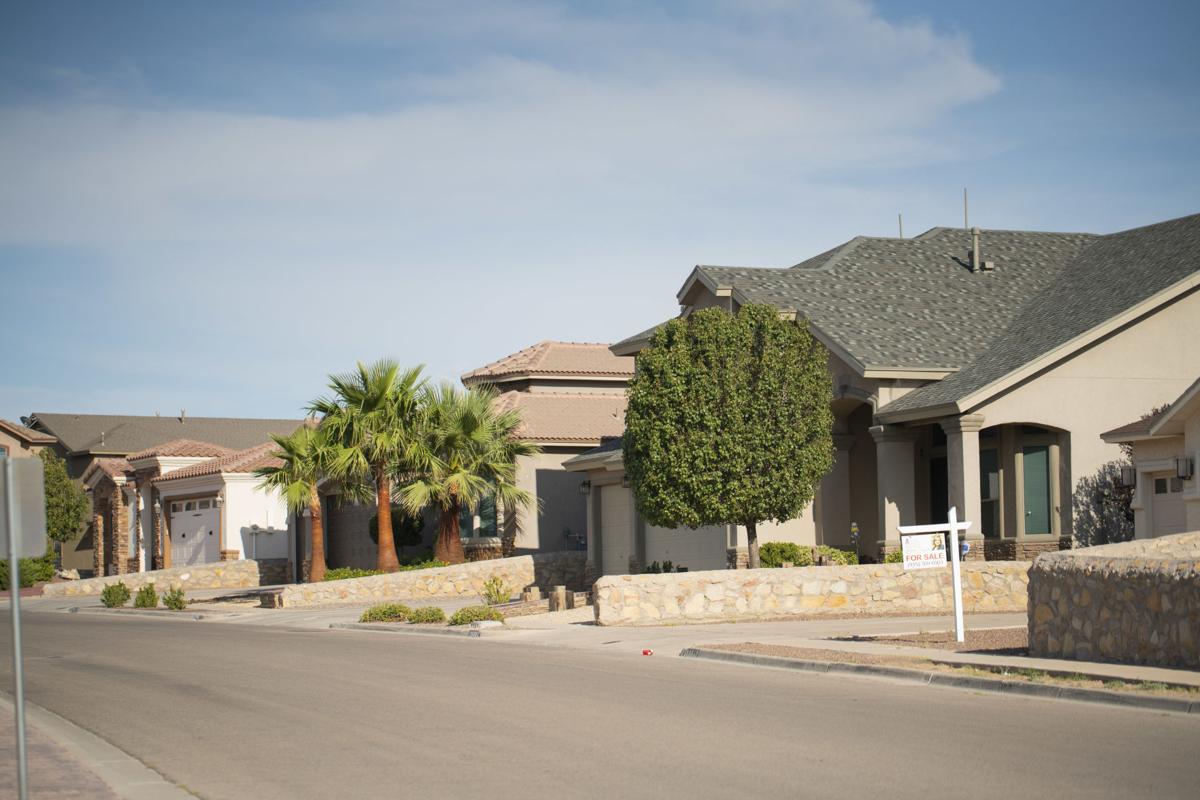 The price of homes like these in the Paseo del Este municipal utility district average $270,107, contributing to the higher values outside El Paso.

The price of homes like these in the Paseo del Este municipal utility district average $270,107, contributing to the higher values outside El Paso.

This year’s commercial and industrial property valuations of $11.4 billion actually fell $184 million below last year, catching the city and probably other taxing jurisdictions by surprise.

In addition, new valuations of multifamily properties came in at $2.1 billion, which is $31 million or 1.4% less than last year.

“In over a decade, I’ve never seen commercial values go down,” said Robert Cortinas, the city’s chief financial officer. “Historically, on the commercial side, we’ll see a 2.8% increase.

“That’s happened every year I’ve been with the city. It just doesn’t make sense.”

As a percentage, the loss in industrial and commercial values isn’t large, just 1.6%. That’s the equivalent of 920 new homes valued at $200,000 suddenly disappearing from the tax roll.

The revenue loss would come to just $155,230 at the city’s tax rate of 83.4 cents per $100 valuation. But the city wasn’t expecting losses in property valuations, particularly not in the very areas it’s worked hard to improve – business and industry.

“When I got the certified values Wednesday, I was very, very shocked at what I saw,” Cortinas said. “The surprising thing is there was a lot of growth.

“We had almost $254 million in new construction in commercial – a 3.5% increase. But it’s on existing commercial property where we saw the decrease.”

Cortinas has asked the Central Appraisal District to provide the entire tax roll so the city can analyze it to see exactly where the decreases occurred.

“They’re telling me they’ve reached agreements on values with a lot of the large properties – refineries, hospitals and El Paso Electric.

“They’ve come to agreements on those values, so that’s not what’s impacting this.”

Cities usually look for an overall appreciation in property values to help cover growing budgets, but El Paso will have to look elsewhere because the city’s 2019 tax base only increased 1.4%.

The city’s $35.2 billion tax base grew by $479 million, making the $576 million increase in home values look like a bright spot because of the steep decreases in commercial, industrial and apartment properties.

More than 30 taxing jurisdictions in El Paso County use the certified property values that the Central Appraisal District, or CAD, is required to produce on or before July 25 to set their property tax rates for the coming fiscal year.

Homeowners elsewhere in Texas have howled loudly enough this year about large, sometimes double-digit increases in their property valuations to persuade state legislators to impose a 3.5% cap on tax increases without voter approval.

El Paso has never seen those kinds of increases on residential values.

Countywide, taxable values on single-family homes rose 4.2% or $1.03 billion to $25.3 billion. The higher increase is largely due to the new homes that went up outside El Paso.

“We’re seeing a lot more of an increase in construction in the outlying school districts,” said David Stone, the CAD’s deputy chief appraiser.

Driven largely by new home construction that added $395 million to the county’s $43 billion tax base, valuations for new and existing homes increased by $1 billion countywide, or 4.3%, this year.