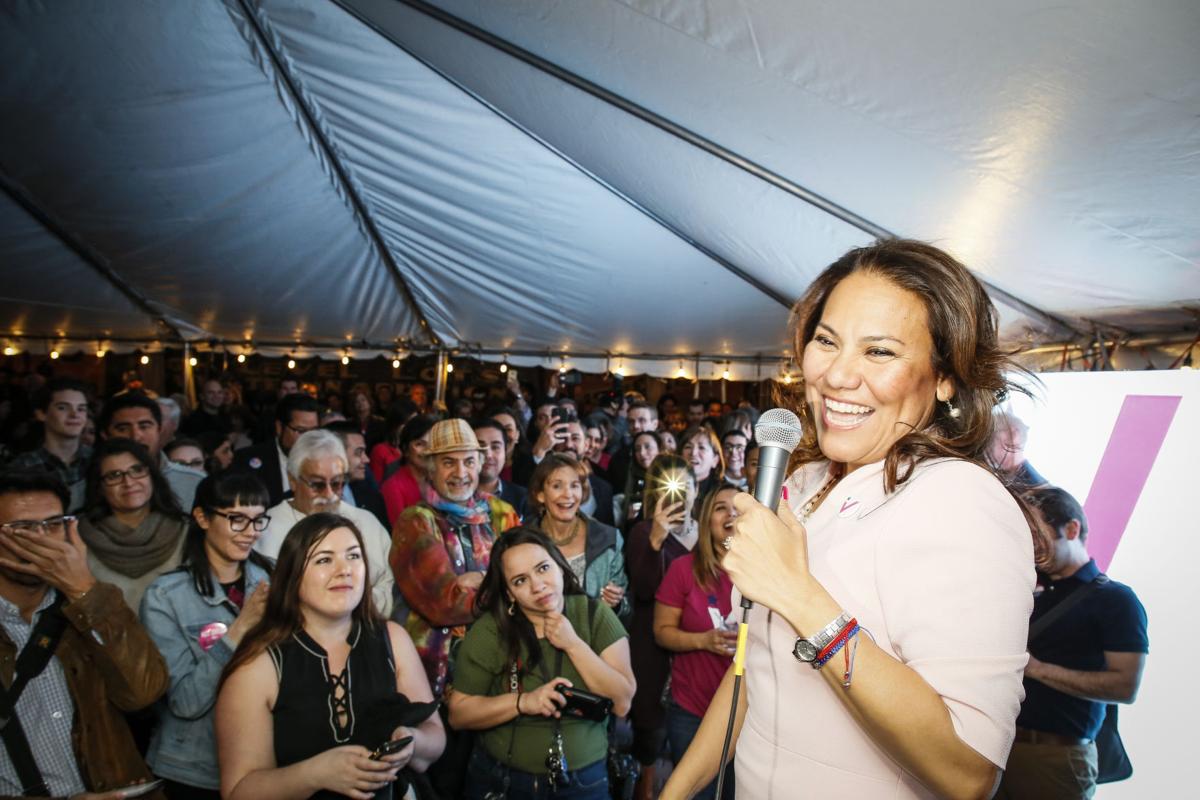 Veronica Escobar celebrates her victory at Park Tavern in Downtown. 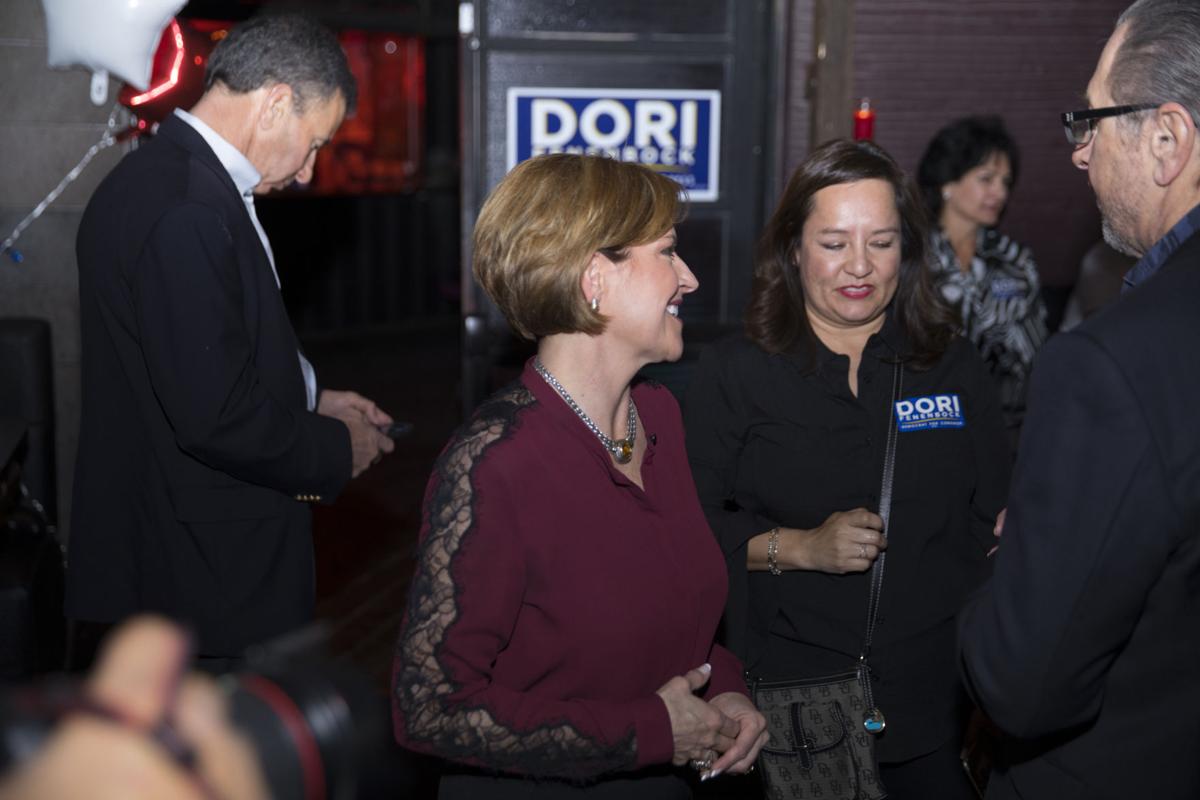 Dori Fenenbock greets supporters at her watch party at Cantina Malolam on the Westside. 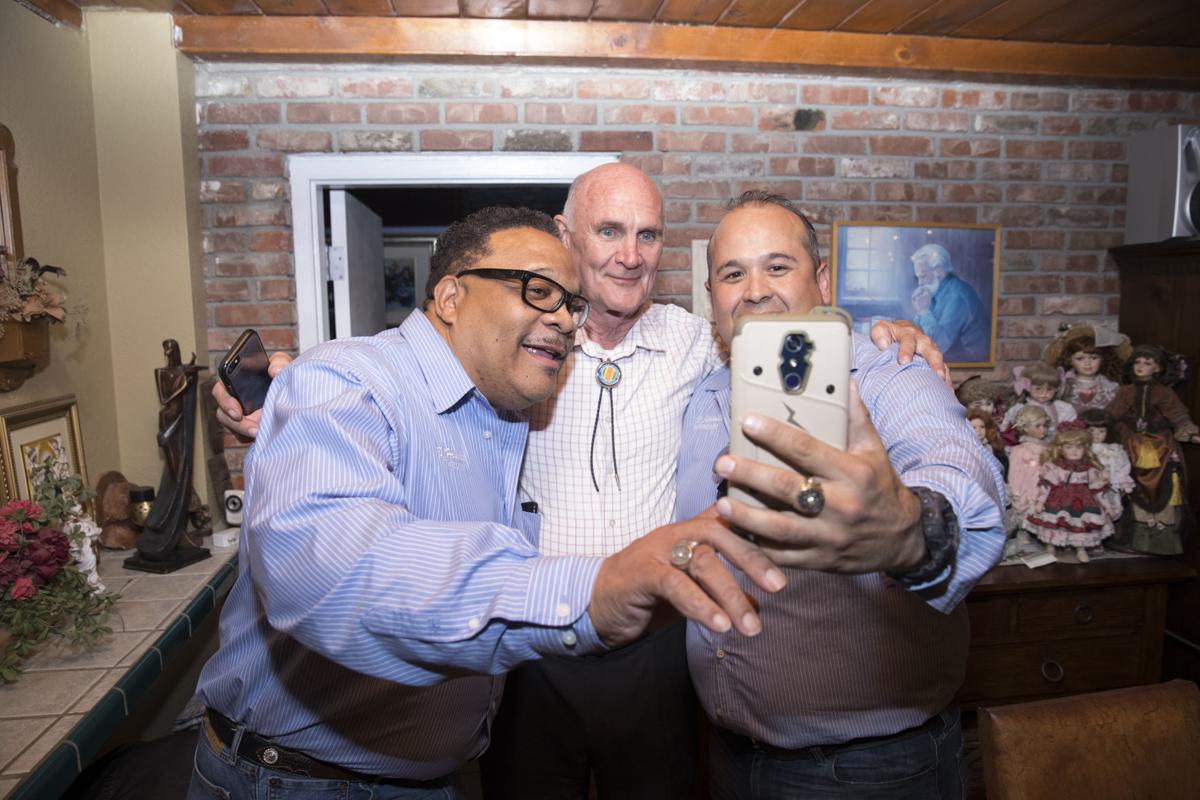 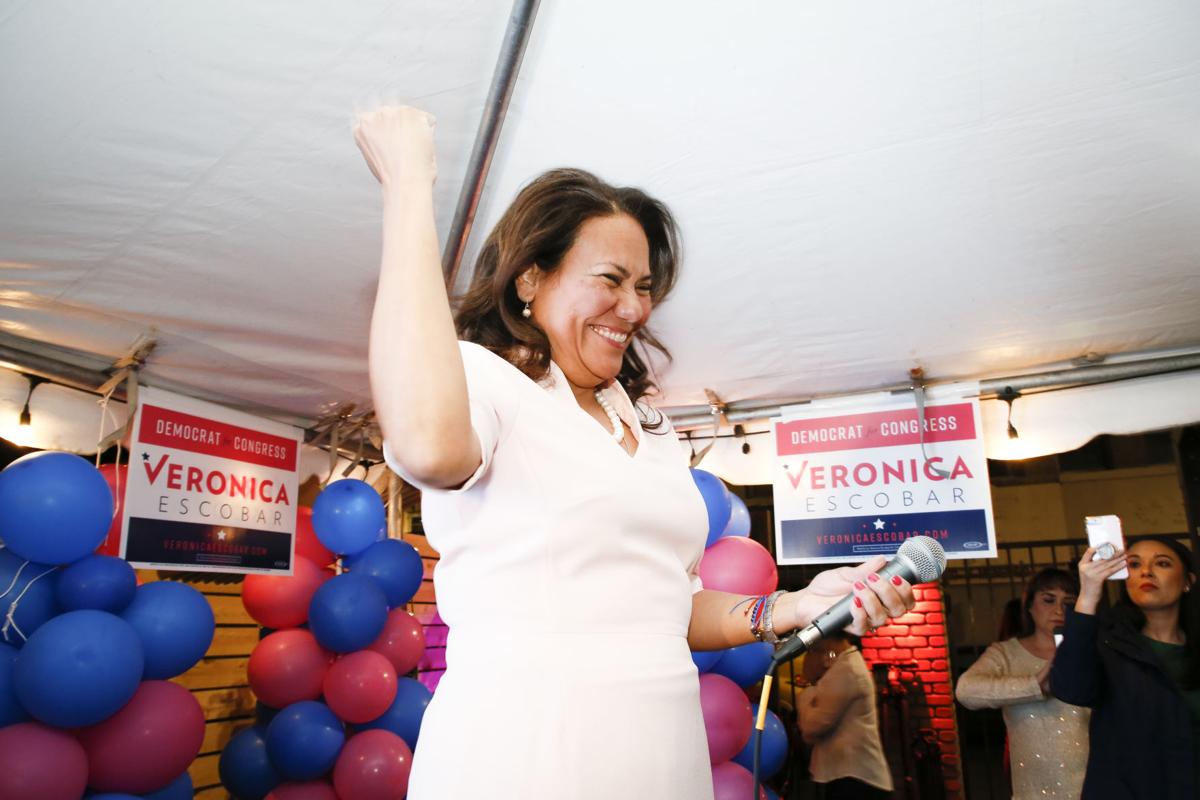 Veronica Escobar celebrates her election victory at her watch party at Park Tavern in Downtown.

Veronica Escobar celebrates her victory at Park Tavern in Downtown.

Dori Fenenbock greets supporters at her watch party at Cantina Malolam on the Westside.

Veronica Escobar celebrates her election victory at her watch party at Park Tavern in Downtown.

The primary election last Tuesday secured the Democratic nominations of two of El Paso’s best-known politicians for national office and virtually ensured that El Paso will send its first woman to Congress.

More than 15 percent of the county’s 439,722 registered voters cast ballots. That’s a good turnout for an El Paso primary but doesn’t compare to the 2016 presidential election when 218,890 people voted, or 52 percent of those registered.

Former El Paso County Judge Veronica Escobar coasted to an easy win with 61 percent of the votes. That will likely send her to Washington next year after a hard-fought and sometimes ugly race against former school board president Dori Fenenbock.

She’ll face Republican Rick Seeberger in the Nov. 6 general election, and the expected win would mean Texas will be sending its first two Latinas to Congress. Like Escobar, Houston’s Democratic nominee, Sylvia Garcia, comes from a heavily Democratic district and was endorsed by the district’s outgoing representative.

Congressman Beto O’Rourke enjoyed a commanding 62 percent win in the statewide Senate primary, but it is raising questions about his chances of defeating Republican Sen. Ted Cruz come November.

If battling President Donald Trump to the bitter end for the Republican presidential nomination in 2016 did nothing else for the first-term senator, it made Cruz a household name across the country – and 254 Texas counties.

Coming from the state’s most far-flung big city, El Paso, the bilingual O’Rourke campaigned virtually full time for months and raised almost $9 million in individual contributions, becoming a political celebrity in the process.

Despite that and his big win, an unknown candidate, Sema Hernandez, who spent almost nothing on her campaign, beat O’Rourke badly in 21 heavily Hispanic South Texas counties.

But O’Rourke says he has five months of campaigning to reach Texas voters.

“The most votes in a Democratic senatorial midterm primary in over 30 years is a good sign for our state and our country,” he said. “While we received nearly 40 percent more votes than the second place finisher, we will continue going everywhere and talking to everyone in this state.

“That strategy of driving to every part of Texas to hear from our fellow Americans in more than 225 counties instead of spending early on TV ads and using the old playbook is how we’ve gone from being unknown statewide to being the party’s nominee.”

So, he’ll stick with grassroots campaigning. Escobar said she’s ready to work for him.

“Personally, I am ready to block walk, raise money and make sure El Paso has a place in the senate with Beto O’Rourke,” she said.

Escobar soundly defeated her five Democratic opponents, including the well-known former state Rep. Norma Chavez, who many thought would pull enough votes to force Escobar into a head-to-head runoff with Fenenbock.

“In some respects, it was like defeating six because of the super PAC,” she said, referring to the political action committee that hit her hard. “It’s a testament to the incredible work by so many volunteers who dedicated themselves to winning the race.”

Not far away, at Montecillo’s Cantina Malolam, the results showing Escobar with 61 percent of the early votes – the same as the final tally – hushed the waiting Fenenbock crowd, which included her family.

“Dori is devoted to the people of this town, I can tell you that,” said her father, Don Lane, a retired district judge who lives in Tulsa, Oklahoma. “And she is a straightforward honest gal. I’m very proud of her.”

An hour later, Fenenbock was ready to talk to the news media.

“Running for office is far more difficult than it should be, and I’ve given everything I have to this race,” she said. “I hope that people are inspired to aim high and believe.

“The people in this room stood with me and had the courage to stand with the underdog and believe that anything is possible.”

“If we’re ever going to make the change that we hope we’re going to make in Washington, we have to get out of the cycle of choosing the next likely politician that’s in line,” she said, apparently referring to Escobar’s endorsement by O’Rourke.

One of those at her election watch party was lawyer Andy Krafsur, who thought O’Rourke’s TV endorsement ads for Escobar that aired frequently in the last week had a big impact.

“Dori had a major climb anyway, and then when Beto put his thumb on the scale, that was really the end,” Krafsur said. “Beto carried the county, and anyone who voted for Beto was supporting Veronica.”

Fenenbock also said the barrage of Escobar TV ads financed by liberal PAC’s in the weeks before the election were influential.

While her ads were upbeat, PAC ads barraged Escobar’s record and family on TV, the internet and by mail over rising county taxes, the financial condition of El Paso Children’s Hospital and other issues.

“I am really proud of El Paso for not falling prey to the misinformation and the deliberate distortions that plagued the campaign over and over again,” Escobar said on election night.

In the El Paso County government elections, former El Paso mayor and county judge candidate John Cook came close to an outright win with 23,903 votes or 47 percent of the total.

He will face political newcomer Ricardo Samaniego in the May runoff. Samaniego received 15,269 votes in that race and the third candidate, attorney Laura Enriquez, 11,540 votes.

The May 17 runoffs will settle six El Paso County elections, including the Democratic nomination race for the District 23 U.S. representative between Gina Ortiz Jones and Judy Canales, and the race to take the 243rd District judgeship between Selena Solis and incumbent Judge Luis Aguilar.

Aguilar, who faces disciplinary action, attempted to withdraw from the race but was too late to keep his name off the ballot.

Also in the runoffs are three justice of the peace elections and the race for County Court at Law No. 5.