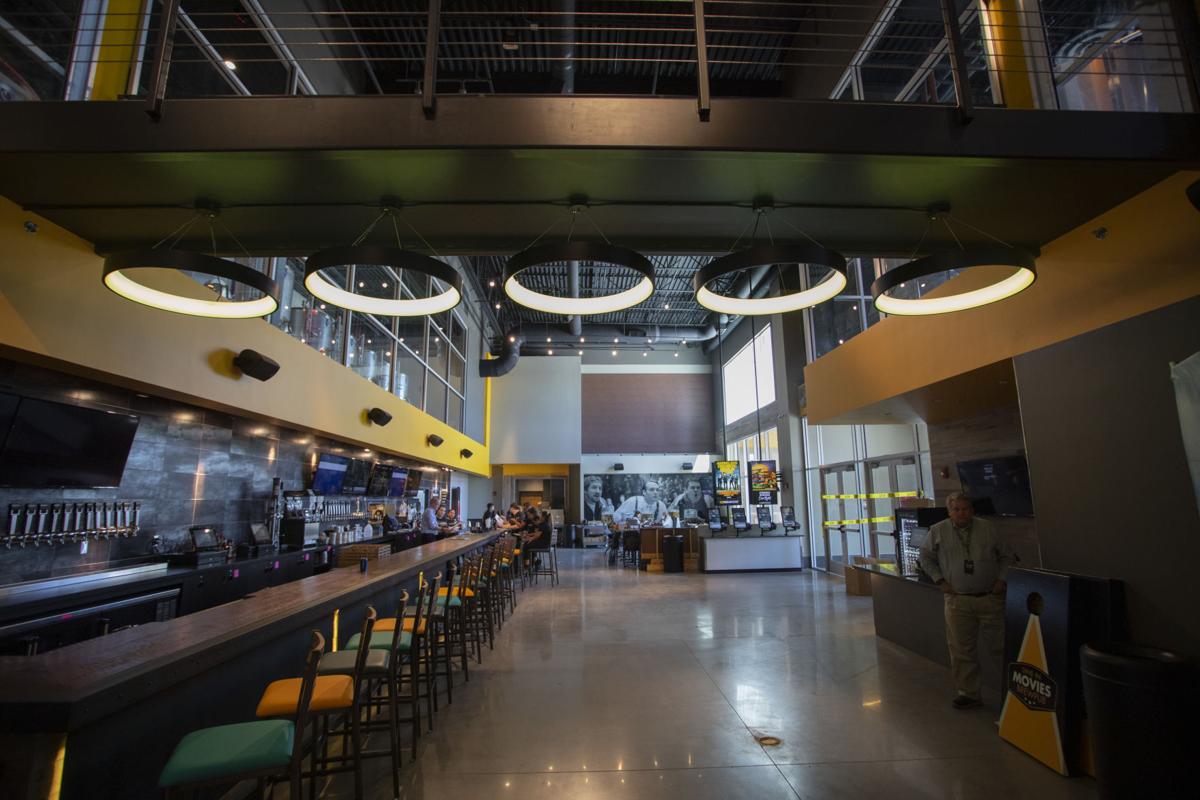 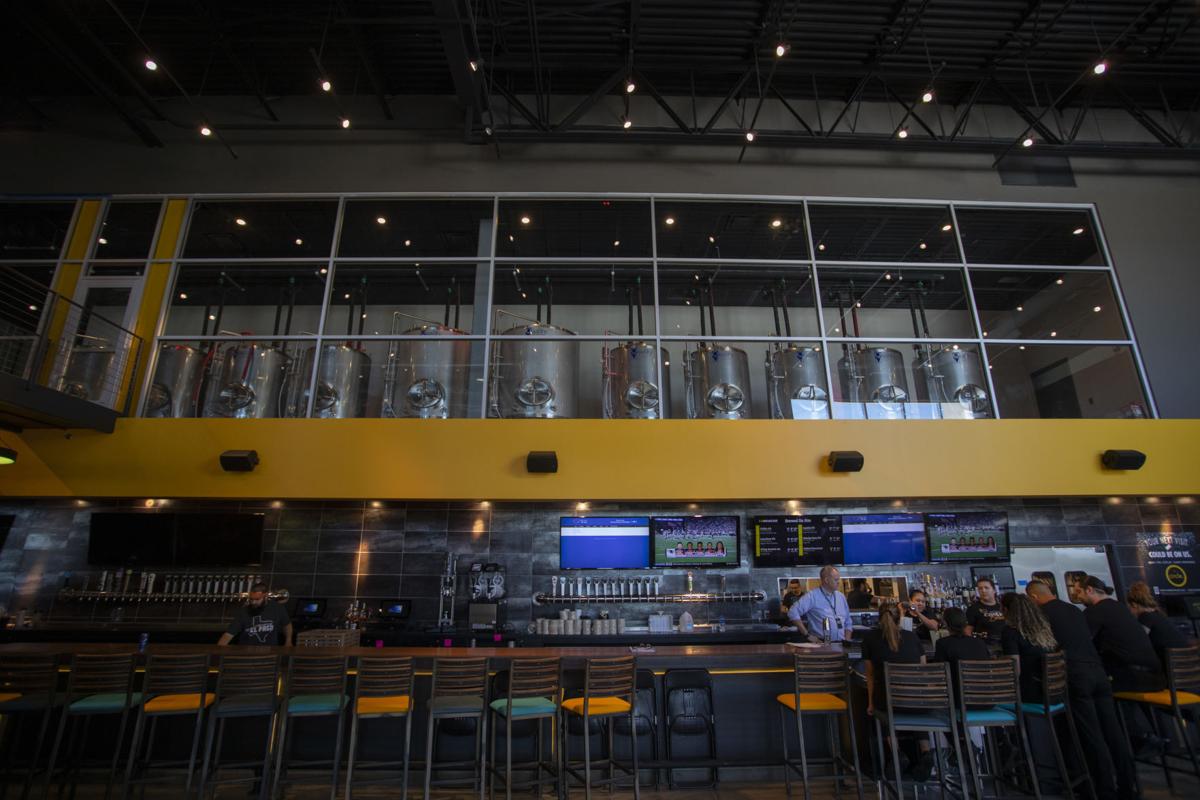 Flix Brewhouse has in-house brewery above the bar. 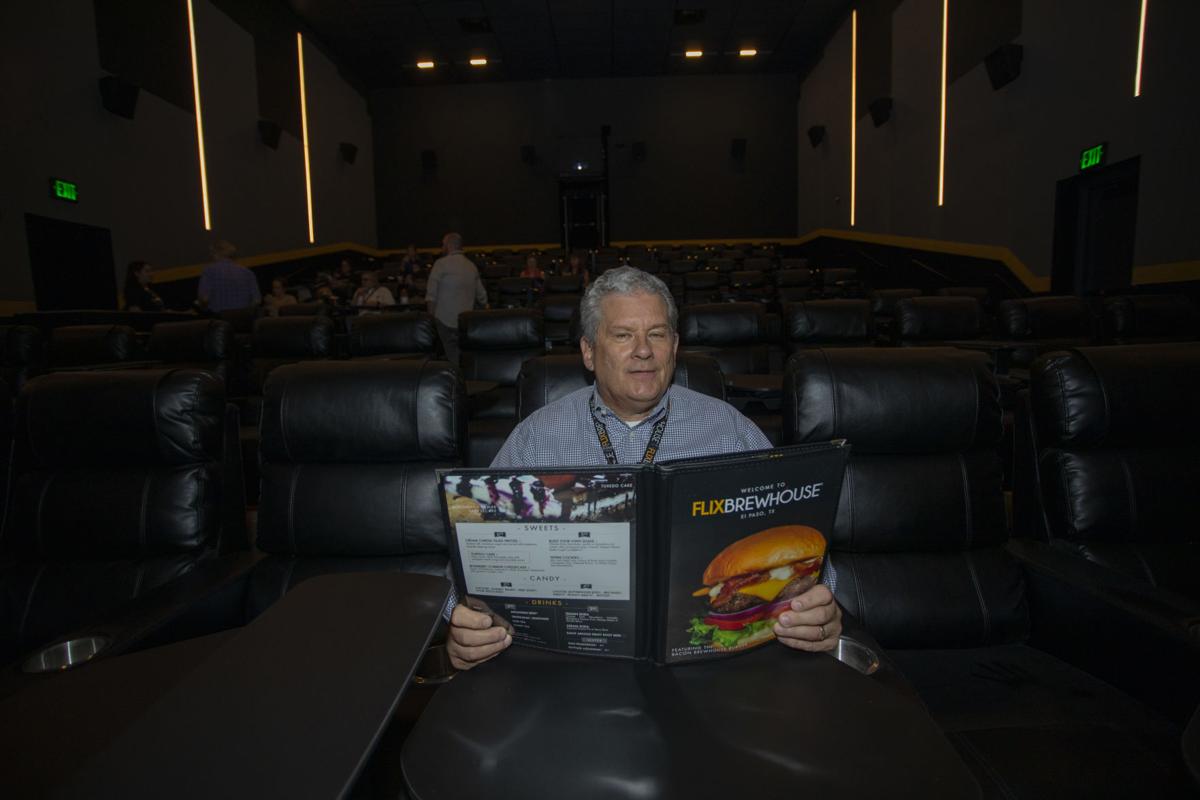 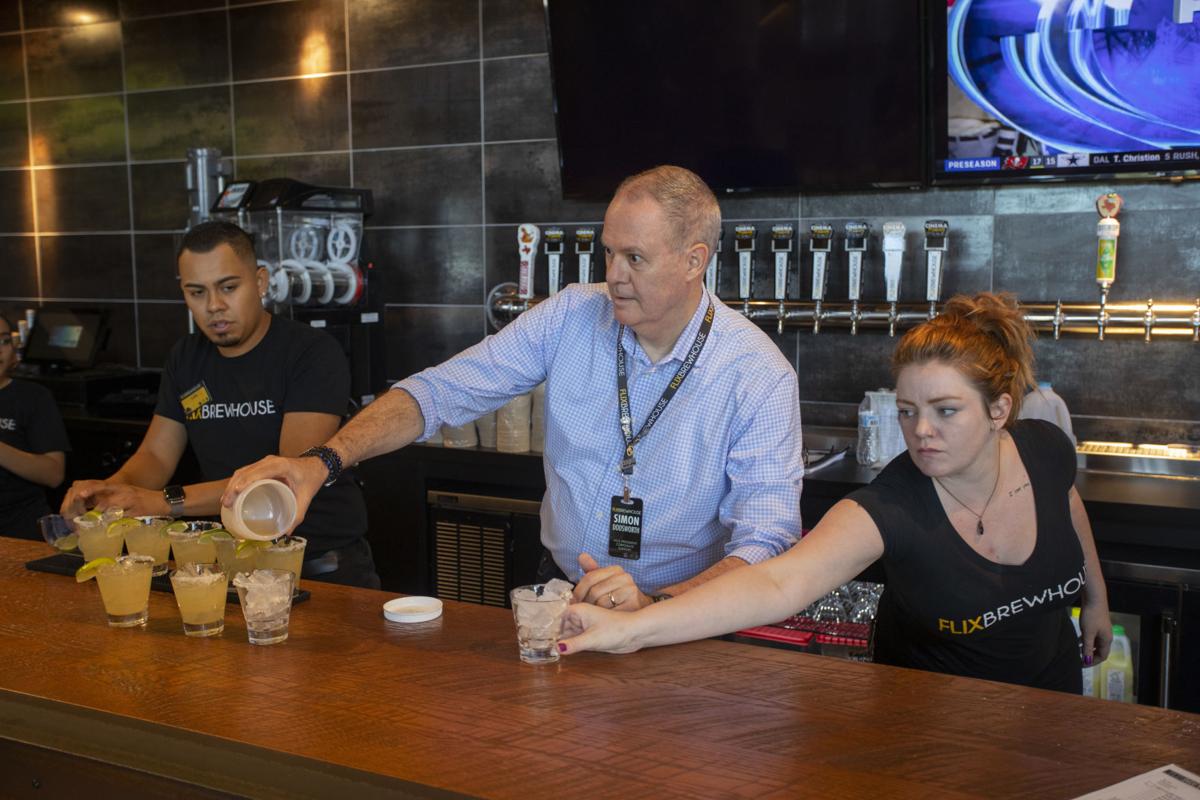 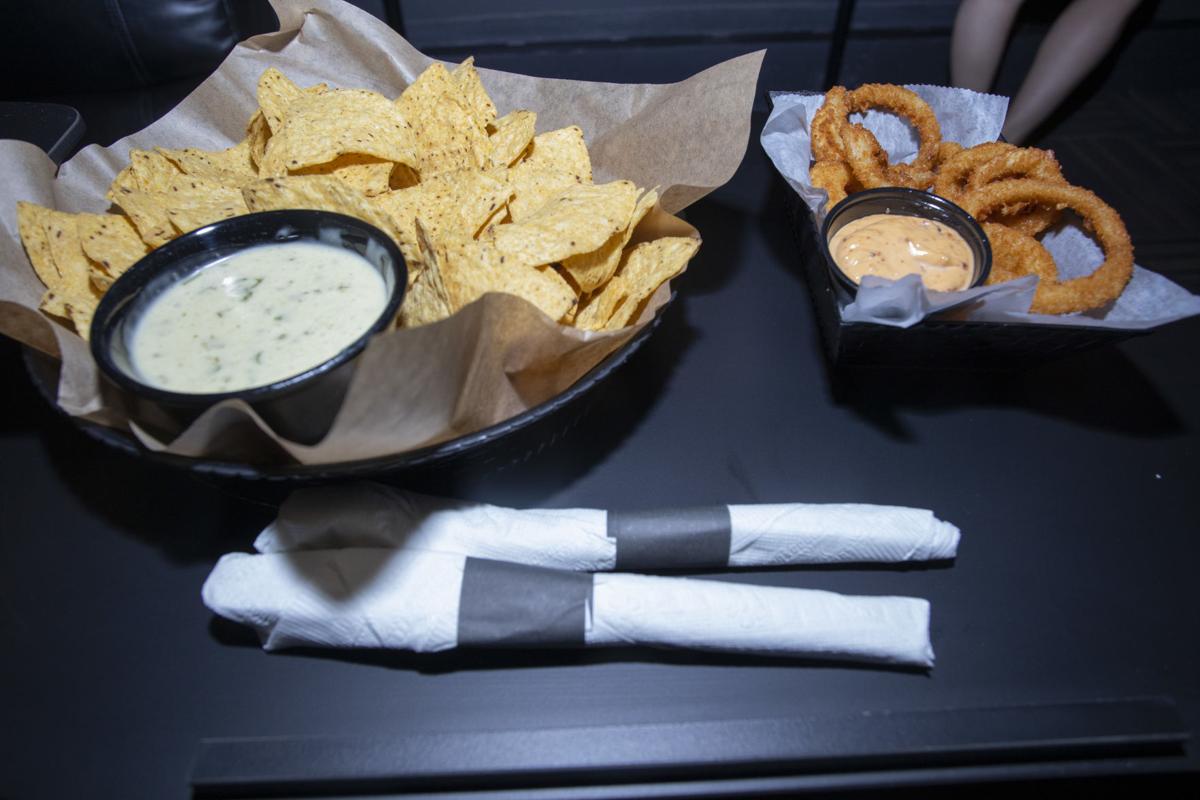 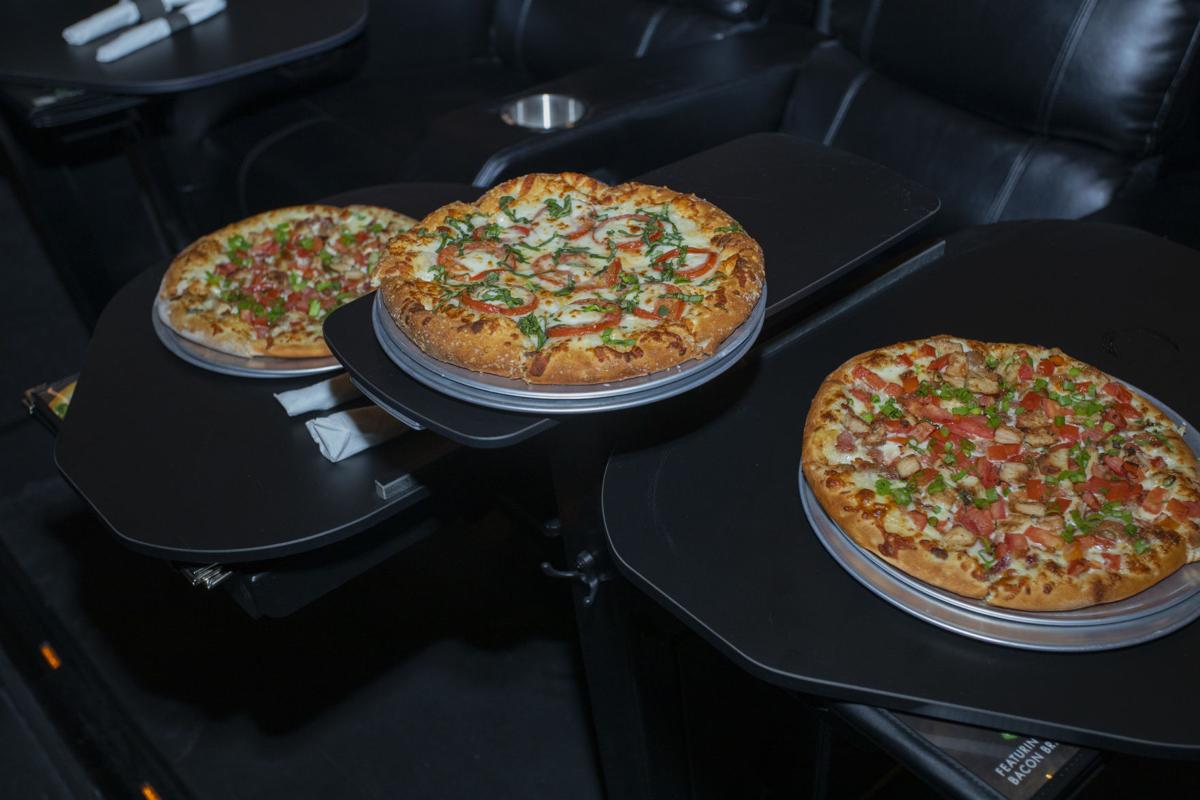 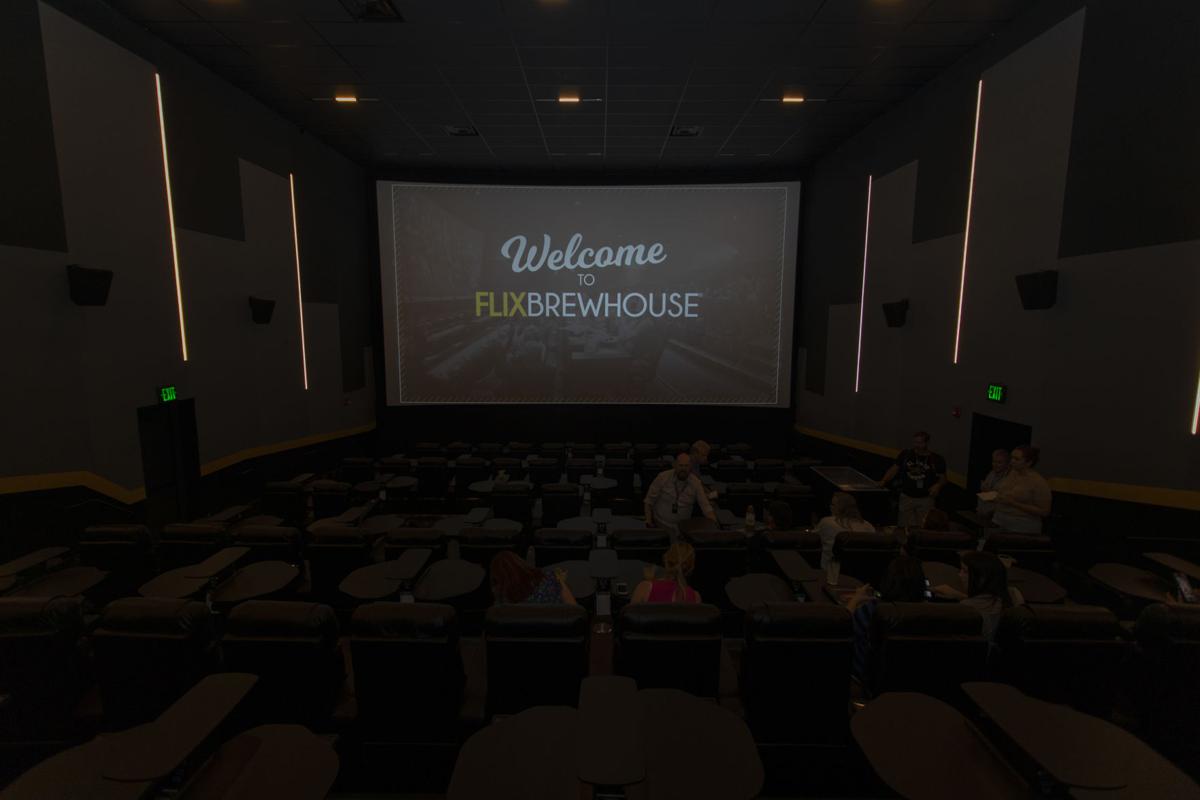 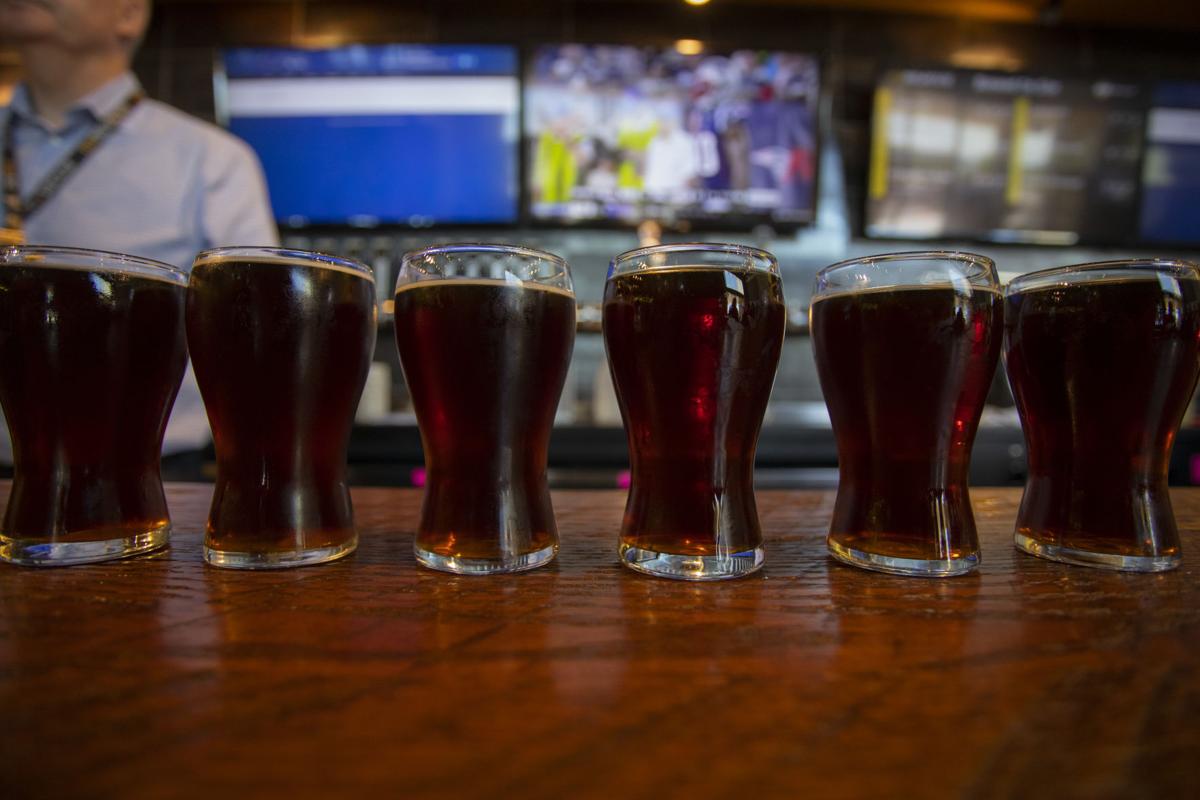 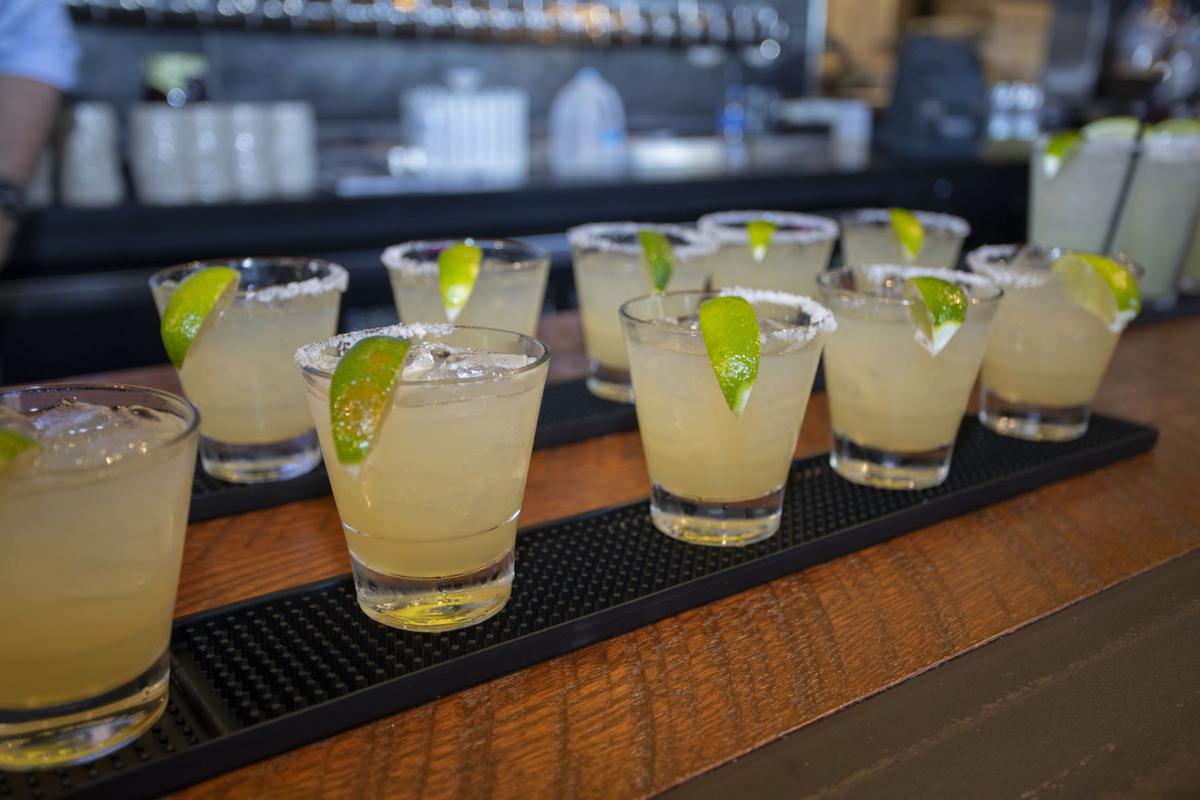 Flix Brewhouse has in-house brewery above the bar.

El Paso’s first Flix Brewhouse, a theater chain that combines a movie theater with a microbrewery, is ready to open on Sept. 5.

On Friday, company executives held a special sneak peek event at the theater, which is next to the Cabela’s outdoor recreation store at West Towne Marketplace.

The Central Texas-based movie chain not only offers food and more than 24 draft beer choices, but also a microbrewery with six standard recipes and a few regional mixes. The El Paso microbrewery will brew about 1,000 barrels of beer per year, with each barrel holding about 31.5 gallons.

Allan Reagan, CEO of Flix Brewhouse, said he was impressed by the El Paso workforce. The nine-screen theater will employ about 100 people during its soft opening, which could be bumped up to 175 during the holidays.

“The talent here is twice as good and four times as deep,” Reagan said.

Greg Johnson, director of sales and marketing for Flix Brewhouse, said the chain has had its eyes on El Paso for a while and that things finally aligned for them to open here.

“We love this culture. We think it’s a really cool, hip, vibrant town that’s growing and has a good family feel to it,” Johnson said. “It’s a fun town.”

Flix Brewhouse opened its first location in Round Rock, outside Austin, in 2011. The El Paso theater is the company’s 10th location.

Dine-in movie theaters are relatively new to El Paso, even though they’ve existed in other markets for a while. Another Texas-based chain, Alamo Drafthouse Cinema, will open its second El Paso movie theater next year.

Shopping center developers are increasingly using events and entertainment to drive consumers to malls – a trend that has shaken the El Paso retail market since the Fountains at Farah lifestyle shopping center opened in 2013 on the Eastside with a stage for events, lawns, splash pads, restaurants and winter outdoor skating rink.

Dave and Busters opened its first El Paso location in April 2016 at Bassett Place. Alamo Drafthouse opened in Montecillo in May 2016 followed by Topgolf and iFly.

“Everyone is looking for a way to make their entertainment dollars meaningful to them,” Johnson said. “We provide unique, different experiences that are approachable and can save a little time by not having to drive all over.”

Flix brews all its own beers in-house at each theater. Selections range from an easy-drinking IPA to a golden ale. Johnson said his personal favorite is the Nebulus IPA, a 6.2% ABV India Pale Ale with citrus and tropical flavors.

In addition to its house brews, the theater will also offer selections from El Paso’s local breweries. Among the regional beers will be an El Paso Strong brew with $2 per pint going toward the Aug. 3 mass shooting victims fund.

Johnson said the head brewer at the El Paso Flix Brewhouse is Scott Plachetki, who relocated to the region from the Flix theater in Chandler, Arizona.

“Our local brewer here will also be brewing local beers that resonate in the marketplace; things El Pasoans want to drink,” Johnson said. “We’ll collaborate with local breweries in town, do stuff on our own, as different movies come out.”