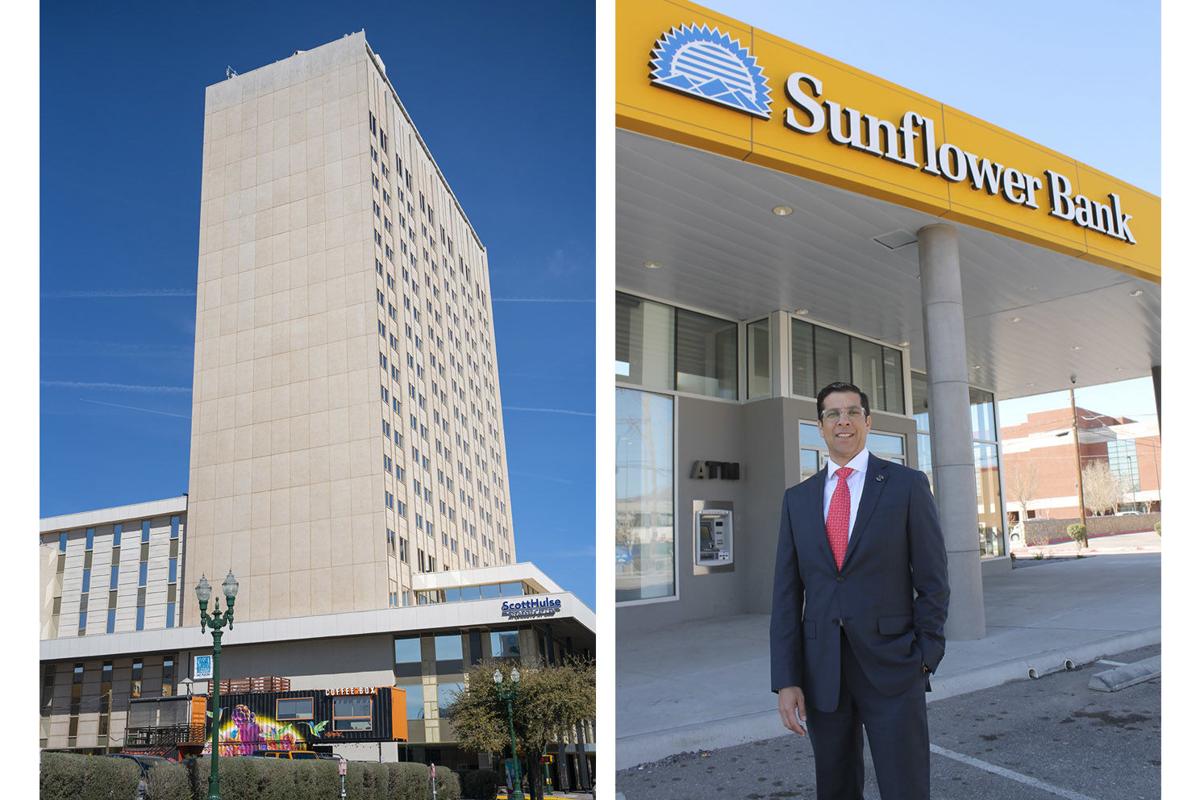 (Left) Sunflower Bank, a regional bank headquartered in Denver, is the new anchor tenant in the building at 201 E. Main. The new sign should be up in the next two months. (Right) Ernesto Avila, Sunflower Bank regional president for Texas and Southern New Mexico, outside of the bank’s branch in South-Central El Paso. 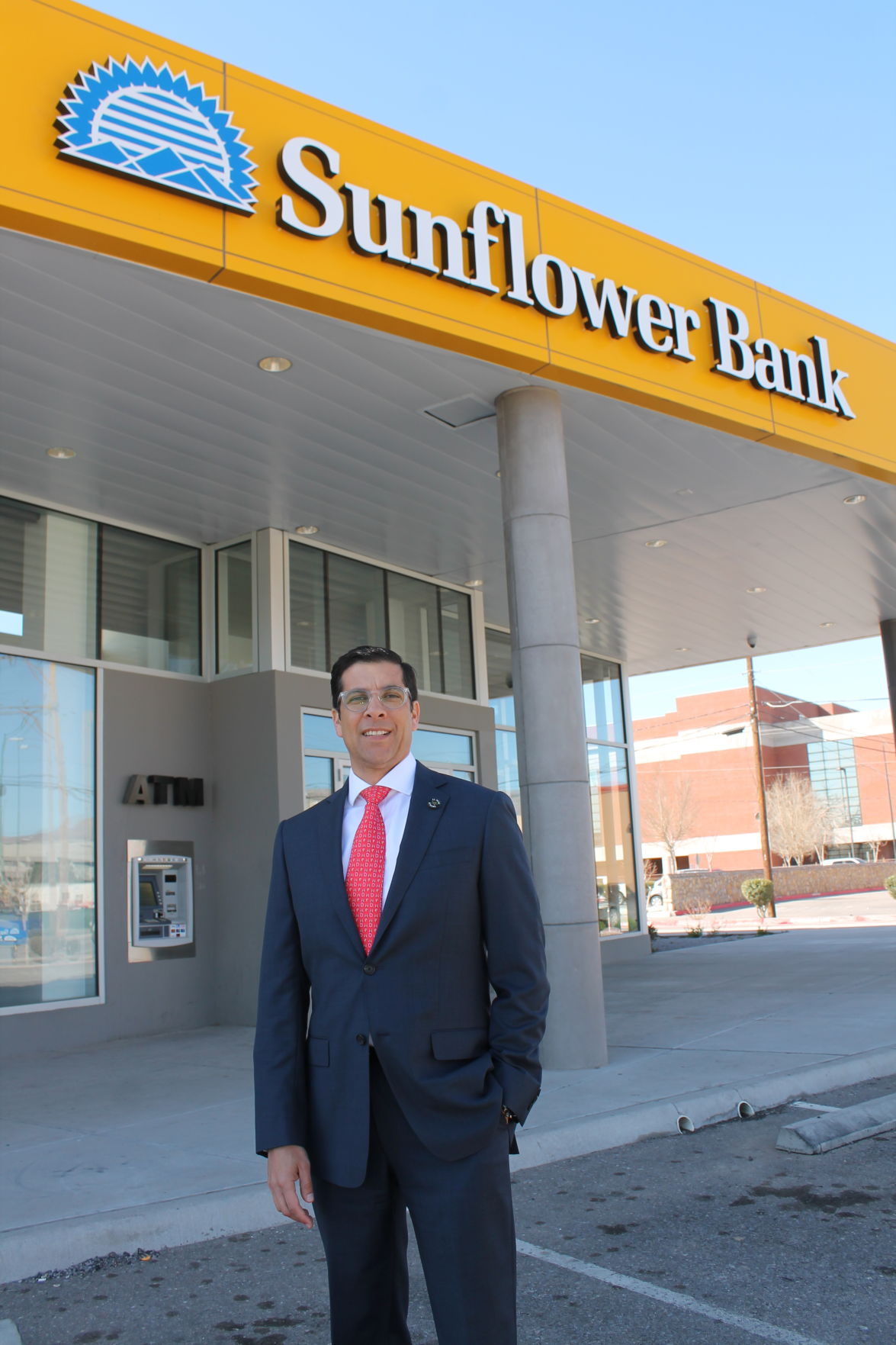 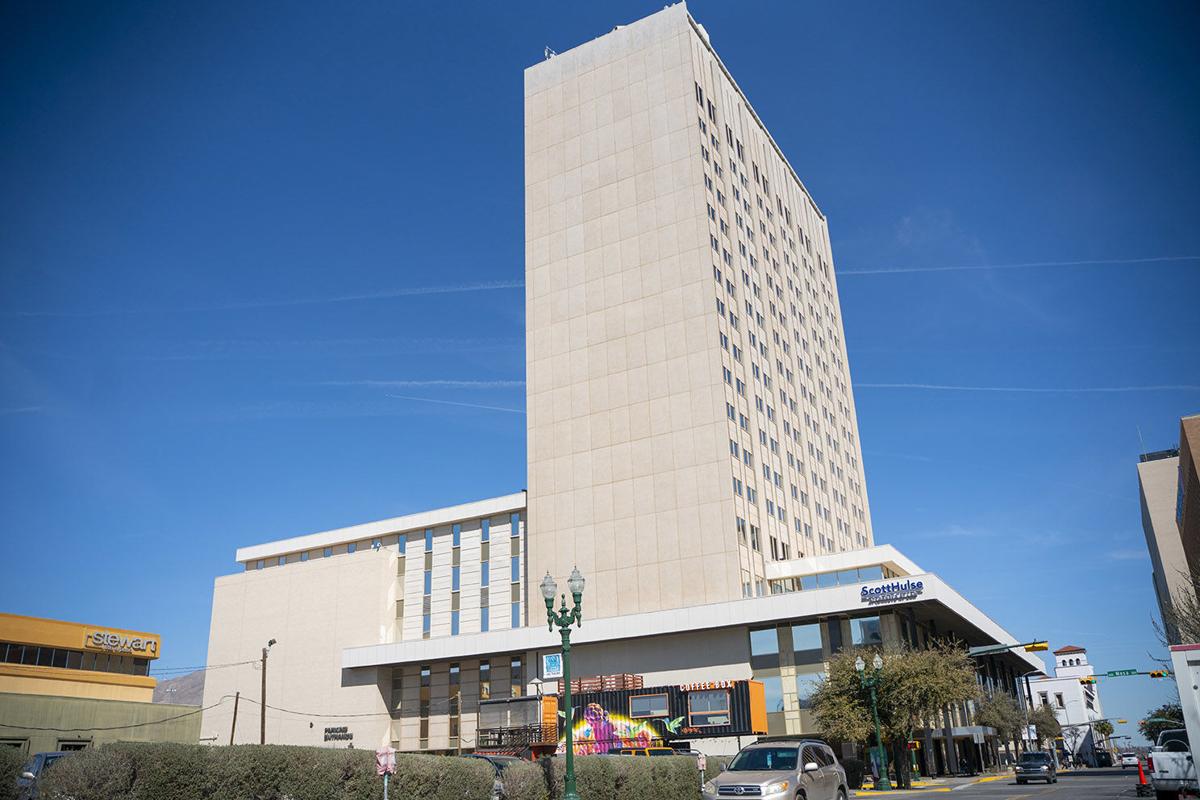 Sunflower Bank, a regional bank headquartered in Denver, is the new anchor tenent in the building at 201 E. Main. The new sign should be up in the next two months.

(Left) Sunflower Bank, a regional bank headquartered in Denver, is the new anchor tenant in the building at 201 E. Main. The new sign should be up in the next two months. (Right) Ernesto Avila, Sunflower Bank regional president for Texas and Southern New Mexico, outside of the bank’s branch in South-Central El Paso.

Sunflower Bank, a regional bank headquartered in Denver, is the new anchor tenent in the building at 201 E. Main. The new sign should be up in the next two months.

A new anchor tenant is moving into one of Downtown’s tallest buildings and will have its name and logo emblazoned atop the tower by summer.

In the latest sign of El Paso’s shifting banking industry, Sunflower Bank, a large regional bank headquartered in Denver, will be the main tenant in the tower that once housed one of the world’s biggest banks, JPMorgan Chase.

Sunflower Bank, which has about $4 billion in assets, has been in El Paso since 1999 and was formerly known as First National 1870. Bank executives told El Paso Inc. the El Paso and Las Cruces regions were rebranded to Sunflower Bank on Feb. 1.

Sunflower Bank is already housed inside the building, which has been known as One San Jacinto Plaza since Chase moved out a few years ago. Sunflower is on the third floor but will be moving down to the second floor once construction is complete.

The sign will be up on the building at 201 E. Main in the next two months, executives said.

The bank is known as Sunflower Bank in its other markets, including Kansas, Missouri and Colorado. The exception is in the Northern New Mexico towns of Santa Fe, Albuquerque and Los Alamos, where the bank is still known as First National 1870.

“What I do see is that in El Paso, with all the investment, it needs community or regional banks that have the ability to make decisions locally and very quickly,” Avila said.

Sunflower Bank has three branches in El Paso, in the Downtown, Central and Northwest areas of the city.

In El Paso, there are only two locally owned banks, United Bank of El Paso, which transformed an old parking garage into a new Downtown headquarters in 2013, and WestStar Bank, which is building an 18-story tower with Hunt Companies that will serve as its headquarters.

There are also branches for several national banks like Bank of America and Wells Fargo. Credit unions, including GECU and TFCU, have expanded their reach throughout the borderland, but Avila said there’s still a gap in the market for regional and community banks that serve small businesses.

“We have the resources of a large bank but all decision-making is local,” Avila said. “We don’t have credit-making committees, and all decisions are made within a couple signatures. I think it’s something that used to be in the market but we lost it in a way, and now we’re trying to fill that need.”

David Osborn, president and chief operating officer of WestStar, said he doesn’t see a gap in El Paso’s banking landscape. But added that he’s happy to see more community banks in the market because it encourages healthy competition.

“Every bank can’t make every loan,” Osborn said. “It’s good that small-business owners have a chance to see where they fit best.”

“We have close to 300 mortgage loan originators in the footprint,” Avila said. “We’re actively trying to recruit to grow that side of the business.”

In 2018, Sunflower Bank ranked fifth in size in El Paso with $197 million in deposits and 2.35% of the local market share, behind BBVA Compass, WestStar Bank, Bank of America and Wells Fargo Bank. Local data for Inter National Bank and JPMorgan Chase were not available.

El Paso’s banking landscape has changed over the years as some institutions have undergone consolidations. And big banks, including JPMorgan Chase, quietly retreated from border banking several years ago. Osborne said bank consolidations are a national trend and that about 250 banks per year are being consolidated.

“Long term, if the U.S. isn’t careful and we continue this high level of regulation, we’re going to have too few banks,” Osborn said. “Consolidation is good because you get better, stronger banks and capabilities of human capital. But when there’s not enough competition because of mergers and acquisitions, then at some point a community could have less competition.”

One San Jacinto Plaza is owned by Franklin Mountain Properties. The group, formed by El Paso businessman Paul Foster, bought the building from Borderplex Realty Trust, which sold the building along with several other Downtown properties last year.

Sunflower Bank has a long-term lease at One San Jacinto Plaza but executives declined to discuss the terms.

“The office tower at 201 E. Main has a long-standing history as a financial institution anchored building, from its completion in 1962 for the El Paso National Bank, followed by Texas Commerce Bank, and most recently JPMorgan Chase Bank,” said Jamie Gallagher, senior vice president of Franklin Mountain Property Services, in a statement. “(We are) pleased to have Sunflower Bank carry on this long-standing tradition in our building.”