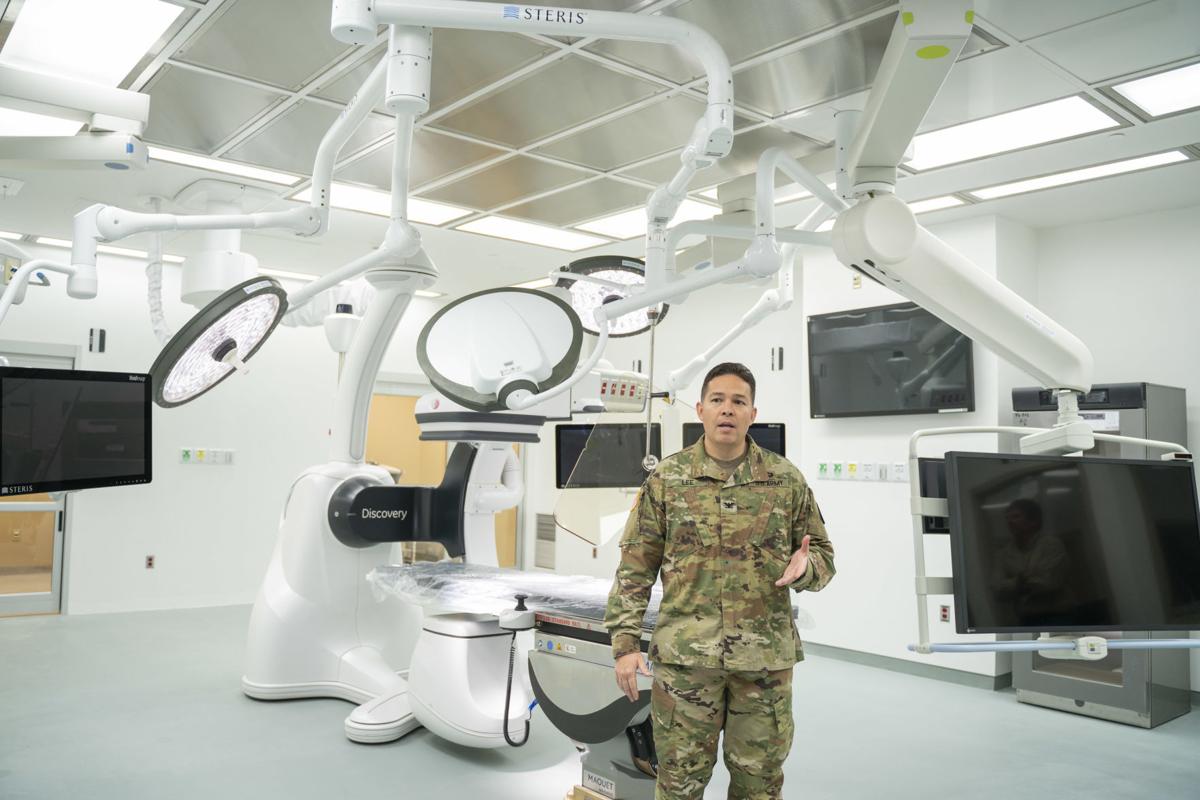 Above: Army Col. Llewellyn Lee, Beaumont’s deputy commander of patient support, describes the many capabilities of the new hospital’s hybrid operating room, including surgery on a wounded soldier thousands of miles away. Below: The five-building campus will house 269 exam rooms, 135 patient beds, 10 operating rooms and eight very big labor and delivery rooms. 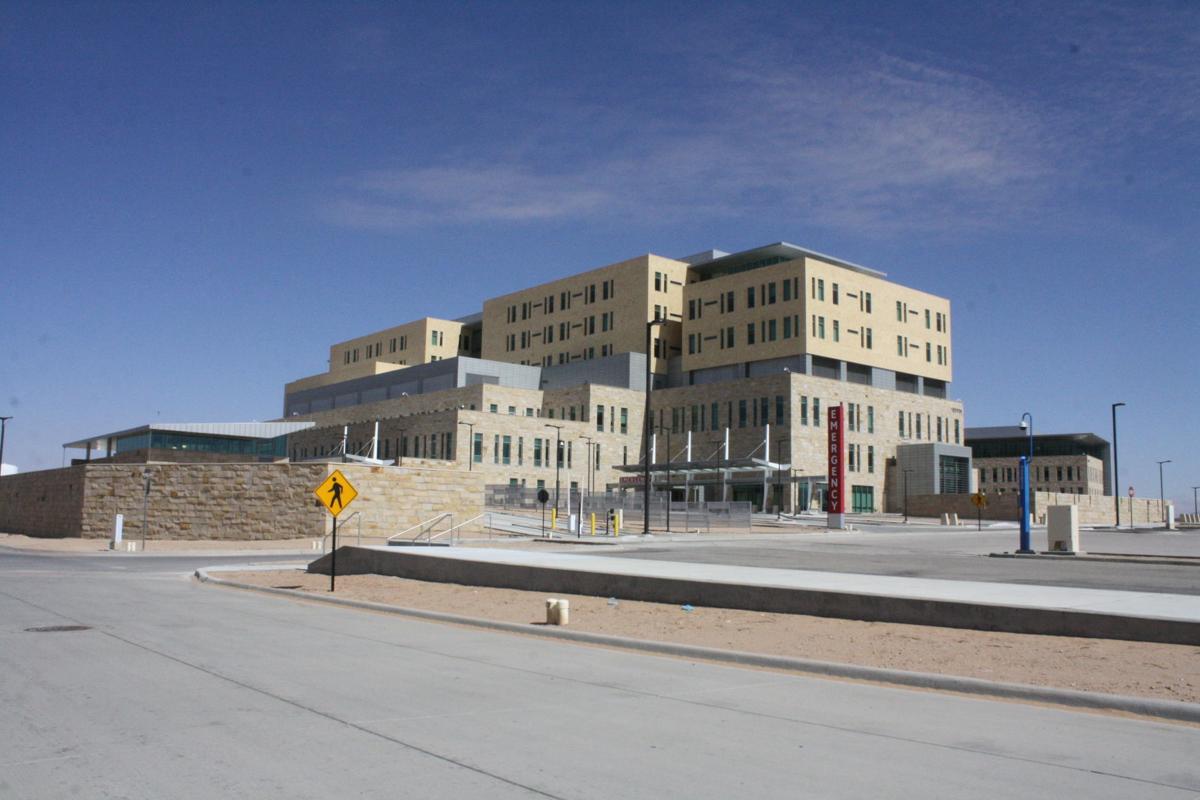 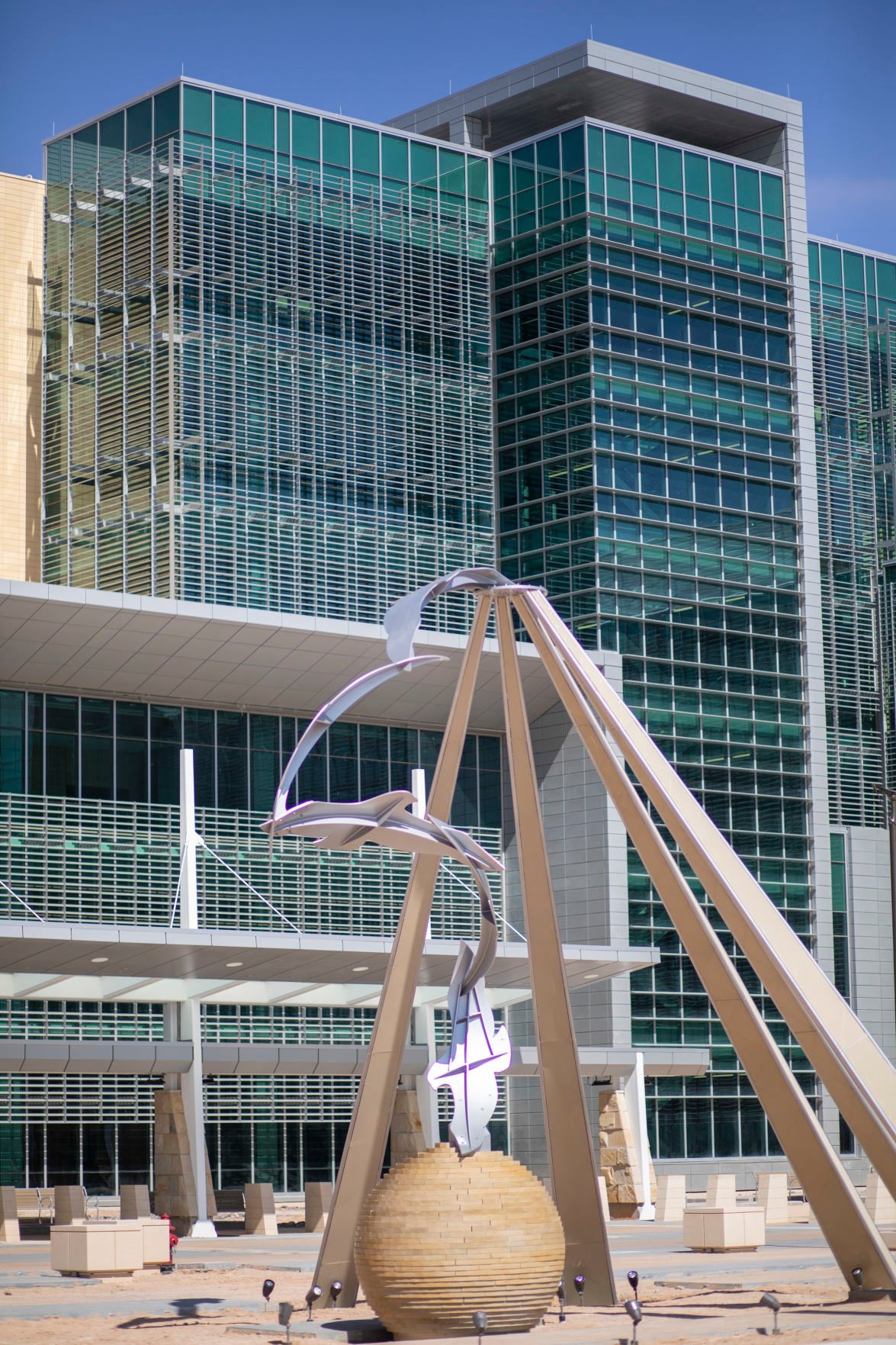 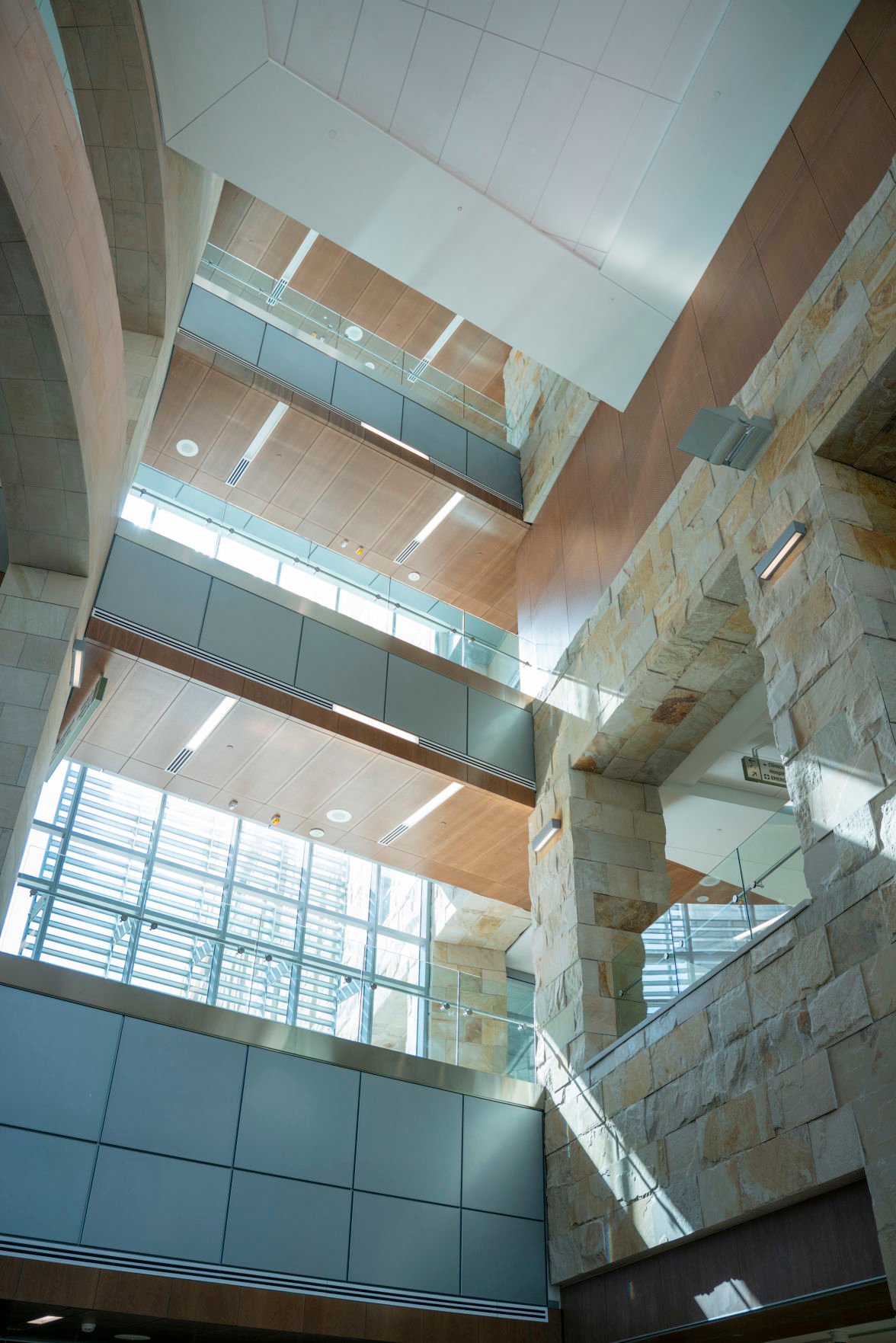 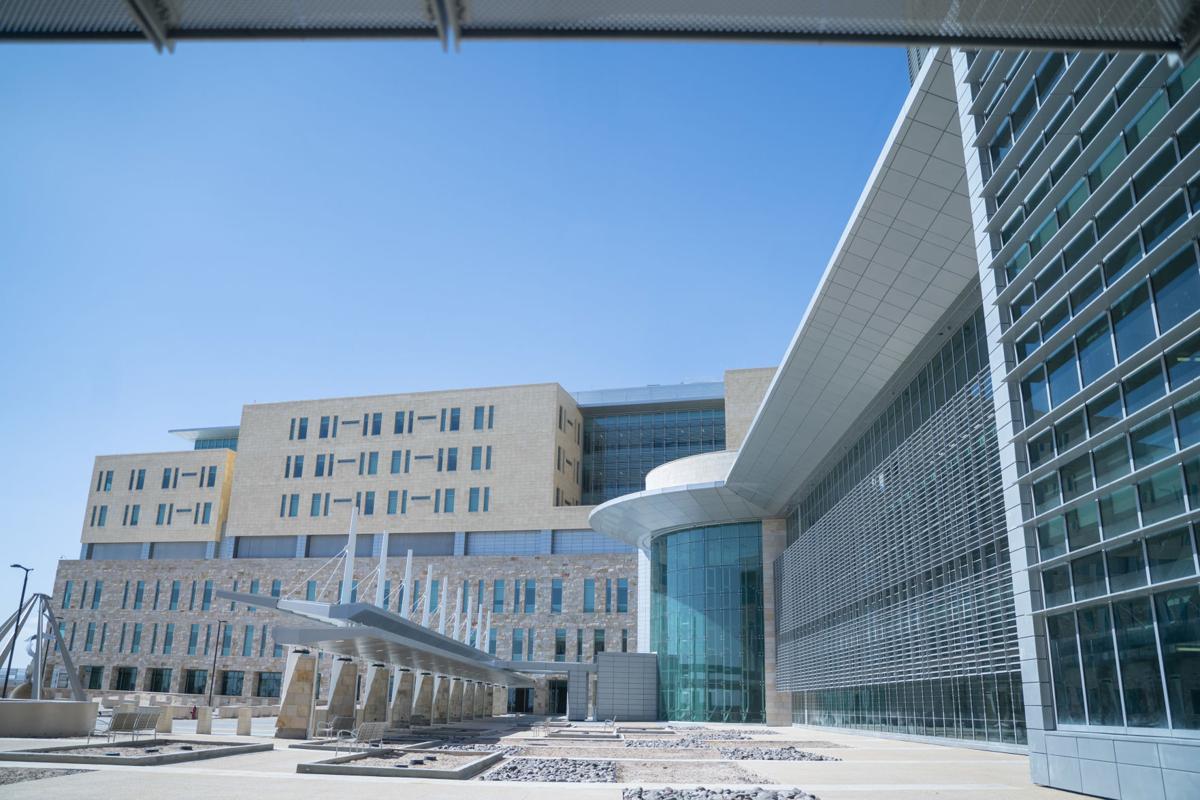 Above: Army Col. Llewellyn Lee, Beaumont’s deputy commander of patient support, describes the many capabilities of the new hospital’s hybrid operating room, including surgery on a wounded soldier thousands of miles away. Below: The five-building campus will house 269 exam rooms, 135 patient beds, 10 operating rooms and eight very big labor and delivery rooms.

After six years of construction, costing $1.37 billion, the new state-of-the-art William Beaumont Army Medical Center is all but finished, and the keys should be handed over to the Army on Saturday, Feb. 29.

Everything about the new Beaumont is big. It can be seen from miles away, rising on the horizon in the midst of undeveloped desert off of Spur 601 and Loop 375 in Far East El Paso.

It’s seven stories tall and covers over a million square feet, an area the size of 17 football fields that will also provide 4,000 parking spaces.

However, the new Beaumont will not be taking patients until late September because the medical staff that’s been working in a 50-year-old hospital needs time to learn all about the new one.

At the peak of construction in the summer of 2017, there were more than 1,500 workers on the site where an average of 1,000 worked daily for the last five years.

“It is unique,” Brig. Gen. Paul Owen said in his opening remarks to the news media Wednesday before medical officers provided a floor-by-floor tour of the new facility. “There are only a few existing facilities you can even compare to it.

“It’s more than a hospital; it’s a world class medical center incorporating cutting-edge medical technology only available in a handful of hospitals around the world.”

Owen commands the Southwestern Division of the U.S. Army Corps of Engineers based in Dallas.

Started in 2009, the project saw more than 1,200 change orders during construction to accommodate new medical technology as it came along.

“That’s a lot of changes,” Owen said, and a very big reason for the delays. Neither he nor the other officers who fielded questions offered any apologies for the time and money it took to finish the new Beaumont.

“Think about a car you were driving in 2009, and compare it to a car to a car you may purchase today,” he said. “The pace of advancement in cars has been extraordinary – autonomous driving, heads-up displays and other tech advancements.

“But technological advancements in the medical field have evolved even faster, and we’ve been incorporating new technologies into our car while it’s moving down the production line. It required significant changes, which resulted in increased cost and additional time for construction.”

Some 3,900 military and civilian medical personnel and support staff work at the old Beaumont now, and that is not expected to change, said Col. Mike Oshiki, Beaumont’s commander since July.

The 70,000 people the hospital serves include active Army personnel and their families, as well as military retirees and eligible family members.

“We also have robust partnerships with the El Paso Veterans Administration, and we are the in-patient facility of choice for the eligible VA personnel,” Oshiki said.

Old Beaumont has 109 beds and sees 150 to 190 patients a day. Now a Level 3 trauma center, its emergency room is available to the civilian population in East El Paso.

“We are already laying the groundwork for that right now with our staff,” Oshiki said. “This facility will provide the impetus we need to take it to the next level and get that Level 2 trauma center certification.”

Once the move-out is complete, the old Beaumont will be decommissioned as a hospital.

“There have been a lot of different ideas floated around about how to use that building, but at this point no decision has been made as far as what use that building will have,” Oshiki said. “The current VA location is co-located with the existing William Beaumont, and for the time being, that facility will stay put as well.”