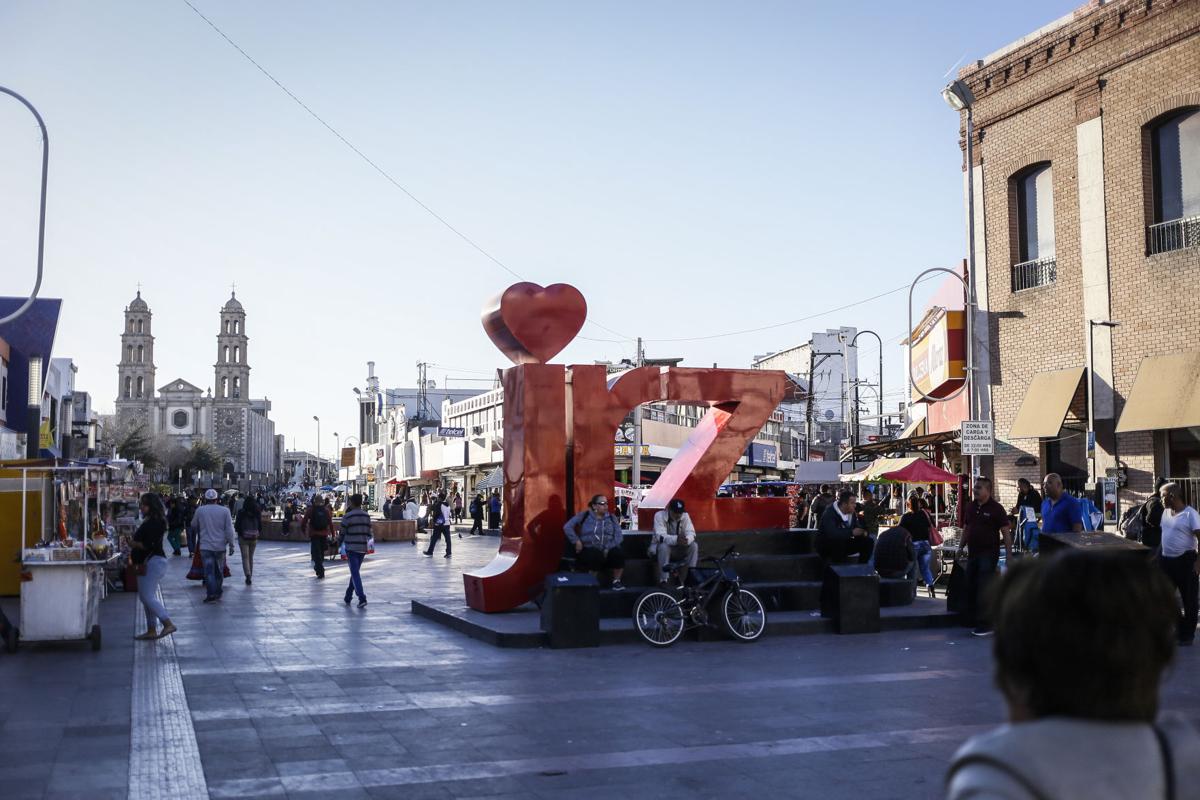 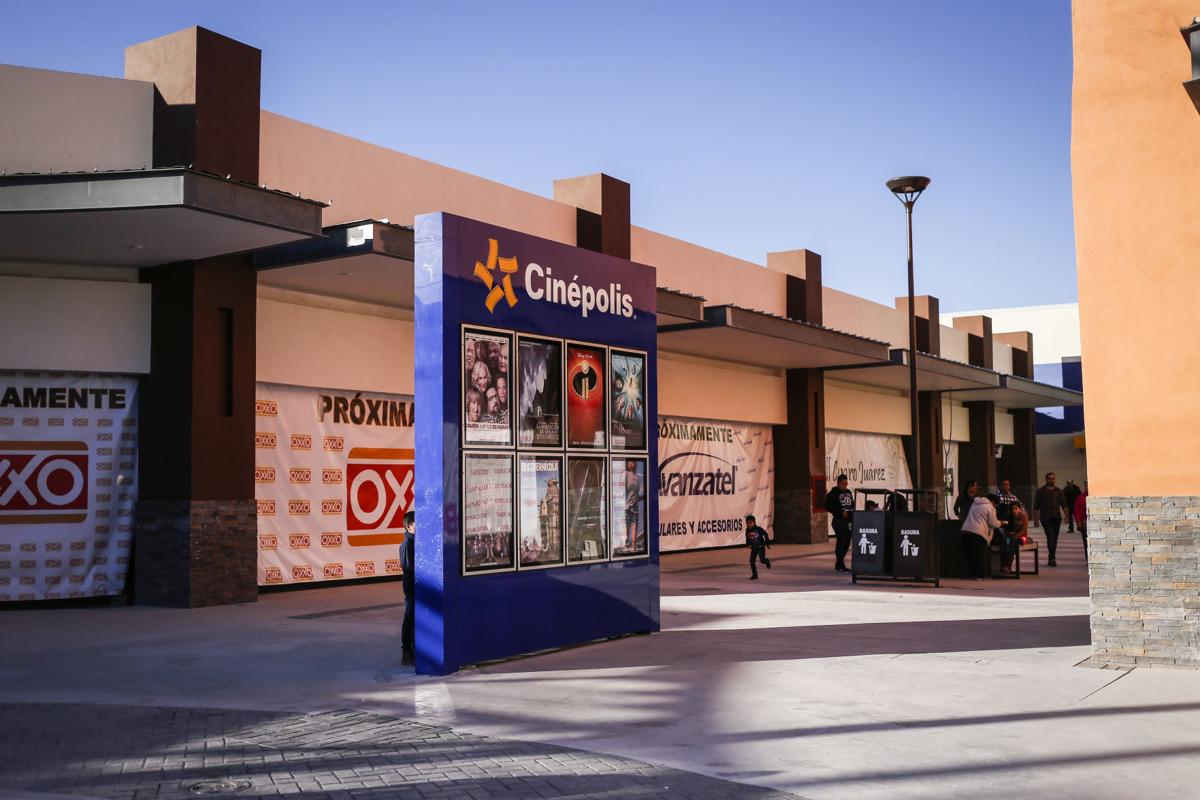 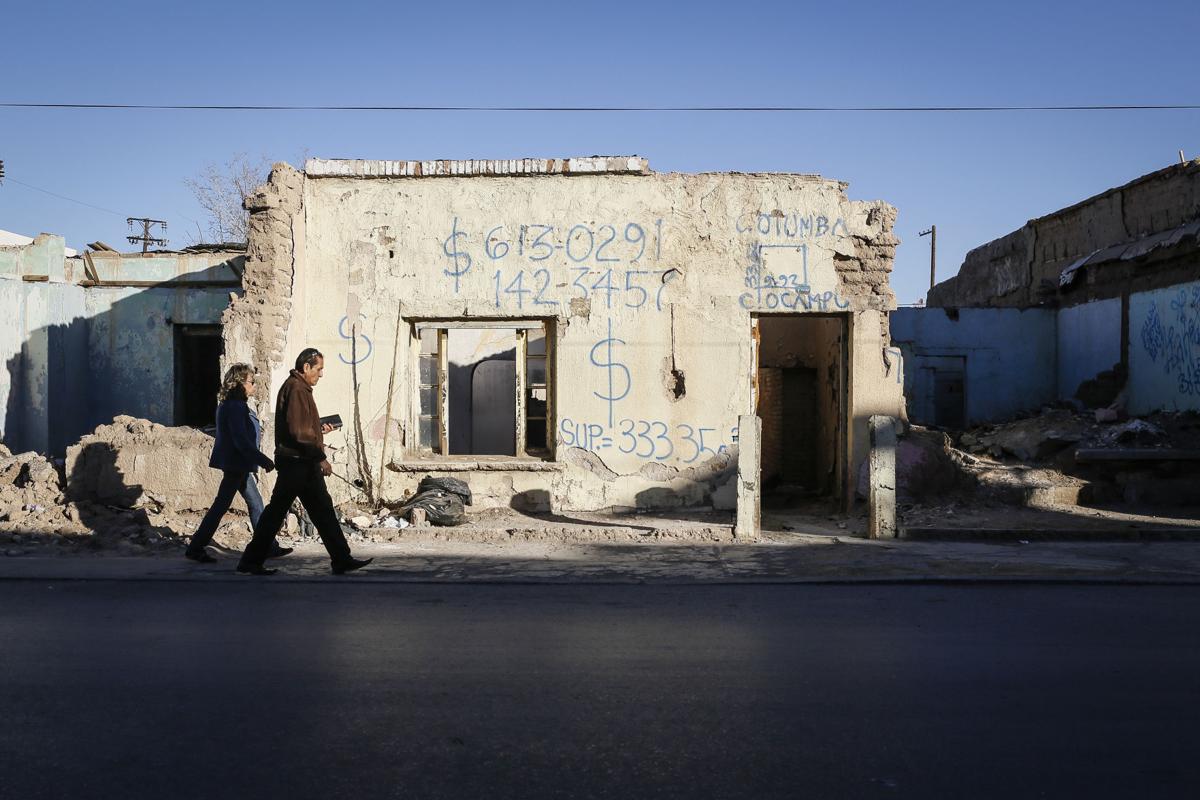 An abandoned building is marked for sale.

An abandoned building is marked for sale.

JUÁREZ, Mexico – It has been decades since downtown Juárez had a family-friendly movie theater, and now it has one.

The theater, which is a 10-minute walk from the Paso del Norte border crossing, will soon be joined by an Oxxo convenience store and other small retail shops.

The effort is part of a multimillion-dollar downtown redevelopment push led by the city of Juárez and local investors. The city is working to establish a Juárez Historic District, and part of its master plan is to attract businesses and restore historic buildings.

“The plan was to bring more life to downtown Juárez,” said Jose Arturo Ramos with the Juárez Binational Affairs Office in El Paso. “The city is getting back on its feet.”

Last Wednesday, a constant flow of Juárenses made their way to the movie theater. Young parents holding their children’s hands ordered popcorn and candy before they walked into the movie house.

Jazmin Duran, the theater’s supervisor, said it opened on Jan. 24, and there are now seven Cinépolis locations across the sprawling city.

“A lot of clients point out it has been a long time since downtown Juárez had a theater,” Duran said.

She said Cinépolis can only accept Mexican pesos until they install an exchange system for dollars.

Vasquez, the investor behind the new shopping center, has owned businesses in Juárez for years. His center, which is about half finished, occupies two city blocks.

Vasquez and investor Francisco Yepo Yong are behind several developments in downtown Juárez, according to Ramos.

Yepo is renovating the former la Fiesta building near the new shopping center. He plans to build a parking lot near the building, adding much-needed parking in downtown Juárez.

The shopping center replaced a number of vacant and dilapidated buildings between the well-known Ignacio Mariscal and Santos Degollado streets.

The two investors could not be reached for comment.

In the late 2000s, the city of Juárez purchased several city blocks in an area once known as the red light district. The neighborhood was a haven for prostitution and drug traffickers but has since been transformed by city investment.

In 2017, the city invested in a plaza called “Gran Plaza Juan Gabriel,” named after the late singer in an effort to change the area’s character. Many of the brothels and drug houses were torn down.

The plaza has performance areas, park benches, lighting, trees and there are colorful murals on the back of buildings from Avenida Benito Juárez.

Just west of the plaza, there’s a thriving neighborhood with residences and small businesses.

The neighborhoods also include a number of abandoned buildings, which are either marked for sale or falling apart. The neighborhood is crawling with stray dogs.

Some of the dogs have wandered into a freshly cemented sidewalk, and their paws are engraved into the walkways.

Juan Diaz, Juárez’s planning department director, said the city is working to select an architect that will give Avenida Juárez a makeover. That project will link to the Paseo de Las Luces project in El Paso.

Paseo de Las Luces is a plan that dates back to the mid-1980s that would more closely link downtown Juárez and El Paso through investments that include string lighting, landscaping and other street upgrades.

In November, political leaders from El Paso and Juárez pledged to bring the project back to life during a rare joint City Council meeting.

Diaz said city officials from both sides are planning a bike path that would connect the two Downtowns.

“It would be so you can cross the bridge on your bike,” he said.