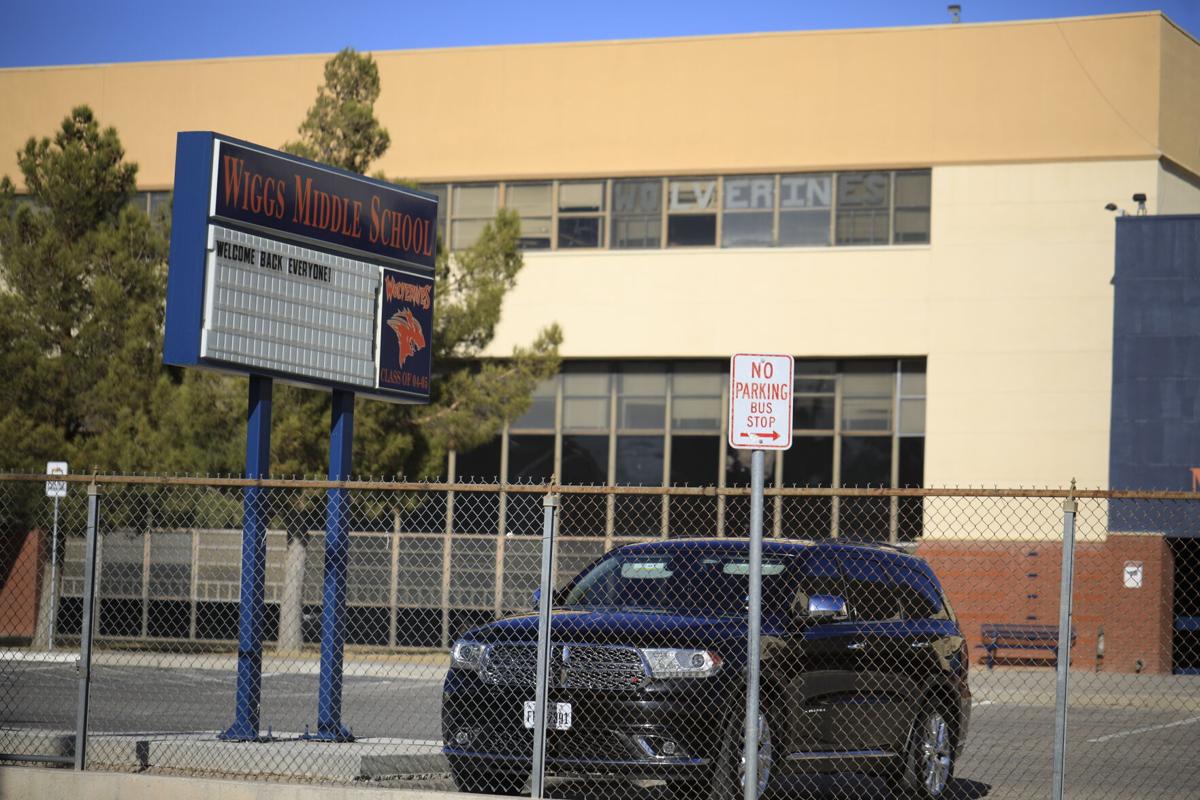 Wiggs Middle School, like most schools in El Paso, was quiet Friday as remote learning continues during the pandemic. ‘We, like all districts across the nation, are seeing alarming failure rates,’ said EPISD spokesperson Gustavo Reveles. 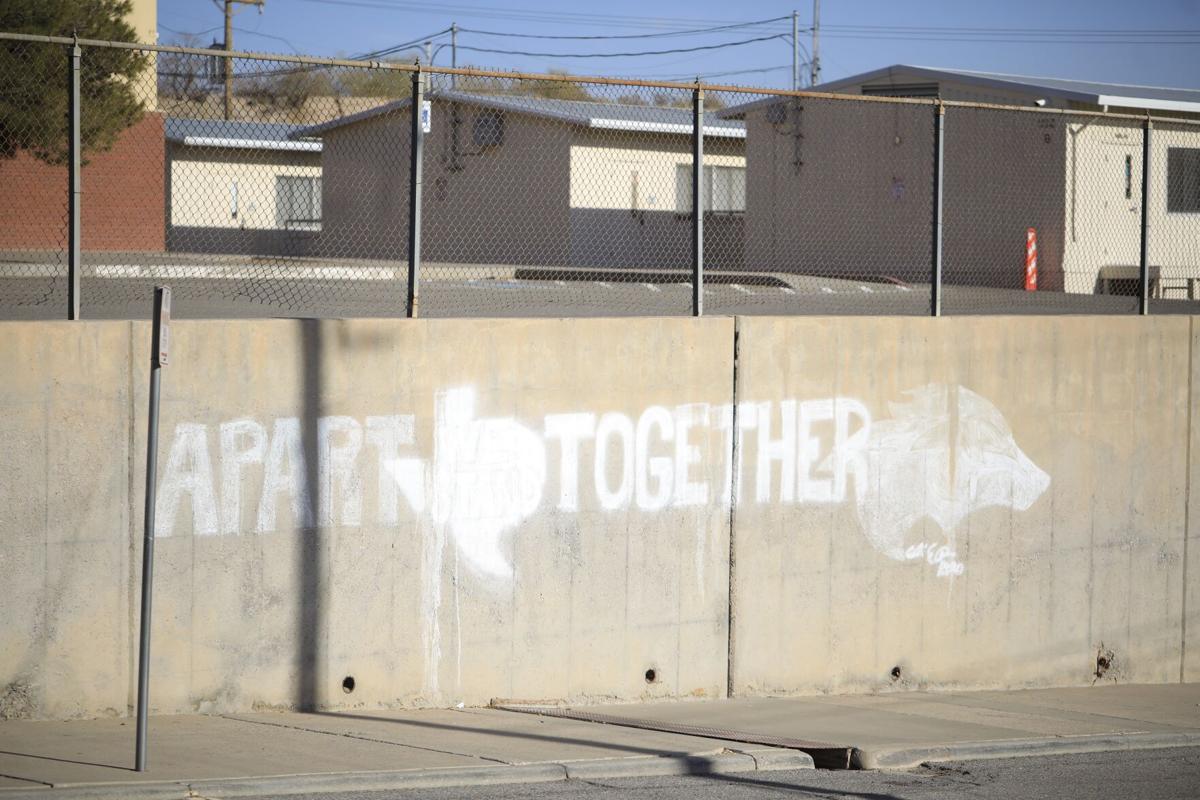 Wiggs Middle School, like most schools in El Paso, was quiet Friday as remote learning continues during the pandemic. ‘We, like all districts across the nation, are seeing alarming failure rates,’ said EPISD spokesperson Gustavo Reveles.

The ripple effects of school closures and move to remote learning during the COVID-19 pandemic in El Paso can now be seen in report cards.

In a Powerpoint slide obtained by El Paso Inc. and confirmed by an El Paso Independent School District spokesperson, 42% of grades issued in the first nine weeks of the fall 2020 semester, in grades 6-12, were Fs. That number is up from 17% at the same time the previous year.

A total of 3,557 failing grades were issued, according to the Powerpoint slide, which was part of a presentation by Tamekia Brown, EPISD’s chief academic officer.

“We, like all districts across the nation, are seeing alarming failure rates,” said EPISD spokesperson Gustavo Reveles in a text message. “The information was shared with our campuses as we prepared for the spring. We want to do everything possible to help our students progress.”

Reveles added that the district is working on the data from the second nine weeks of the fall 2020 semester.

The failure rates are one of a number of challenges for public school districts across El Paso County. The pandemic has also brought on additional challenges in attendance and connectivity.

It has been about 10 months since most students in El Paso County were fully in the classroom, on campus with their peers.

For some parents, virtual learning through EPISD has not worked out. For others, students have been able to adjust and keep up with their classes.

She also has a son in the sixth grade who she pulled from EPISD after a difficult transition last spring and fall. Beaver said he is on the autism spectrum and was also enrolled in the gifted program at EPISD, but that learning how to navigate the district’s online schooling was rough.

Her son is now thriving through a self-paced homeschool program, she said.

“I don’t blame any of the teachers. They were also overwhelmed. But the systems were not in place for him to be successful in learning this new platform and being able to be successful with everyone else,” Beaver said. “There came a point where his stress levels and mental health were more important to me than learning how to do this.”

Al Velarde, EPISD board vice president, said it’s understandable that grades suffered in the first nine weeks of fall 2020, as parents and students tried to adjust to another semester of virtual learning.

“Online education is a whole different form of education,” he said. “We heard a lot of parents saying their children have difficulty focusing and stay focused on the class, because it’s just completely different from what they’re accustomed to.

“It’s difficult for teachers to keep their attention. I can certainly understand that those challenges are going to come out in the grades. We’re going to see some dips in children’s ability to succeed, virtually and online.”

Freddy Klayel-Avalos, District 6 trustee for EPISD, said the high failure rates are a reflection of the mental transition students and parents had to make in the fall, and that he expects progress in the second nine weeks of last fall.

“I’m relieved there were so many Fs. It means our teachers are holding up their standards from the classroom,” Klayel-Avalos said. “If anything, seeing the bad grades at the beginning reinforces the fact that we’re challenging students to perform at the same or a higher level than before.”

On Friday, Vince Sheffield, interim superintendent of EPISD, emailed a letter to parents in the district alerting them to upcoming plans for getting more students back in the classroom.

School districts in the region will make a decision on Jan. 13 about when students can return.

If current COVID-19 hospitalization rates of 20% or under hold, then that date could be as early as Jan. 19.

But schools would still open in a limited capacity. In his email, Sheffield said face-to-face instruction would be for a select group of students at a 50% capacity.

Parents also still have the option to continue with virtual learning. For Beaver, that option has worked for her son at Zach White.

But she added that there isn’t much uniformity across the district or schools on the protocols for where to go for assignments, grades, homework and other crucial school components.

“I feel like EPISD was as shocked as every other district in figuring out how to do this,” Beaver said. “To my knowledge and understanding, different schools handled it differently. My kid at one school had a really chaotic start. Every teacher within that school was doing things differently.

“For us as parents it was crazy. For kids it was just insane.”