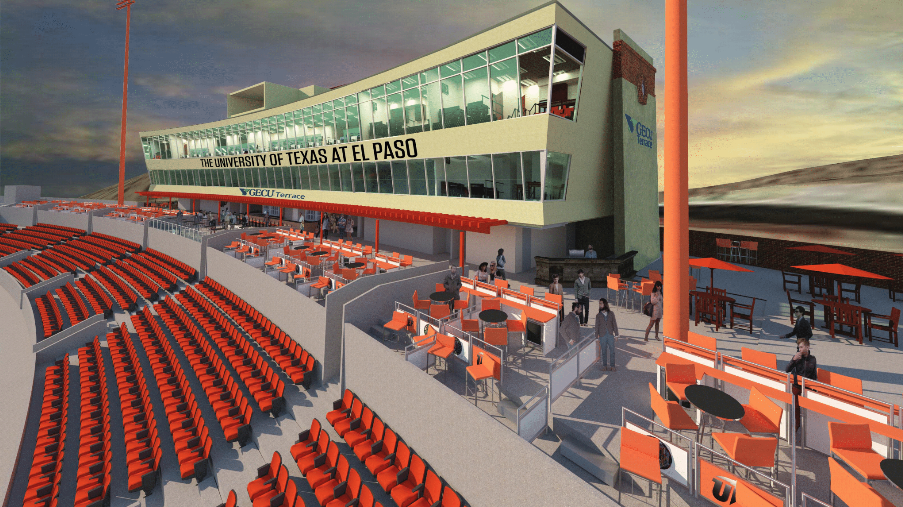 The Sun Bowl’s makeover should be complete by the start of the 2019 football season. 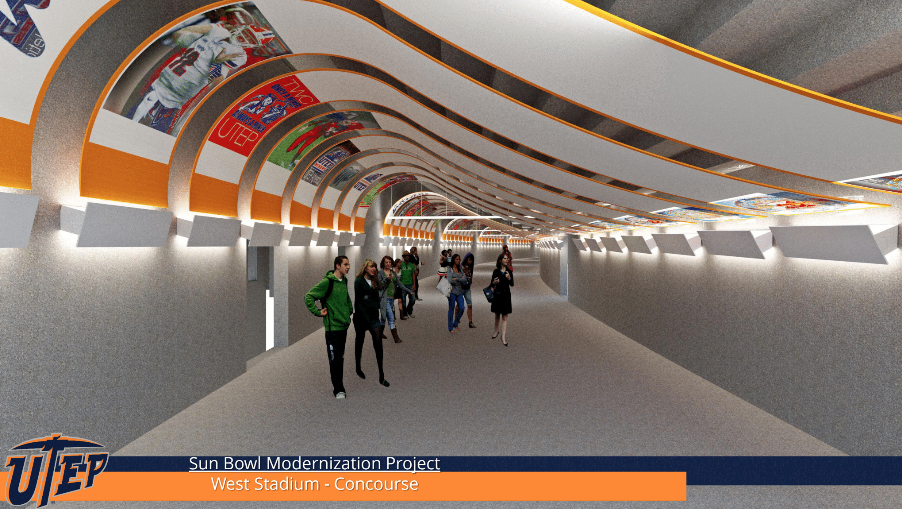 Concourse improvements should be complete by this fall.

The Sun Bowl’s makeover should be complete by the start of the 2019 football season.

Concourse improvements should be complete by this fall.

After years of talk about the need for a makeover of the 55-year-old Sun Bowl stadium, the time has finally come.

“This is quite special, something we’ve dreamed of for a long time,” Natalicio said. “We’re truly grateful for the many community partners who’ve collaborated with us, supported us and share our vision to truly serve the public good.”

Senter said the price tag for the improvements is between $10 million and $15 million, almost all of which will come from private sources.

Improvements to the concourse area will be completed in time for this year’s football season, he said, and the entire project should be done by the start of next year’s season.

However, the improvements will not include the stadium’s outdated team locker rooms.

“One of the most beautiful stadiums in college football will become even more breathtaking,” Senter said in a statement. “We thank GECU for their partnership, their commitment and their investment in helping get this project underway.”

Their contribution will include an area below the press box that will be known as the GECU Terrace where there will be club seats, loge boxes and outdoor cantinas.

Before former Athletic Director Bob Stull left last fall, he said the university had about $15 million in pledges for Sun Bowl improvements.

“We’re so grateful for the support of GECU and proud of everything we’ve been able to accomplish,” Natalicio said. “With such a long and fruitful history of cooperation, it comes as no surprise that GECU has stepped forward to help us begin the exciting transformation of the Sun Bowl Stadium.”