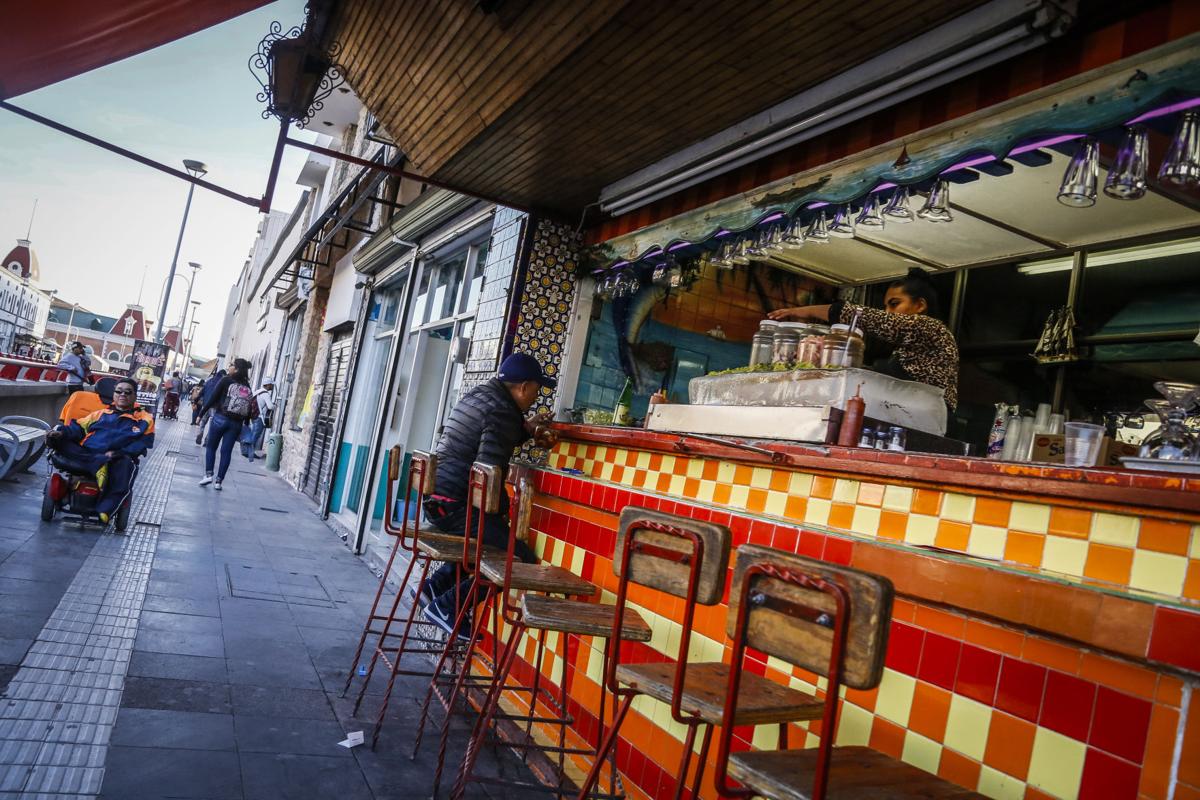 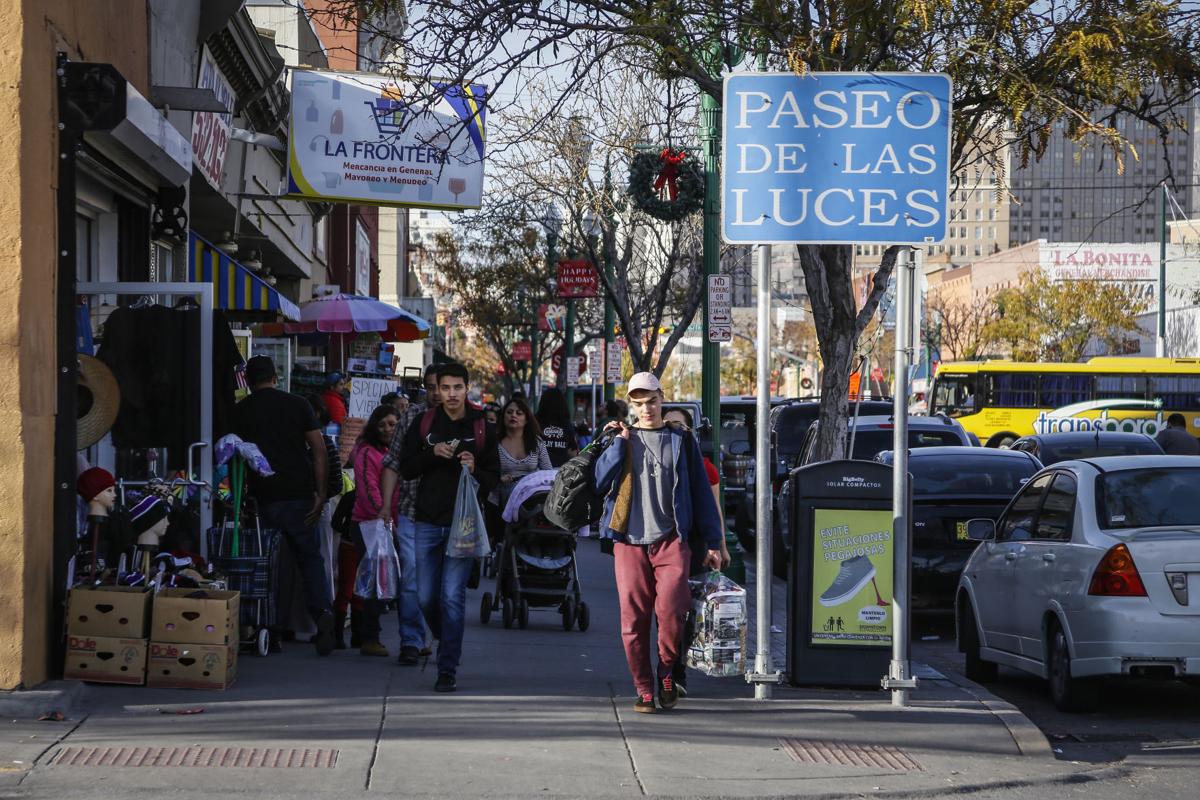 Shoppers walk along El Paso Street on Wednesday. Investor Lane Gaddy is working to purchase a fourth building in the area. 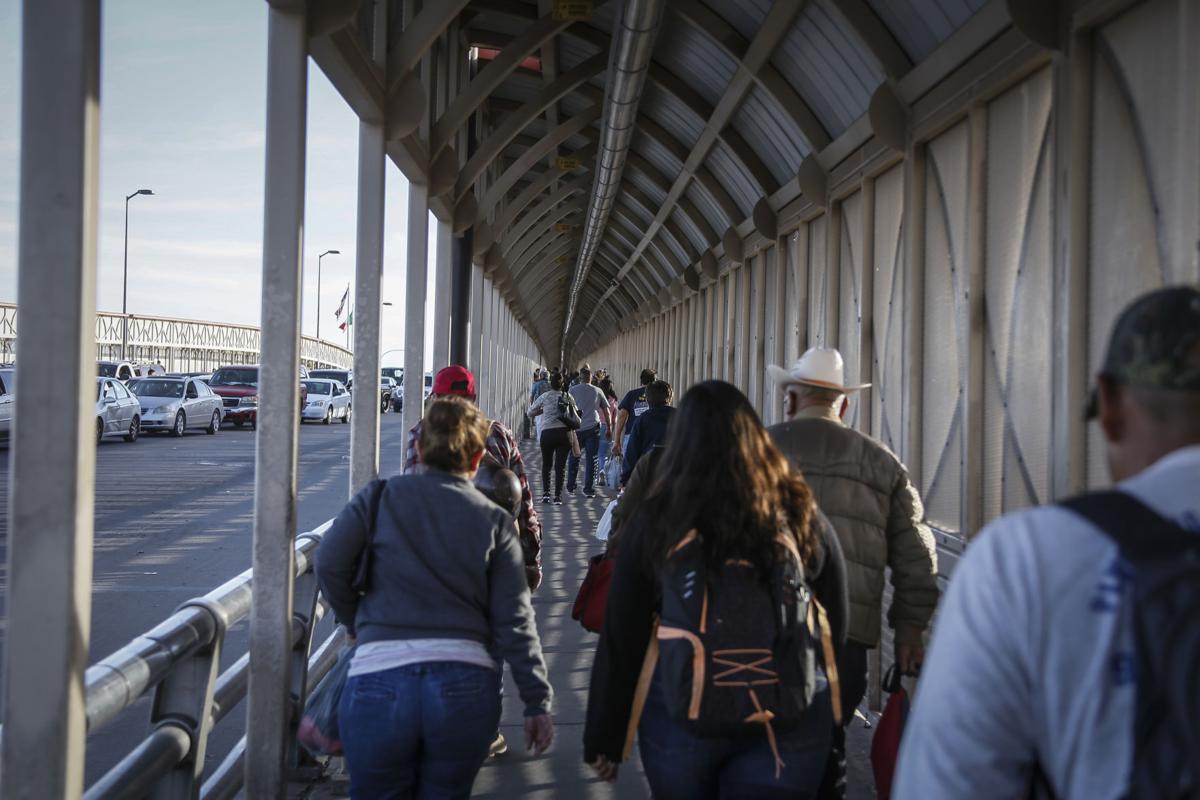 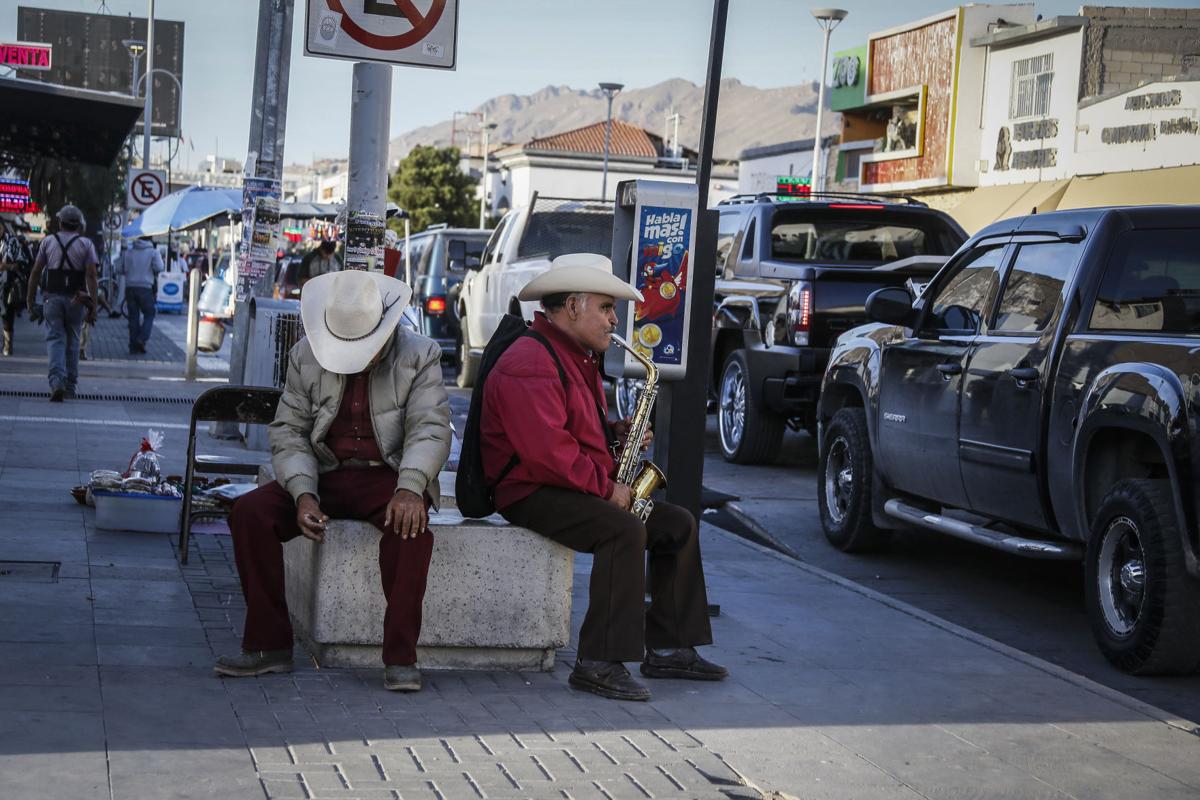 Thousands of Mexican nationals make their way across a steep and narrow walkway to enter the United States every day.

Once over the international bridge in Downtown El Paso, some head to school. Many others head up El Paso Street to shop.

A red-brick building that houses a small shoe store at the corner of El Paso Street and East Sixth Avenue, is one of the first buildings they see.

Lane Gaddy, a Downtown developer, quietly led a group of investors in the purchase of the building earlier this year along with two other buildings on El Paso Street – part of a plan to reinvigorate the street.

Gaddy is encouraged by renewed interest in the Paseo de las Luces project, which he is sure will transform the historic street in the heart of the Downtown Shopping District.

“We had been hearing what the (city of El Paso’s) plans were with the Paseo de las Luces project and believe that is absolutely the right track and path,” he told El Paso Inc.

Juárez also has plans to beautify the street on the Mexican side of the border.

Gaddy’s group has also purchased a building on the corner of South El Paso and Father Rahm streets that used to house a Payless shoe store.

They are working on another deal to secure a fourth building on the street, which may be the future headquarters of W Silver Recycling, which Gaddy heads as president.

On the northern end of the street, El Paso businessman Gil Kimmelman has renovated the building at 210 S. El Paso. The building was reopened two weeks ago as an apparel store. The old blade sign that spelled “Vogue” for years now has the name of the new business, “Hero.”

The Paso del Norte International Bridge is one of the country’s five busiest ports of entry, according to the Department of Homeland Security. About 12,000 pedestrians cross every day, according to figures compiled by the city of El Paso.

The improvements the city plans to make to the street will stretch from the international bridge to the Plaza Theatre, according to Laura Foster, the project manager.

“This project will celebrate the uniqueness of South El Paso Street while improving on the welcome we extend to the thousands of visitors who cross at the Downtown ports of entry each year,” Foster said. “Today, the city is working to finalize the design.”

Construction is scheduled to start in 2018.

In front of Gaddy’s red-brick building at 820 S. El Paso is an old blue sign with white letters that say “Paseo de las Luces,” a reminder of the decades-old plan to more closely connect the downtowns of El Paso and Juárez.

The city of El Paso first embarked on the “Paseo de las Luces” project in the mid-1980s to encourage new investment from El Paso businesses and encourage tourists staying in Downtown hotels to stroll and shop down the street.

The street was decorated with old-style lights and decorative benches.

Last month, political leaders from El Paso and Juárez pledged to bring the project back to life during a rare joint City Council meeting.

The efforts on both sides of the border are receiving planning assistance from the El Paso Community Foundation.

Mario Porras, binational affairs director at the foundation, said they are working to make sure each side is aware of the other’s efforts.

“They don’t want one project to look different from the other,” Porras said.

Juan Diaz, Juárez planning director, said the city has set aside $20,000 to hire an architect to start the project on the Mexican side. The city hopes to have a proposal selected by December.

Diaz said Juárez will need assistance from the Mexican federal government to fund the whole project.

The city of Juárez has invested about $2,700 in that city’s Downtown this year in what they call a “safety corridor.” He said buttons that, when pushed, alert local police are being installed on the street. In addition, a crisis center will be installed behind the “Museo de la Revolución en la Frontera.”

Jose Sanchez, who operates an elote stand at the mouth of the Paso del Norte International Bridge in Juárez, said business is not what it was in 2007. Sanchez said a surge in violence in the city’s center several years ago pushed many of his customers away.

“People don’t really talk about the violence anymore,” he said.

Sanchez said he is hopeful business will get better with more investment going into the city’s Downtown. But he can’t help but be reminded of the violence. Behind his stand, there is a large wooden, pink and black cross, a memorial to the hundreds of young girls and women kidnapped and murdered in Juárez since 1993.

Omar, an employee at the well-known Kentucky Club Bar & Grill, said El Pasoans continue to be a big part of the business. He estimates 60 percent of their customers are from El Paso. He is hopeful the investments will help businesses in Downtown Juárez.

“Things will work well for both sides,” said Omar, who declined to provide his last name.

The city of Juárez has plans for a new shopping center off of Avenida Benito Juárez on Calle Ignacio Mariscal, which was once known as the city’s red-light district. The city hopes the the multimillion-dollar investment will help rejuvenate the area.