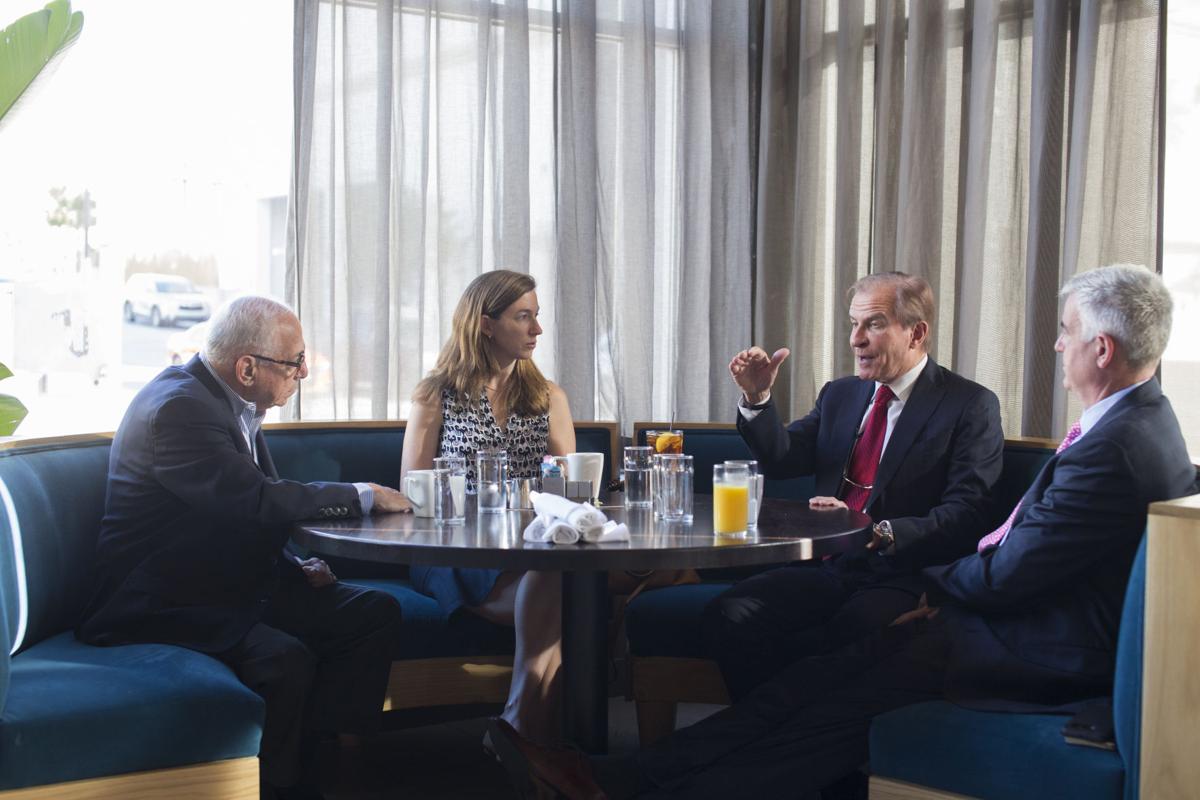 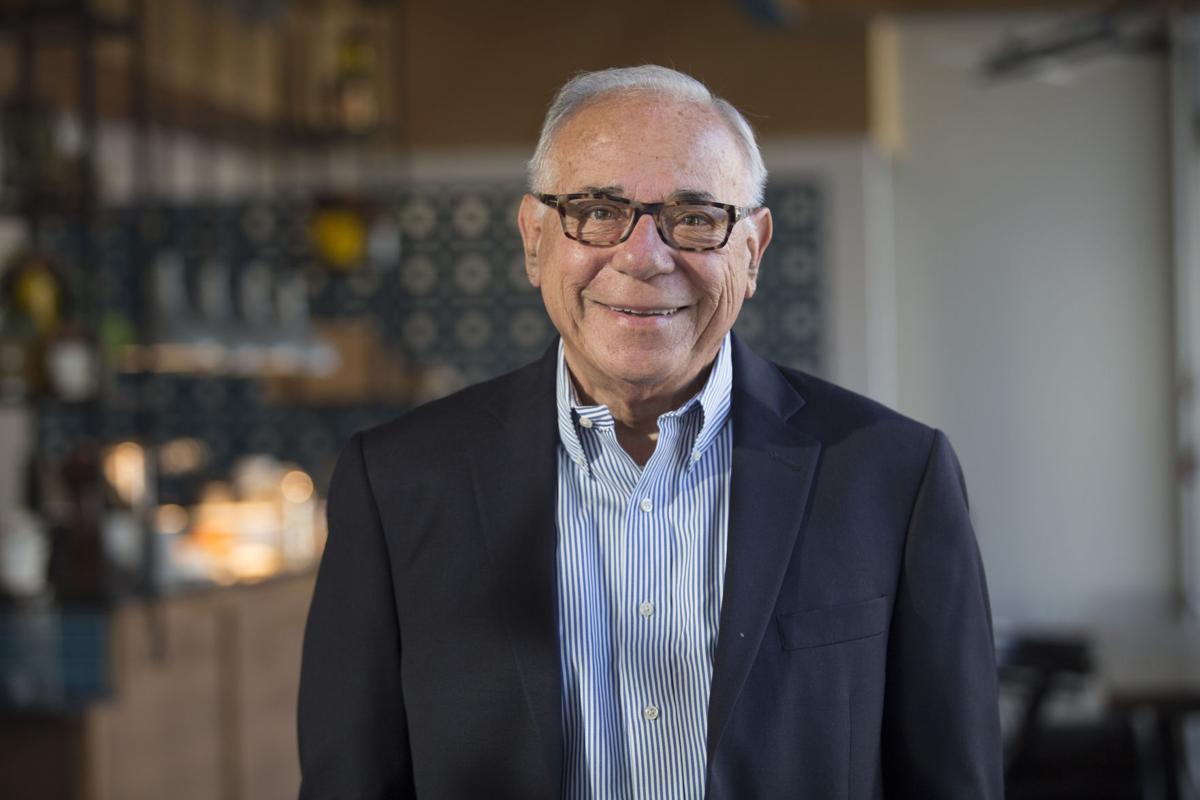 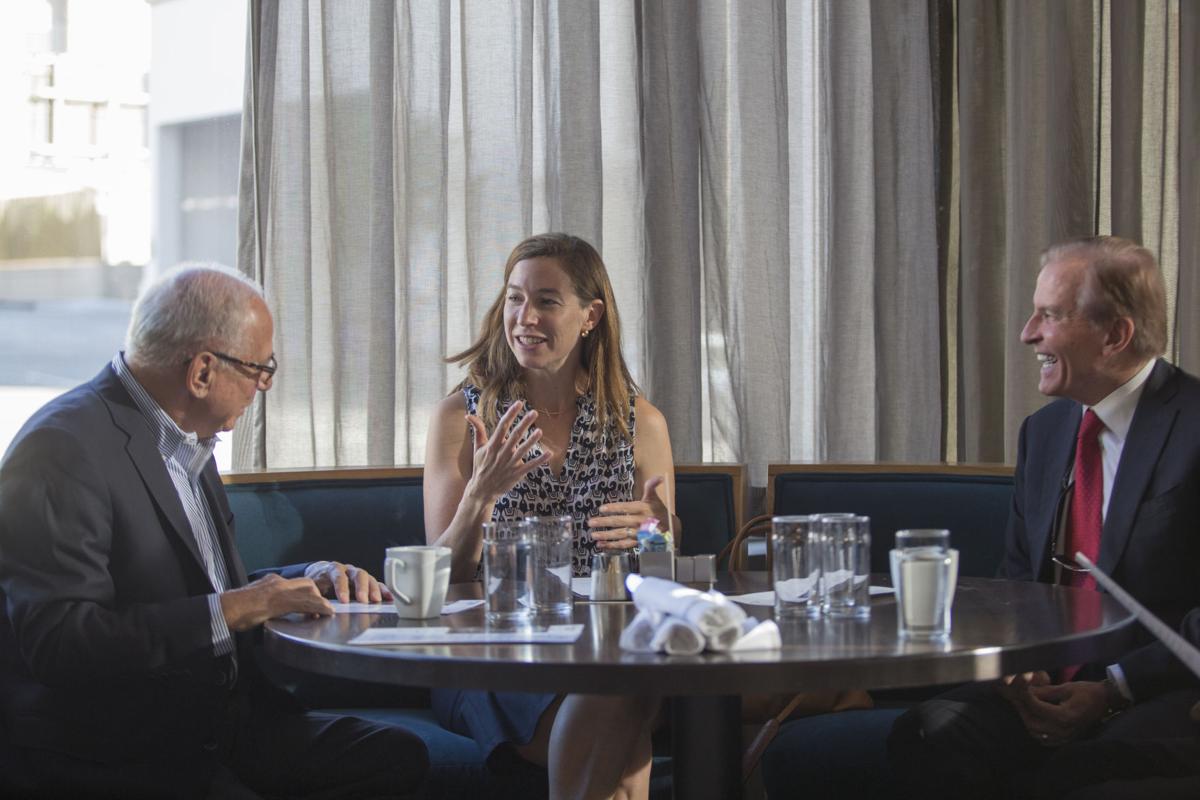 One of the speakers at this weekend’s TEDxEl Paso happens to be from the Bill and Melinda Gates Foundation, which is very interested in what’s happening academically at El Paso Independent School District.

TED is a national conference at which speakers get 18 minutes to talk on assorted topics. TEDxEl Paso is a local event at which 14 speakers made presentations this Saturday, Sept. 10, at the El Paso Museum of Art.

They include Don Shalvey, a former school superintendent, teacher, author and life-long education lover, who is deputy director of education for the foundation, which made close to 200 grants to school districts this year.

Shalvey is an effusive man who, after two previous visits to El Paso, has lots of nice things to say about the city, its people and most of all what he’s seen and heard about EPISD.

“What I have noticed from everyone I have spoken with, from cab drivers to Uber drivers to restaurant people, is they reach out to you. I just haven’t noticed anyone who doesn’t have a friendly word, a nice tone and a pleasant smile.

“There are a lot of cities that could use that kind of attitude, I can tell you.”

First impressions are just that, but they can be important.

Ask him why he and the Gates Foundation are interested in EPISD, and Shalvey has a long set of answers, none of which has anything to do with the district’s upcoming $668 million bond issue.

But it does have everything to do with the aspirations and innovations that the board of trustees and Superintendent Juan Cabrera are bringing to education, he said.

Before discussing things, however, Shalvey offered a subtle warning because when people hear about Gates, they tend to think about money, though he doesn’t put it that bluntly.

He puts it this way, “Let me start by saying one of the most difficult things about the work that I do, which is joyful and wonderful work, is managing expectations.

“That is always a difficult thing because, for the most part, we are a foundation and we do philanthropy. But we are also learners, and we are always attempting to learn and listen and understand what is taking place across the country.”

So, he said, “when someone tells us there’s some good things going in a school district – and there’s 16,000 school districts – we often try to get out there and see for ourselves.”

Word of EPISD, he said, came to him from Duncan Klussmann, who retired a year ago as superintendent of the Spring Branch school district outside of Houston, which received a $2 million Gates grant in 2012 that involved a cooperative pact the district signed with two charter schools.

“He talked so glowingly about what the school board, superintendent, principals and teachers are doing in El Paso,” he said of Klussmann. “That’s what got me to come down with one of the program officers on my team in June.”

It was then, he said, that he learned about the district’s “unfortunate past” – the corruption scandal – and about the innovation and programs that sprang from the events that followed it.

One thing Gates is interested in is EPISD’s dual-language immersion initiative and, particularly, the surprising scale of it.

“The district’s commitment to dual-language learning for all who chose that path for their future is pretty unique and interesting and important,” he said. “The district understands that education, the economy, civic engagement and the arts are all part of one important ecology for the El Paso community.

“I think when it started you had about 1,100 youngsters, and now the district intends to support in excess of 10,000 students in dual language.”

Other school districts have dual-language programs but they usually start small and stay that way because the districts won’t invest in the teachers and training to meet growing demand.

“I think your district has youngsters start and says we’ll figure out along the way,” Shalvey said. “That’s what’s unique about El Paso ISD.

“We’re very interested in learning how that comes about and how contagious it is. It’s also very surprising when the business community talks about how important and how valuable being bilingual is to your future earnings.”

The business community’s interest in education is also evidenced by the creation of the Council on Regional Economic Expansion and Educational Development, a nonprofit better known as CREEED, he said.

So, it was not an accident Friday morning to find Shalvey having breakfast with businessman Woody Hunt and Amy O’Rourke, both of whom serve on CREED’s board of directors.

But Gates likes something else, too.

“It’s the work the district is doing, starting with the laptop initiative for all the kids in high schools and moving forward with that in middle schools,” Shalvey said. “I spoke to students to get their views on how much more relevant and engaging their work was this year as a result of the laptop initiative.

“You can look across the nation and see school systems that are attempting to do this that are not doing it with the coordination and the inspiration that I think EPISD has shown.”

Gates won’t be inviting any other school districts to apply for grants this year, he said, but it will be watching EPISD.

“Were trying to support the education of youngsters across the country, so we need to make investments in various parts of the country ... and in school systems that are more remote where it’s difficult to get teachers and leadership to come,” he said.

The Gates Foundation, he said, always wants to work with a local business community and local foundations that are invested in education, and El Paso has those.

“I’ve seen a lot of school systems, and I would say personally that EPISD is an inspiring school system,” Shalvey said. “It’s joyful to be learning and listening and watching the progress of its many good initiatives.”