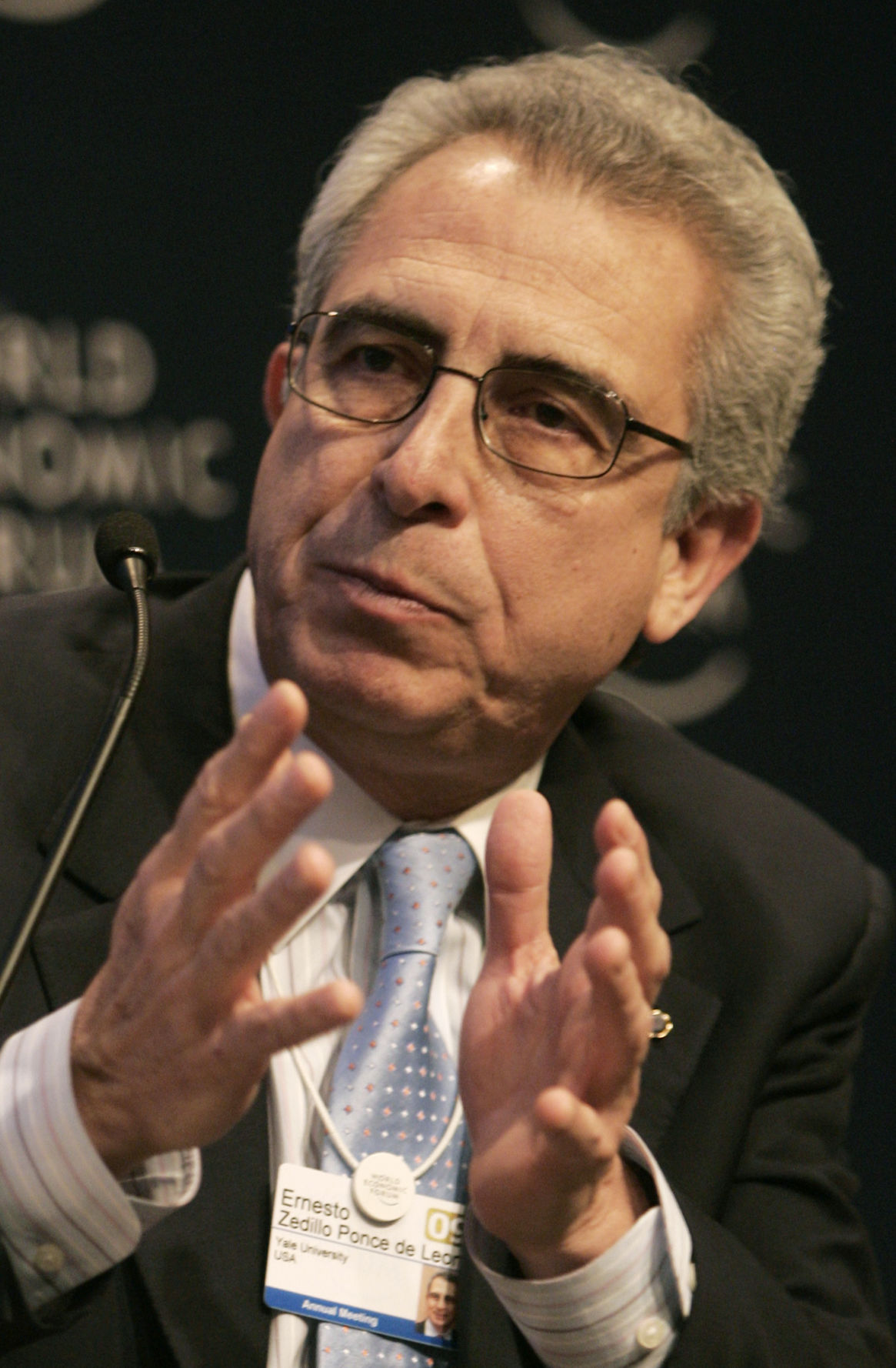 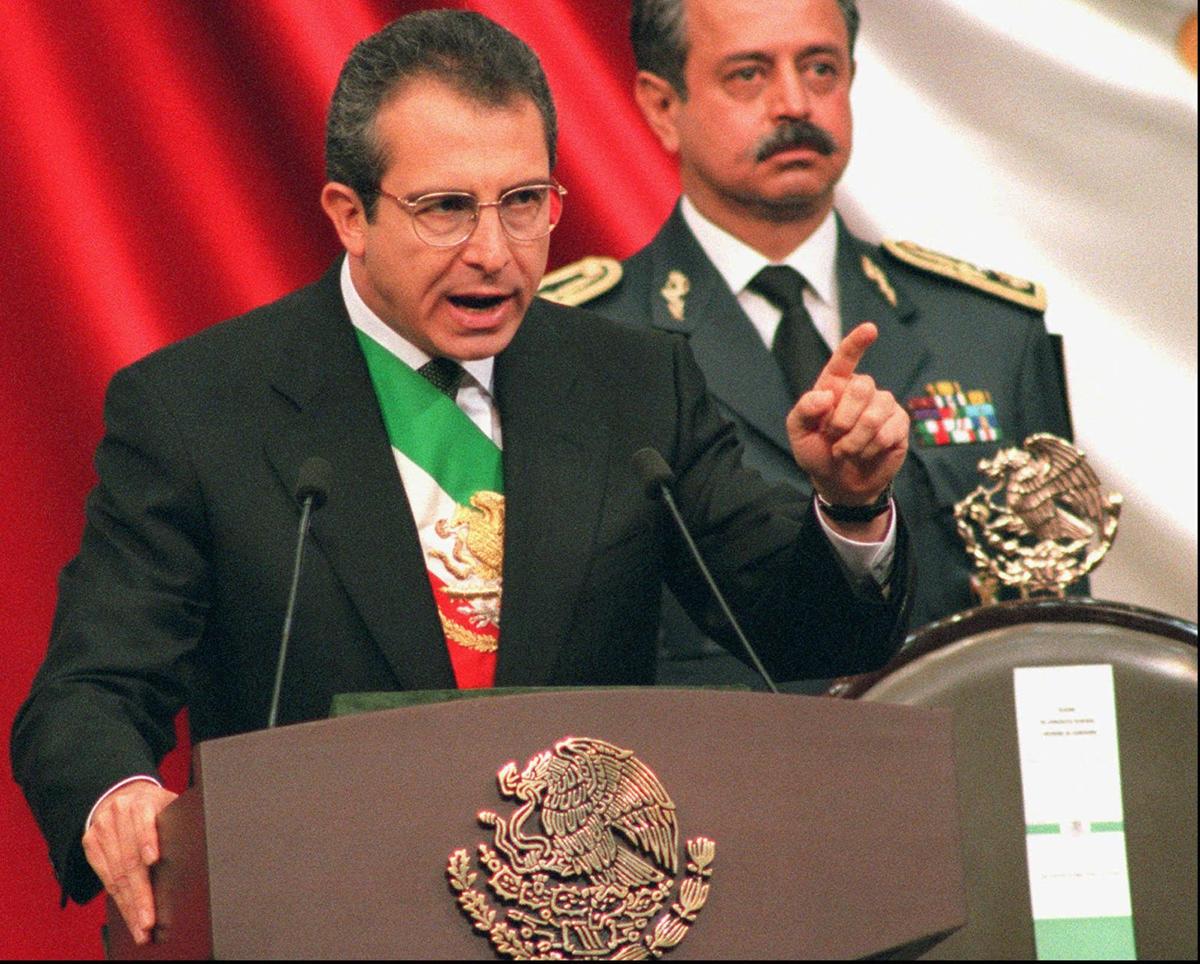 Ernesto Zedillo, a former Mexican president who is now a scholar at Yale University, will headline this year’s U.S.-Mexico Border Summit.

It has been 50 years since a sitting or former Mexican president has visited El Paso. The last time was in 1968, when Gustavo Diaz Ordaz met with U.S. President Lyndon B. Johnson, according to the Office of the Historian at the U.S. State Department

“The borderplex region historically has been an economically, politically and culturally critical region for our two great nations,” Zedillo wrote in an email. “I am looking forward to what promises to be an interesting day of dialogue and ideas at the 2018 U.S. Mexico summit.”

The border summit is scheduled for Aug. 15, and is being organized by The Borderplex Alliance, a private-sector led regional economic development organization, and the Mission Foods Texas-Mexico policy research center at Southern Methodist University.

The summit will include panel discussions on a number of border-related topics, including trade, infrastructure, politics, elections and manufacturing.

In his keynote, Zedillo is expected to provide insight into the ongoing trade talks between the U.S. and Mexico and the impact of the Trump administration’s policies on border business. The summit will be held just before the midterm elections in the U.S. and follows the recent election of Andres Manuel Lopez Obrador as president of Mexico.

“The timing of this conference will be incredible,” said Jon Barela, CEO of The Borderplex Alliance. “The Mexican elections that just took place are historic, and I am sure much of the discussion will focus on the results of the election as well as how we move forward in communicating and continuing our relationship with new governments.”

The Trump administration began implementing steel tariffs in early May, and Mexico has hit back with tariffs aimed at the U.S. agricultural industry.

“We are clearly in uncharted territory. You have two individuals who, on the surface, appear antagonistic toward each other and toward the relationship (between the U.S. and Mexico),” Barela said of the two presidents.

Trade experts estimate the relationship between the U.S. and Mexico supports up to 6-million U.S. jobs, including 460,000 in Texas. Trade with Mexico has become a $90-billion business.

Luisa del Rosal, executive director of the Mission Foods Texas-Mexico Center, said they hope by bringing experts together on the border they can highlight “what’s at stake” in the U.S.-Mexico relationship.

“These tariffs as they are being imposed is about politics,” Rosal said. “They are not about economics.”

She said Zedillo, who is the director of the Yale Center for the Study of Globalization, can provide an in-depth understanding of the trade negotiations and history of the U.S.-Mexico relationship.

Zedillo served as president of Mexico from Dec. 1, 1994 to Nov. 30, 2000. His presidency marked the ending of the Institutional Revolutionary Party’s 71-year rule in Mexican politics.

He is credited with handling one of the country’s worst economic crises. A few weeks into his first term, the peso collapsed, along with the rest of the Mexican economy, sparking a banking crisis. The event became known as the tequila crisis.

Zedillo’s political reforms are also credited with providing a path for Vicente Fox, who is a member of the National Action Party, to win the presidency in 2000.

Former Mexican presidents don’t often talk about current events in the country, Rosal said. And Barela said he hopes many come to listen to what Zedillo and the other panelists have to say.

“He has been a voice of reason, and it’s a speech that any observer of our bilateral relationship cannot miss,” he said.

Panelists and moderators include:

JUÁREZ, Mexico – Thousands of Juárez voters made their way to the polls on election day and overwhelmingly supported a sweeping movement promi…

JUÁREZ, México – A review of thousands of ballots cast for federal and local offices in El Paso’s sister city has delayed any official announc…