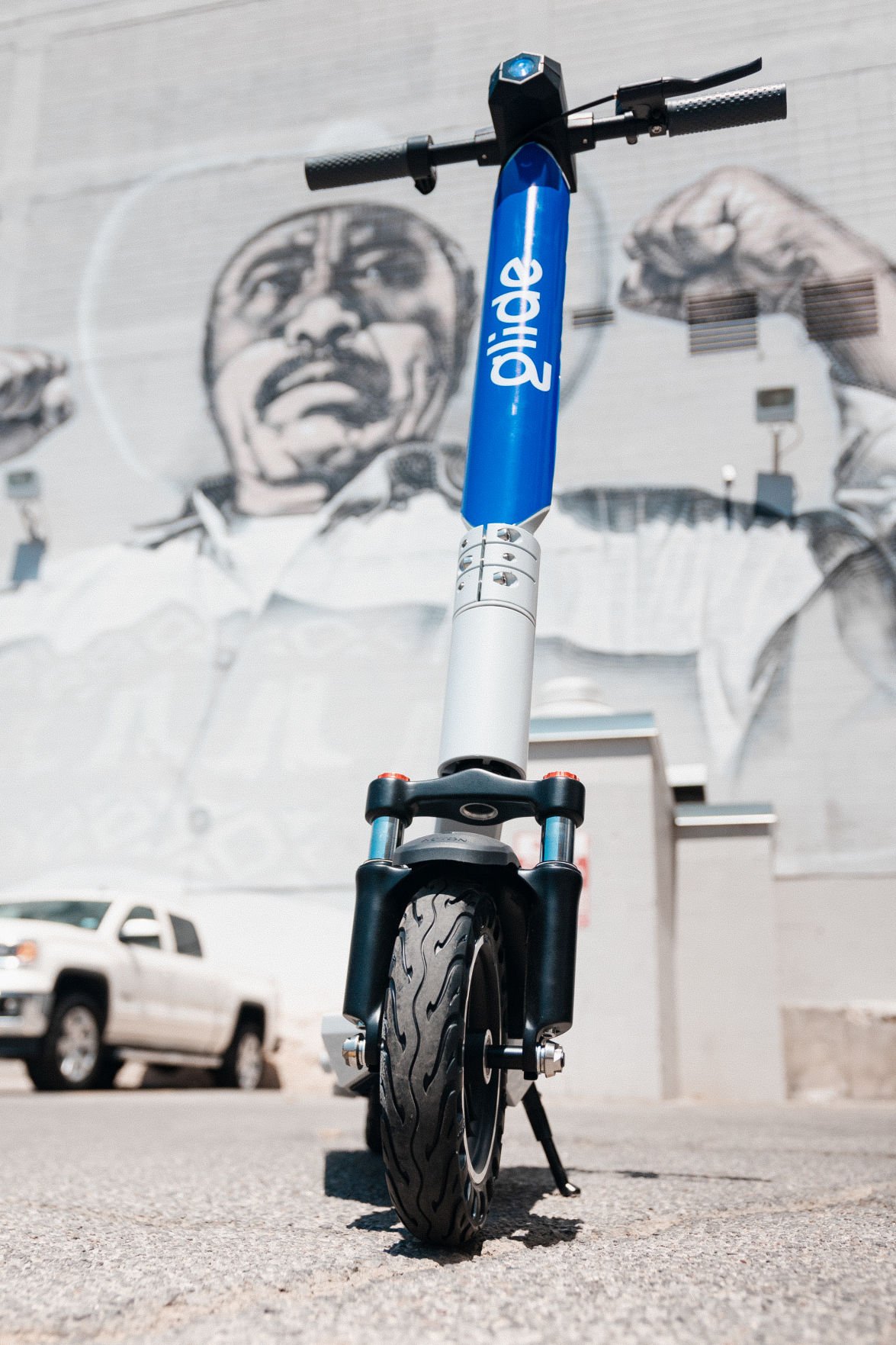 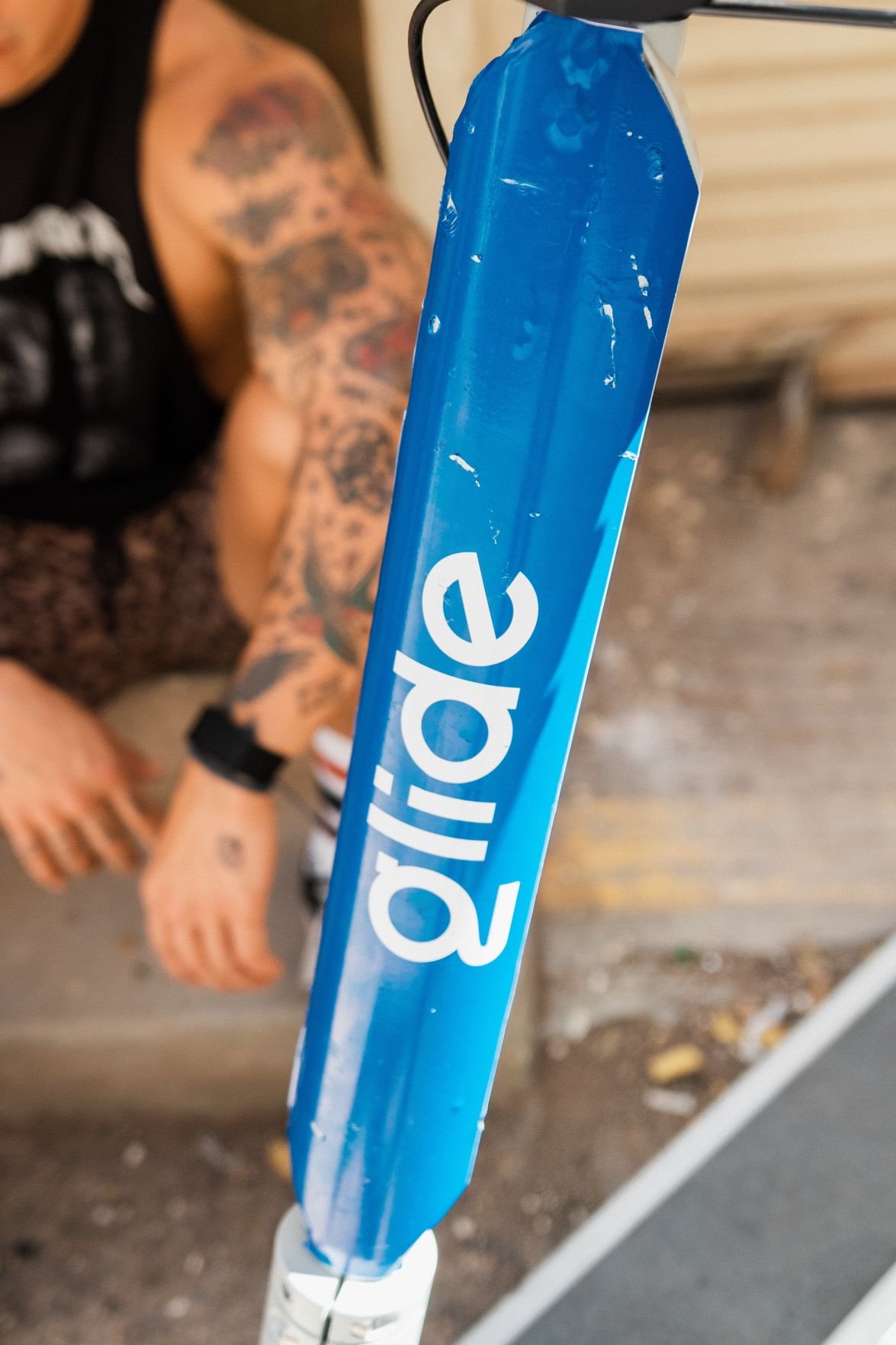 Glide is permitted to operate 200 electric scooters in Downtown. The El Paso company is expanding to other cities

Glide is permitted to operate 200 electric scooters in Downtown. The El Paso company is expanding to other cities

The El Paso tech startup that brought the shared electric scooter craze to Downtown has secured funding to fuel its expansion into other cities.

The fund, which invests in early stage ventures in the region, is backed by El Paso heavy hitters Alan Russel, CEO of Tecma Group; Ricardo Mora, CEO of Technology Hub Juárez; Miguel Fernandez, CEO of Transtelco and other investors.

“We’ve listened to pitches by other mobility companies, some not from this region, but we really liked the team at Glide and what they put together – that they had already gone out to market with their own money and had tested the market,” said Mora, executive director of the fund.

Saba Investments and Glide declined to disclose the amount of the investment.

“It was significant enough that we feel we have the ability to go into any market and compete with any of the major companies,” Glide chief executive Jonathan Lopez said.

Since 2018, startups like California-based Bird and Lime have received hundreds of millions of dollars from investors and expanded aggressively, dropping thousands of scooters in cities across the U.S. – sometimes without approval.

Glide has taken a friendlier approach, working closely with the city of El Paso and residents before launching here. It hopes to position itself as the polite scooter company as it expands to markets that may be overlooked by the big players in “micro-mobility,” which include Uber and Ford.

“There are a lot of companies trying to shift the narrative and saying they are city-friendly,” Lopez said. “But we have done that from the beginning, and we have a proven track record.”

Working with the city of El Paso meant launching with fewer scooters and extra expenses, including hiring “ambassadors” who keep an eye out for the scooters and ensure they look neat, are used appropriately and are put away at night.

Even so, Glide is profitable, Lopez said.

He was inspired to get into the shared scooter business while on a trip to San Diego with his wife and one of his business partners.

The scooters “were everywhere and people in suits were riding them from building to building, and I was like, what the heck? I thought that I had to try it.”

Since it was founded in April, Glide’s growth has outpaced their expectations, executives say. The company launched a second fleet of scooters in El Paso in August and is now permitted to operate 200 in the Downtown area.

Lopez said they were connected to Saba Investments by the Hub of Human Innovation, an El Paso-based startup incubator. The Glide executives made their pitch to investors, and after several meetings, landed the funding.

Lopez declined to say what cities Glide is expanding into but said he and his partners have already started the process of obtaining permits and meeting the cities’ insurance requirements.

“We are in the process of negotiating with multiple cities and universities,” he said.