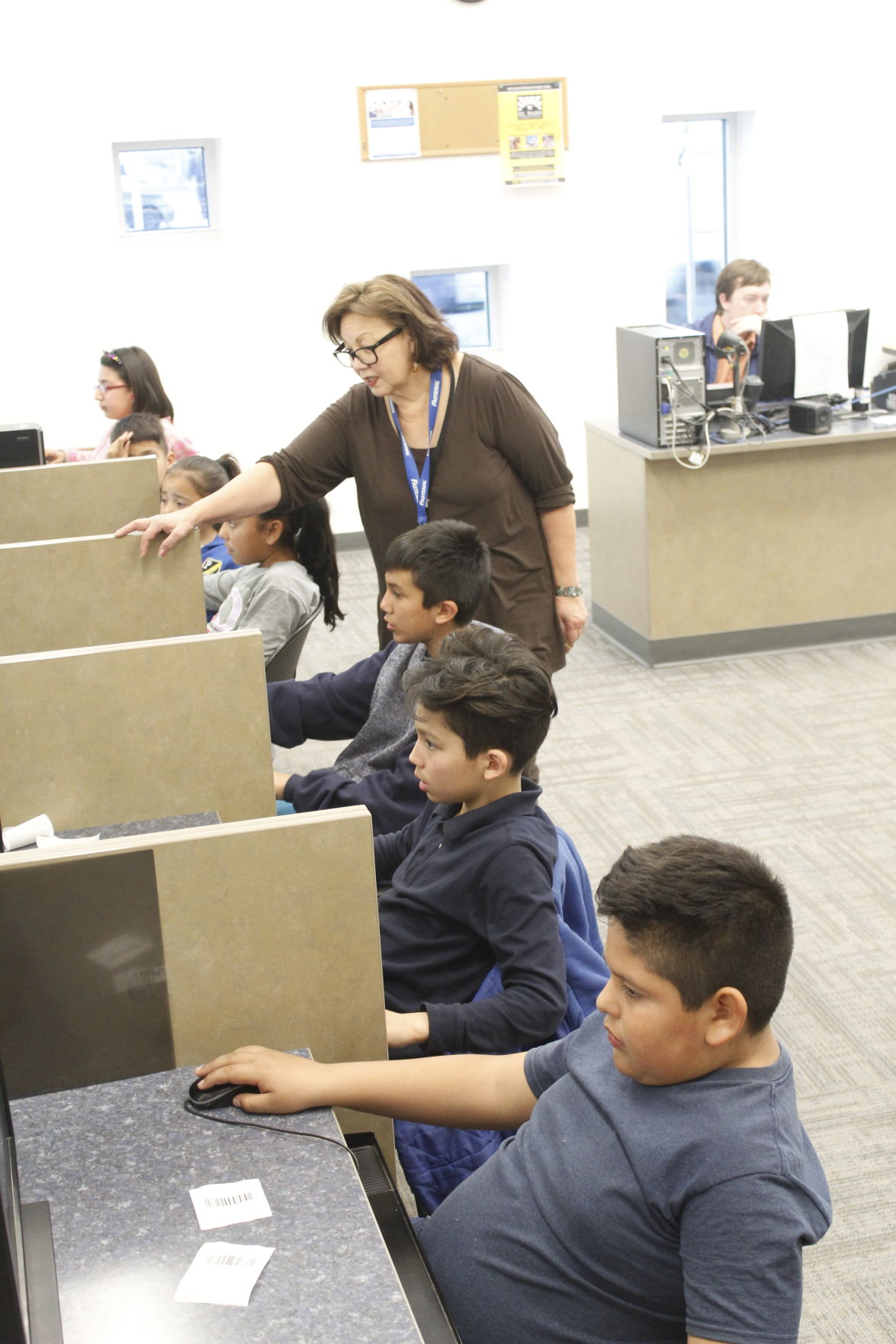 At the Armijo Library in South El Paso, branch manager Martha Holguin, center, asked students, ‘How many of you don’t have computers at home or internet?’ Hands went up. 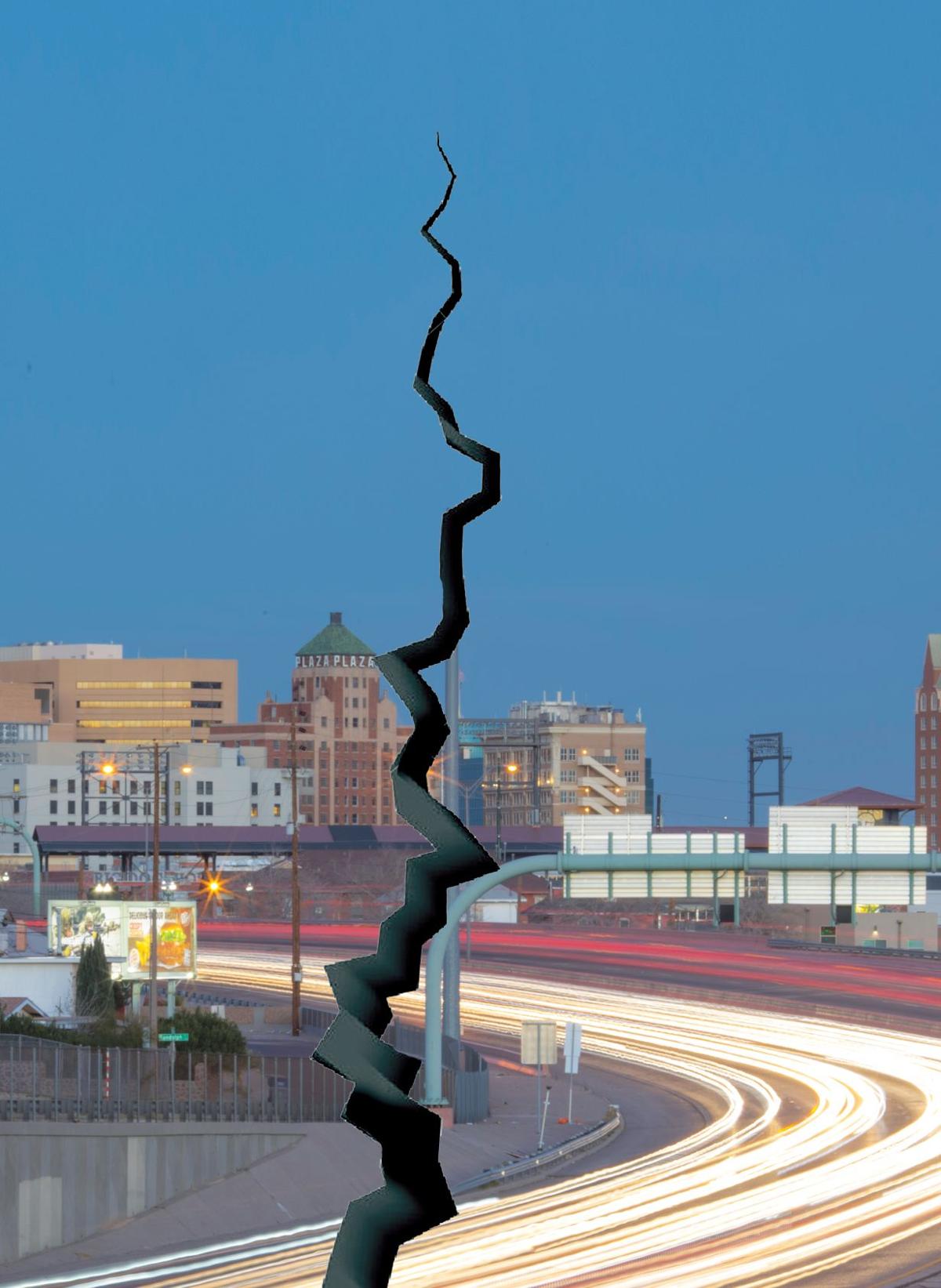 At the Armijo Library in South El Paso, branch manager Martha Holguin, center, asked students, ‘How many of you don’t have computers at home or internet?’ Hands went up.

El Paso has a rising economy and a 4 percent unemployment rate that many other cities can only envy, but it’s also the 13th worst big city for high-speed internet connectivity.

And that’s a big problem when it comes to education, jobs and skills for a large segment of lower-income residents who make up a large part of El Paso’s population – especially school children.

Although the issue is being aggressively addressed by other cities, including San Antonio and Dallas, which is 14th on the list, it only recently came to light as a serious and widespread problem in El Paso.

The Greater El Paso Chamber of Commerce is now interested in working with the Federal Reserve Bank of Dallas and wants to convene a summit of leaders and institutions to address what’s being called the digital divide.

“El Paso’s the 13th worst-connected city in the nation, and the chamber would definitely like to help to make El Paso the 13th best-connected city,” said Steffen Poessiger, chamber board chair. “We’re not 100 percent sure how to get there at this point, but we’re trying to learn and we’re in that process.”

The Federal Reserve, which is calling on banks to invest to help cities expand internet service nationwide, calls broadband internet access the fourth essential utility in the country – after electricity, gas and water service.

“When electricity first came on the scene, who were the only ones who had it?” Poessiger said. “Those who could afford it, and that’s where we are today with broadband internet.

“We’re exploring all avenues to see what the best practices are in those cities that rank 13th best or higher.”

The person who brought the issue to the chamber’s attention was Natalie Littlefield, a program specialist at Workforce Solutions Borderplex and volunteer chair of the chamber’s education and workforce committee.

For her, the light came on in November when she found a footnote in a job skills report commissioned by Workforce with a link to a 2016 Federal Reserve Bank report, “Closing the Digital Divide.”

It included the list that ranks El Paso 13th worst in the country when it comes to internet connectivity along with Dallas at No. 14 and Plano, a Dallas suburb city, as No. 1.

Littlefield said it lead her to the realization that the lack of internet service in El Paso in many poor neighborhoods is a bigger problem than most people realize.

“If you don’t have access to the internet, it doesn’t just prevent your ability to learn digital skills, it probably prevents you from doing a whole lot of things, like homework or paying your bills or finding a job,” Littlefield said.

Discussions led to a meeting at the Chamber of Commerce last Tuesday that included bankers and a presentation by Jordana Barton, a senior advisor with the Federal Reserve Bank of Dallas, who wrote the 2016 report.

Barton has worked with communities and colonias in South Texas, San Antonio and Dallas to address the lack of internet access.

“Now the Federal Reserve is calling on cities as a best practice to make digital inclusion part of their economic development plan,” said Barton, who grew up in a South Texas colonia. “It is so integral to everything.

“And everything that I wrote in the Digital Divide piece and in new pieces that are coming out this year is really showing beyond a shadow of a doubt that this is integral to people participating in the economy.”

No one from the city of El Paso could be reached for this story, but the city has sought to expand internet access by providing Wi-Fi at recreation centers and libraries.

EPISD has also increased Wi-Fi signals at some schools to serve surrounding neighborhoods and has plans to pay for increased Wi-Fi access around all of its schools with bond funds.

Many students who now have school-provided laptops and tablet computers also have homework assignments that require internet access, and that raises problems for students who don’t have internet at home.

At the Armijo Library in South El Paso, branch manager Martha Holguin said students often come there to do their homework. The library will be offering portable hotspots that students can check out and take home for internet access.

“The other thing is we do have computers here for students to use,” Holguin said.

One evening last week, there was a child at every computer. Some were doing homework while others surfed or played games.

“How many of you don’t have computers at home or internet?” she asked, and hands went up.

It’s the same at the nearby Boys & Girls Clubs, said Sandra Escobar, who was holding down the front desk last Thursday.

“We do hear that they don’t have internet access at their home, and when they do their homework here, unfortunately they may not know how to use the internet because of not having it at home,” Escobar said.

Socorro Independent School District chief academic officer Alisa Zapata-Farmer said the district provides many of its students with computers to take home along with portable hotspots and is working with one company to provide internet service in the community that would be free to school-age children.

The district has 46,000 students and some live in very poor colonias.

“That’s not only for a learning experience, we want their parents to have access to the internet, too, so they can pay their bills and so their kids can show them how to shop. It’s a generational thing.”

The digital divide report can be found online at www.dallasfed.org/cd/pubs/digitaldivide.