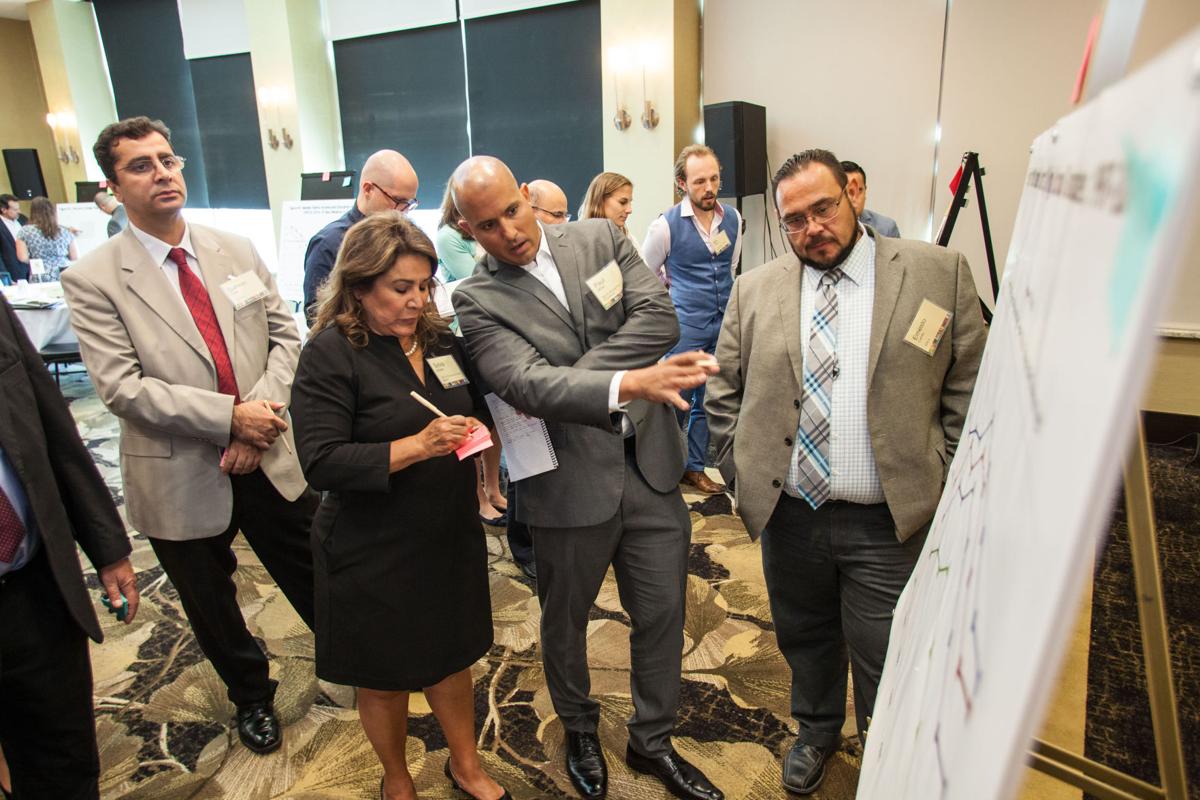 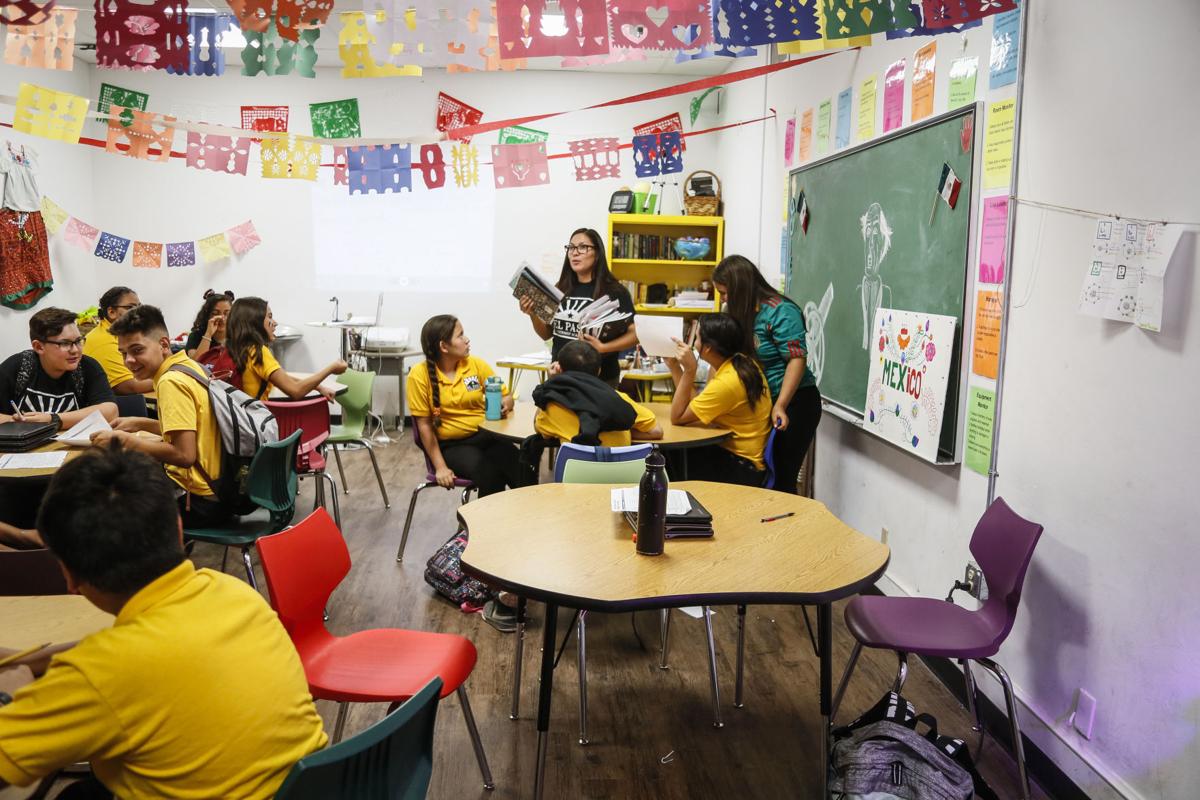 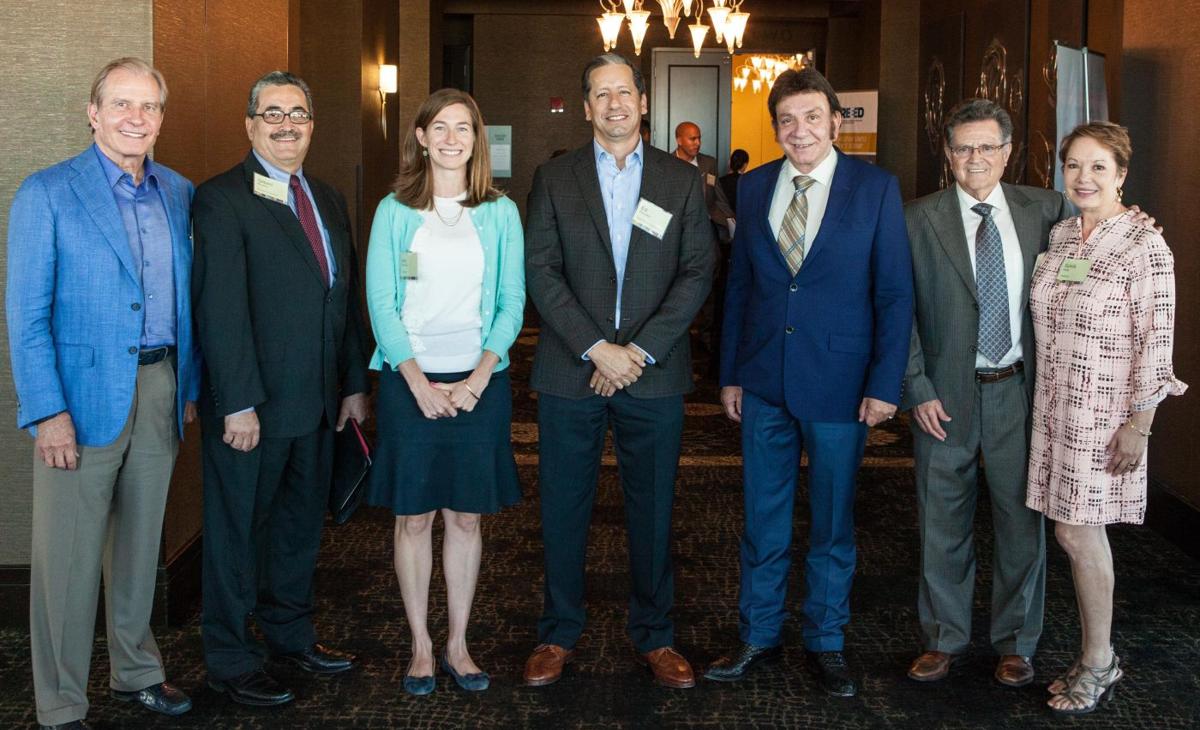 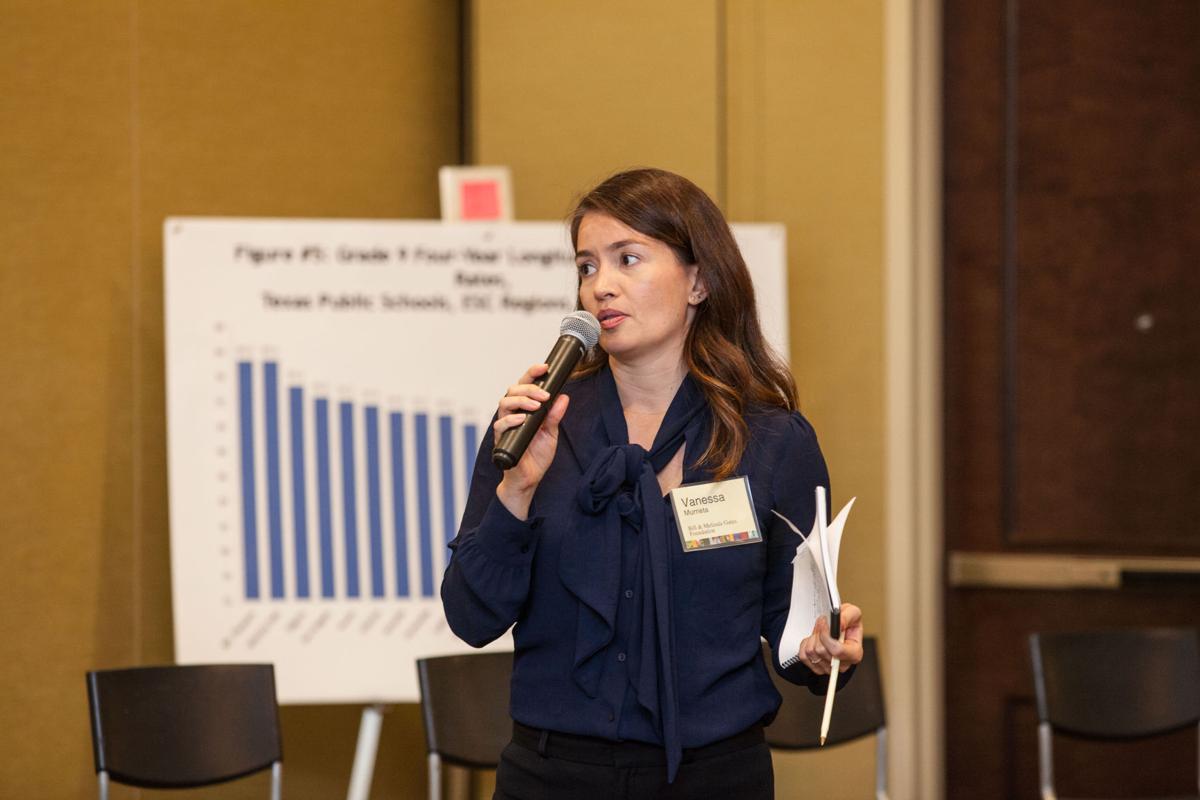 Vanessa Murrieta, a program officer at the Bill & Melinda Gates Foundation, which has become increasingly interested in El Paso.

Vanessa Murrieta, a program officer at the Bill & Melinda Gates Foundation, which has become increasingly interested in El Paso.

Nearly a dozen charter school districts from around the country made their pitch at a private education summit in El Paso last week.

Hosted by local business leaders, the summit included some of the country’s fastest growing charter school districts and education officials with the Bill & Melinda Gates Foundation.

Although charter schools – schools that are publicly funded but privately run – have expanded rapidly in Texas and other parts of the country, the movement has been slow to catch on in El Paso.

But the El Paso education system is on the cusp of a significant change as a wave of charter school districts look to bring their brand to the El Paso market – each with a unique approach to education.

“El Paso is very underserved in terms of not having very many children in charter schools,” Tom Torkelson, IDEA’s founder and CEO, told El Paso Inc. “This is a real opportunity for El Paso to make some big strides and catch up and, I think, even surpass some of the larger metropolises in Texas.”

“It was a good turnout,” said Richard Castro, the chairman of the CREEED board. “It was possibly curiosity and to learn more about the charter schools.”

CREEED, a nonprofit formed by El Paso community leaders and businesspeople, has been working to attract charter school systems to the region as part of an effort to improve El Paso’s education system.

They hope to encourage more charter school networks to expand into El Paso, where about 2 percent of the student population attends a charter school, a lower percentage than other Texas cities.

“(Charter schools) understand the waiting list that exists for the charter schools in El Paso,” Castro said. “They realize there’s a demand. I think families want choice, and I feel that provides them with a choice that’s not going to cost them.”

Charter schools, which are free to attend, have been controversial. Those who support charter schools say they provide parents with more education choices and serve as incubators for innovation. Those who oppose them say they plunder the public school system, cherry pick students and lack sufficient oversight.

“I think inevitably there has to be some form of collaboration (with charter schools),” EPISD Superintendent Juan Cabrera said. “If we are fighting for the same kids, we are going to have empty buildings.”

In March, during a board of trustees meeting, former board president Dori Fenenbock said the district had lost about 5,300 students since 2012.

The reasons varied and did not focus on losses to charter schools. But the numbers highlight the challenges faced by the district as more families move to the fringes of El Paso, hollowing out the city.

The numbers showed the district had lost $30.6 million in the five-year span. And this year EPISD is projected to lose about 930 more students, resulting in a loss of about $5.7 million in revenue.

“I just think it is very common across America,” he said. “El Paso is just getting to the party a little bit later.”

Cabrera said he is open to partnering with a charter school network. He hopes El Paso can model Denver, Colorado, where school districts have incorporated charter schools alongside traditional schools.

“If we wanted to partner and take one in, we could probably do it better,” he said. “That would be the competitive reason to do it.”

Omar Yanar, a founder and CEO of El Paso Leadership Academy, said charter schools are good for El Pasoans who are looking for more choices. But he is concerned by some of the charter school network’s aggressive growth philosophies.

“What I’ve seen from some of the folks that are coming in is they’ll open up right in front of a (traditional) public school on purpose to essentially shut it down,” Yanar said. “I’ve seen this in Denver; the charter will absorb the public school, and the community school is gone.”

The charter school networks looking at or expanding into El Paso each have unique business models and education philosophies.

IDEA officials often emphasize the fact that 100-percent of its graduating seniors are accepted into college. They also highlight their focus on individualized learning and AP high school courses. IDEA schools have strict dress codes and guidelines.

Ernesto Cantu said they are not trying to encroach on existing public schools.

“It’s very challenging for us to open up a school where we don’t have a lot of population” he said. “There’s definitely a need for our schools.”

Harmony Public Schools, which recently opened a third El Paso campus, emphasizes STEM education – science, technology, engineering and math. One of the largest charter networks in the country, it has developed a reputation for rigorous education.

KIPP is a nationwide network known for its focus on under-resourced communities, which tend to be communities of color. KIPP often works in collaboration with existing school districts to identify the needs of particular communities.

Talks are in the early stages, but a spokesperson for KIPP said if the organization expanded to El Paso, it would be in collaboration with a school district.

“KIPP does not currently have plans to start schools in El Paso,” spokesperson Steve Mancini said. “El Paso is one of the communities in which we are exploring what we might do to contribute to better outcomes in school and life