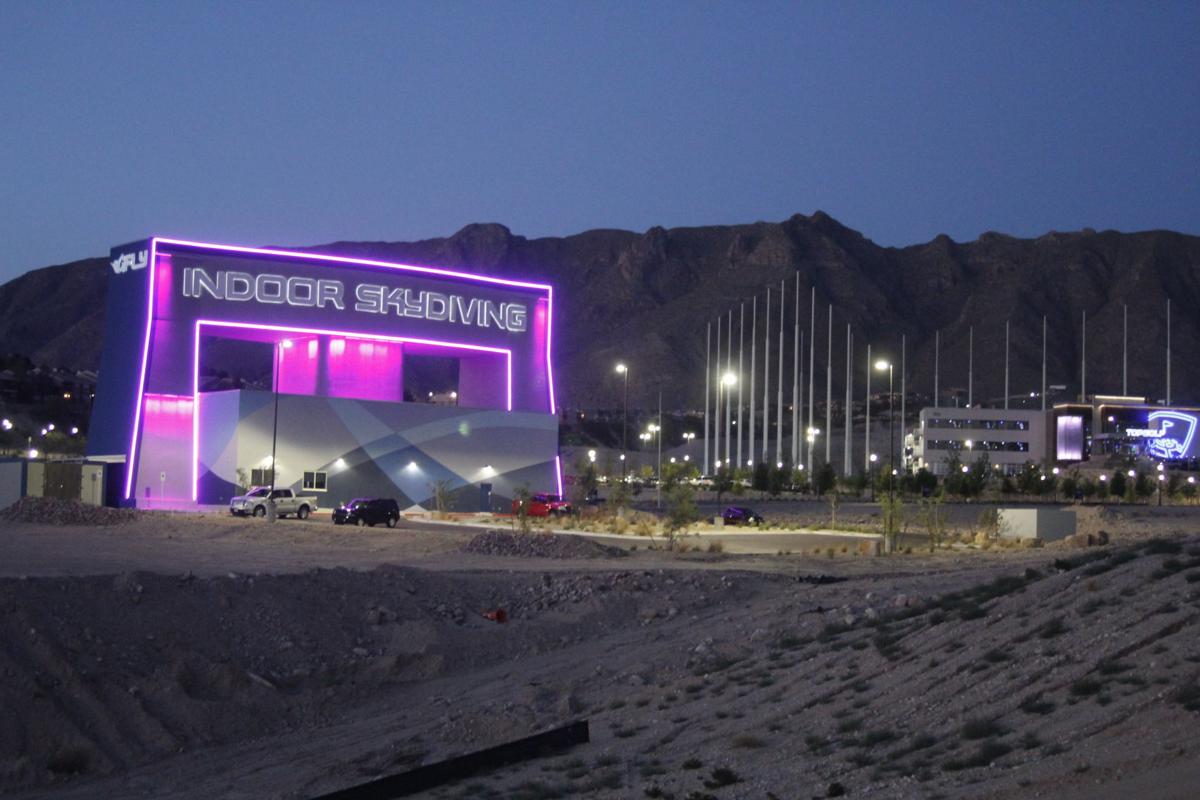 iFly remains in business at 430 Vin Rambla and trustee Ryan Little says ‘The company is doing just fine.’ But it is scheduled to be auctioned off in a foreclosure sale July 2, according to the legal notice. 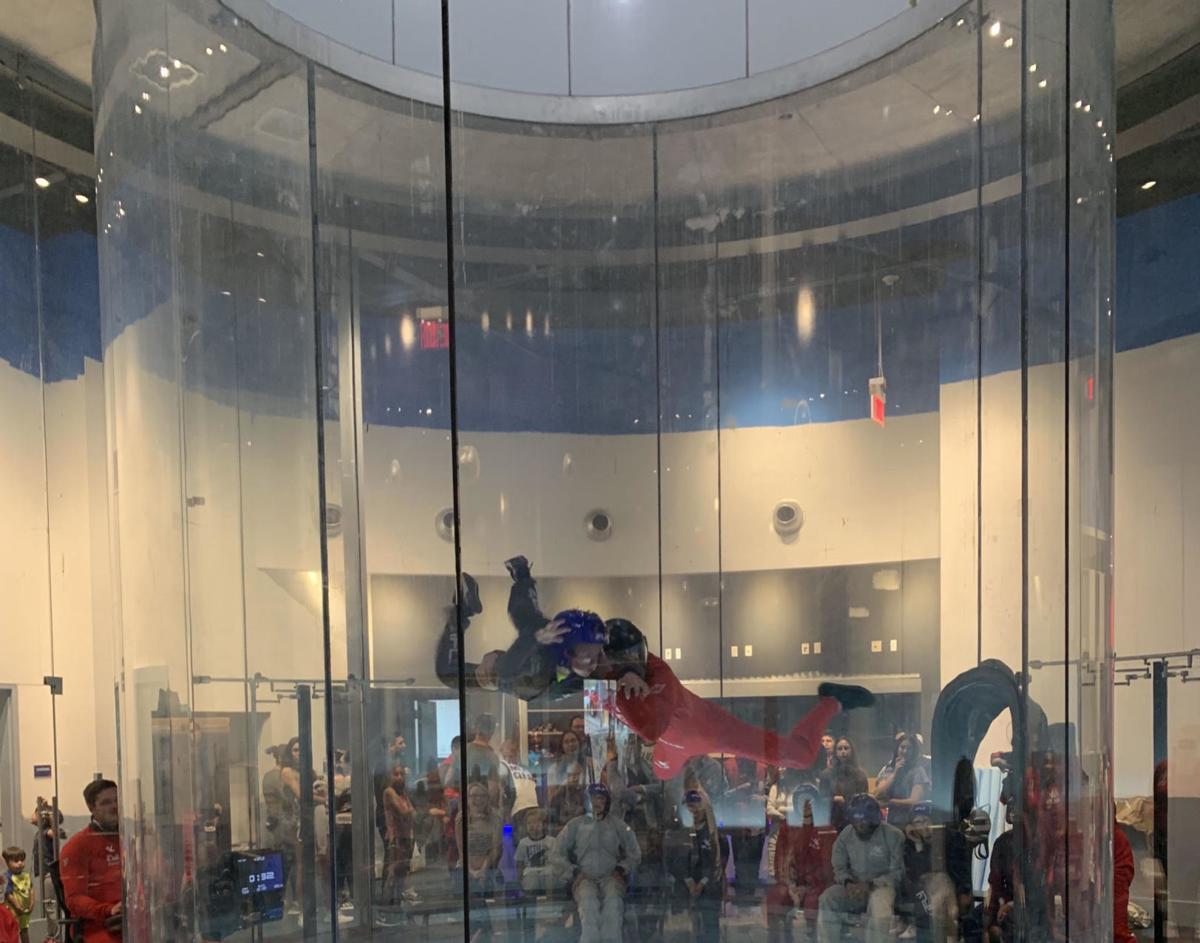 iFly instructor Eric Jackson flies with a customer in March shortly after the indoor skydiving facility opened on the Westside. 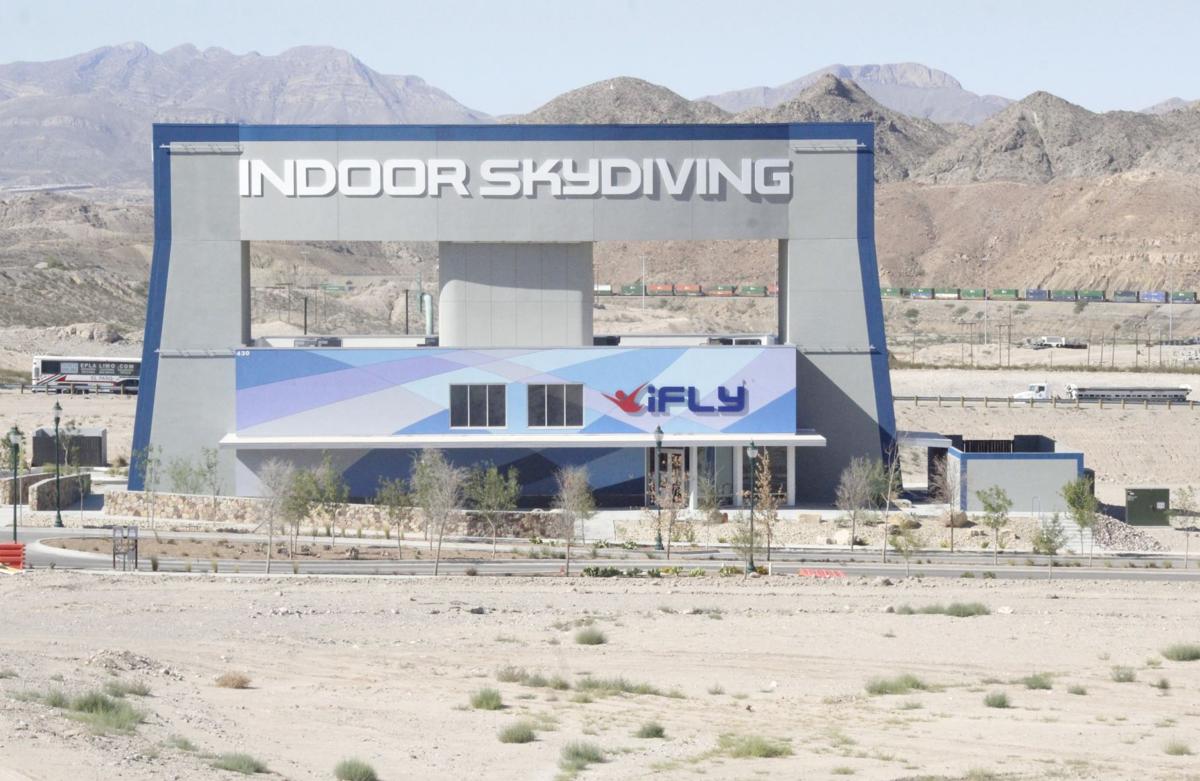 iFly El Paso is visible from Interstate 10 on the Westside.

iFly remains in business at 430 Vin Rambla and trustee Ryan Little says ‘The company is doing just fine.’ But it is scheduled to be auctioned off in a foreclosure sale July 2, according to the legal notice.

iFly instructor Eric Jackson flies with a customer in March shortly after the indoor skydiving facility opened on the Westside.

iFly El Paso is visible from Interstate 10 on the Westside.

iFly, a novel entertainment venue that offers customers a dose of skydiving, opened at Montecillo on the Westside in April, but it’s apparently going to be auctioned off in a foreclosure sale July 2.

The legal notice of the 1 p.m. auction at the El Paso County Courthouse in two weeks calls for payment of a $10.5 million promissory note held by Lynda Sharpe who lives near Vancouver, Canada.

Her trustee is attorney Ryan Little of El Paso-based Mounce Green law firm, who will be conducting the sale. He confirmed that she is holding the debt owed by the entity that owns the business and property, Flyzone LLC.

Sharpe is partners in the company with Bill Adams, a former Green Beret and co-owner of the iFly franchise in Seattle, according to his LinkedIn profile.

Little conceded that the foreclosure seems puzzling because it appears she is suing the company she and Adams own. And, she is.

“Lynda is essentially foreclosing on herself and her partner,” Little said. “But this is not an operational issue. The company is doing just fine.”

But iFly El Paso is clearly visible from Interstate-10, and the customer parking lot is often empty or only has one or two vehicles when it is occupied.

Little sought to explain that, saying the iFly skydiving experience only accommodates 12 to 15 people at a time, so the lot may look empty compared to the parking lot at the nearby Topgolf, which is often packed.

General Manager Freddy Silva declined to discuss the situation when El Paso Inc. visited last week, except to say, “We are open.”

The one-acre property is valued for tax purposes at $713,267 by the El Paso Central Appraisal District.

The iFly El Paso site is on the southern edge of Montecillo, tantalizingly close to the interstate but inaccessible from it because the planned Mesa Park interchange has not been built yet. It’s not visible from Mesa or easy to find.

iFly’s foreclosure sale came as a surprise to the city’s economic development director, Jessica Herrera, among others.

“Regarding that situation and what they are going through right now, I cannot speak to that,” Herrera said. “I’ve been trying to get a hold of their ownership and the representative that we’ve got under contract as it relates to our incentives.

“But it’s my understanding that they’re out of the country, so I can’t speak to that.”

The incentive package for iFly is modest compared with that of Topgolf and includes no incentives from the county, which often works with the city in offering property tax reductions to help new ventures make the move to El Paso.

The city provided iFly with a three-year incentive package worth $163,863 that included rebates of construction permit fees and sales taxes, but not property taxes. The city has not paid out any of those rebates yet, according to Herrera.

Incentives, she said, are carefully calculated to help new ventures make it in their early years in El Paso.

“It’s very challenging to these retailers when you look at a market like ours,” she said. “Even when it’s a very significant population, it’s still challenging because they cannot get the economic data from Juárez, which is a very, very big part of our retail businesses and our economy.”