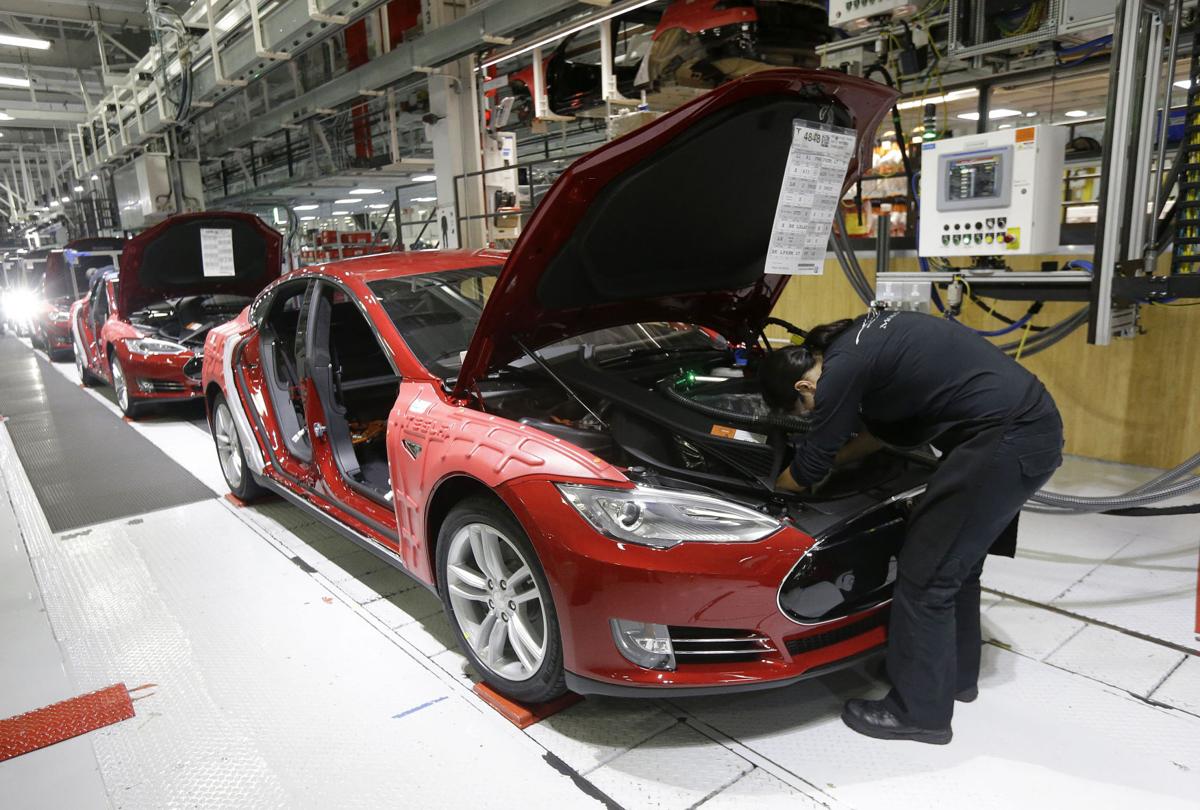 Model S cars in the Tesla factory in Fremont, California 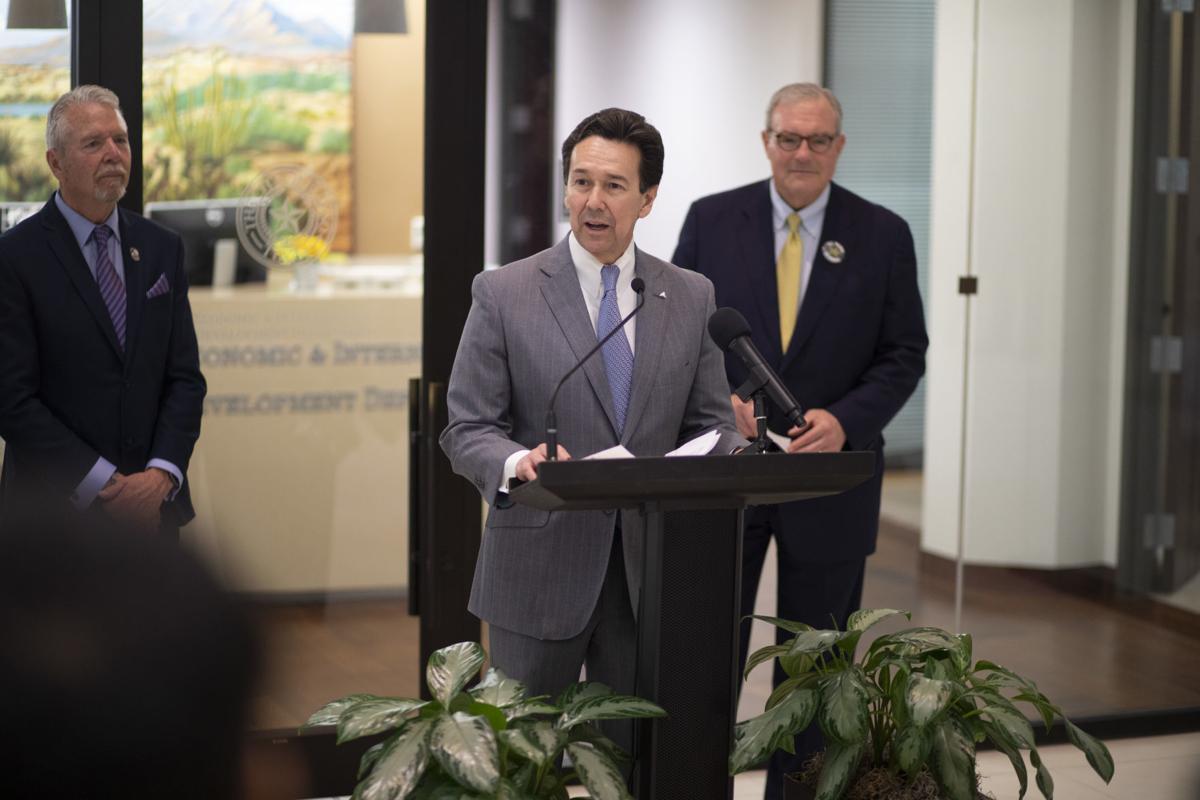 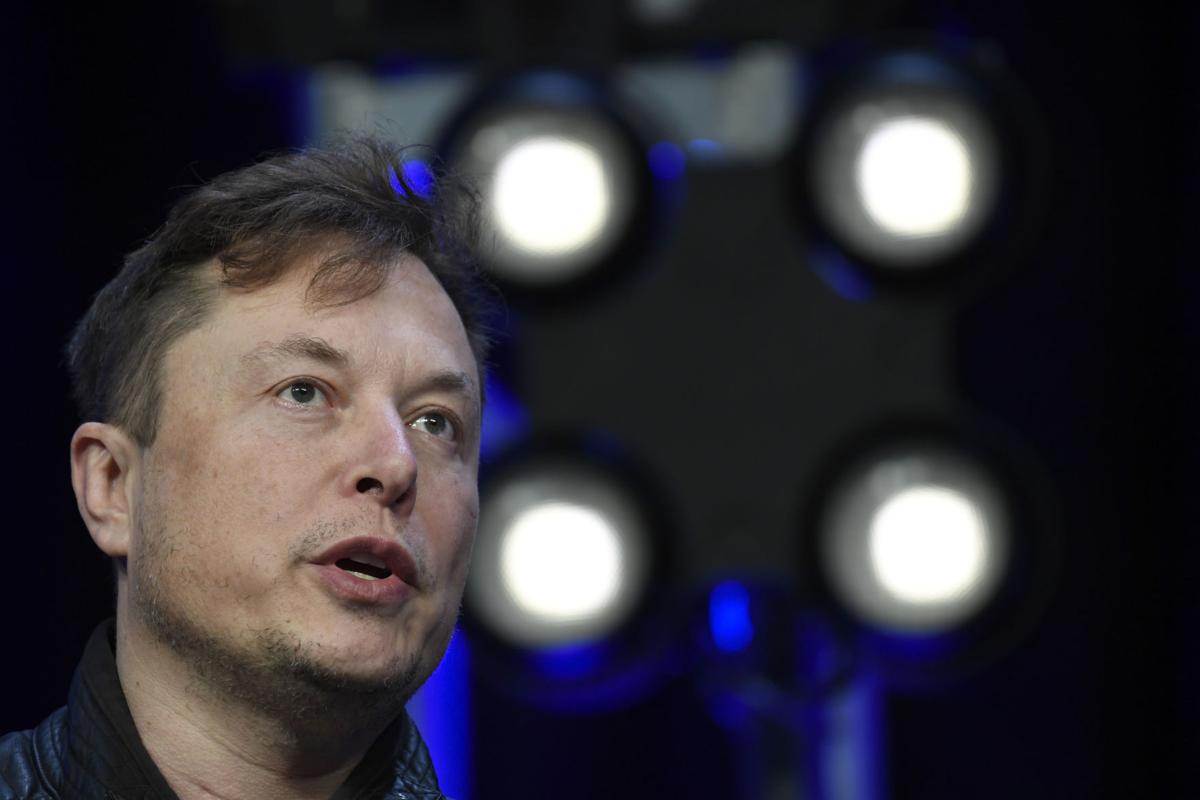 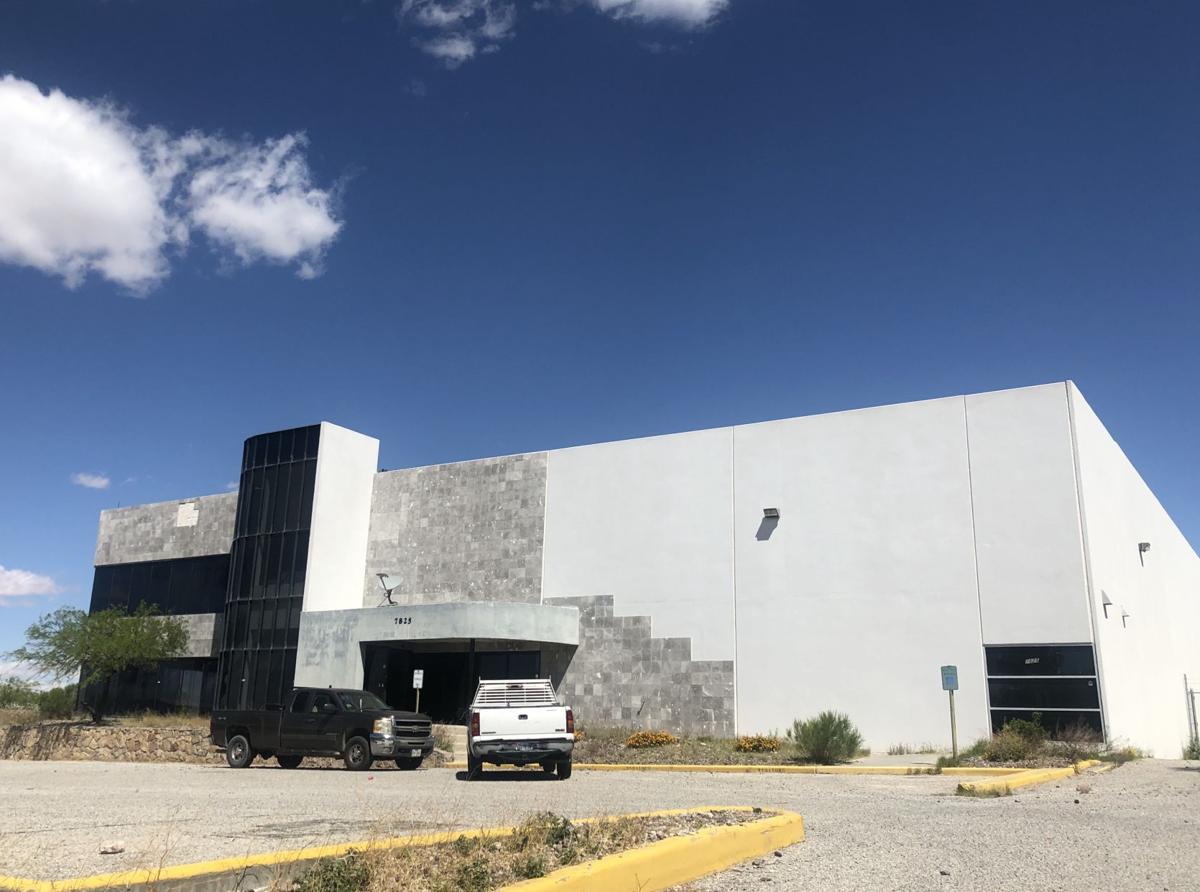 Records filed with the state show Tesla has plans for a sales, delivery and service center at 7825 Helen of Troy. The company did not respond to a request for comment.

Model S cars in the Tesla factory in Fremont, California

Records filed with the state show Tesla has plans for a sales, delivery and service center at 7825 Helen of Troy. The company did not respond to a request for comment.

When Elon Musk, CEO of Tesla, announced in a series of tweets that he was planning to move the company’s headquarters out of California and to Texas or Nevada, the Borderplex Alliance got to work.

“Exiting CA? The Borderplex is the 4th largest manufacturing hub in North America and perfect for Tesla. A prospectus is headed your way soon!” the Borderplex Alliance, a private-sector led organization that recruits businesses to the El Paso region, tweeted back last week.

Jon Barela, CEO of the Borderplex Alliance, said he believed it was good timing to reach out to Tesla, one of the world’s largest electric car manufacturers.

“We reached out, and they say in our business: Nothing ventured, nothing gained,” Barela said. “You never know.”

Attracting more corporate headquarters to El Paso, a city with only two publicly traded companies, Helen of Troy and El Paso Electric, has long been a goal of El Paso community leaders.

“I don’t want to get people’s hopes up, but there have been instances where large projects people thought would be impossible to recruit have happened,” Barela said.

He was unable to say whether Tesla had acknowledged their pitch, but there’s no doubt that it’s not the only one. Dallas, Fort Worth, Austin and others were quick to pitch their cities.

El Paso isn’t even the only Texas border county looking to get in the game. Hidalgo County, which includes the city of McAllen, has touted South Texas as a business-friendly place for Tesla with access to nearby auto manufacturing operations in Monterrey, Mexico.

Space X is also one of the tenants at Spaceport America, about 100 miles northwest of Downtown El Paso in Sierra County, New Mexico.

“What we no longer have is a shelter in place mandate,” said Hidalgo County Judge Richard Cortez in a letter to Tesla, which was also posted to Twitter.

Musk on Twitter had expressed frustration with a Tesla plant in Alameda County, California, that was forced to close due to COVID-19 stay-at-home orders.

Texas’ stay-at-home orders expired last month, and businesses have been slowly reopening across the state. But much of El Paso is still closed, including schools, universities and recreation centers. Gatherings of any size are still not allowed.

Salons opened last week and gyms are slated to open Monday, according to orders from Texas Gov. Greg Abbott.

Abbott told a Wichita Falls-based news channel last week that he has spoken with Elon Musk and said the Tesla founder is “genuinely interested in Texas.”

Barela said the business climate in Texas is better than can be found in California.

“The California market is extremely difficult to do business in, no doubt,” Barela said. “The regulatory environment, tax structure, labor costs are astronomical. For all those reasons, it’s become a tough place to do business.”

“We have a very compelling geographic location that allows access to major markets throughout North America, including rail connectivity, which is second to none,” Barela said.

Barela said the Borderplex Alliance has worked to relocate other California companies to the region, including FiveStars, a customer rewards platform, and Curacubby, an education management software platform.

Tesla says it’s serious about considering a move to Nevada or Texas, but the feisty automaker hasn’t always had a good relationship with the Lone Star State.

While Tesla already does some business in Texas, it’s not allowed to sell its cars directly to consumers because of the state’s franchise laws.

All cars in the state must be sold through independent franchised dealers. Texans can still buy a Tesla directly from the company and get the vehicle shipped into the state.

Tesla has centers across the state that offer service and delivery, but not direct sales.

El Paso Inc. reported last month that the car company has plans to build a center in Northwest El Paso, according to filings with the Texas Department of Licensing and Registration.

In a myth vs. fact article posted by the Texas Automobile Dealers Association, the TADA argues that the franchise laws were put in place to prevent any car maker from gaining a monopoly in sales in the state, and that nothing prevents Tesla from selling cars to Texans online or continuing its gallery model of sales.

“All that state law requires is that any retail presence in the state be operated through a franchised dealer of Tesla’s choosing,” the association states.

A TADA spokesperson added in an email, “We support economic development in Texas. We don’t believe laws governing any industry should be changed for the benefit of a company for their location of operations in the state.”